Watford fell to a narrow 1-0 defeat at the hands of West Ham United on Tuesday night, with Jarrod Bowen’s second-half strike proving enough to settle the hard-fought encounter in east London.

Roy Hodgson’s charges were patient from the off and while resolute at the back they threatened multiple times in the first half through Juraj Kucka, Joshua King and Moussa Sissoko.

The Champions League-chasing Irons had chances of their own and took the lead after the break with the game in the balance, Bowen seeing his shot from range deflect in to earn what proved to be the winner. 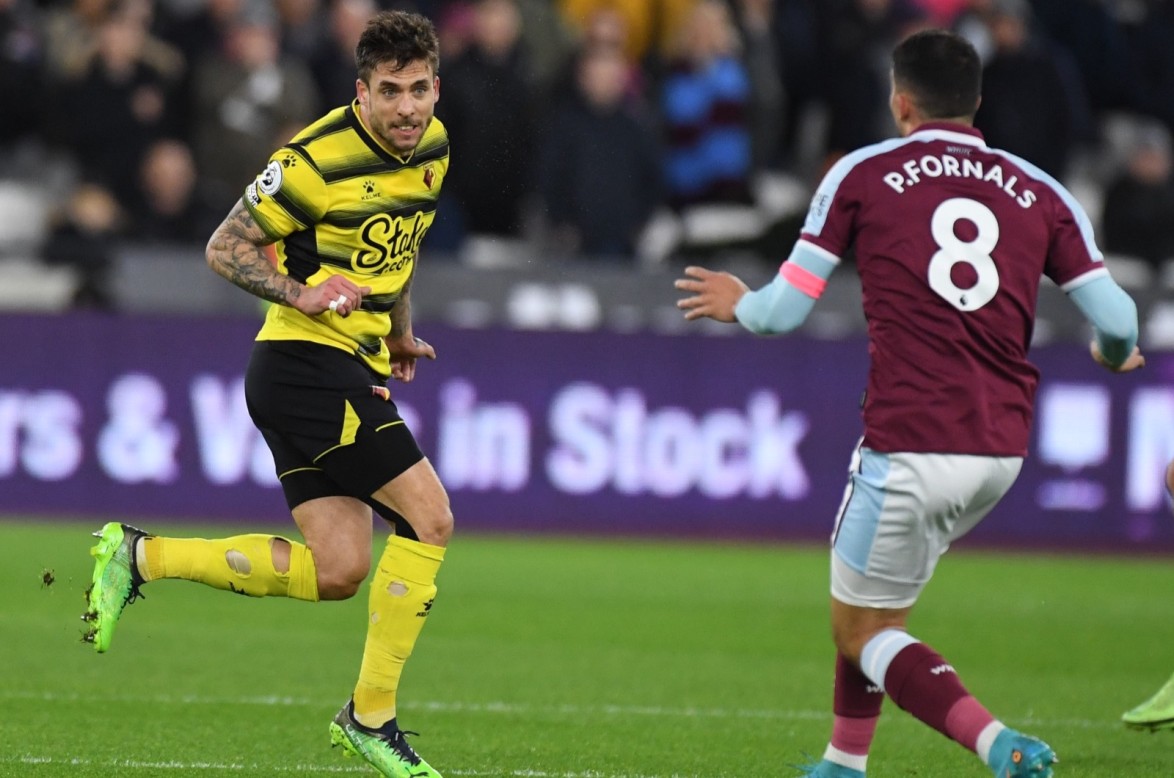 Despite leaving the capital without any points to show for their efforts, Watford’s disciplined display provided plenty of encouragement, and they will quickly turn their attentions to getting points on the board against Brighton at the weekend (Saturday February 12, 3pm KO).

Both sides lined up wearing pink armbands to pay tribute to Isla Caton, a young West Ham supporter who died recently from a rare cancer, while fans inside the ground honoured her with applause both before kick-off and on the seven-minute mark during the match.

Watford manager Hodgson had made two changes from the team that started the 0-0 draw at Burnley last time out - with Tom Cleverley and Emmanuel Dennis drafted into the XI - and his side made a solid start under the lights at the London Stadium. 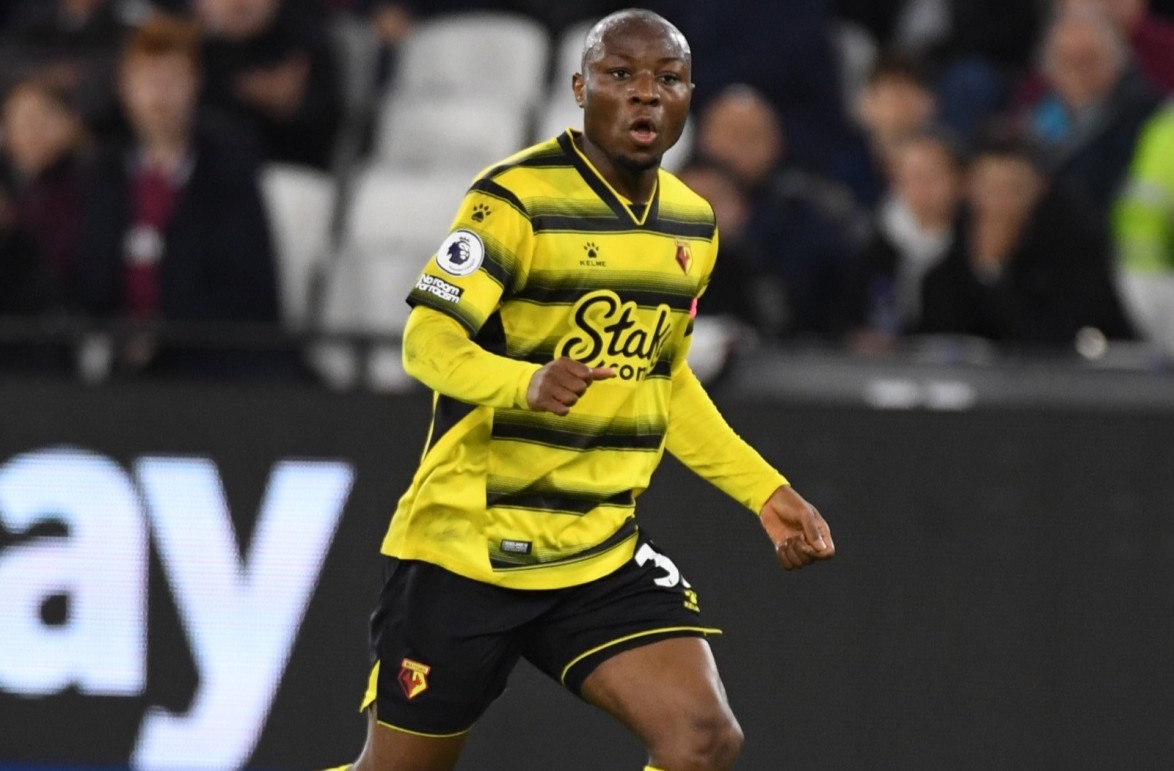 Hassane Kamara and Kucka pressed confidently down the flanks in the early stages as West Ham struggled to break the Hornets down, and the visitors calmly cleared the danger of an in-swinging Hammers free-kick in the 10th minute after Edo Kayembe had fouled Bowen.

Kamara saw a speculative effort flash well wide just shy of the 20-minute mark, but Watford had gradually grown into the encounter and a Kiko Femenía corner again caused the home side problems, though Kurt Zouma headed clear confidently. 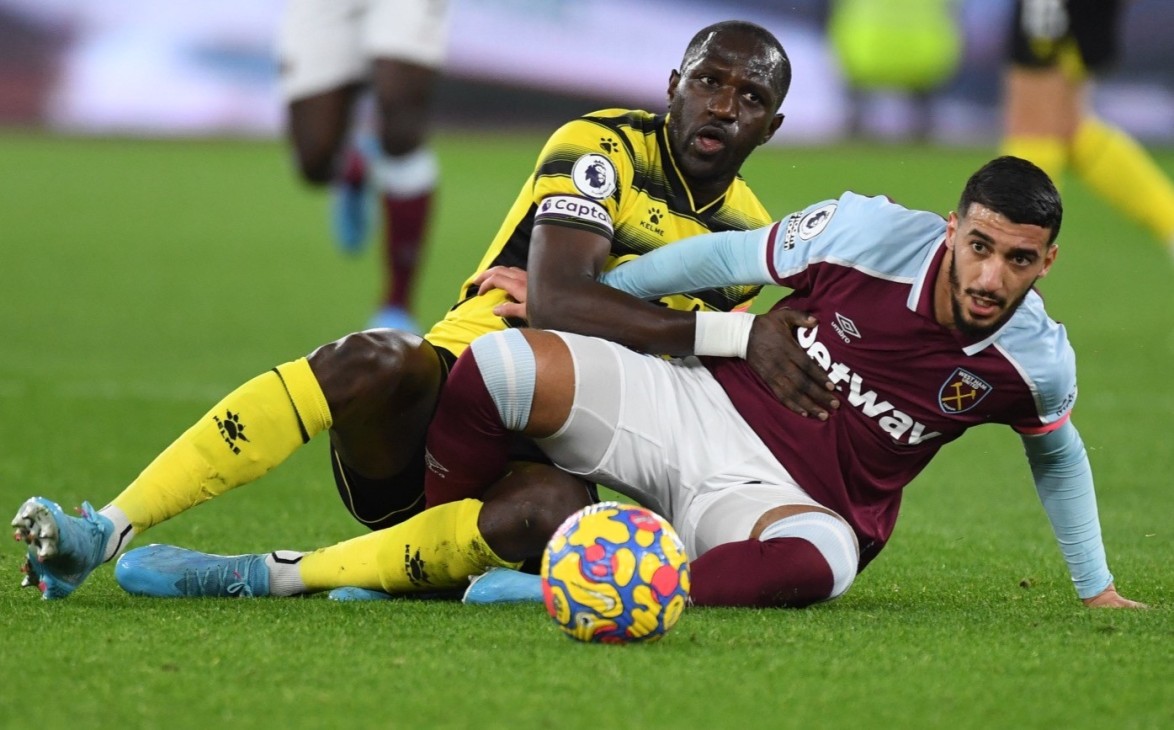 A last-ditch tackle was required to prevent King firing at goal from close range in the 26th minute, and then skipper Sissoko tried his luck from distance, but Irons midfielder Tomáš Souček quickly served a reminder of the hosts’ threat by heading narrowly over at the other end.

Goalkeeper Ben Foster was called into action nine minutes before half-time to brilliantly deny Saïd Benrahma from a tight angle, and the latter then rattled the post with his follow-up effort as the game remained in the balance.

Watford burst out of the blocks after the interval and forced the first corner of the second half three minutes in, though both Femenía’s set-piece and Kayembe’s subsequent cross did little to worry Łukasz Fabiański in the home net. 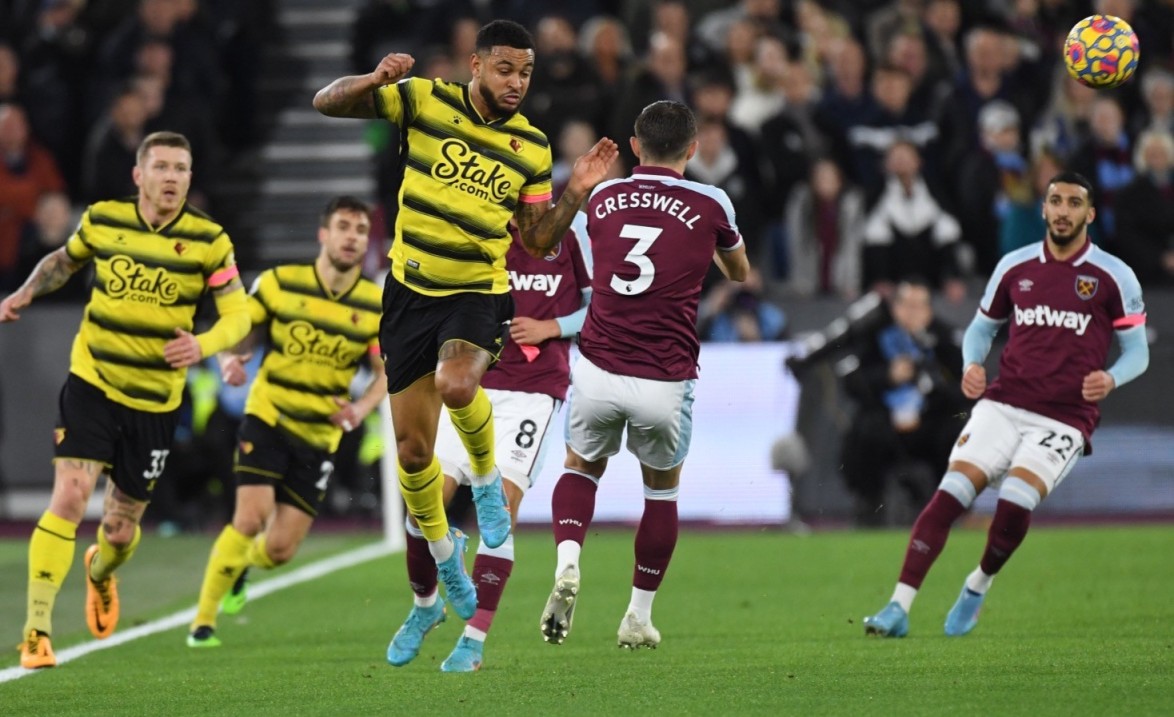 Benrahma fired over from the edge of the area as Watford were forced to remain on red alert, but King soon found himself through on goal before Rice neatly intercepted and put the ball out for a corner.

The two teams exchanged corners as the game ticked past the hour mark, but West Ham were soon in front as Bowen’s tame effort deflected off Samir and past Foster into the Watford goal.

With the game’s momentum now in the Hammers’ favour Souček went close to doubling their advantage, yet the Hornets refused to lie down and Cleverley skewed over after latching onto King’s pull-back from the corner of the pitch. 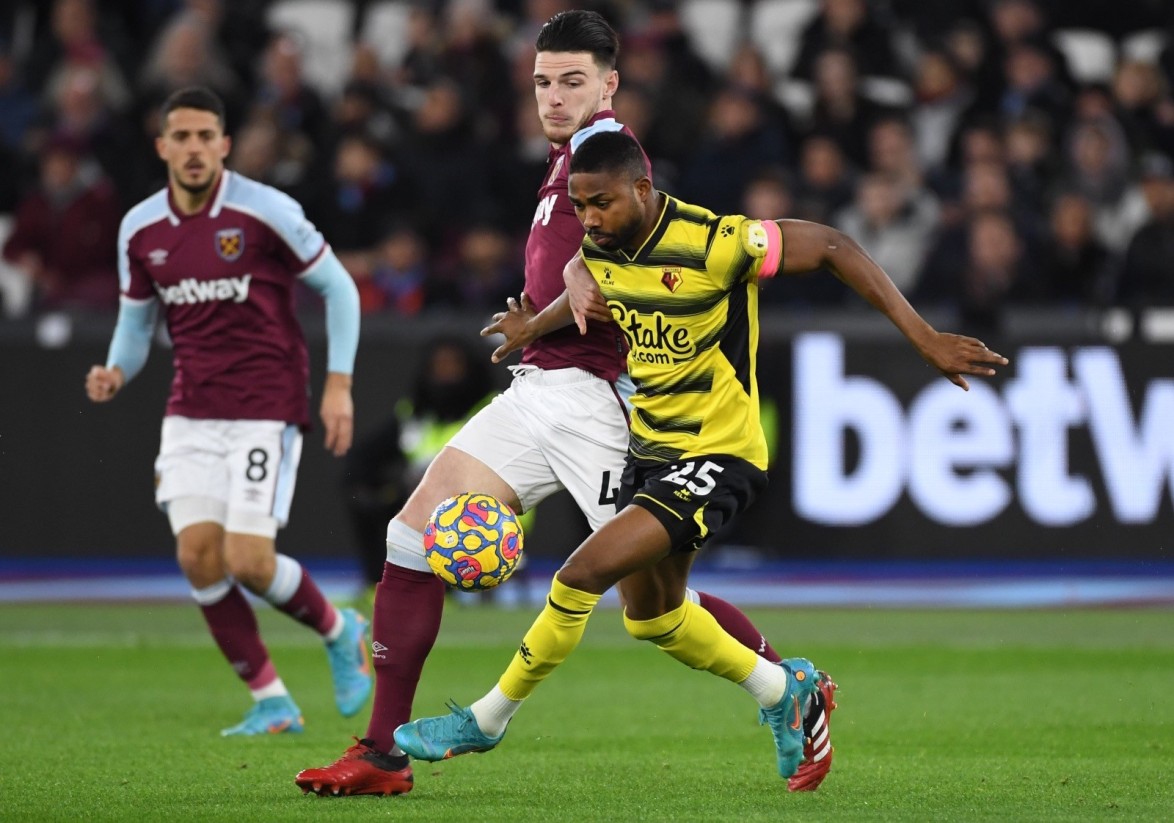 Cleverley forced a powerful stop from Fabiański in the 75th minute, but less than 10 minutes later Bowen went within inches of notching a second but for a world-class save from Foster that steered the ball onto the post.

King and Dennis continued to lead Watford’s late search for an equaliser with the former close to finishing off a smart cross from substitute João Pedro, but the Hammers ultimately held on to claim all three points and back up their win at Vicarage Road in December.