Another home game, another win – a sixth in seven games – and a best start to a season at Vicarage Road in at least 13 years. No wonder the fans are so desperate to have their name pulled out of the hat ahead of the return of supporters next week.

There are issues to be fixed on the road, the Head Coach and the players are aware of that, but this grand old place is becoming a fortress and no-one will look forward to coming here this season, especially when fans are drip fed back in. The win over Preston was the biggest of the season, the fourth time in five home games they had scored at least three goals and only Bournemouth have prevented a 100 per cent record. The 19 points the team have harvested from seven games eclipses the 2007/08 haul of 16 under Aidy Boothroyd.

That particular anticipated push for a swift return to the top flight fell away, but this one should, fingers crossed, have legs, especially as the team is expected to get better and more fluent. The depth of the squad should also play a part, particularly amid such a punishing schedule. It is doubtful there is a team without players of the calibre of Étienne Capoue, Will Hughes and Tom Cleverley and yet still able to field a midfield two with full and England Under-20 honours. 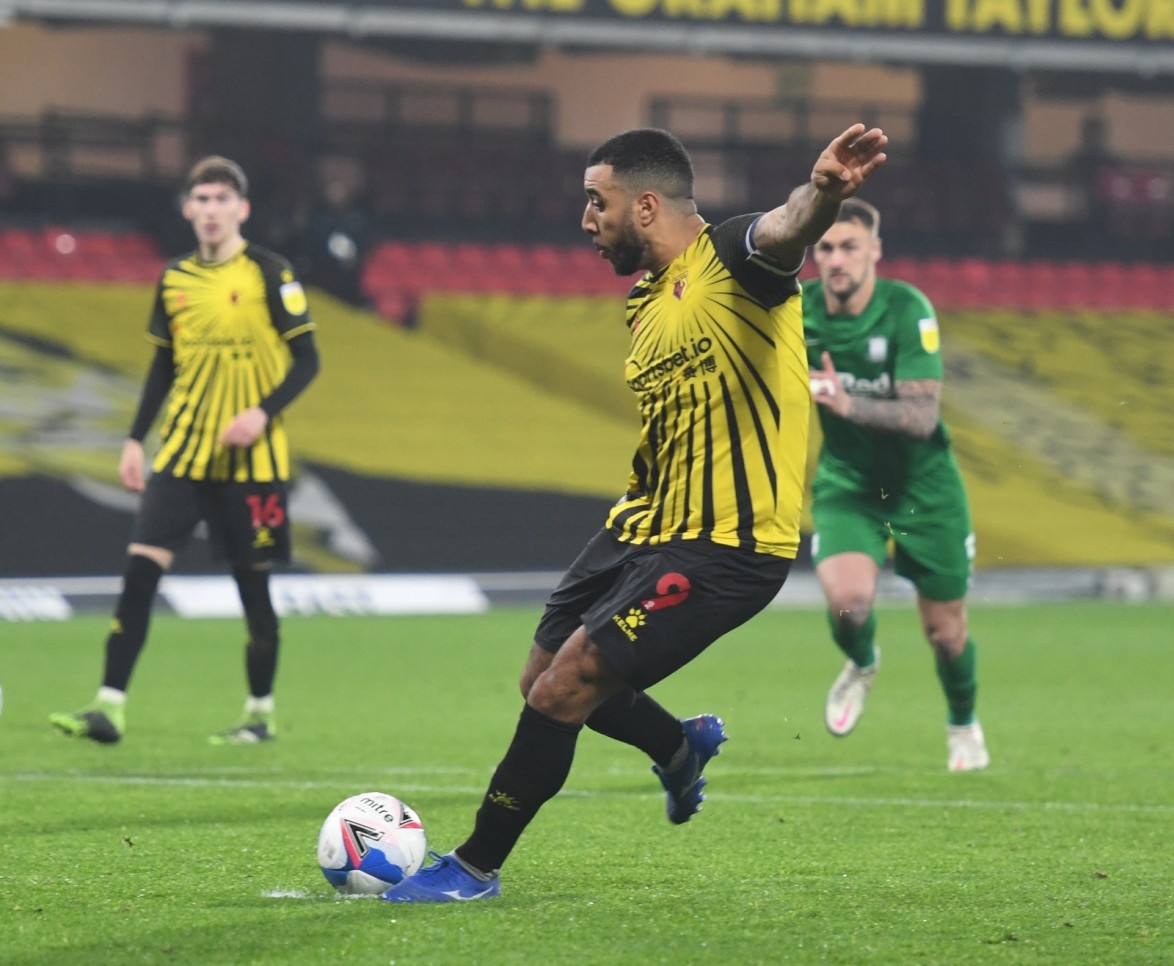 You also had Portugal youth international Domingos Quina playing as a makeshift left-midfielder and he chipped in with his first goal in nearly two years, and his third for the club, after nine minutes. Troy Deeney is slightly more used to finding the back of the net and he slammed in his 133rd for the club eight minutes after half-time from the spot. Not done there, the captain then was involved in a lovely give-and-go with Nathaniel Chalobah for the third that clinched it. It was needed as Preston had threatened to make it a tricky last half-hour when Tom Barkhuizen made it 2-1.

Deeney departed with 20 minutes left as his job had been done. There are plenty of battles ahead and there was no point risking him with this one won. It was one of those days when he would have got a rousing ovation from a packed house as he ambled off and milked it for all it was worth. He was just putting his warm jacket on and sitting back in his chair when João Pedro made it four.

The Brazilian was on after half-an-hour because of an injury to Andre Gray. It was a real shame we only saw the restoration of Deeney and Gray for a third of the match before Gray limped off with a hamstring problem. In their first outing from the off in more than 14 months, and only the 14th time they had been paired together, they looked menacing and set the tone from the front. It took just two minutes for Deeney to find his old sparring partner and for Gray to show the confidence to let fly. The effort smacked against a defender, but the intent was clear. Gray then returned the favour to Deeney three minutes later with a cuter pass. 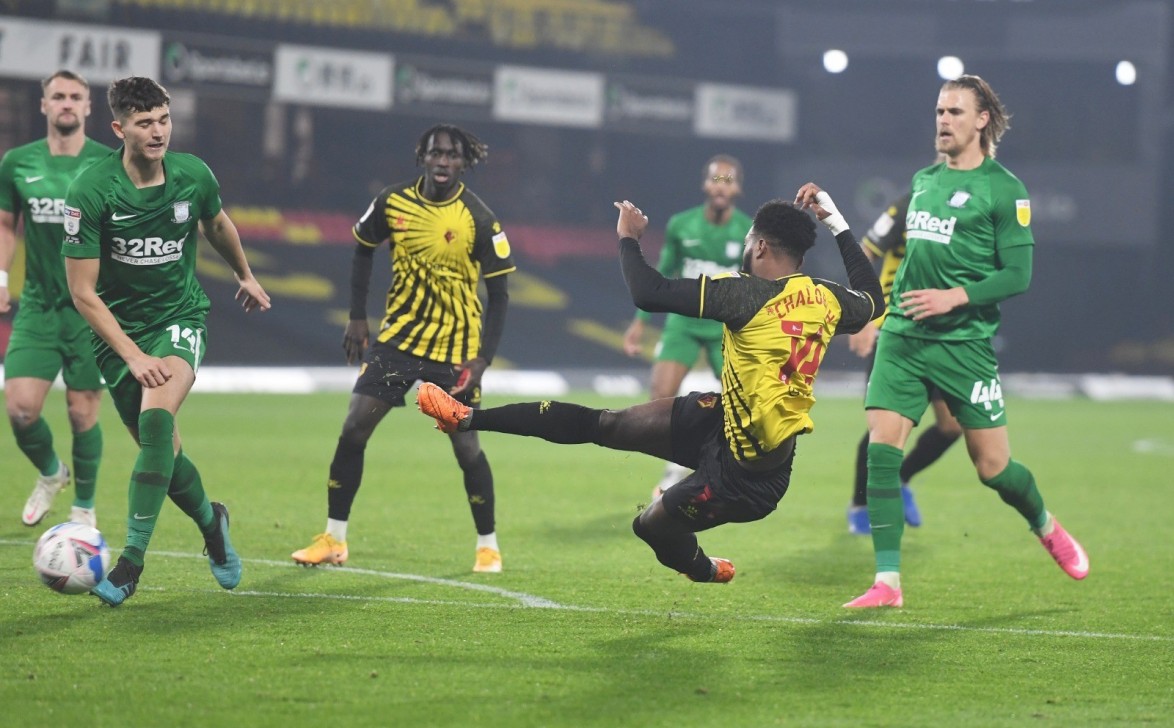 Without the pressure of being the lone front-runner, you had Gray closing down the 'keeper and harrying Jordan Storey on the touchline. The rest of the team fed off that energy, particularly James Garner who rattled into three tackles in quick succession, including an over-zealous one on Brad Potts that earned him a yellow card. This was the intensity Head Coach Vladimir Ivić had been demanding.

It was not all plain sailing. It never is in this division. Sean Maguire and Potts, with a much closer one, had chances before the home side scored first while Ben Foster had to save bravely and smartly with his legs from Patrick Bauer even after Quina had put the team in front.

The team lost a bit of momentum after Gray, fearing a recurrence of the injury he sustained against Tottenham Hotspur, trudged off somewhat disconsolately. The Golden Boys were still largely in control without even being dominant. They thought they had that buffer of a second goal before half-time, that one that allows you to relax a bit more, but Ismaïla Sarr had strayed offside in converting a Deeney header from a pre-rehearsed Garner corner. 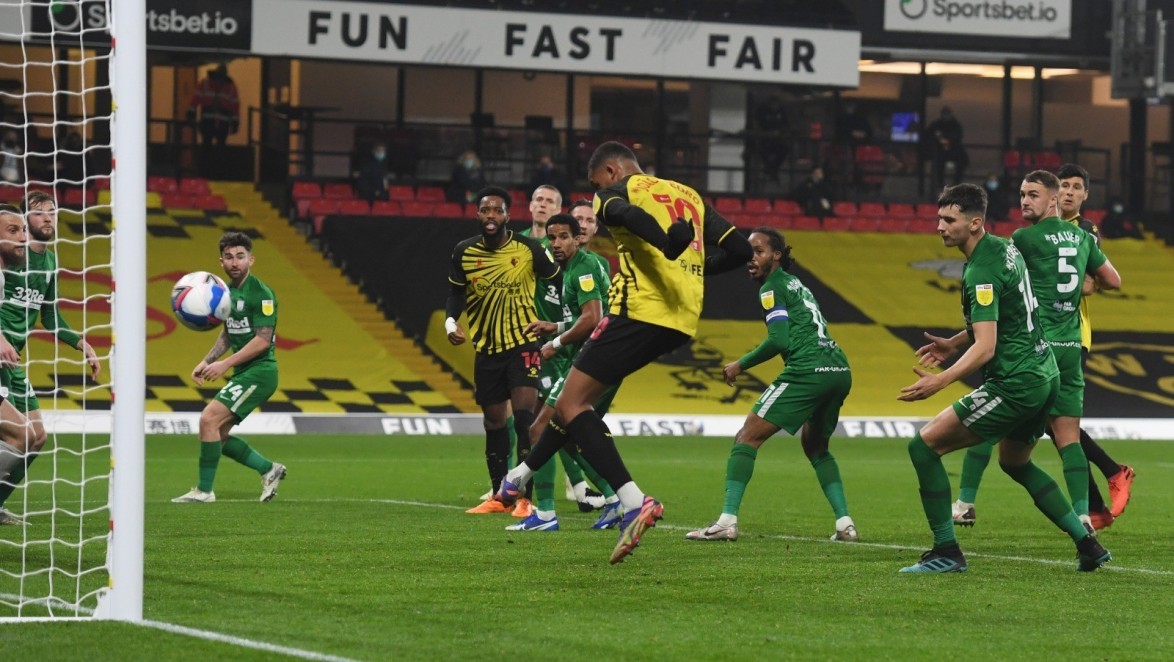 There were four goals in 13 second-half minutes against Coventry last time out here and there was a similar flurry after the break again, this time in a six-minute spell.

Deeney smashed in a penalty, his 33rd for the club, after Sarr had been fouled; Barkhuizen pulled one back with a shot that deflected off Garner and then Chalobah scored the goal of the game after sweet exchange with Deeney. It could have been more. Declan Rudd prevented the now full-of-confidence Deeney from finding the bottom corner with a low save and then dived high to his right to deny Sarr from lashing one in from range.

The fourth goal that had been coming did arrive on 74 minutes when João Pedro tucked one in at the far post from a Garner corner. This was now the going over the team had been threatening to give someone. Now the task is to transfer a slice of this form to the performances on the road, starting at Forest on Wednesday.