Who said games involving Watford this season were boring?

The Hornets doubled their goal tally for the season inside 50 minutes on the back of their most fluid attacking display and yet were so fast and loose going forward they inadvertently treated connoisseurs in the art of goalkeeping to an absolute masterclass from Ben Foster, including a stunning second-half penalty save. It was a bonkers game, really, and could have ended 5-5.

The helter-skelter nature of it will take a bumper Hive Live show to explain and will no doubt have infuriated Vladimir Ivić, who loves a 1-0, and former defender Tony Mowbray, the Blackburn boss, but the games come so thick and face in this chaotic league that you just move on, gratefully accept another three points, the fourth maximum haul of the season, and move swiftly onto the next one.

The main takeaways were that, in the magnificent Foster, the Hornets have the best 'keeper in the league, that this represented the first time the Golden Boys had won three in a row at home since Christmas, the first time they had scored three at home since that memorable win over Liverpool in February and, perhaps most importantly, they are up to third in the league and motoring nicely.

Étienne Capoue is also back, making his first appearance since July 11 and reminding everyone of his class with a double nutmeg late on; James Garner looks a player of real promise while João Pedro is developing really nice and now has three goals this season. 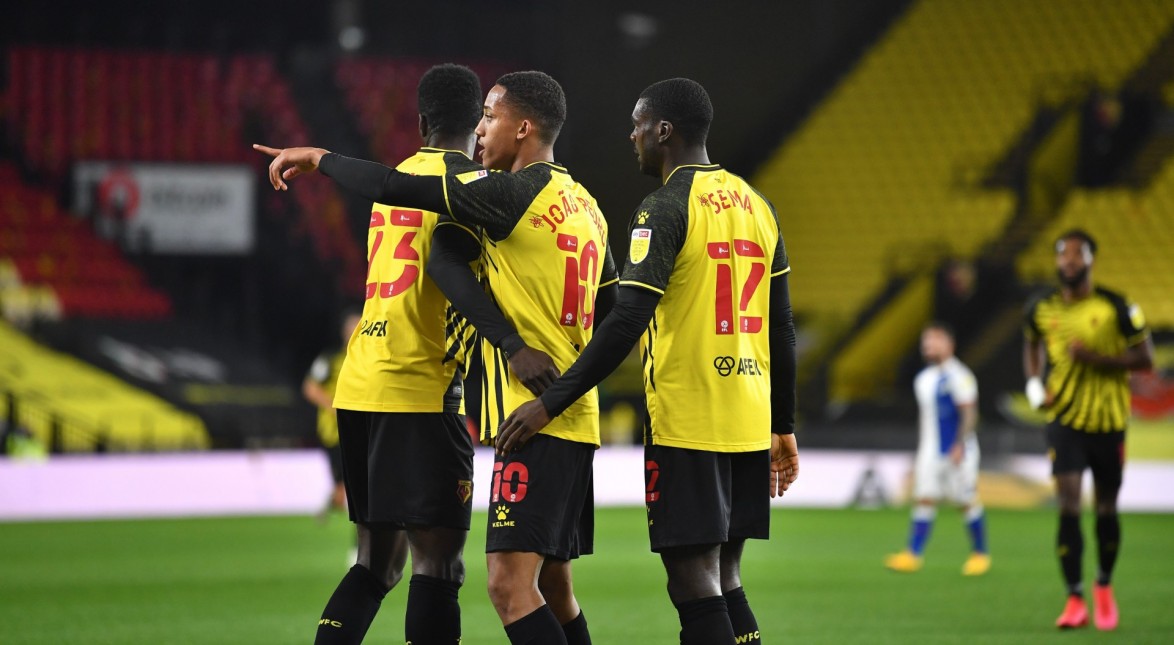 It really was a curious first half. Foster was by far the busier of the two keepers, making three saves that would otherwise have resulted in goals. Christian Kabasele could, on another night, have received a straight red card for denying a goalscoring opportunity; the home side had to feed off a third of the possession and yet they found themselves 2-1 up at the break.

The fact they were, was down to the fact they were ruthless in front of goal, plundering two in the space of four minutes. It also helps when you have a player of Garner's gifts, a player so keen to pass forward and probe defenders. He sent Kiko Femenía haring down the right on the overlap for João Pedro to neatly tuck in the first after 13 minutes. Garner was at it again less than 360 seconds later, selecting the pitching wedge from his bag this time to send Ismaïla Sarr sprinting down the same right-hand flank. He saw his shot, cleverly fired across the face of goal, saved by Thomas Kaminski and there was Cleverley in support and on hand to nod the ball into an empty net. It was Cleverley's first goal since the thrilling 2-2 draw with Arsenal here last season.

The Hornets had only mustered three goals in their previous five games and here they had two in 17 minutes. You wondered, at that stage, if they might cut loose and go for the jugular. 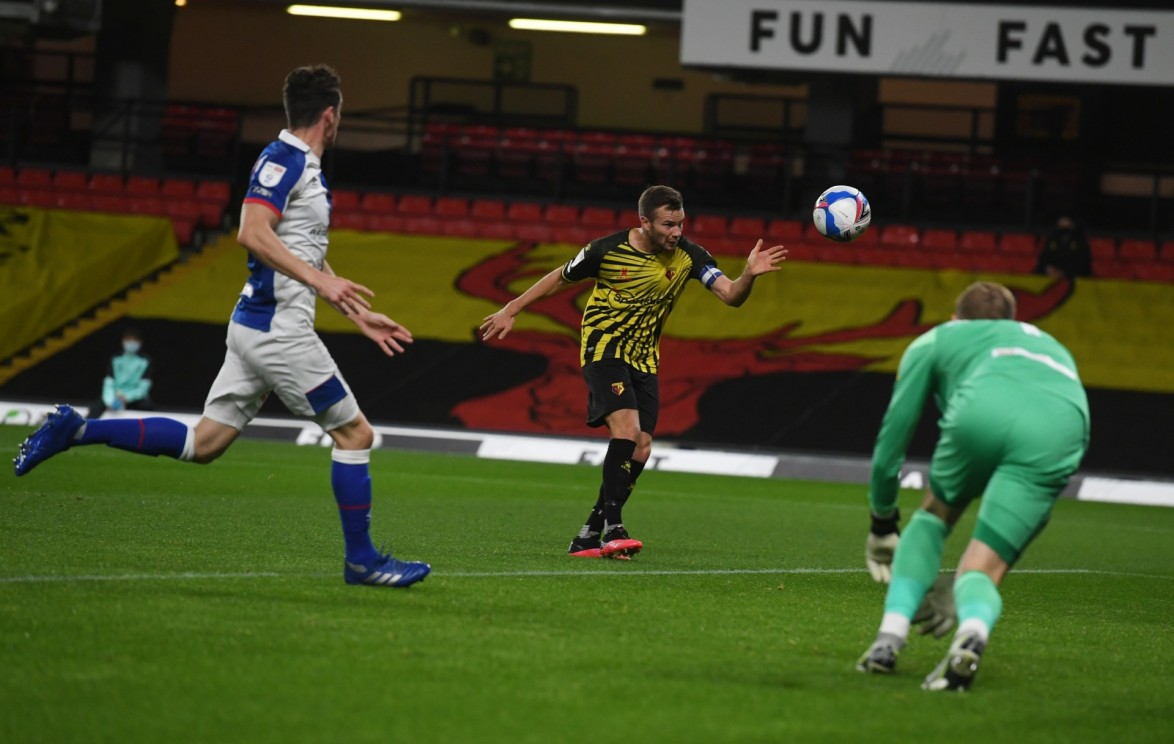 But Blackburn showed why they are the league's leading scorers by coming at the home side real hard before and after the double strike. Foster saved one from Adam Armstrong that dipped and swerved all over the place from right to left. The 'keeper then saved headers from Darragh Lenihan and Corry Evans in quick succession. So much for the Hornets having faced the second fewest shots on target in the league this season. With the fourth on target in a breathless first half-hour, Blackburn pulled one back with a fine snapshot strike from Ben Brereton. It was now very much game on after just 28 minutes.

The game had now very much loosened its top button and it was end-to-end stuff at times. The emphasis was very much on attack rather than defence.

João Pedro was a whisker away from restoring the two-goal lead before the break following a blistering burst of pace and then cross from Sarr. Everyone had just about caught their breath at half-time and the vast majority at home were just settling down with a cuppa when the Hornets made it three four minutes after the break.

Ken Sema engineered half a yard for himself down the left and whipped off a teasing cross, an absolute nightmare for defenders that Lenihan, under pressure from Sarr, inadvertently turned into his own net. It was the bit of breathing space the team needed as Blackburn came to have a real go and needed to be kept at arm's-length throughout. 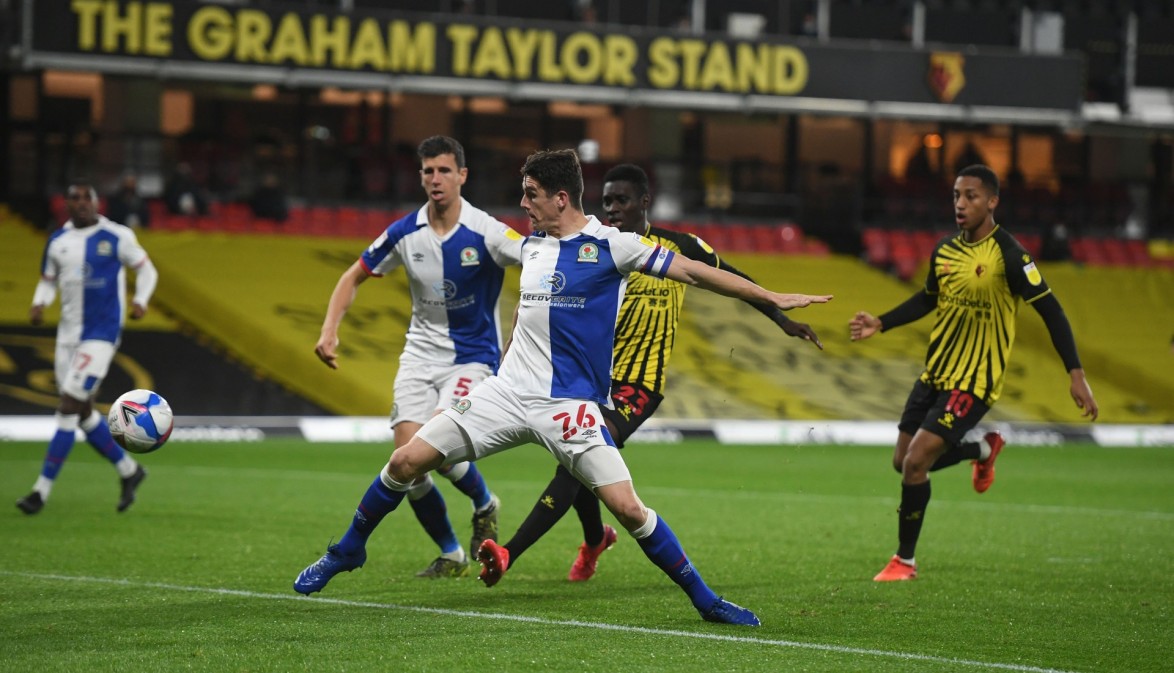 They refused to go away though, refused to be intimidated by the sight of Capoue striding off the bench on the hour. They forced another fine save from the overworked Foster, this time a finger-tip one to deny Armstrong while Nathaniel Chalobah had to bravely chuck himself in front of one from Bradley Johnson. Rovers were causing the Hornets more problems than any side this season and this game was by no means dead.

It threatened to take another twist when Craig Cathcart got the wrong side of Lewis Holtby and referee Andy Woolmer quite rightly pointed to the spot. But Foster got Cathcart off the hook by flying to his left to firmly push away Armstrong's spot-kick. It was the 12th of his career and he can't have made many better. 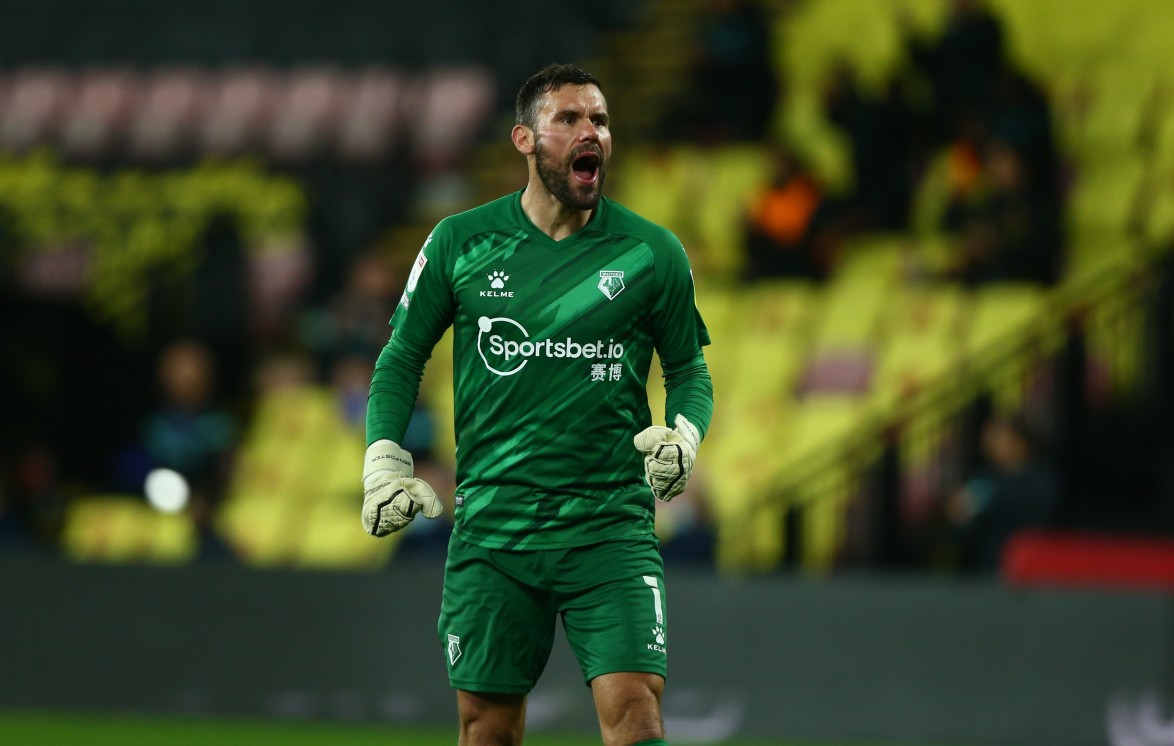 Sarr had a great chance to put the game to bed late on after more approach play from Garner and then the young midfielder tried an acrobatic attempt of his own. It was just the sort of full-blooded game United had in mind for Garner when they sent him on loan. You expect there will be more of this to come in this wonderfully unique division.