Eat your heart out Nick Wright.

Just over two decades on from that famous overhead kick against Bolton at Wembley, Danny Welbeck produced one equally outrageous that could, given its significance, be remembered just as fondly in years to come. Tim Krul, in the Norwich goal, didn't stand a chance with the acrobatic effort on 55 minutes. What a time to score your first Premier League goal for the club and what a manner to get it in.

It wasn't, like Wright's, in front of a full house at Wembley, in fact it was executed in front of a near empty one at Vicarage Road, but this will go down as one of the great Watford goals and be replayed time and time again. Welbeck will certainly want to watch it on a loop after the injury nightmare he has been through in the last two seasons. This would have felt like redemption for the England striker. 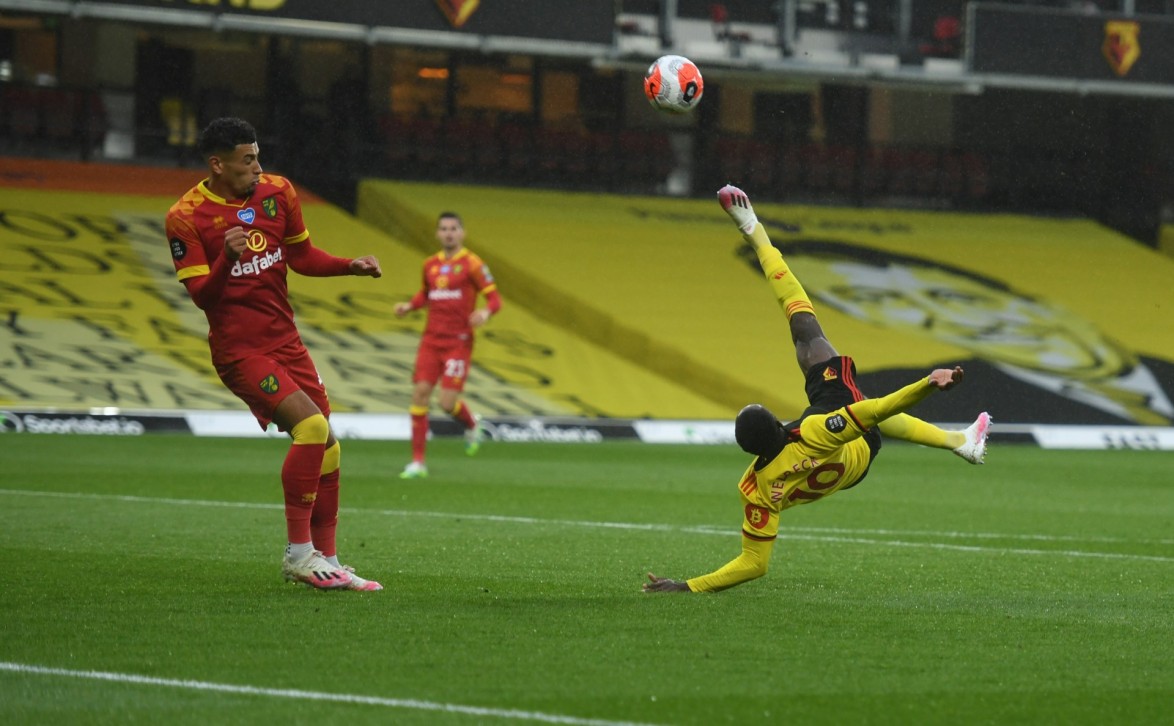 The goal will be of huge personal significance to Welbeck, but it had wider significance to this team, to this club and to the picture at the foot of the Premier League table. In moving four points clear of trouble with four games to play, they have put some scoreboard pressure on Bournemouth and Aston Villa, who do not play their game in hand until Thursday. Everybody connected with this grand old club would have taken that scenario pre-Christmas when the picture looked bleak indeed. The Hornets' fate is now very much in their own hands.

The nerve-shredding game provided a neat symmetry for Nigel Pearson. The Head Coach inherited a team that was rock bottom and three points adrift of Norwich after 17 games. A further 17 games later, following more twist and turns than a rollercoaster at Alton Towers, the Hornets have engineered a situation that has put them nine clear of the now-bottom Canaries and four clear of the other members of the bottom three. It's been quite the turnaround, although the demanding Pearson will be first to admit there is still plenty of work to be done.

As always, they did things the hard way, forced to come from behind to win a game for the first time since January last year at Selhurst Park. What a time to do it, though. 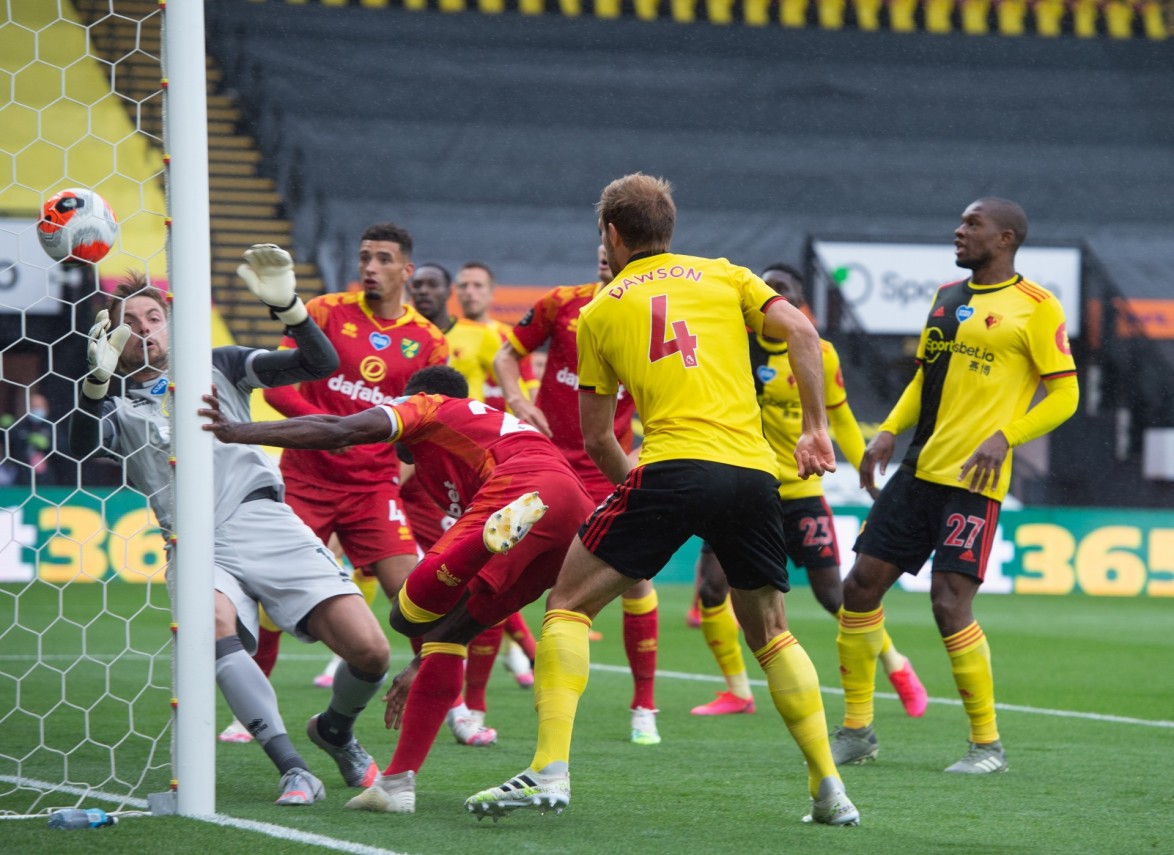 They made the sort of start nightmares are made of. Failing to heed the warning of an early shot across the bows by Emi Buendía, a free-kick that forced a scrambling save from Ben Foster, the home side conceded after five minutes when Buendía shifted the ball from his right to his left foot and curled one past the arcing dive of Foster. Barring having someone sent off in the process, it was hard to envisage a more deflating opening. This lot don't half make life hard for themselves.

The Hornets need to hit back quickly and, to their credit, they did just that six minutes later. A deep free-kick from the right by Étienne Capoue picked out Dawson at the far post and the defender headed it home at the near post. It was the perfect response, particularly timing wise. You wouldn't have wanted to be behind for too long in this one and given Norwich a cause to rally round, something to sit back and defend.

Energised, the Hornets started to play with confidence and energy. Christian Kabasele almost got in on the end of another free-kick from Capoue while Ismaïla Sarr made two threatening raids down the right either side of the drinks break, the first forcing a desperate clearance from Ben Godfrey at the near post. This was easily the best first-half performance by the team since Project Restart, 45 minutes played at the right tempo and full of attacking ambition. A Welbeck header, three minutes before half-time, from a Sarr cross following an interception by Kiko Femenía encapsulated all that was good about the first half. 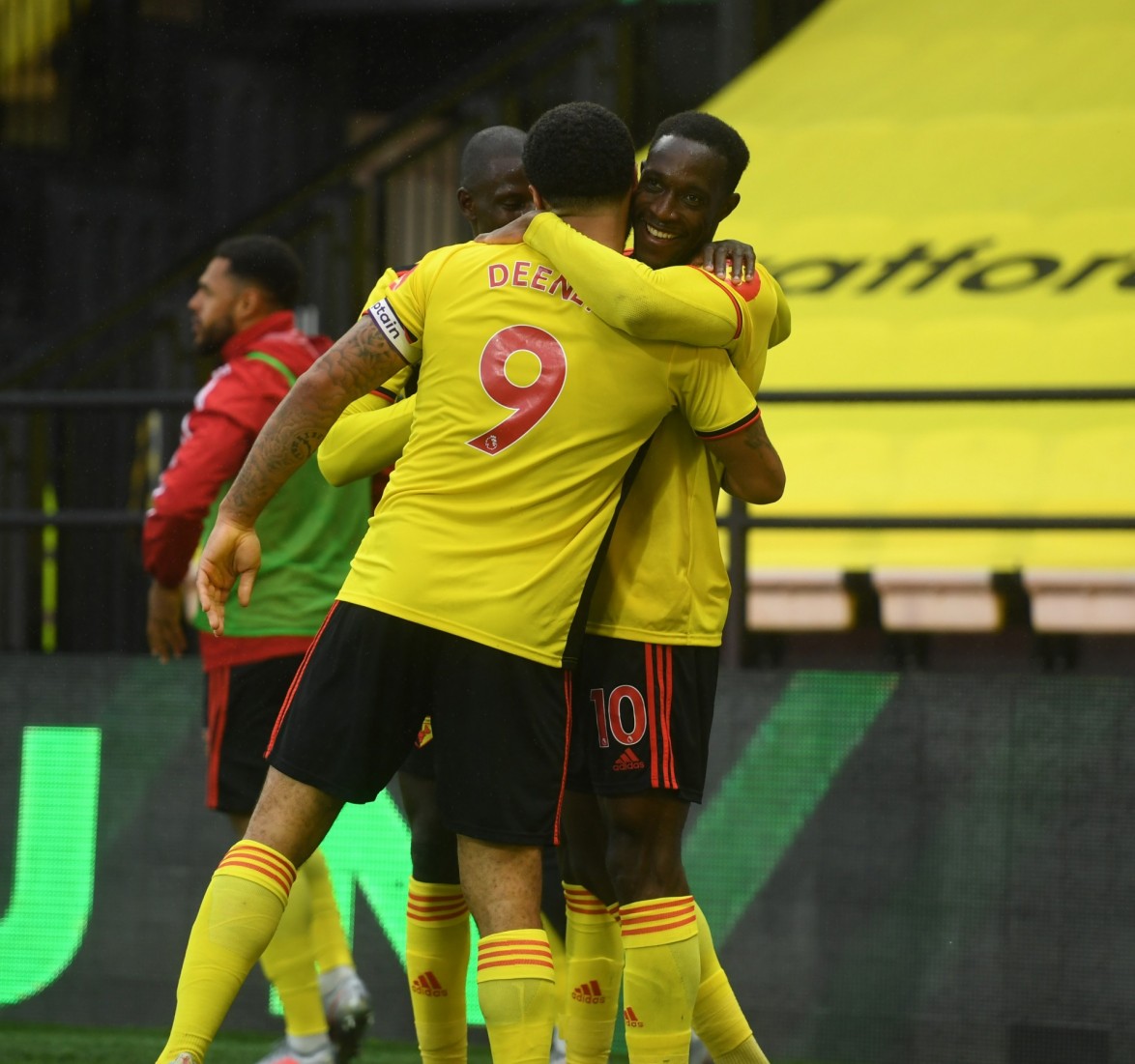 The home side didn't immediately recapture the same intensity after the break and it took last-ditch blocks from Kabasele, with his chest, and Foster, with his foot, to prevent the Canaries from scoring at the start of the second half, too. They proved inspired interventions as they laid the platform for Welbeck to do what he did on 55 minutes. Sarr, who had his best game since the high-water mark performance against Liverpool, did the leg work with a penetrating run down the right. He cut the ball back for his supporting teammates, the ball took a deflection, looped up and Welbeck did the rest with the bicycle kick. It was the second one at the Rookery End in three matches. The roof would have come off at that end had the fans been allowed in.

It was, unsurprisingly, squeaky-bum time thereafter. The Hornets desperately needed a third to ease jangling nerves and Norwich, with nothing to lose and time running out on their Premier League campaign, went for broke. It combined to make for nearly unwatchable viewing, particularly when Adam Idah almost slid one in at the far post with five minutes remaining.

The Hornets held on, just about, and everyone at home was able to come out from behind the sofa. What a relief. And now we've got to do it all again on Saturday lunchtime. How are your nerves?