Martin Dúbravka saved a penalty from Troy Deeney in a dead rubber at Vicarage Road in May two years ago. Dúbravka even saved the rebound. Deeney, with a penalty that means something and at his favourite Rookery End, is a different proposition altogether, though, and the Newcastle 'keeper failed to lay a glove on the one the captain rammed down the middle seven minutes after half-time of this absolute nerve-jangler.

It was Deeney's 123rd league goal for the club and would rank extremely high on the list of importance. It could, depending on how things pan out, be up there with the spot-kick he slammed in at Wembley in the FA Cup semi-final. Not done there, not by a long shot, the legendary skipper muscled in another from 12 yards on 82 minutes to complete the second successive comeback back from one down. What cojones. Get that statue ready. Rename the Rookery Stand.

The upshot of Deeney's 29th and 30th successful penalties for the club he has served for nearly ten years is that the Hornets' destiny remains firmly in their own hands with three games remaining. It isn't quite snookers but Bournemouth alone now, because of the goal difference, need seven points to overtake the Golden Boys in their last four games, one of which is against Manchester City. And that's without the Hornets getting anymore points. 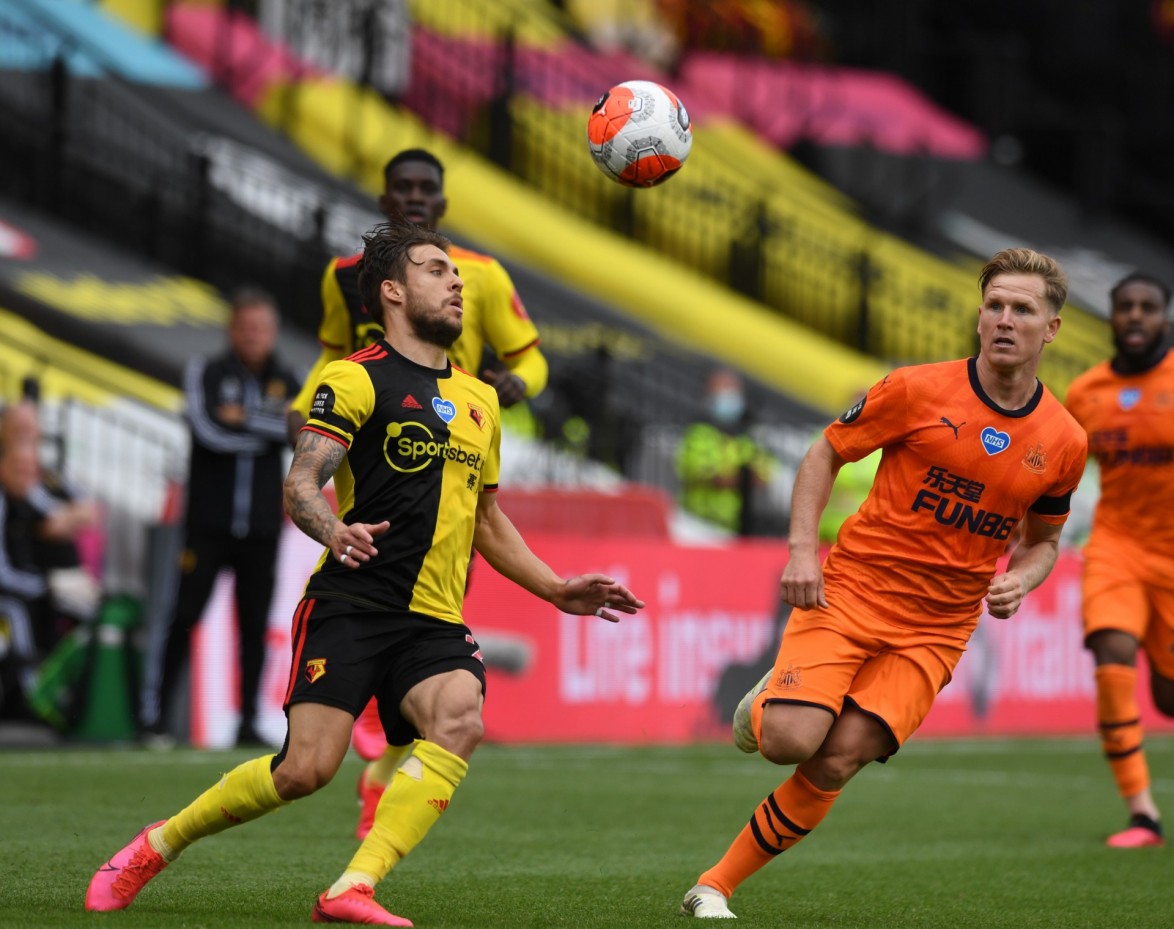 Yes, the final two look awkward for the Golden Boys but everyone would have taken this equation with three games to go when the Hornets were nine points adrift (ten if you include a lousy goal difference) of safety before they played Manchester United at home in the final game before Christmas. It could turn out to be the greatest escape of the lot from that expert escapologist Nigel Pearson if the Hornets, as they now should, pull this one off.

As always, they never made it easy for themselves. They never do, taking a little while to warm to their task and probably 50 minutes before they played anything like they are capable of.

Early on, Allan Saint-Maximin fizzed one across the face of goal and caused such alarm with that dynamic piece of play that Danny Welbeck and Adam Masina doubled up on him next time he got the ball. He wasn't the only threat, Miguel Almirón forcing a near-post save from Ben Foster on 11 minutes. It was quite clear early on this was not a visiting team who on their holidays just yet. 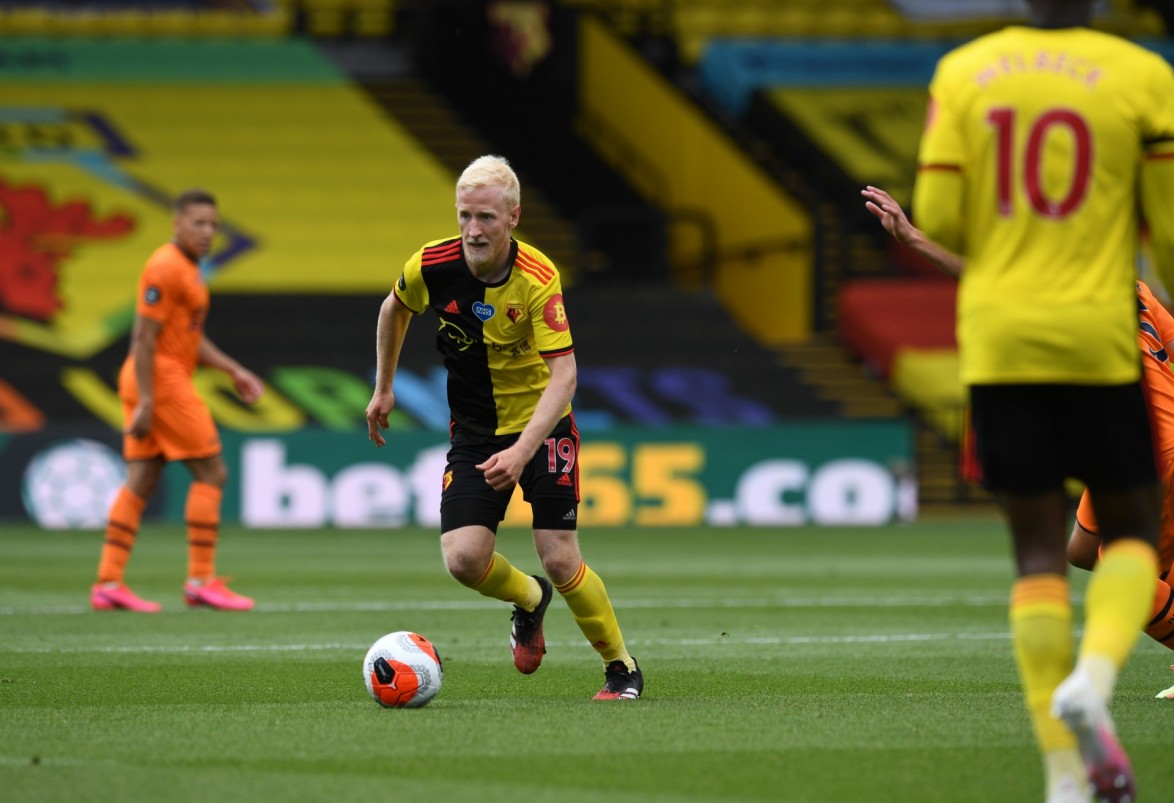 And yet, for all the invention from the Magpies early on, the Hornets came within a whisker of taking the lead on 16 minutes. Will Hughes regained possession by snapping into a perfectly-timed tackle on Saint-Maximin, and a move down the right resulted in a cross to the far post for Welbeck. He connected with a side-foot volley, beat Dúbravka via the post but Jamaal Lascelles was on hand to prevent the rest of the ball spinning over the line. It wasn't quite as close as the one Ignacio Pussetto hooked off the line against Tottenham, but it wasn't far off.

It proved to be a pivotal moment as, seven minutes after being perilously close to being behind, Newcastle got their noses in front. A flick-on by Federico Fernández from a corner on the right was tucked in by Dwight Gayle, the arch poacher, at the far post. It was the fourth home game in a row the Hornets had found themselves behind.

It could have been a lot worse had Foster not denied Saint-Maximin when he drove in from the right with just the Watford 'keeper to beat. It was a big, big let-off. 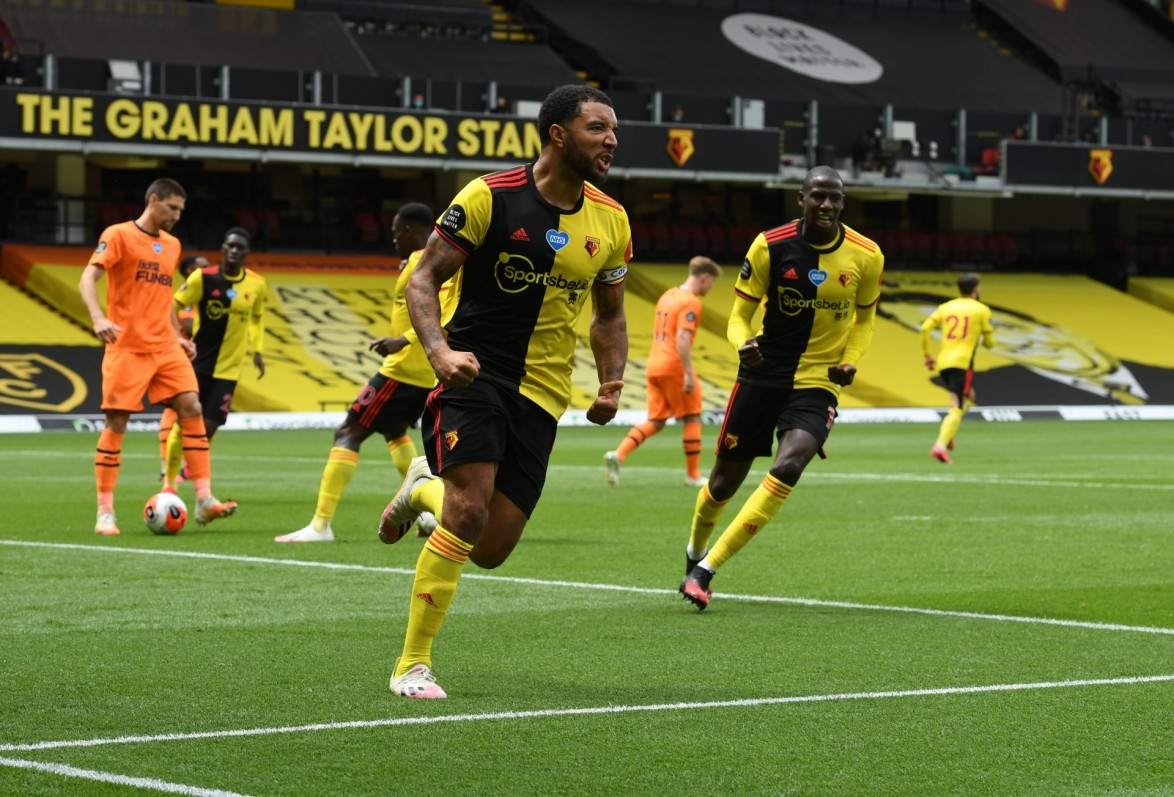 It was one they made the most of as within six minutes of the restart, they had a penalty, Kiko Femenía going down in the box after some lovely link-up play with Ismaïla Sarr. It was the first time Sarr had found himself in a bit of space and he made a decisive contribution.

Like at Wembley against Wolves, Deeney had plenty of time to think about it amid a VAR check, finding time to even go over to the bench for a drink. Nothing ruffles the skipper though and he calmly walked back to his natural habitat, got his head down and rammed it past the Newcastle No. 1. He's got some nerve, this bloke.

It was his first goal since that epic win against Liverpool and only his second in his last 11. What a time to get it. The goal energised the captain and he was omnipresent for the next ten minutes. He should have scored a second after engineering himself a shooting chance from 15 yards; combined with Welbeck for the England striker to put a deflected one on the roof of the net and then dovetailed with Doucouré for the Frenchman to rifle a rising drive just over the angle of left-hand post and bar. They could really have put the game to bed in that purple patch. 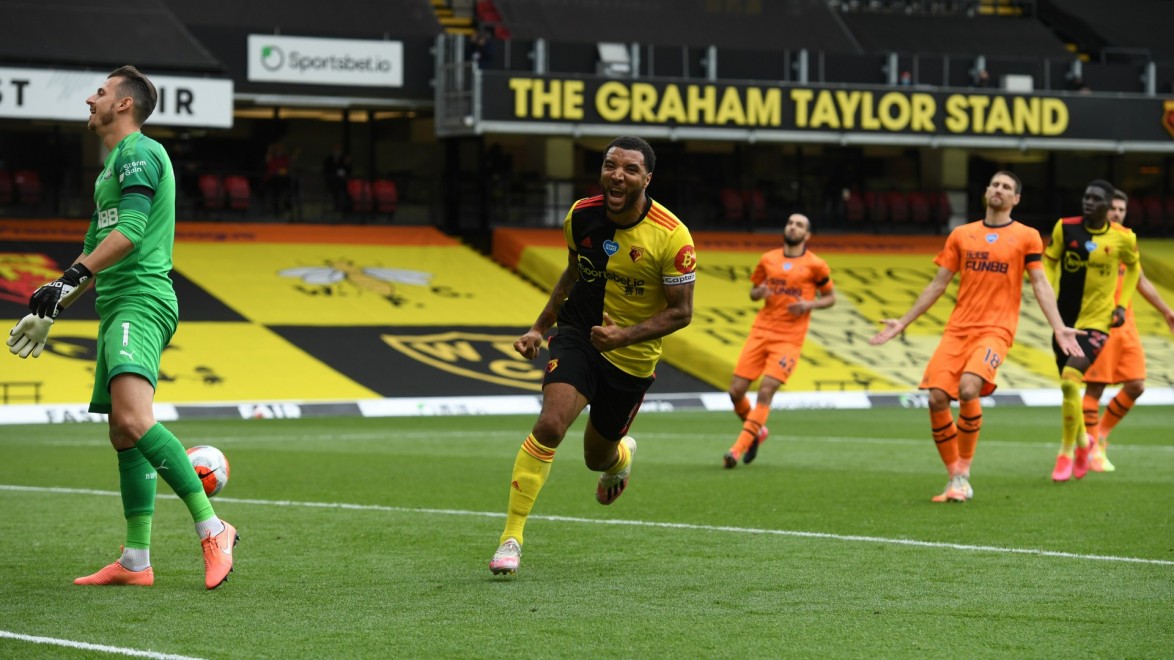 Deeney got his second moment though, his chance to yet again bend a game to his will at this famous old place. Newcastle hadn't conceded a penalty all season but they conceded two in a half when Javier Manquillo wrestled Sarr to the ground. It was a stonewall penalty and not a single Newcastle player complained. Deeney then did the rest.

It was a shame on so many levels that no-one was really here to witness it. The captain certainly deserved a standing ovation when he was replaced by Tom Cleverley with five minutes to go. He might even deserve the freedom of the town if he drags the team over the line in the last three. Just who writes this man's scripts?