And so the curtiain came down on another season, the 122nd in the club's history and one of the most remarkable and curious.

This campaign, which has seen the Hornets score three fewer away from home than relegated Wycombe and head into mid February nine points off the top and yet get promoted with something to spare, will take some explaining to the grandkids, especially when you tell them only three games had fans in attendance, and even then it was only 2,000 each time.

It was therefore probably entirely predictable, given the exhaustive nature of a campaign that ebbed and flowed throughout, that this final game fell flat and didn't match the fine display of pyrotechnics that greeted the players as they walked out. Although it caught fire in the last half hour, it felt like the last day of term at school. It was perhaps no wonder when the Hornets made six changes to the side that lost to Brentford last week while Swansea withdrew key players on 65 minutes with the play-offs very much in mind. 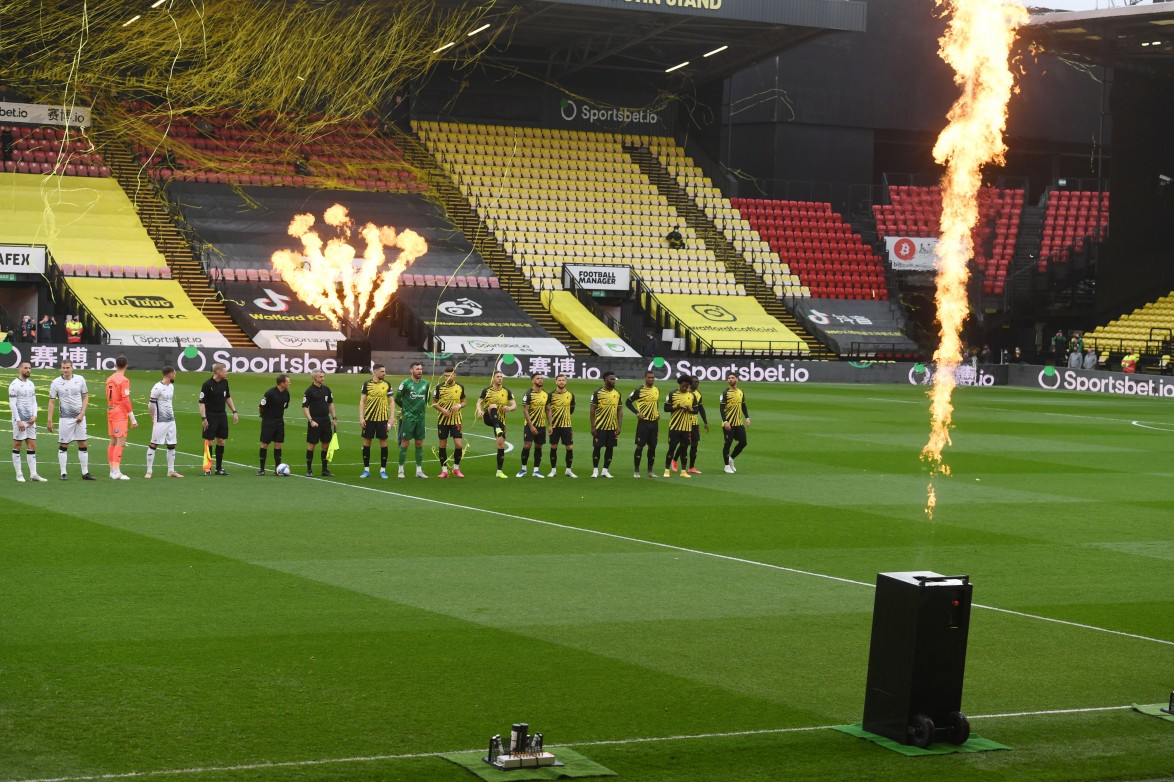 A goal just before the hour from Andre Gray and three minutes from time from Isaac Success was enough to win a 19th home game of the season, which is a club record for most home wins in a Football League season. This group only dropped ten points at Vicarage Road all season and last conceded a first-half goal in these parts at the beginning of December.

Gray's goal was a nice reward for the striker as he's worked hard on and off the field for very little reward on the pitch. It also came at the end of a special week where it was announced he is going to be a father. It was also heart-warming to see Troy Deeney run on for his 417th appearance for the club as it was his goals during an ugly part of the season that kept the team in touch. 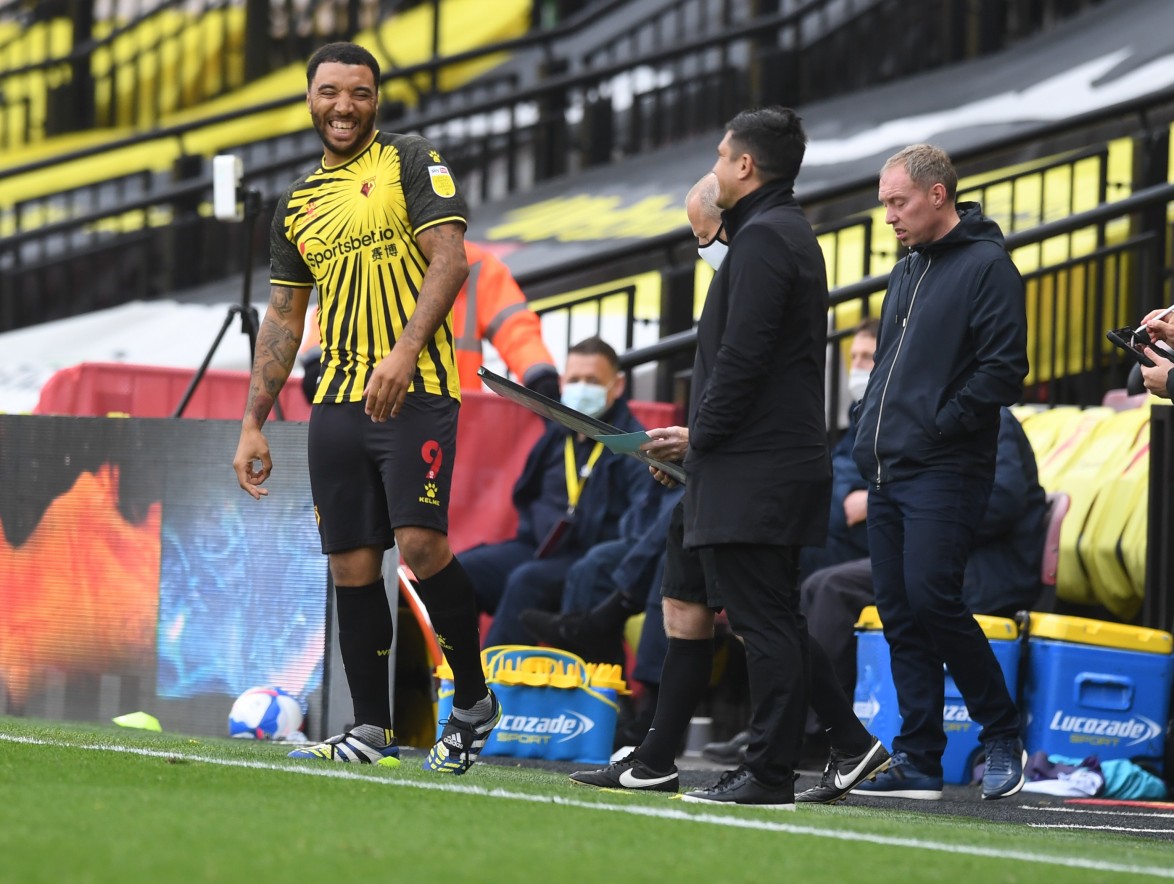 Perhaps most fittingly of all was the preserving of another clean sheet, a 23rd of the campaign that leaves this class of 2020/21 in outright second place behind Ken Furphy's title-winning side of 1968/69 when it comes to club league shutouts. They also now share the record with Preston for fewest goals conceded in a Championship season, drawing level with the 30 the Lilywhites kept in 2005/06. This promotion bid has been built on the most solid of foundations and the fact this one was achieved with an entirely new back four and a different keeper shows it has been about the structure and spirit and not just the personnel.

Xisco Muñoz rung the changes for this one and rightly so. Some have really needed a break while others have been playing through the pain barrier. There is no point having the best squad in the Championship if you don't use it. Swansea, like Brentford last week, have the play-offs to prepare for and they fielded, and played like, a team seeking momentum ahead of those nerve-jangling set of games. They had more possession, more shots on goal and on target, forced more corners and looked like the team who needed the win more, not necessarily for the points but to say you've beaten one of the promoted teams when it comes to preparing for the first leg. 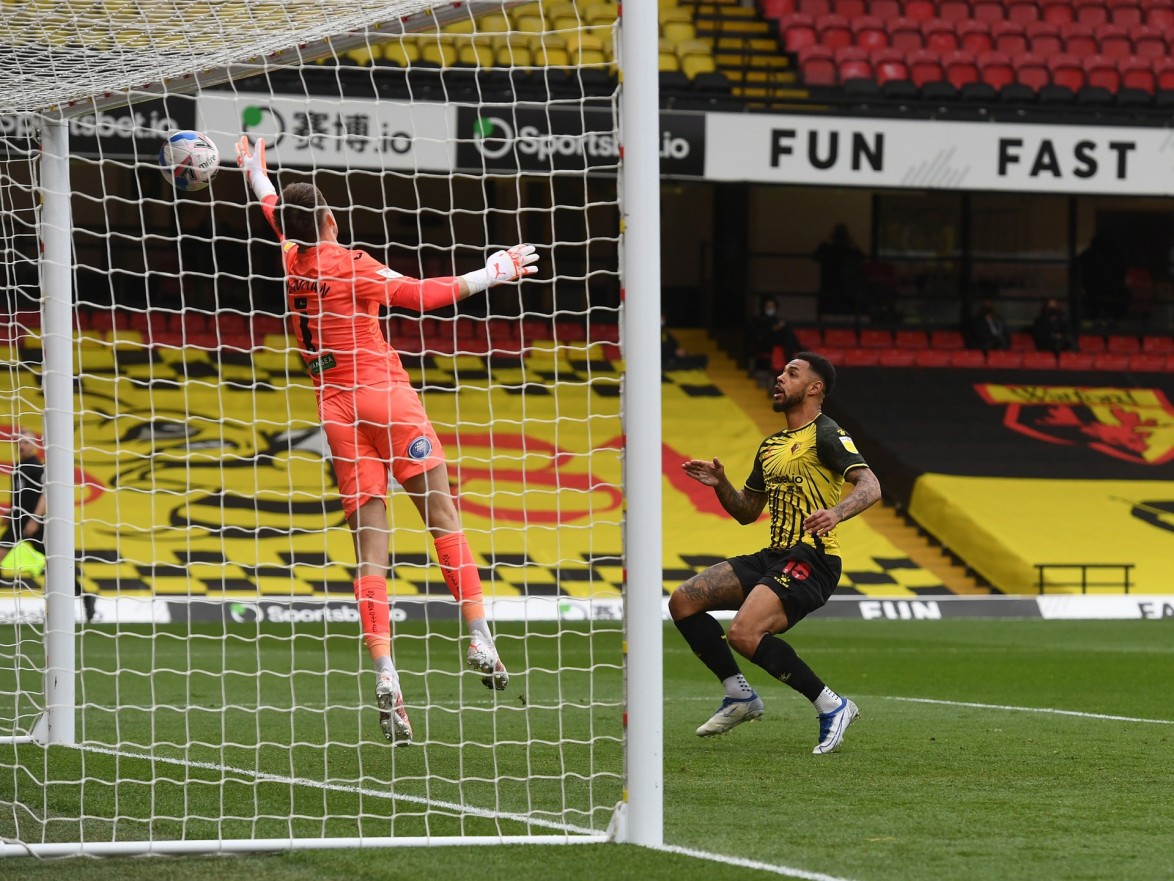 Once Philip Zinckernagel had just failed to completely wrap his foot round a cross from the left from Ken Sema after five minutes, Swansea created the best chances in the first 45 and Ben Foster was easily the busier of the two keepers on his first start since the game with the Swans at the Liberty Stadium at the beginning of January.

The Hornets were sixth after that defeat in Wales and six points behind their hosts. It shows what a remarkable turnaround it's been that the Hornets had the job done by today's return fixture, were able to leave out Ismaïla Sarr, Nathaniel Chalobah and Tom Cleverley completely and start with Will Hughes and João Pedro on the bench. You would have thought at the turn of the year that this might be a game that decided things and in the end, due to the Hornets storming end-of-season form, it proved the deadest of dead rubbers. 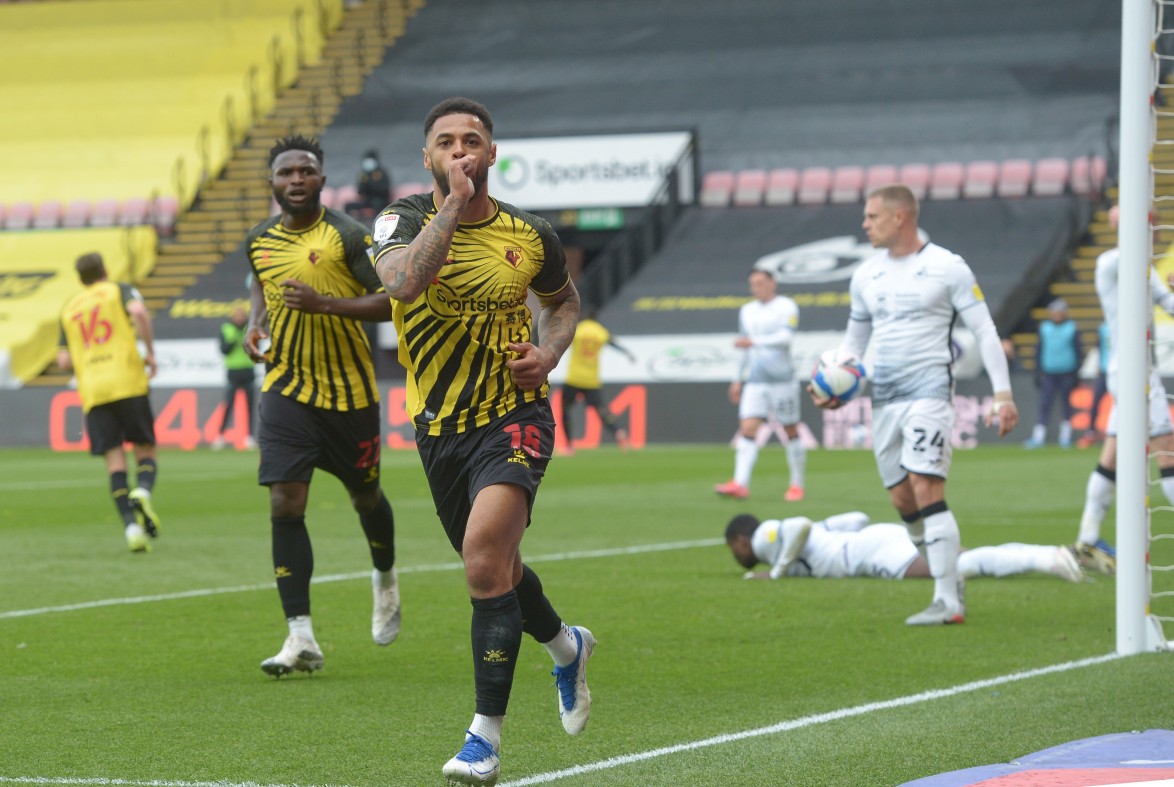 Swansea still had to make sure they locked down fourth spot in the table to give them more of a perceived advantage in the play-offs. With that in mind, Andre Ayew forced Foster to save one on the angle with his chest and then Matt Grimes engineered a shooting chance with a neat shift of the ball that required Foster to save well. The former England keeper was then grateful for a nicely-timed interception from Christian Kabasele that prevented Liam Cullen from conveting a smart cut back from Ayew.

The momentum continued to be with Swansea at the start of the second period, with the closest of two early chances seeing Cullen almost curl one into the top right-hand corner from distance. The Swans were made to pay a heavy price for not scoring when in the ascendancy, Gray putting the Hornets in front on 56 minutes when he appeared to chest one in at the far post from a wicked Sema cross. It was the Hornets' first attempt on goal. 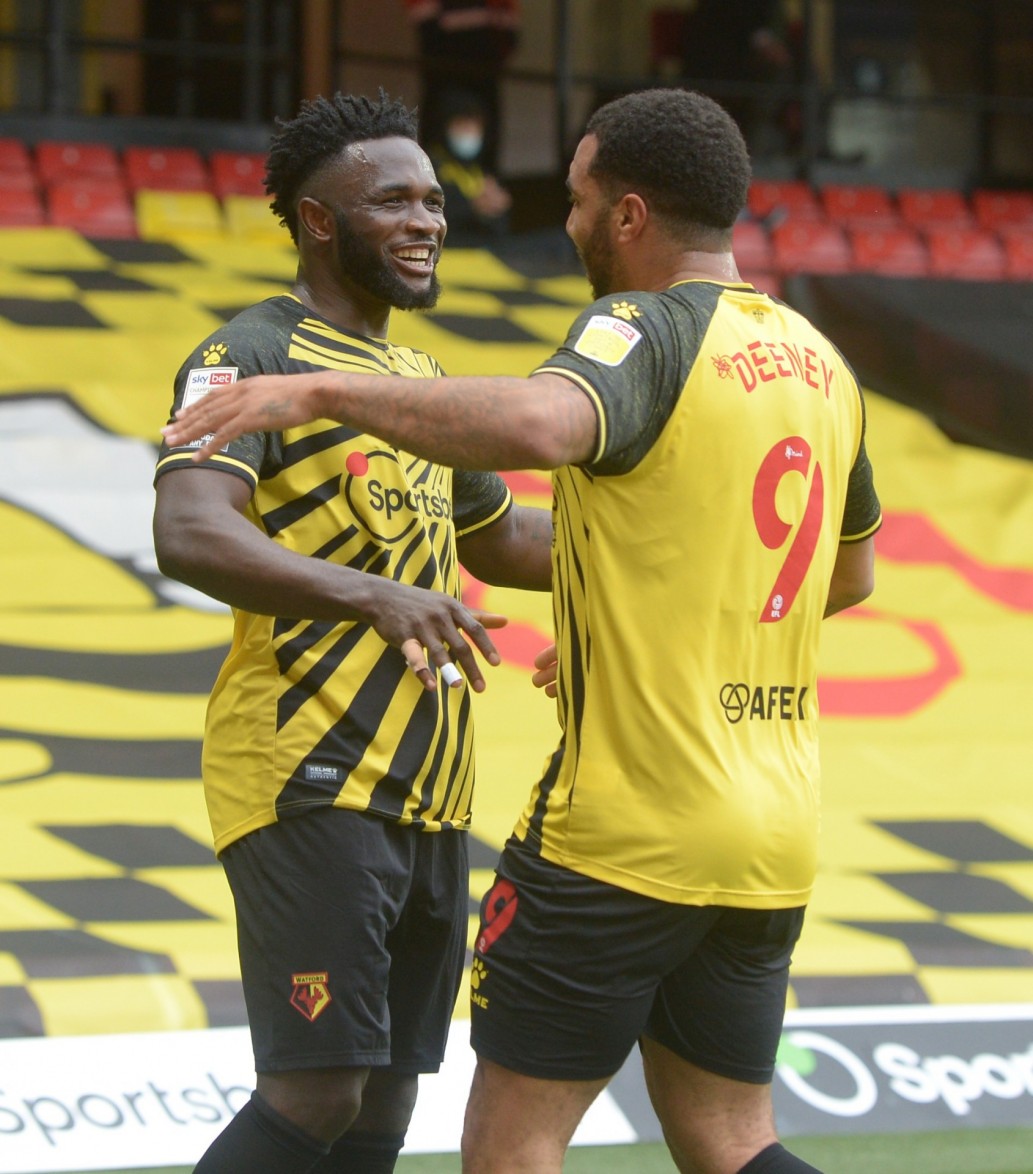 Achraf Lazaar enjoyed the second effort with a rising one from distance that Freddie Woodman tipped over and the third fell the way of Success who lashed one in on the volley. It was his first goal since January 2019. It was another case of job done with minimal fuss and ruthless efficiency. Roll on next season.