Watford bounced back to winning ways at the first time of asking in the Sky Bet Championship, as João Pedro goals either side of half-time comfortably saw off Reading 2-0 under the lights at Vicarage Road.

It took the 21-year-old just 15 minutes to open the scoring from the penalty spot, after he was fouled in the Royals’ 18-yard box, and Yáser Asprilla and Keinan Davis led the charge for a second as the Hornets controlled much of the tempo.

Reading did have chances during the contest - without properly testing Daniel Bachmann on many significant occasions - but João Pedro put the result beyond doubt with an empathic finish on the bounce just three minutes from the death.

A fourth victory in five pushes the Golden Boys back into the play-off places with 20 matches of the 2022/23 season played, and just Saturday’s trip to Bristol City (November 12, 3pm KO) to go until the month-long World Cup break. 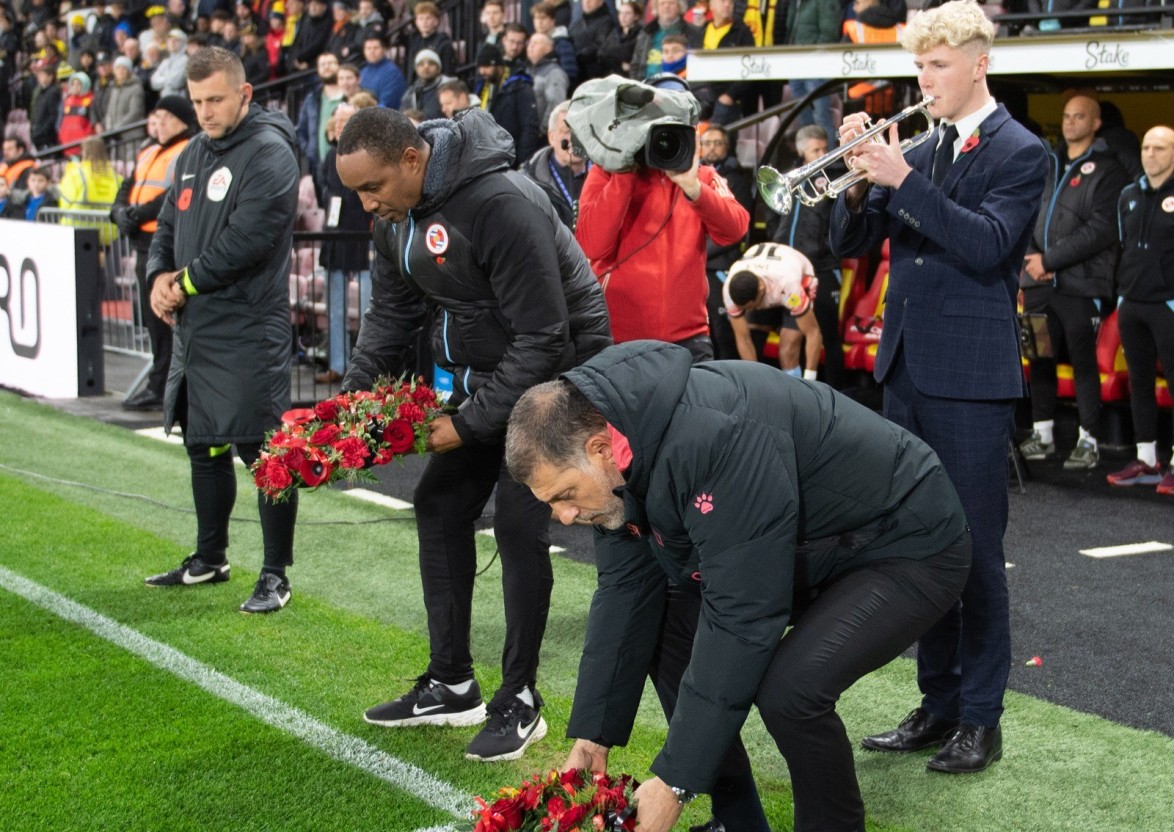 Head Coach Slaven Bilić made two changes to the XI that had fallen to defeat against Coventry City last time out (November 5), with Christian Kabasele and Asprilla returning in place of suspended duo Francisco Sierralta and Hassane Kamara.

With the fixture marking the club’s closest home match to Remembrance Sunday, the teams paid their respects before kick-off, with Watford fan William Vandy performing the Last Post and Bilić and opposition manager Paul Ince each laying a wreath.

Once the whistle had gone the Hornets started on the front foot, with the first clear-cut chance falling to Ken Sema after Dan Gosling had been fouled on the edge of the area, but the Swede’s free-kick crashed into the wall before his follow-up blazed over the bar.

As the game drifted towards the quarter-hour mark Watford upped the pressure on their visitors, and after an Asprilla shot was deflected past Joe Lumley’s post, the subsequent set-piece saw João Pedro brought down by Ovie Ejaria, and referee James Linington point to the spot. 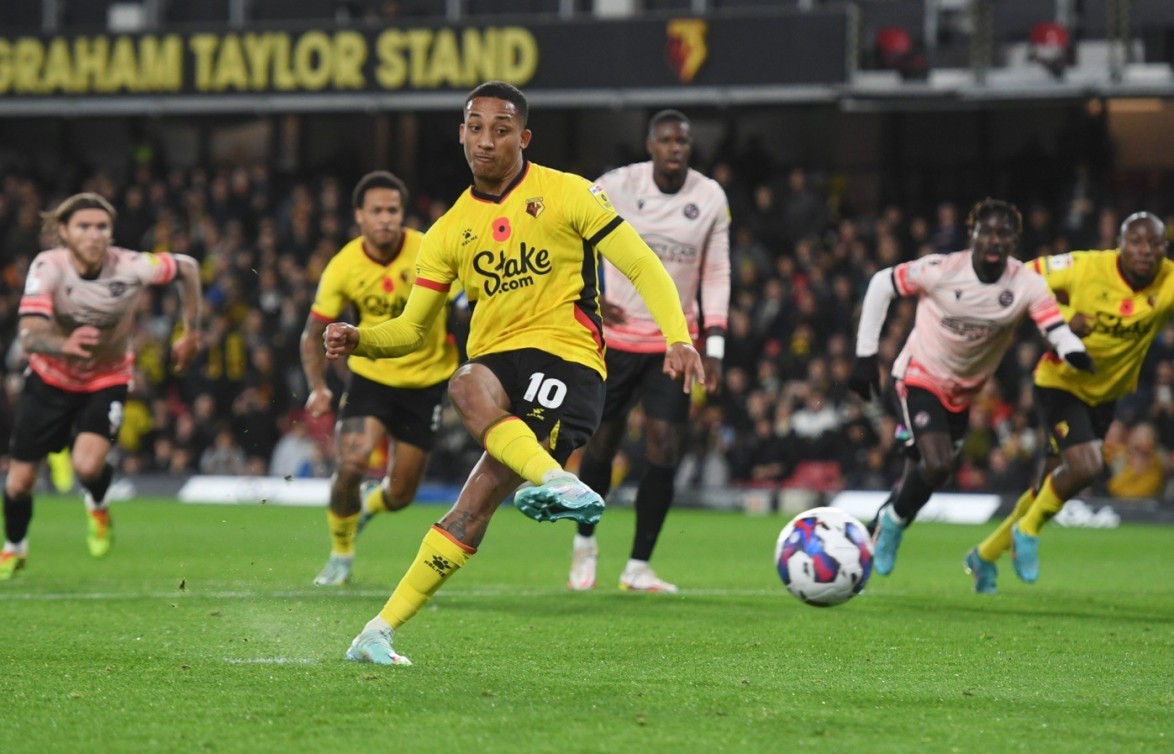 The Boy from Brazil made no mistake from 12 yards, coolly slotting his penalty past Lumley - who dived the wrong way - and into the bottom-right corner of the net, recording his fifth goal of the Sky Bet Championship season.

With the momentum in their favour the hosts were quickly on the lookout for a second, and Davis lashed a first-time effort straight at Lumley after latching on to a loose ball in the box, having produced some neat skill in the build-up.

Down at the other end makeshift left-back Sema showcased his defensive credentials with a well-timed challenge that stopped Tom Ince in his tracks, before Asprilla was booked for a late challenge on Baba Rahman in a dangerous position out on the left.

Tyrese Fornah’s looping free-kick almost brushed the top of Bachmann’s crossbar with 15 minutes to go until the break, but Watford remained in the ascendency, and a cynical tackle - that brought a darting João Pedro run to a halt - saw Ejaria awarded a yellow card. 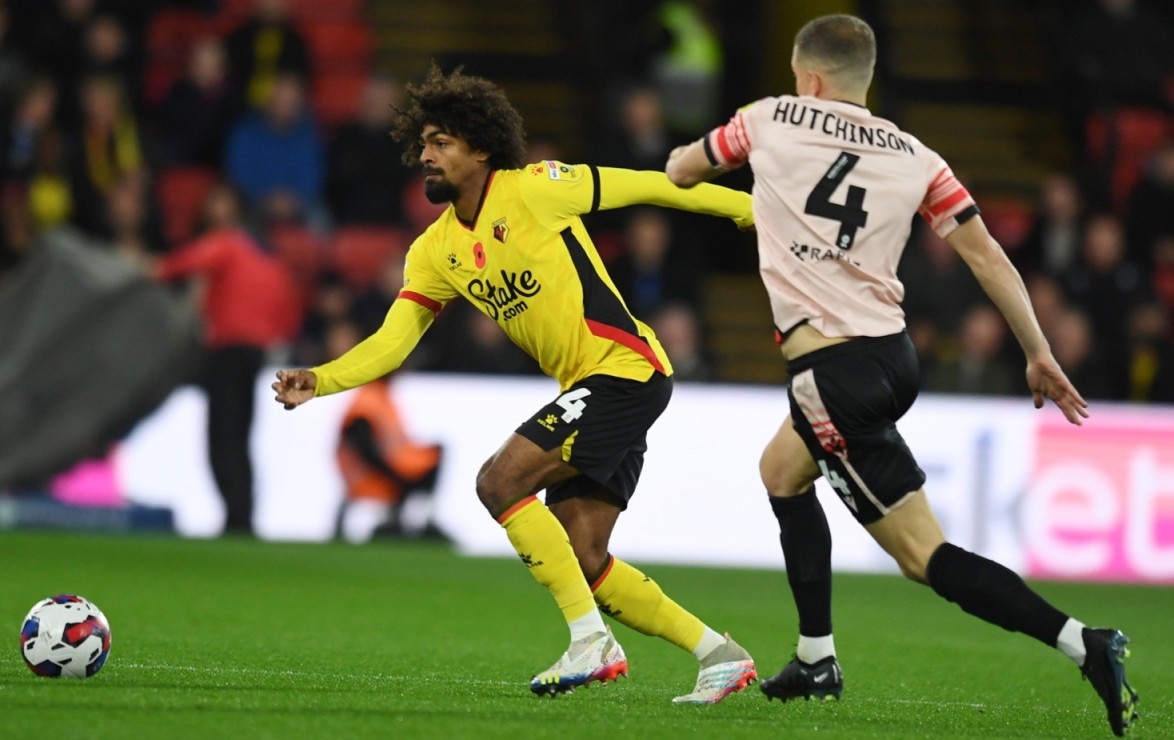 The Royals’ Jeff Hendrick picked up the ball in a dangerous position to the right of Bachmann’s goal, but shot tamely off target, and the latter then smartly collected a piercing cross before home appeals for a second penalty were waved away when Davis was felled by Rahman.

An audacious long-range attempt by João Pedro got the second half off to an entertaining start, and a marauding Asprilla run into the away box, and then successive home corners, demonstrated the Hornets’ intent soon after the break.

But Reading weren’t ready to lie down, and an Ejaria header at the back post caused problems, before Lucas João rose highest to meet a corner, though neither effort forced a proper save from Bachmann.

Both teams were guilty of losing possession on more than one occasion - during a somewhat sloppy spell - but João Pedro came close to doubling both his and the team’s tally little after the hour, only for substitute stopper Dean Bouzanis to palm away his strike for a corner. 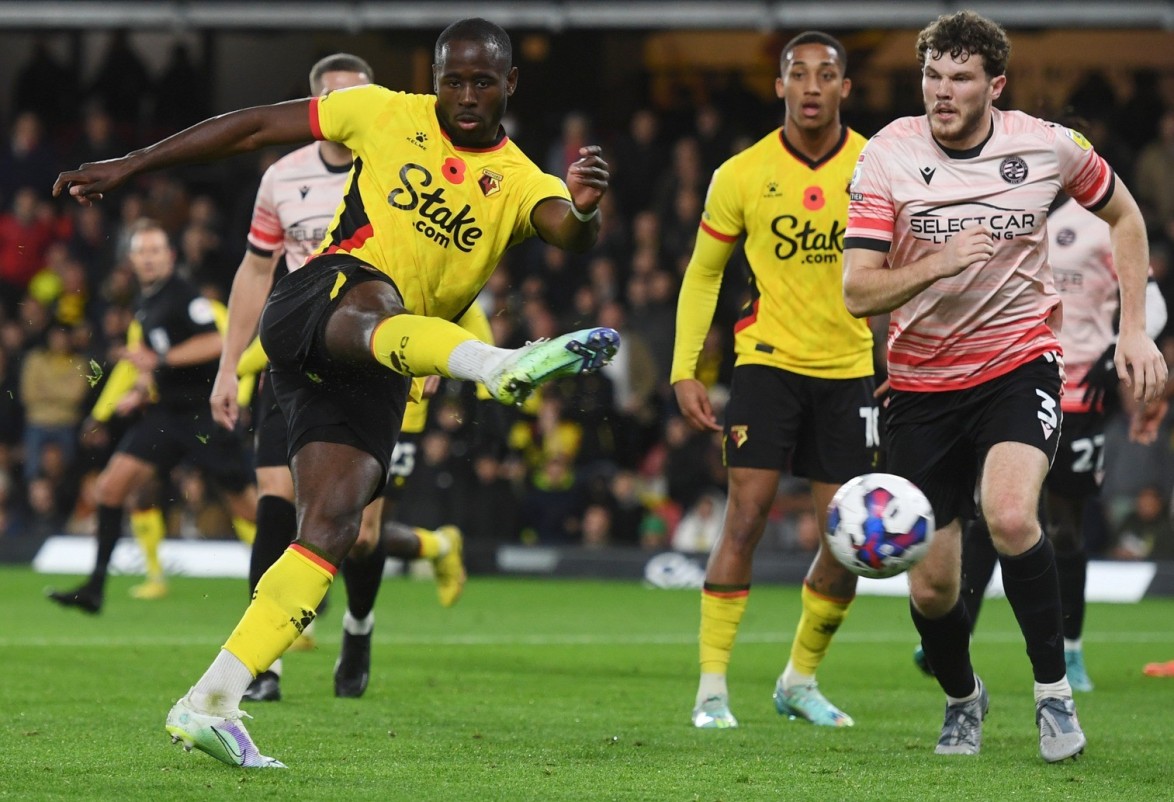 Samuel Kalu made a lively introduction to the action, with the Nigeria international almost setting up Davis at the back post soon after coming on, and then João Pedro was back at it with a header that flew off target in the 74th minute.

Another João Pedro attempt this time deflected narrowly wide of the away upright five minutes later, while in defence William Troost-Ekong did well to track Yakou Méïté down the visitors’ left before intercepting the ball.

A cheeky Sarr lob escaped Bouzanis but was cleared on the line as full-time loomed, but there was still time for João Pedro to cap an impressive performance with his second when the away keeper could only parry a teasing Sarr cross in his direction.

The Golden Boys’ No.10 left the field to rapturous applause as he was replaced by Tom Dele-Bashiru late on, and though Reading tried to push for a consolation goal, Bilić’s men saw out the last few passages of play to secure the deserved three points.