Watford fell short in their attempt to secure back-to-back Premier League victories, as Roy Hodgson’s former team earned a 4-1 win under the lights at Vicarage Road.

Hornets skipper Moussa Sissoko equalised close to the 20-minute mark after Jean-Philippe Mateta had put the Eagles ahead, but Conor Gallagher’s neat finish close to half-time re-established the visitors’ lead.

Emmanuel Dennis went closest to scoring for Watford in a hotly-contested second period, but Wilfried Zaha added gloss to the scoreline with two strikes late on to succumb the Golden Boys to a 17th defeat of the season. 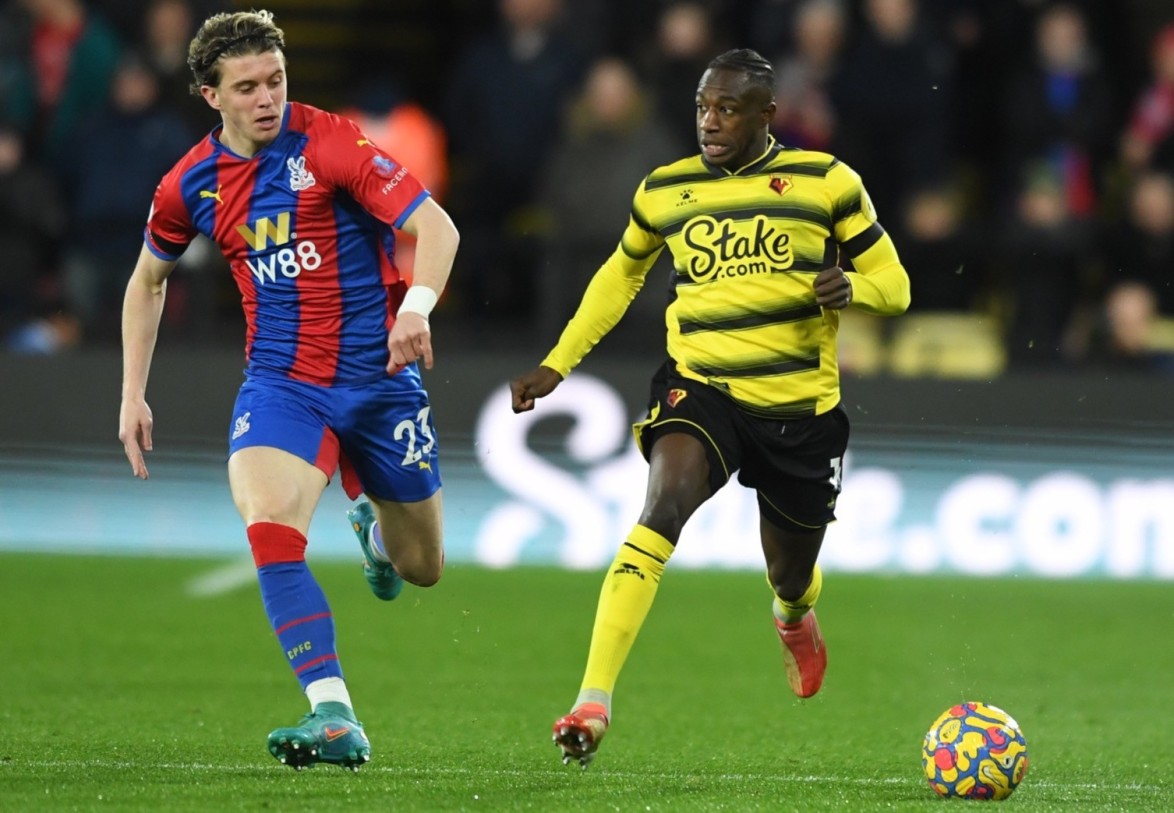 After beating Aston Villa in their previous game, Roy Hodgson’s charges will look to recapture such winning form on Saturday (February 26), when they travel to top-flight heavyweights Manchester United.

Both teams enjoyed possession in the game’s early stages as they each looked to gain the upper hand, with Dennis looking lively in attack for the Hornets and Hassane Kamara being called into action to snuff out a Palace attack.

The visitors enjoyed the first real sight of goal in the eighth minute when a defensive mix-up between Kamara and Ben Foster opened up a potential opportunity for Gallagher, but the ball eventually bobbled out for a corner to the Golden Boys’ relief. 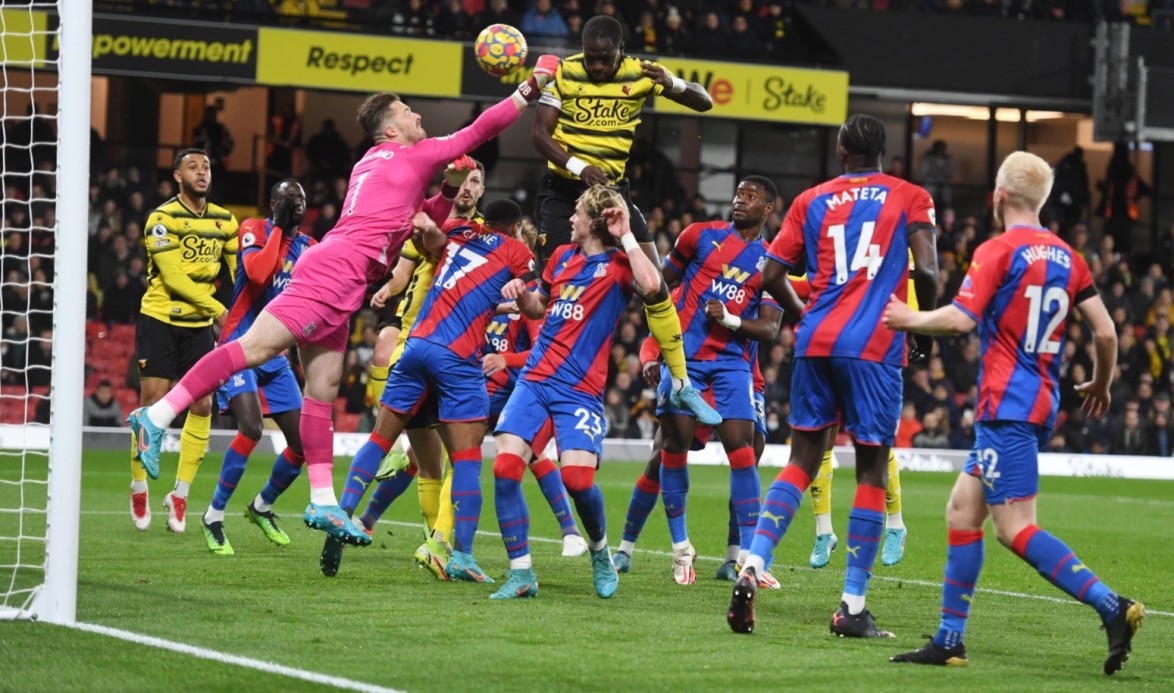 Watford responded and quickly won a corner of their own at the other end following a driving run from Ismaïla Sarr, but it was Palace who took the lead through Mateta minutes later.

The French striker turned and finished in style after latching onto a Gallagher cross that evaded Samir in the Watford defence, with the ball flashing off Kiko Femenía before whistling into the net.

But Patrick Vieira’s men weren’t ahead for long, with skipper Sissoko rising highest to head in his first Watford goal in front of the Rookery End and make it 1-1 in the 18th minute. 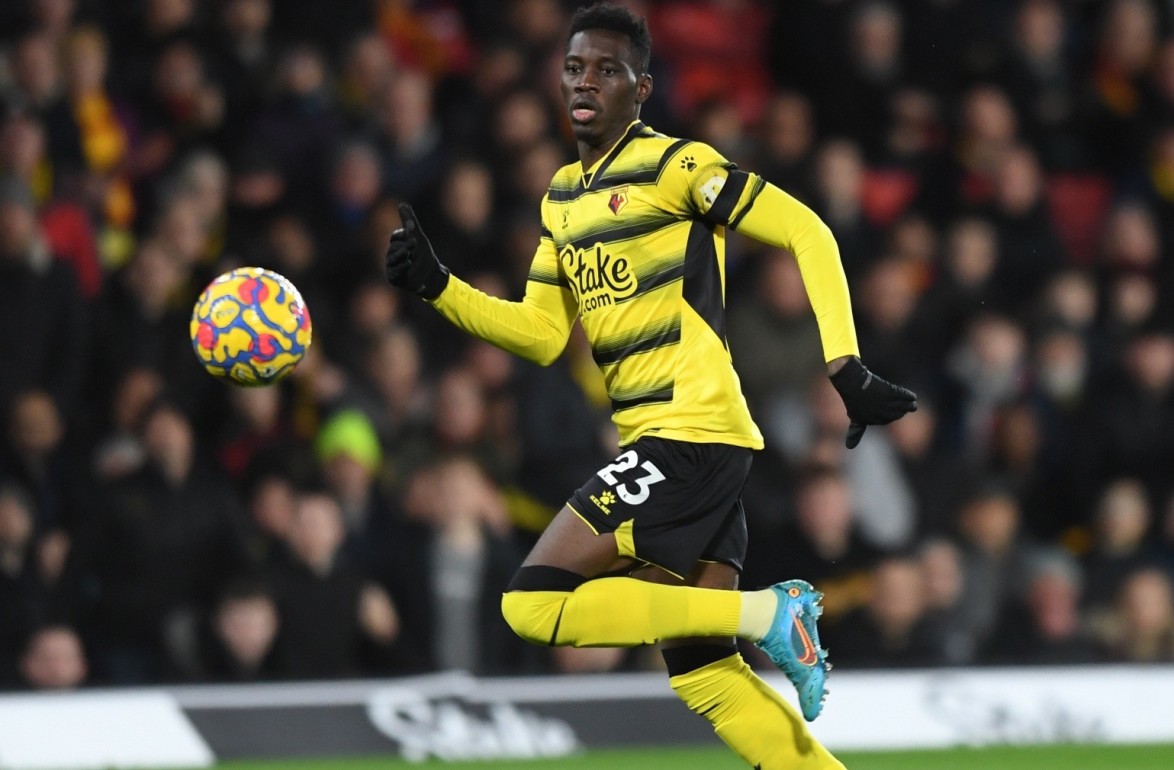 With their tails up it wasn’t long before Watford threatened again, with top scorer Dennis heading over just past the 20-minute mark, and Sarr having a shot blocked shortly after.

Play was briefly halted due to an injury to Cheikhou Kouyaté just past the half-hour, and after the away midfielder returned to the pitch Tyrick Mitchell had a shot at goal but could only fire high and wide.

Foster had to be on red alert to keep out a Michael Olise effort at his near post following a clever through-ball from Zaha, and as the game headed towards half-time Samir did well to head out a looping cross for a corner. 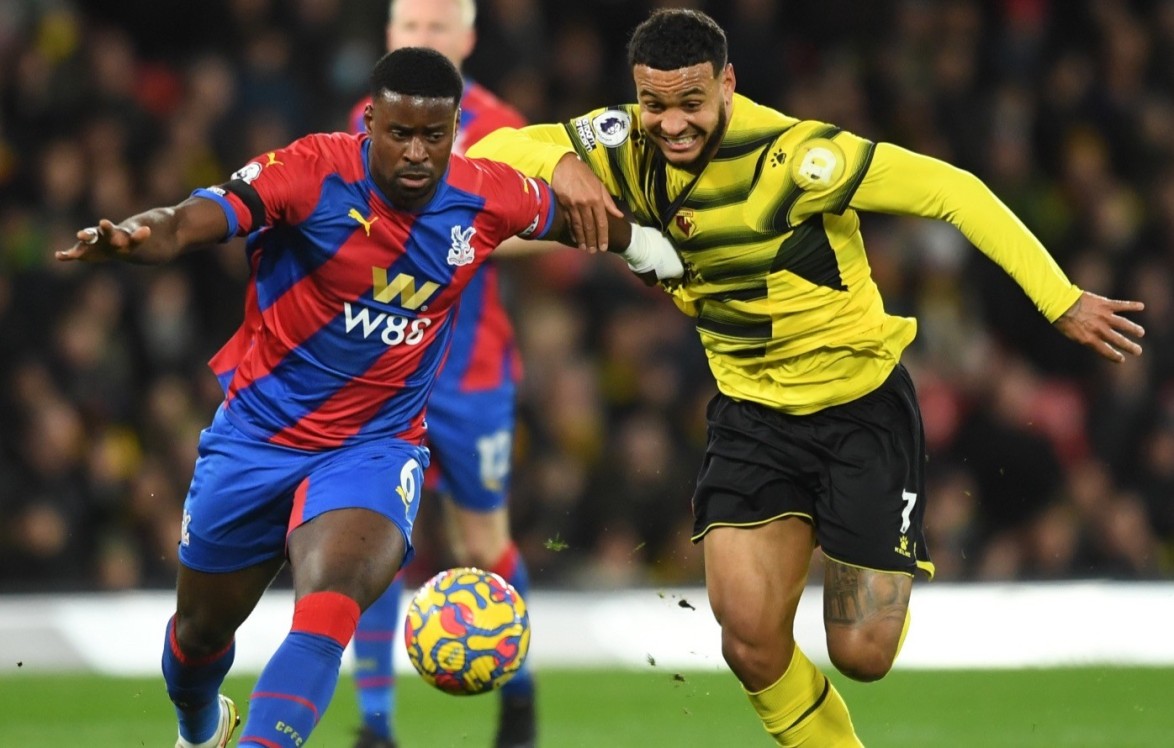 But there would be another goal for the visitors three minutes before the break as Gallagher notched his eighth of the season, the English midfielder beautifully bringing a crossed ball down in the box before firing past Foster to make it 2-1.

The second half began much like the first had with both teams battling for a foothold, and Mateta’s dangerous cross evaded all of his fellow Palace attackers in the 52nd minute after clever play from Zaha.

Watford continued to plug away and an Imrân Louza free-kick nearly led to a second equaliser with 66 minutes on the clock, Dennis going close to a second in two games after a melee in the box. 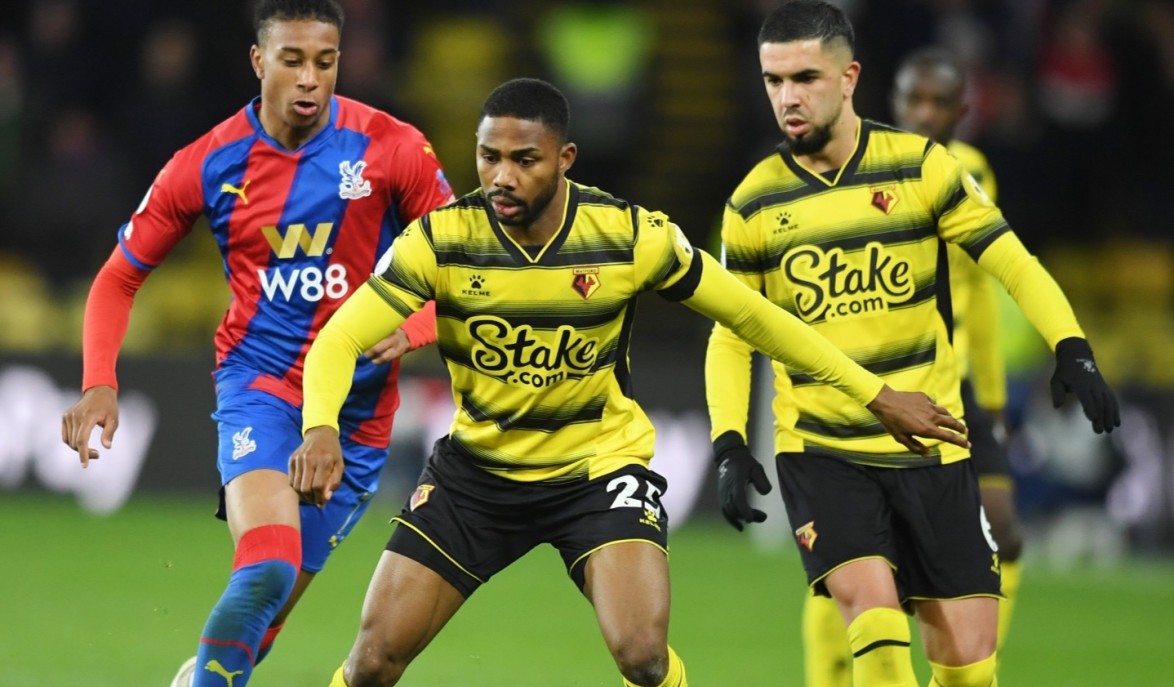 Dennis had another chance in the 72nd minute but could only blaze over from a tight angle, moments after a Samir header ricocheted off Joachim Andersen and out for a corner.

Substitute Cucho Hernández flashed a shot off target as he looked to spearhead a push towards a leveller, before Zaha smashed home a third, and then quickly a fourth, close to the death to put the result beyond doubt.