The Golden Boys have it all to do in the remaining six games of this nerve-shredding Premier League season after they allowed one of the more winnable games to slip by this afternoon.

Hopes were high that the visit of Southampton, who reached relative safety some time ago, would represent a good chance to chalk up an all-important win on the board. But games at Vicarage Road are not what they once were, there is no crowd to roar the team on, no Rookery End for Troy Deeney to rouse, and Southampton took full advantage to rack up their eighth way win of the season. Only Liverpool, Man City and Chelsea have won more on the road. 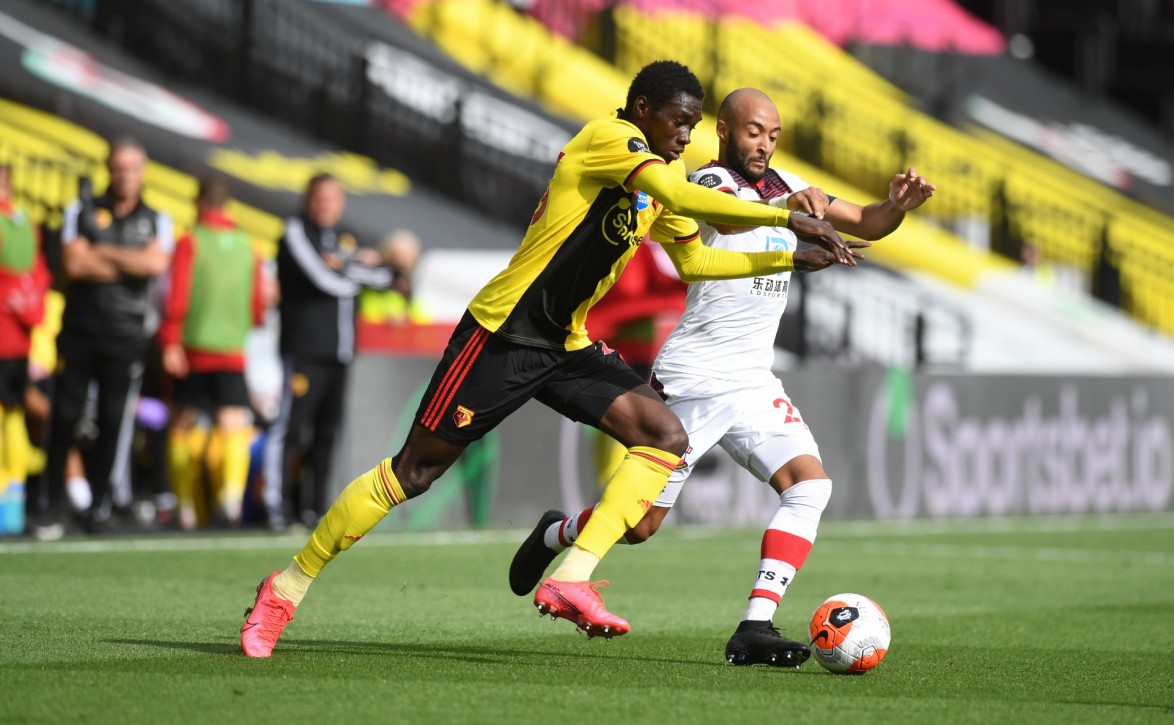 The Saints did it with something to spare, really, getting two goals in front with strikes from Danny Ings before the first drinks break and then after the second. Sunk by Burnley on Thursday, they were kneecapped by a former Claret here. The Hornets rallied towards the end, pulling one back with an own goal from Jan Bednarek to offer a brief glimmer of hope. But James Ward-Prowse extinguished that with a sweet free-kick from the edge of the box.

The result was a fair reflection and a real body blow for the Hornets but anyone looking for examples of how quickly things can turnaround should look no further than the visitors, who recovered from a nine-goal pasting at home to Leicester to plot a remarkable way up the table. But Nigel Pearson will not need to be told just how much work needs to be done and he'll need to draw on all his experience of acts of escapology at Southampton, Carlise, Leicester and West Brom to keep the team afloat in the top division. He won't take this reverse lying down.

The only positive to glean from the first half was that the team made a better start than they last did here against the Saints, but that wasn't saying much given Shane Long scored after just seven record-breaking seconds last April. Despite freshening the team up with two changes, Roberto Pereyra for Danny Welbeck and Craig Cathcart for Christian Kabasele, Pearson didn't get much change out of his team in the first period. They looked like a team playing their third game in eight days after three months without competitive football. 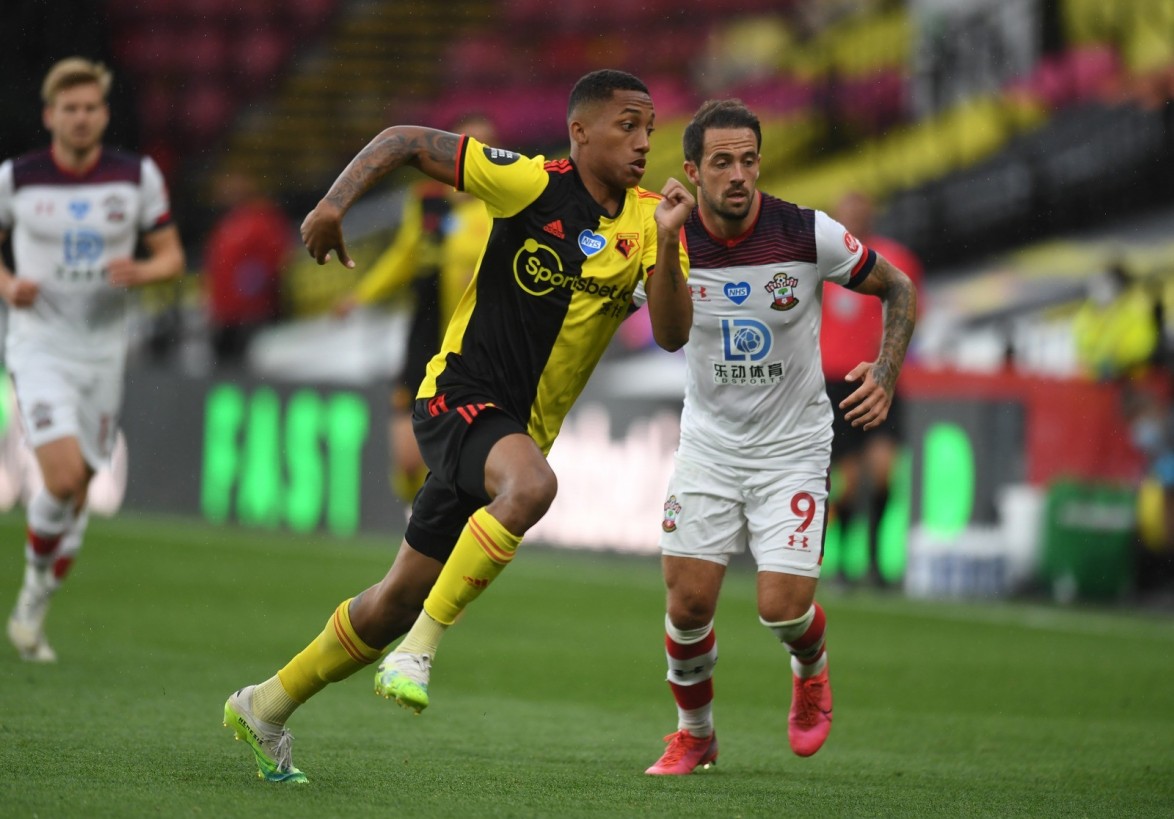 They threatened briefly on 12 minutes when Ismaïla Sarr got deep in behind, right to the Saints byline but his cutback couldn't pick out the runs of Troy Deeney or Pereyra. The Saints were much more cohesive four minutes later, Ings and Long combining for the former Burnley striker to crack in his 17th of the season. It was a goal as crushing as the one Jay Rodrigeuz got at Turf Moor four days ago, but at least the Golden Boys had more than 70 minutes to conjure up a response.

There wasn't much of one before the break. In fact, Ward-Prowse came close to doubling the lead when he chipped one just over the bar as Ben Foster came rushing out. Pearson could have made changes at the break but opted against it, offering the players the chance to get themselves out of the hole they had dug for themselves.

His faith looked like being repaid when Sarr and Deeney both had cracks at goal from varying ranges inside two minutes. Sarr's, from a Will Hughes free-kick, was the better of the two chances and looked to be goalbound until it was blocked just yards from Alex McCarthy's goal. Hughes had two similar ones blocked minutes later. This was more like it, much more like it and Étienne Capoue started to find his passing range with one from left to right that found Kiko Femenía. 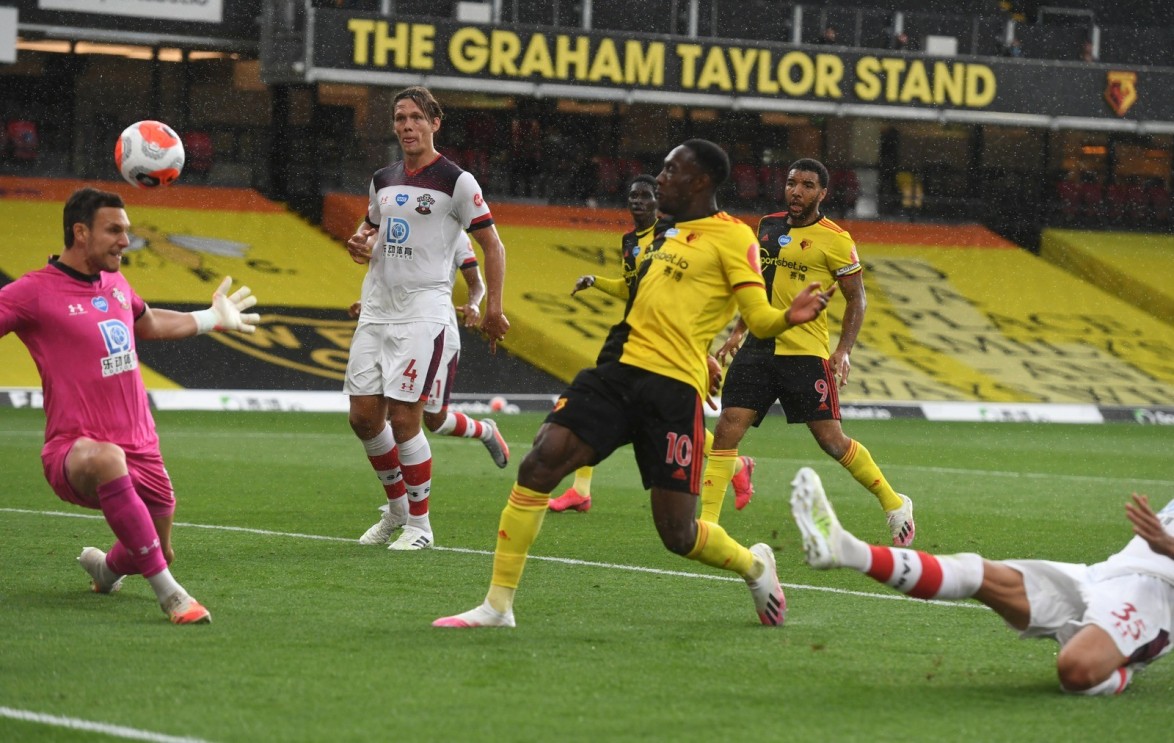 Three corners in the first 15 minutes confirmed this was similar to the early second-half response at Turf Moor. The Hornets weren't able to sustain it, however, and Ings, just like Rodriguez did in the north west, hit the Hornets where it hurts after the second drinks break.

With nothing to lose, Pearson went for broke, slinging on João Pedro, Danny Welbeck, José Holebas and Ignacio Pussetto. It wasn't quite hurling the kitchen sink but it wasn't far off. It worked a treat when a cross from the advanced Holebas was deflected in by Bednarek, who was under pressure from Welbeck, with ten minutes to go. Game on...or so we thought.

Ward-Prowse got rid of any notion of a second successive home comeback with a delightful free-kick from the edge of the box just two minutes later. And, if we are honest, the Hornets could probably could have lost by a bigger margin as Che Adams and Nathan Redmond went agonisingly close towards the end. Project Restart isn't going to plan right now but there is still hope, there is still time. Keep the faith.