Watford made a game of it but struggled to ever gain control of the match against Premier League champions Manchester City, who scored three under the lights at Vicarage Road.

The travelling side dominated the early passages of the game and eventually notched their first through Raheem Sterling. Soon after they doubled their lead, with Bernardo Silva knocking in a rebound from a tight angle.

The deficit remained at two going into half-time and while the Hornets grew into the match after the break, they were powerless to avoid City’s third as Silva found the top corner.

Watford did find a goal before the final whistle through substitute Cucho Hernández, who at first smashed the post, but skilfully flicked the rebound back towards goal with Ederson forced to parry the ball into his own goal. The Hornets were buoyed by the strike but were unable to break down a well-drilled City side again. 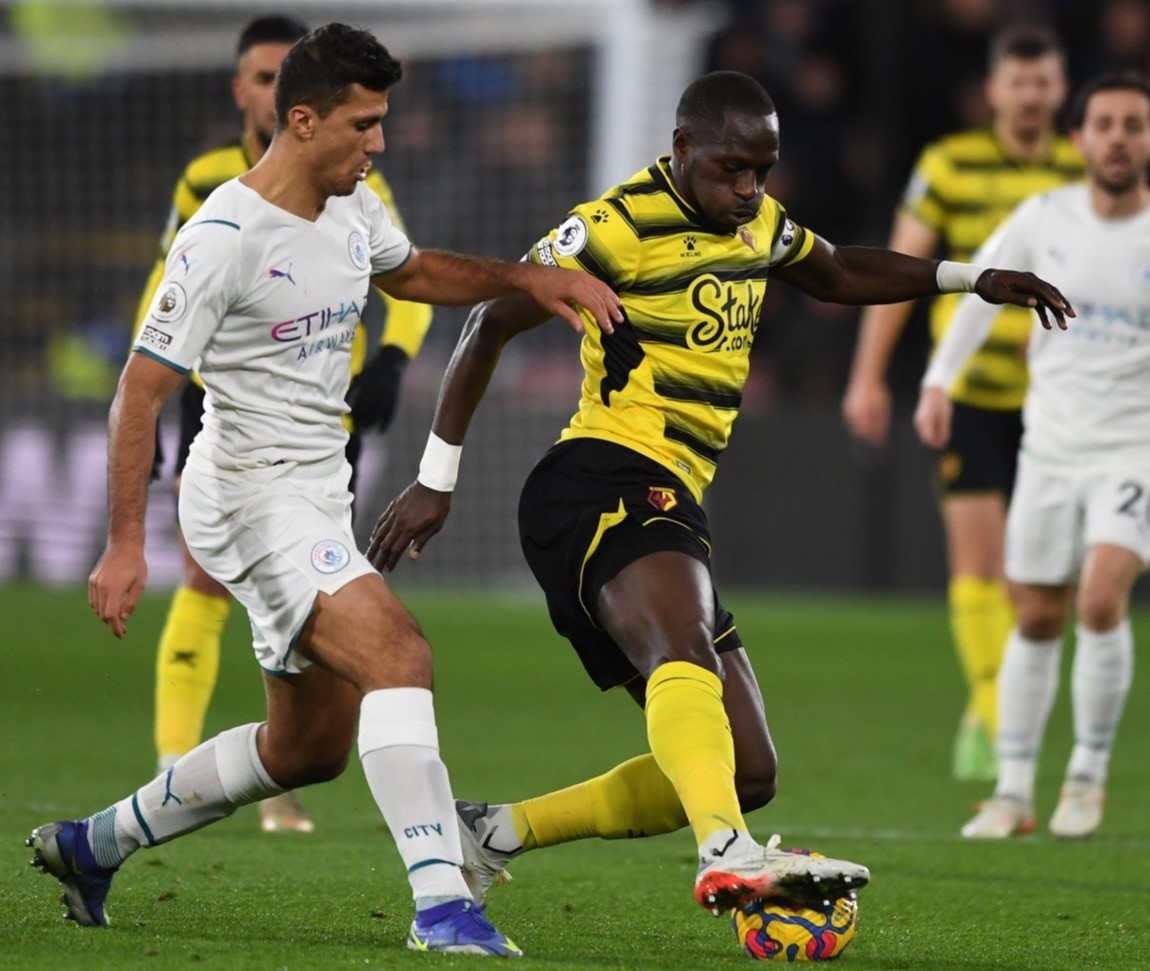 Hornets Head Coach Claudio Ranieri made one change from the side that narrowly lost to Chelsea on Wednesday evening. Full-back Danny Rose replaced the injured Adam Masina, with the Golden Boys employing a similar system to the one used against the Blues.

The away team were the first to make their presence known with Joāo Pedro forced to clear Aymeric Laporte’s header off the line and following a goalmouth scramble, the ball was fired away from danger.

Despite Watford attempts, the Citizens maintained their early pressure and found the breakthrough on four minutes as Sterling headed past Daniel Bachmann, unmarked at the back post.

The Austrian shot-stopper was at full-stretch to deny the Englishman a brace moments later after the winger cut inside from the right-flank to fashion an opening.

It was a far from quiet opening 10 minutes for Bachmann, who was forced to keep out another City attempt, this time Jack Grealish’s strike from point-blank range, expertly saving with an extended leg. 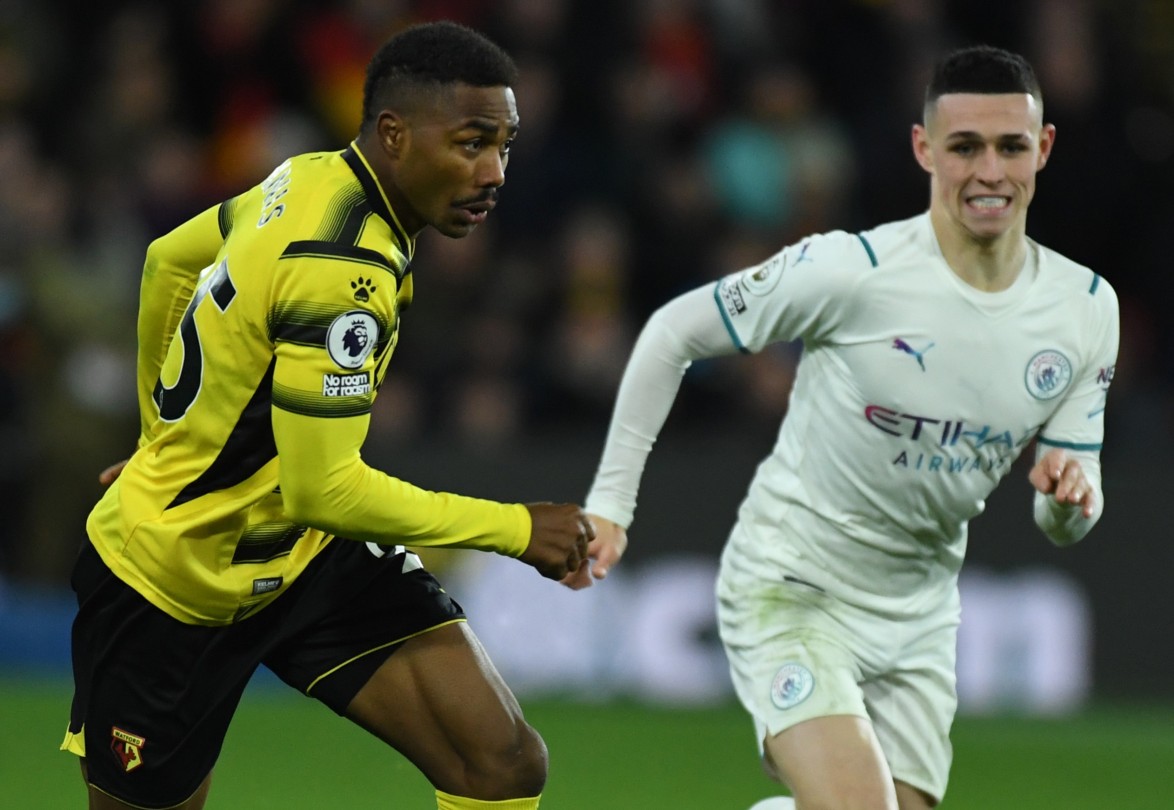 Following a period of sustained Manchester City possession, the Hornets counterattacked with Tom Cleverley helping on a Joāo Pedro long ball destined for Emmanuel Dennis. The in-form Nigerian ran at João Cancelo and hit an effort at Ederson, who was able to comfortably claim it down to his left-hand side.

The Hornets remained determined and through intricate build-up created an opening for Joshua King who was hacked down, requiring the referee to award a free-kick.

From the edge of the box, Imran Louza produced a clever lay-off to create a better angle for Dennis, who nearly caught Ederson off-guard, but the goalkeeper was able to gather the shot.

City maintained their monopoly of the ball and went on to create their second goal. Bachmann originally denied İlkay Gündoğan with a smart stop but from an acute angle, Silva fired home the rebound to double the visitors’ lead going into half-time. 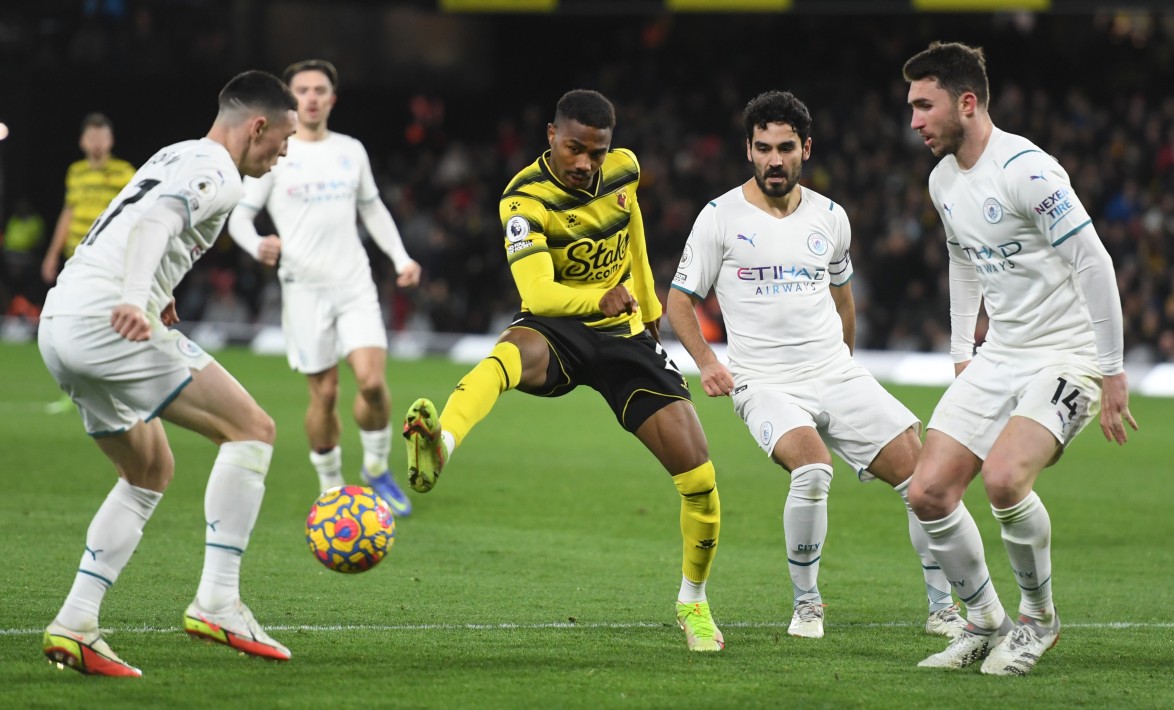 Ranieri responded to City’s supremacy and made two changes during the interval. Louza and Cleverley made way for Juraj Kucka and Hernández as the Italian hoped to utilise fresh legs.

Watford began the half with more vigour and energy, challenging the Citizens and forcing an error or two. This resulted in Dennis bearing down on goal after exploiting a Cancelo mistake, but the Nigerian was unable to get a shot away.

Subsequently, the visitors countered, and Sterling’s shot was palmed away by Bachmann to maintain the status quo.

The Hornets were certainly better after the break, but the danger of City remained with Phil Foden and Gündoğan going close, but ultimately not beating Bachmann between the sticks.

That was until Silva produced a moment of quality, doubling his tally by hitting an exquisite strike into the far corner. 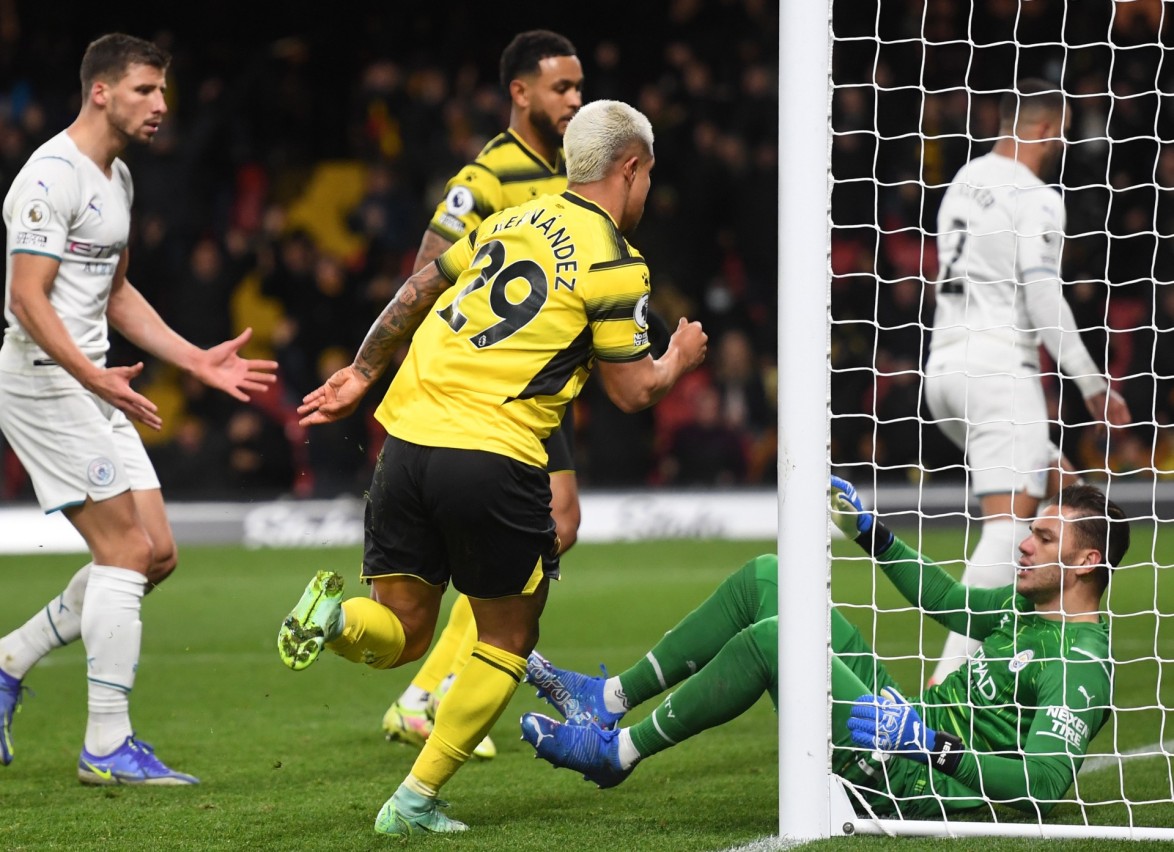 Ranieri’s substitutions began to cause the visitors problems and Hernández was able to fire one back for the Golden Boys 15 minutes before the end.

Kiko Femenía picked out the Colombian forward, who cannoned his shot off the far post, but Hernández didn’t need a second invitation, slotting the rebound into the net with some help from Ederson.

Watford began to show more promise following the Colombian’s strike as King fired a first-time shot just wide of the post from close range, but they were ultimately unable to find another, as the game concluded.