Watford were ultimately left empty handed after a closely-fought midweek battle with Chelsea, as the European champions edged to a 2-1 victory at Vicarage Road.

After starting the brighter of the two sides the Hornets went behind to Mason Mount’s 29th-minute strike, before Emmanuel Dennis smashed in his sixth goal of the season to make it level at half-time.

Joshua King and Tom Cleverley were among the biggest threats for the Golden Boys as they matched the Premier League leaders for large parts of the 90 minutes, but Hakim Ziyech’s goal in the 72nd minute proved decisive.

Having pushed one of the division’s strongest sides all the way, Claudio Ranieri’s Watford will quickly turn their attention to hosting reigning champions Manchester City back on home turf, in a 5.30pm kick-off on Saturday.

The game started at a ferocious pace with the hosts enjoying the first real sight of goal in the third minute, Cleverley latching onto a quick throw on the right and feeding João Pedro, whose shot was blocked away from danger. 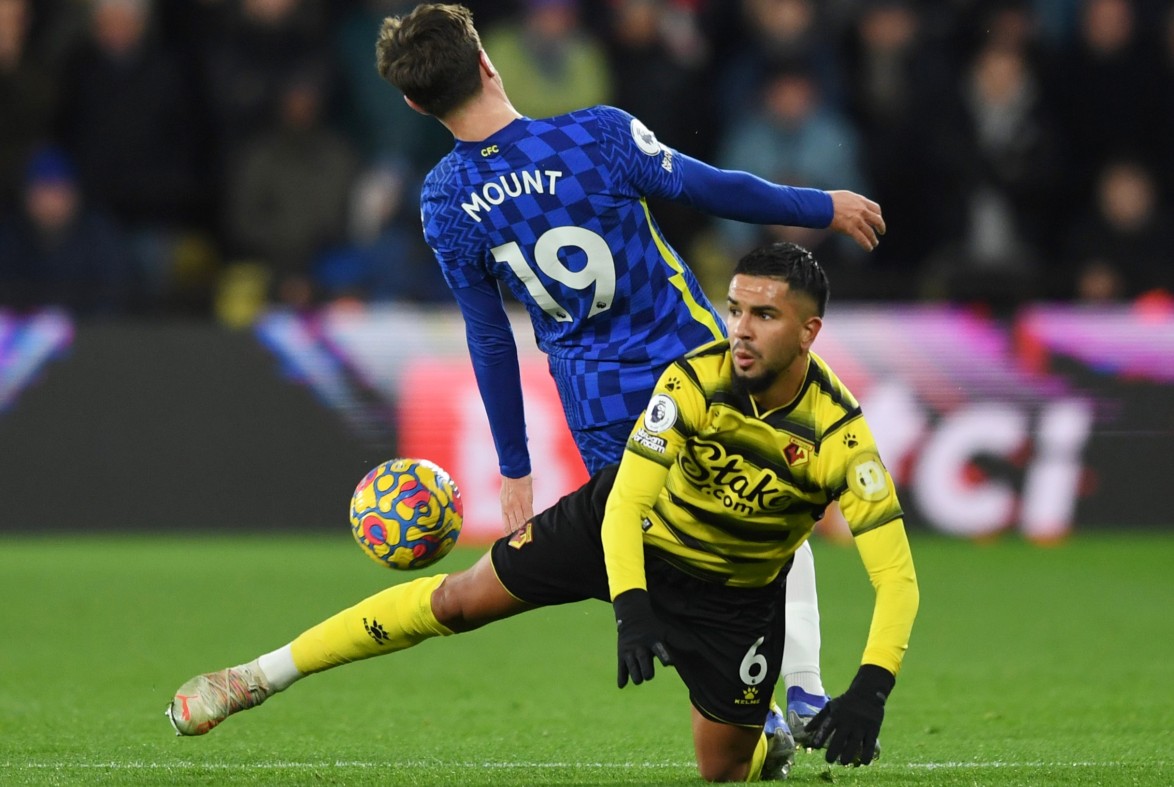 The Brazilian would threaten the Chelsea goal again just three minutes later, with his delicate header from a looping Kiko Femenía cross forcing an acrobatic save out of Édouard Mendy.

The match was suspended in the 12th minute due to a medical emergency in the crowd, with both sets of players eventually re-emerging from the tunnel having left the field, before play was resumed.

Watford quickly rediscovered the rhythm with which they had controlled the opening stages of the clash, with King and Moussa Sissoko both looking threatening ahead of an Imrân Louza free-kick that crashed into the wall.

Down at the other end Chelsea served a reminder of their class, with Mount lashing a shot against the post from a tight angle after being put through on goal by a clever Ruben Loftus-Cheek header. 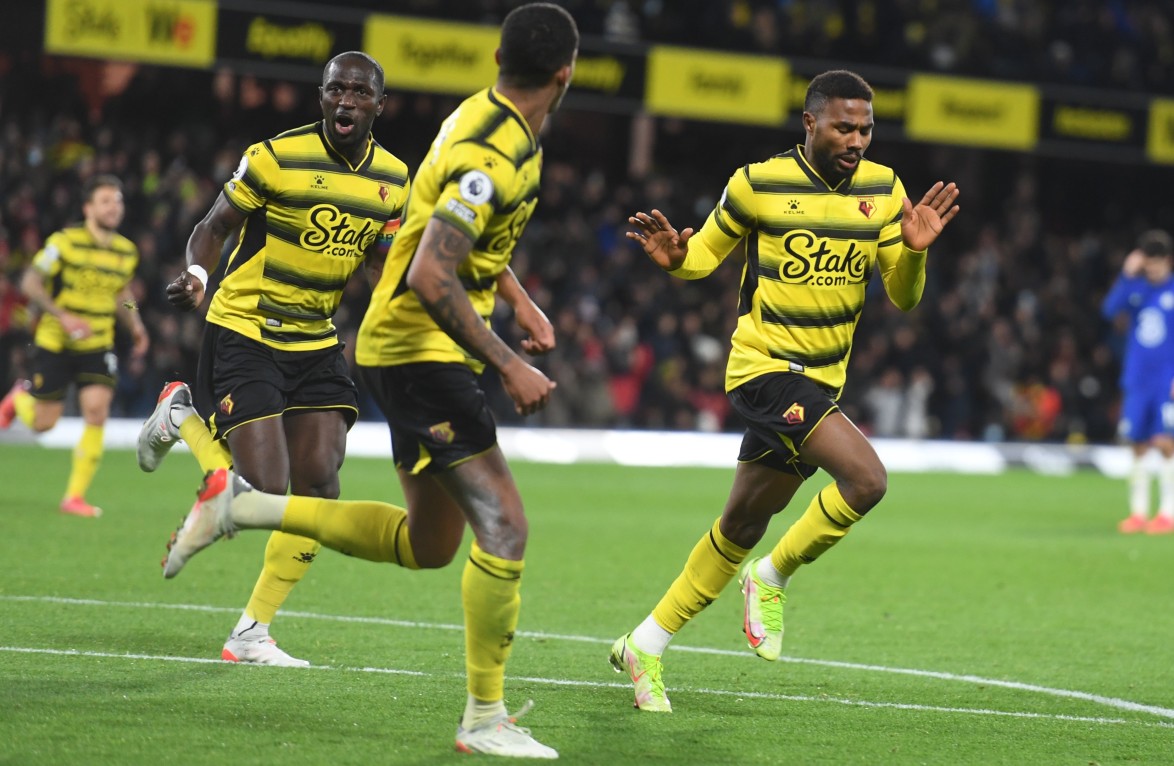 As the half wore on the visitors gradually grew in confidence and Mount would get his goal at the second attempt, the England international coolly finishing off one-on-one after intelligent play by Marcos Alonso and Kai Havertz, to make it 1-0 in the 29th minute.

Havertz thought he had doubled his side’s advantage almost immediately after the restart, but his cute dink over Daniel Bachmann was chalked off for offside by referee David Coote.

Danny Rose – who had entered the field as a first-half replacement for Adam Masina – was presented with a half-chance in the 35th minute after a Chelsea defensive mix-up, and Mendy had to be on red alert to palm away his fizzing drive.

With the game heading towards half-time both sides were enjoying spells of possession, and after away skipper César Azpilicueta lashed an effort wide the in-form Dennis wouldn’t prove as wasteful for Watford, the Nigeria international brushing off a challenge from Antonio Rüdiger and slotting home the equaliser. 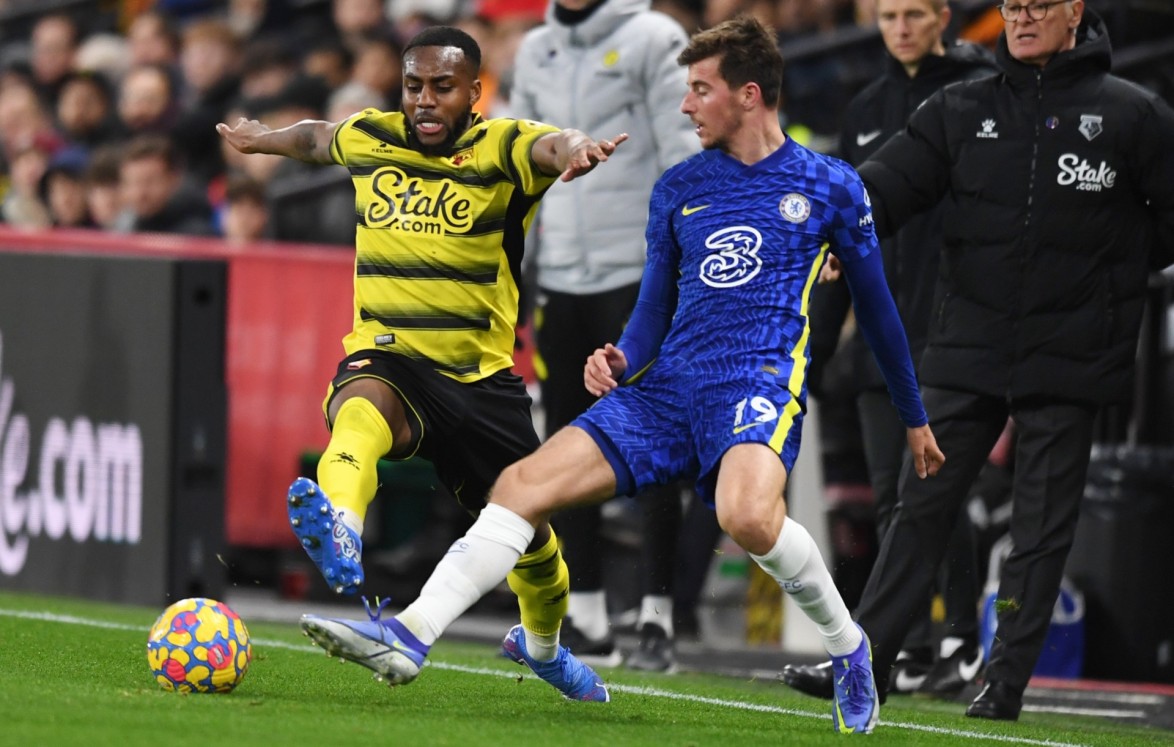 There was time for another Hornets chance before the break with Dennis this time turning provider, the mazy forward picking out Sissoko in the Chelsea box who couldn’t quite find a way past Mendy.

After a breathless first 45 minutes the second period began similarly end-to-end, Cleverley picking out the on-rushing King for the Hornets before Christian Pulisic enjoyed a chance for Chelsea, both teams ultimately coming out without reward.

Craig Cathcart and Bachmann both stood firm to deny Havertz as the German continued to press for an opening in the Watford backline, but the Golden Boys remained a threat themselves and Mendy was forced out of his area to deny Cleverley one-on-one close to the hour mark.

Louza slashed an effort high and wide as Watford maintained their push for the lead, but almost immediately Havertz summed up the even nature of the game by firing a shot of his own straight at Watford stopper Bachmann. 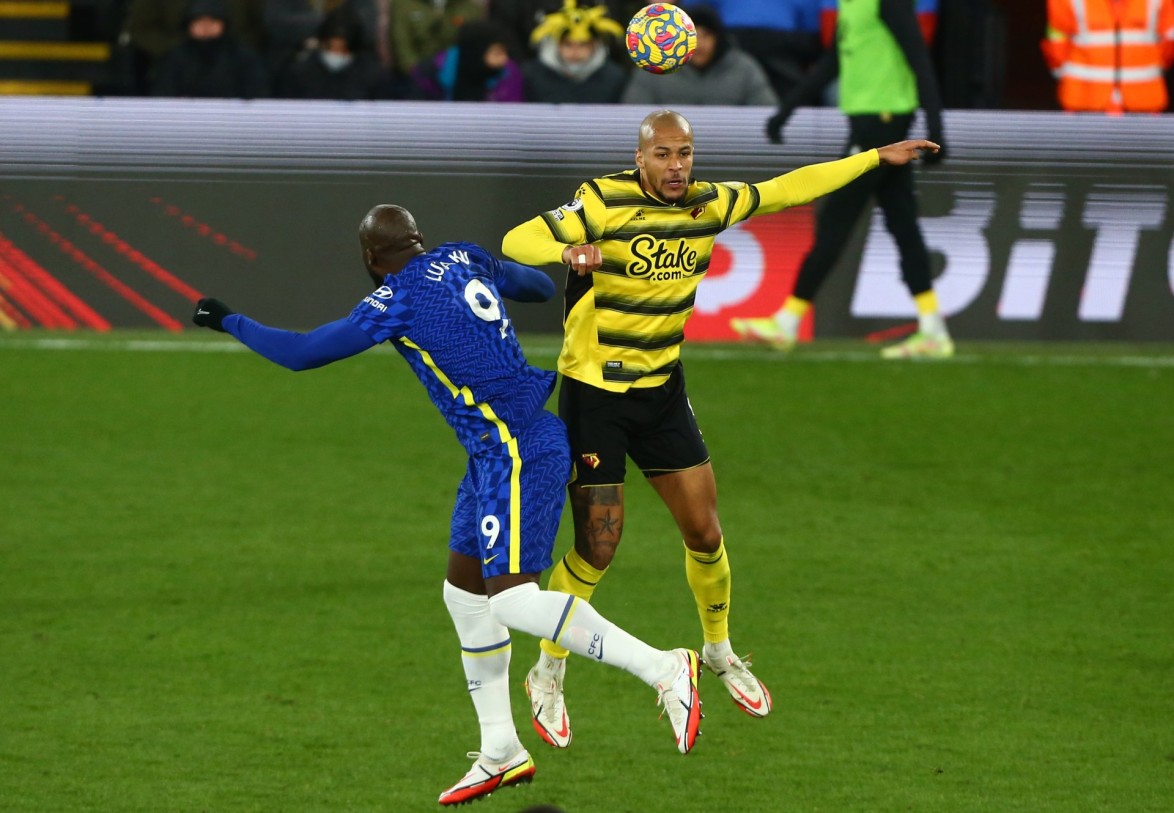 The introduction of Romelu Lukaku from the bench enhanced Chelsea’s potency in attack, and the Blues regained the advantage with little under 20 minutes to play when fellow replacement Ziyech emphatically finished off a Mount cross from the left.

With momentum gained from the goal, Thomas Tuchel’s charges continued to push the Watford defence, with Ziyech testing Austrian stopper Bachmann with a darting header from close range.

The Hornets refused to lie down and substitute Juraj Kucka found the target with a fierce free-kick deep into added time, but Chelsea stayed strong to edge themselves over the line to three points.