Late goals form Jack Cork and Josh Brownhill subjected Watford to a 2-1 defeat at the hands of Burnley at Vicarage Road.

A first-half James Tarkowski own goal gave the Golden Boys a deserved 1-0 lead at half-time, with Juraj Kucka and Emmanuel Dennis enjoying a number of chances to put Watford further in front either side of the interval.

Goalkeeper Ben Foster produced a flurry of smart stops to keep out Aaron Lennon and Ashley Barnes as the Clarets pushed for an equaliser after the break, but Cork finally breached the home backline with seven minutes to go before Brownhill snatched the points moments later. 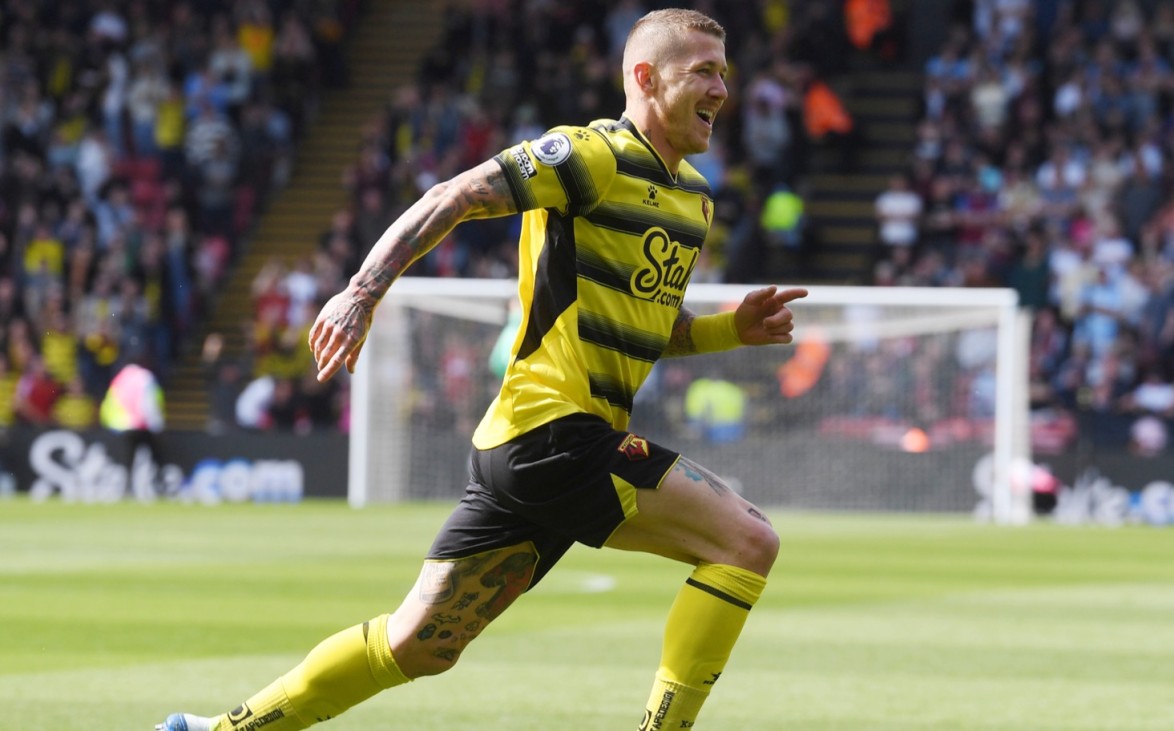 An 11th consecutive home defeat leaves Watford 12 points adrift of safety with four games remaining, thus requiring maximum points and results to go in their favour from now until the end of the campaign if they are to avoid slipping into the Sky Bet Championship.

The Hornets burst out of the blocks and controlled possession in the game’s opening stages, Hassane Kamara and Dennis linking up well down the left on a handful of occasions without creating any real clear-cut chances.

The latter did have a hand in Watford earning the game’s first corner moments later, and as Burnley struggled to clear the home side’s relentless pressure eventually told when Kucka’s fierce effort at the back post crashed off the bar only to rebound in off Tarkowski.

While the eighth minute of the game saw the whole Vicarage Road crowd pay tribute to Jasper Bryan Cook - an eight-year-old fan who recently died suddenly - with a minute’s applause, on the pitch Watford continued to dominate after the goal. 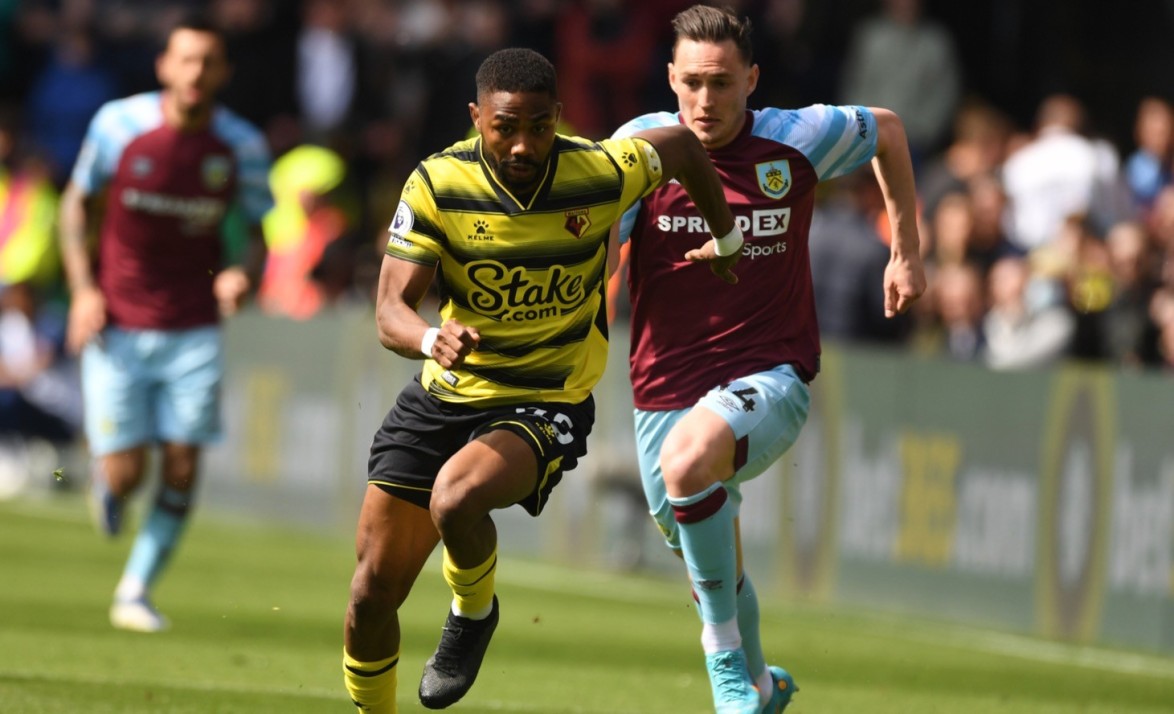 Kucka edged closer to etching his name on the scoresheet with two strong efforts in two minutes, before João Pedro blasted a good opportunity off target just shy of the quarter-hour mark.

Though the Clarets had so-far been unable to gain a foothold in the contest they gradually grew in confidence, and a Brownhill shot that skewed just wide of Foster’s right post demonstrated the threat they possessed.

In the 20th minute ex-England winger Lennon delivered a teasing ball into the Watford penalty area that narrowly evaded target man Wout Weghorst, and soon after the visitors were awarded a penalty only for a VAR check to rule that Moussa Sissoko’s foul on Dwight McNeil was outside the area. 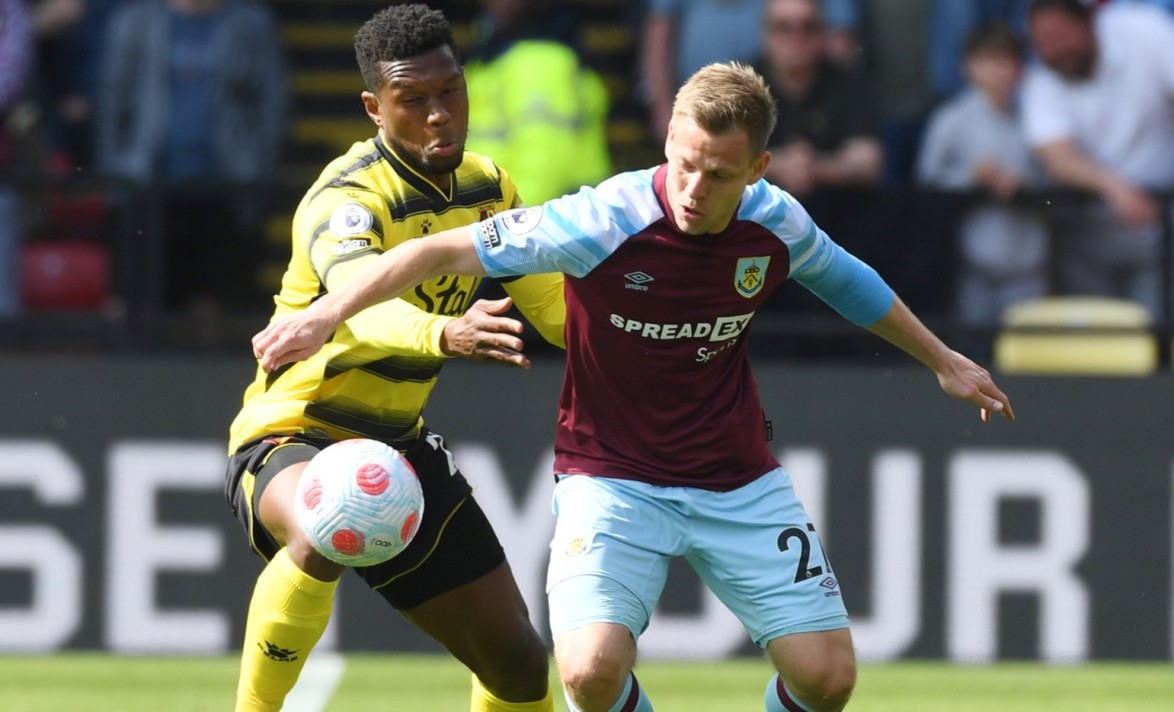 After McNeil failed to beat the wall with the resultant free-kick Watford once again picked up the game’s momentum, with a Dennis effort being deflected out for a corner before the Nigeria international brushed the side netting from a free-kick.

There was more penalty controversy in the 35th minute with Watford this time asking the question, but referee Craig Pawson waved away home appeals after the ball had hit Tarkowski’s arm on its way out of touch.

Former Hornet Matěj Vydra flashed an acrobatic volley wide for Burnley as the game ticked towards half-time, but Watford did have the last say of the first 45 as Imrân Louza fired a wide free-kick towards goal that required Nick Pope to punch away from danger.

Foster produced a brilliant save to deny Lennon from point-blank range within the first couple of second-half minutes, and the 39-year-old was called upon again moments later when Nathan Collins attempted an ambitious lob in the box. 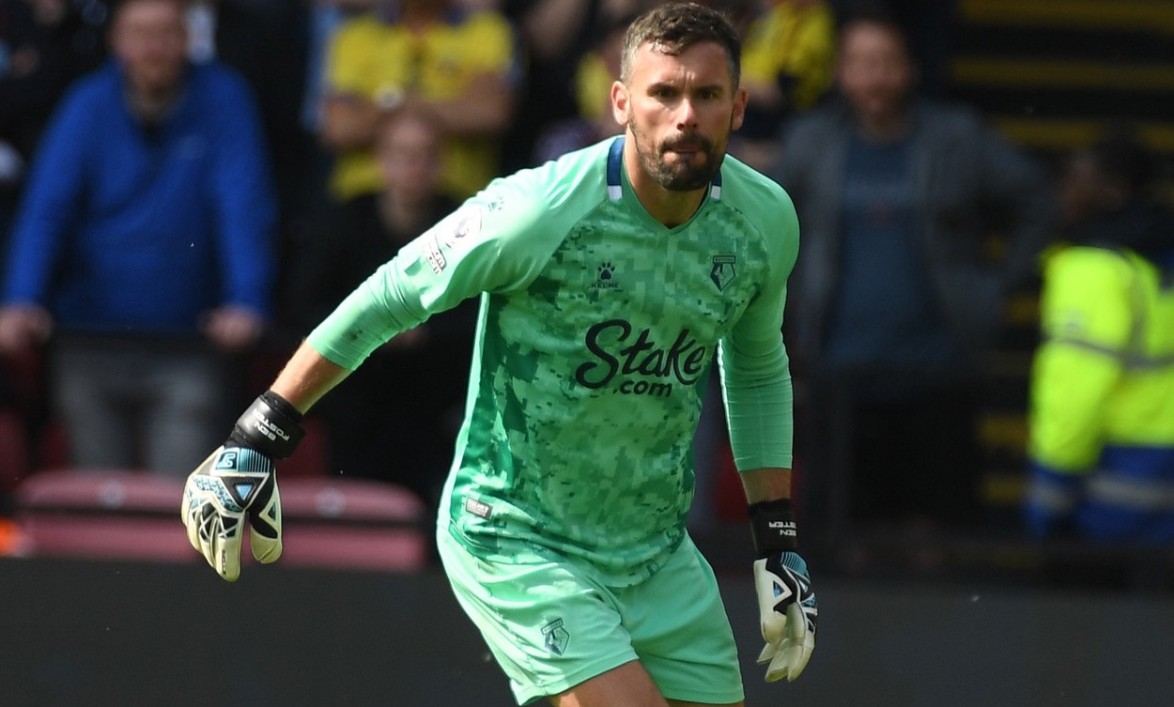 It was soon the turn of visiting No.1 Pope to keep his gloves warm at the other end, with the England international producing a smart stop to keep a goalbound Kucka effort out after good work from Dennis and Ismaïla Sarr.

Substitute Barnes fell just inches short of snatching an equaliser in the 73rd minute, but the impressive Foster was once again on hand to scoop his close-range header out to safety, and keep it 1-0.

But there was nothing Foster could do as former Hornet Cork latched onto a looping cross to head Burnley level at the back post with seven minutes left, and in the 86th minute Brownhill completed the turnaround with a powerful effort from outside the area.