Emmanuel Dennis' second-half goal wasn't enough for Watford to avoid defeat against Brentford at Vicarage Road, as goals from Christian Nørgaard and Pontus Jansson condemned the Hornets to a 10th straight loss at home.

Nørgaard's tap-in put the Bees ahead in the first half in a relatively even battle.

Dennis and Watford responded well and threw caution to the wind to find a second goal, before Jansson's stoppage-time header against the run of play handed Brentford a winner.

A slow start for both teams saw little action in the opening stages of the game, Christian Eriksen’s off-target curler the first attempt of the afternoon. Ismaila Sarr headed over minutes later after Kiko Femenia’s clever delivery into the box, with possession mainly in Brentford’s defensive third.

The Bees took full advantage of the next chance they received, however. A long throw-in from Ethan Pinnock was met by Kristoffer Ajer’s flick-on, and amidst a packed six-yard box Nørgaard tapped home for an early lead. 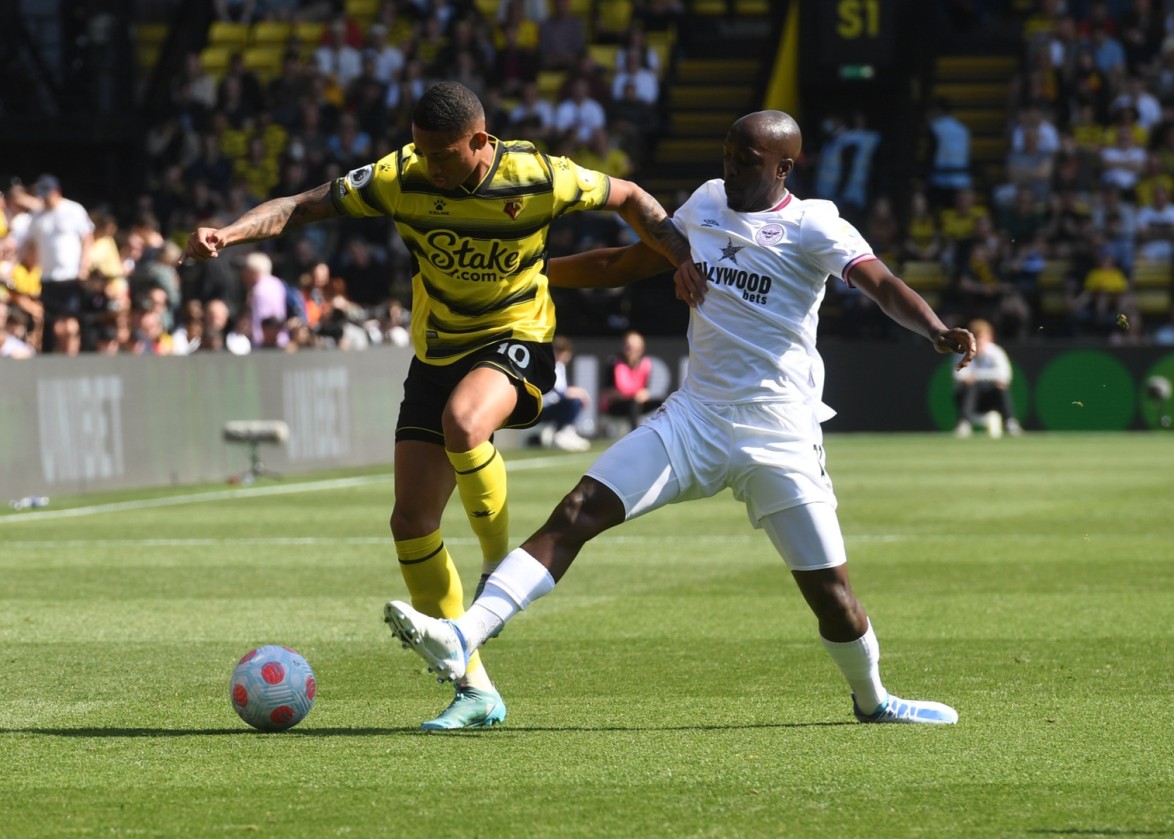 Yoane Wissa tested Foster with a ranged effort, as did Eriksen, but both times the Hornets’ number one saved and held the shots on goal. Watford too were building up attacks, only lacking a final pass to create clear-cut chances.

Sarr broke into the box on the stroke of half time and looked ready to unleash a shot before Rico Henry sprung into action, sliding to put the ball out of play.

Watford were nearly caught out by a chance early in the second half when Eriksen’s dinked free-kick allowed Ivan Toney to nip into space, but the Englishman couldn’t put his shot on target. 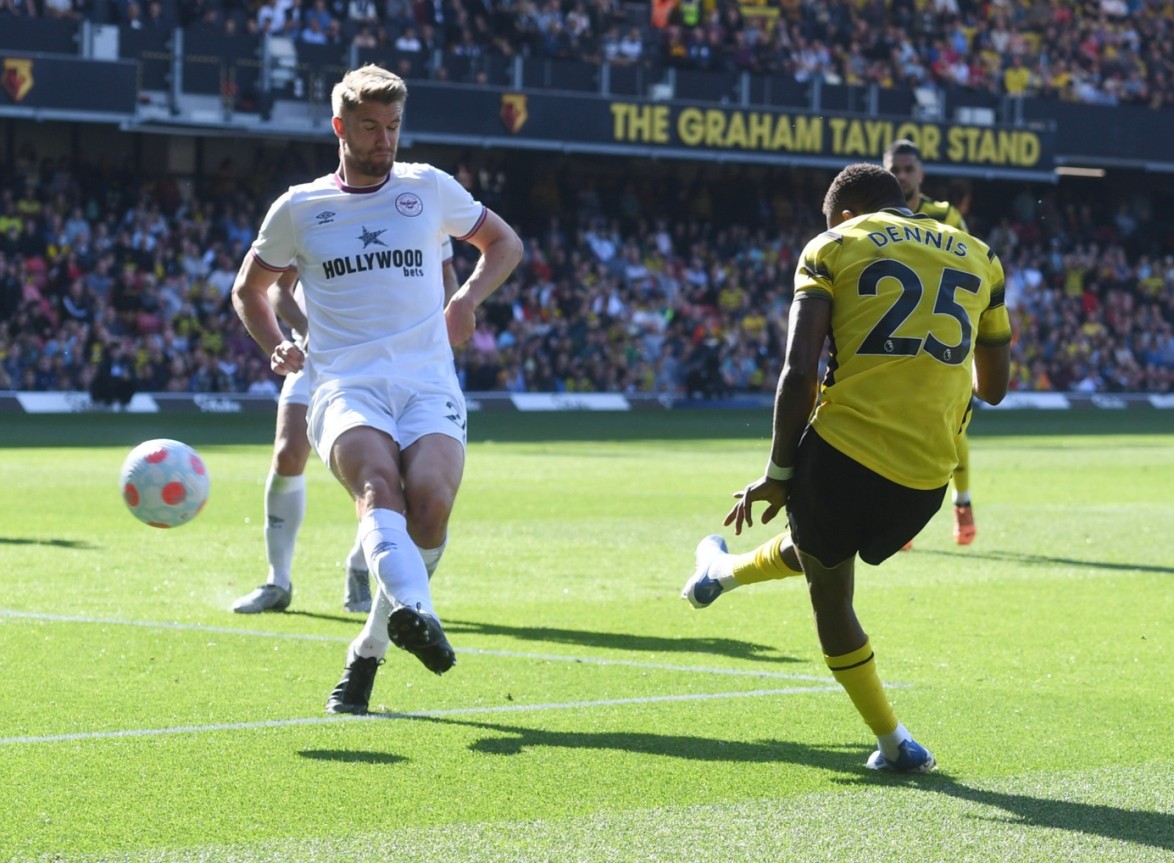 Almost immediately afterwards, Watford were on the charge. Moussa Sissoko’s cross eventually found Dennis at the back post, who fired powerfully in at the near post, orchestrating the home support in his celebration.

Initially ruled out for a potential offside in the build-up, confirmation of the equaliser prompted a huge lift around the stadium. Buoyed by the goal and subsequent eruption of the Rookery End, the Hornets were in the ascendancy.

A frantic few minutes of chances for Watford eventually settled. Bryan Mbeumo charged down the right in an effort to cross goalwards, but Samir was on hand to tackle at full stretch. 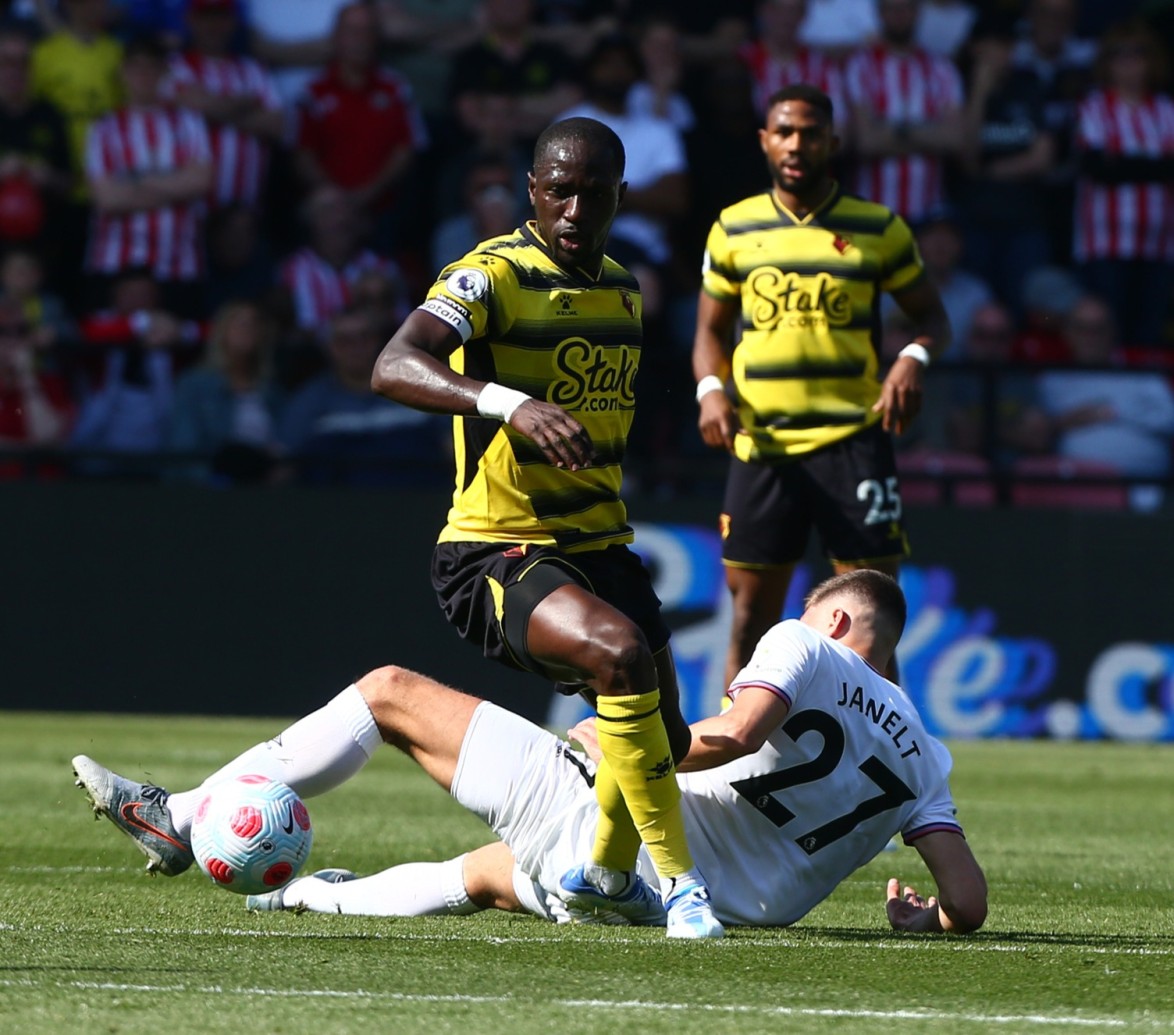 Dennis stepped up to take a free-kick on the left wing, rattling the crossbar with a dipping attempt.

The Vic was in full voice as Roy Hodgson's side vied for the decisive goal. King was next to hit the woodwork, as Louza's follow-up lofted agonisingly over the bar.

Cruelly, as in the reverse fixture, the Bees snatched a winner in added time. Jansson leapt highest to head in past Foster and snatch all three points at the death.

Next up is Manchester City at the Etihad Stadium, as Watford look to climb up the Premier League table and escape relegation.