Well, that was almost the perfect way to atone for a red card.

Stipe Perica has been itching to get back playing after his red card at Newport County which landed him a three-game ban, a suspension that would have flashed by in just about any other time of the season. But the nature of the fixtures meant he has had to wait a month to put it right and boy did he do that in the lunchtime kick-off with Bournemouth.

The Croat, who looks absolutely tailormade for the Championship, took just 11 minutes to get back in everyone's good books and his Watford career is now up and running. The striker is only 25, packing plenty in already having played in five different counties, but he has already forged a reputation of scoring in the big games. He has registered goals against Ajax, Turkish giants Trabzonspor, Roma, Napoli, Juventus and a winner against AC Milan – and now has one in a game that matters a lot to the Watford fans.

There is plenty of spice between the Hornets and the Cherries, dating back to two action-packed seasons in the Championship, so Perica's goal would have been cheered loudly by those Hornets at home. It was just a shame it didn't end in a victory, as it should have done, Chris Mepham scrambling one home deep into injury time. These games against Bournemouth are never lacking in drama. 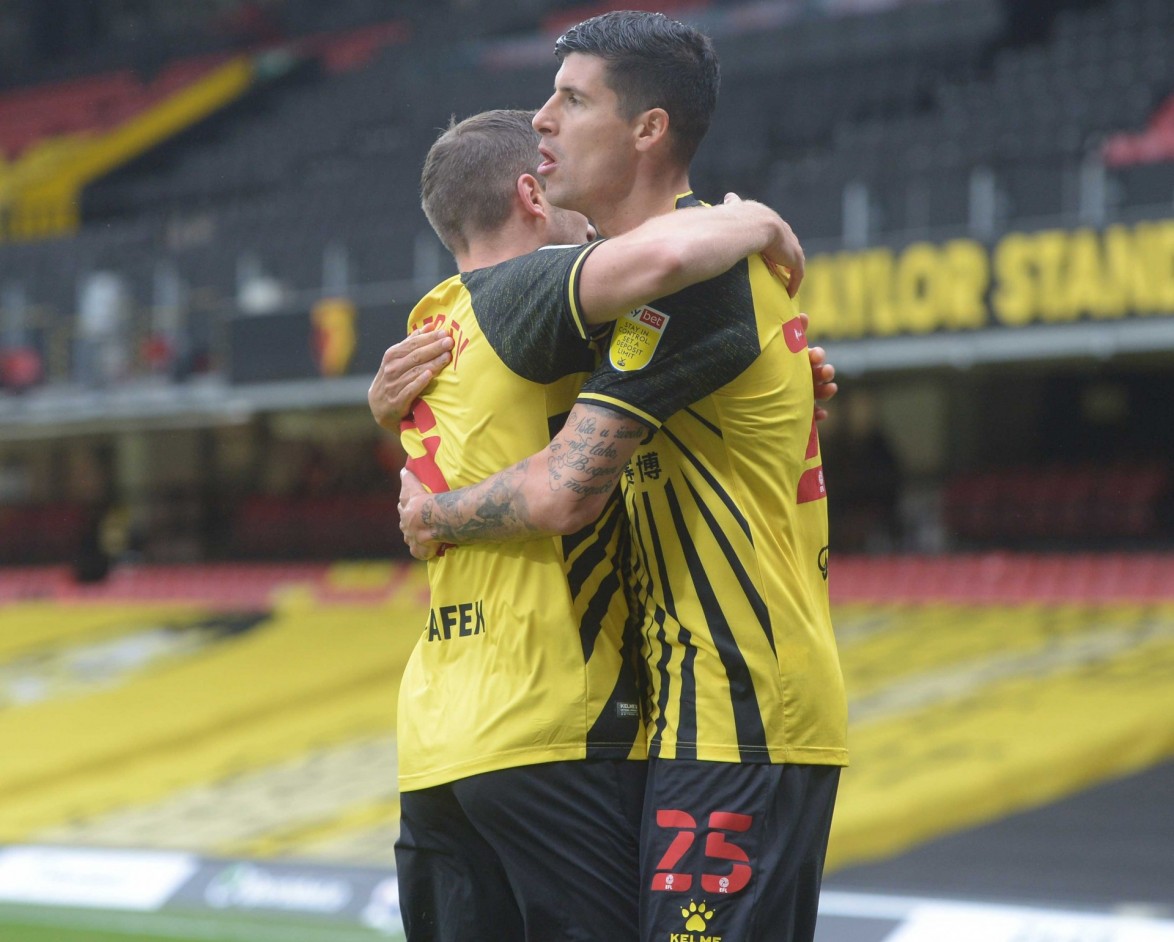 Perica looked like he was going to emerge as the match-winner on his full league debut. He showed terrific instinct, the sort that persuaded Chelsea to sign him as a teenager, to sense where Ismaïla Sarr was going to deliver his ball across the face of goal and slid it in at the far post with his left foot. It all originated, though, from a stunning cross-field pass from Craig Cathcart, one that Étienne Capoue would have been proud of.

It represented the high point of a very good half from the 50-cap Northern Ireland international. There were a couple of good defensive clearances, a towering header he won when up against Dominic Solanke at the end of the first half and, to sum up the confidence he was playing with, a free-kick he took with his left foot to find Sarr.

Cathcart's performance was emblematic of a showing that had the Head Coach stamped all over it. The Hornets were at it, perhaps fired up by a high challenge early on from Lloyd Kelly on Sarr. Tom Cleverley, in particular, was furious and he snapped into tackles on Arnaut Danjuma and Lewis Cook. Following his captain's lead, James Garner picked up a yellow card for a tackle in the middle of the park, Sarr got in on the act with a challenge on Diego Rico by the dugout, Nathaniel Chalobah made a well-timed and well-needed interception on Joshua King and likewise with the excellent William Troost-Ekong on Solanke. And this was all in the first half. 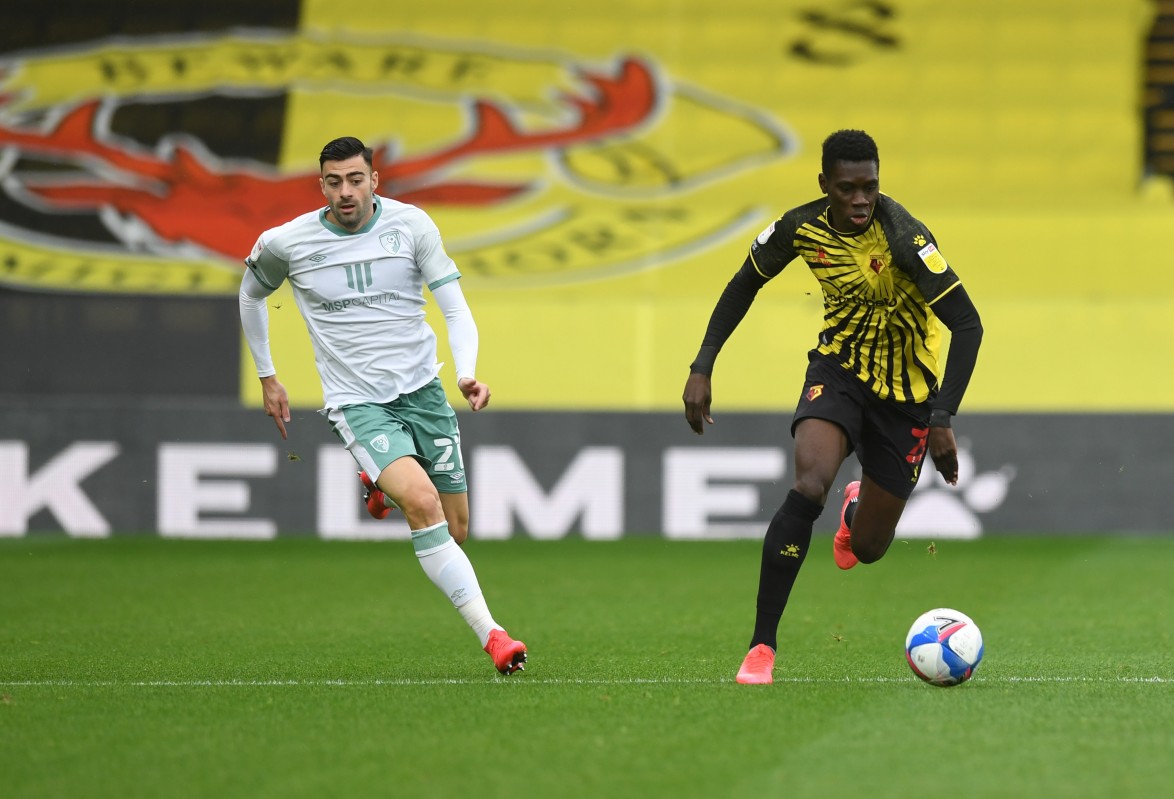 Vladimir Ivić wasn't resting on his laurels at the break, bringing on the most recent winner of the Player of the Season trophy in Capoue for Garner. And the French maestro was straight at it, playing a couple of wall passes in midfield before setting Sarr free with a wonderful ball over the top. He really is a joy to watch at times. Sarr should really have scored, seeing his effort saved by Asmir Begović.

Ben Foster, at the other end, didn't have much to do, making a routine first save from Solanke on the half-hour and then a much better one on the hour. Jeremy Ngakia then almost muscled one in from a cross-shot while Sarr, who came in for some rough treatment, shot wildly over the edge of the box when a free-kick dropped his way. Domingos Quina, on as a sub, hit the target with two that dipped and swerved, causing Begović enough of a problem that he had to shovel it away for a corner and flap at another.

Bournemouth made more of the running in the second half, while the Hornets played on the counter, so it was probably not completely unjust the visitors claimed a late equaliser from a corner. They probably just about deserved it on the balance of play. Ivić, who loves nothing more than a 1-0, would been livid as the Hornets were so agonisingly close to a fifth clean sheet in seven matches and a fifth win. Still, 14 points from seven games represents a very decent start.