Guess who's back? Back again...in the Premier League!

The Hornets will triumphantly take a seat at the top table of English football next season after clinching promotion at the first time of asking with a 1-0 win over Millwall.

The Golden Boys may have made hard work of things this season and put everyone watching so loyally and patiently from home through the mill, but the worrying, checking the other results and sleepless nights can now stop. It's done. It's over. They have incredibly wrapped it up with two games to spare, something no-one would have predicted after two results at the start of February, and they've done it on the back of a quite remarkable run, 13 wins from 16 games, that will go down as one of the great end-of-season charges. 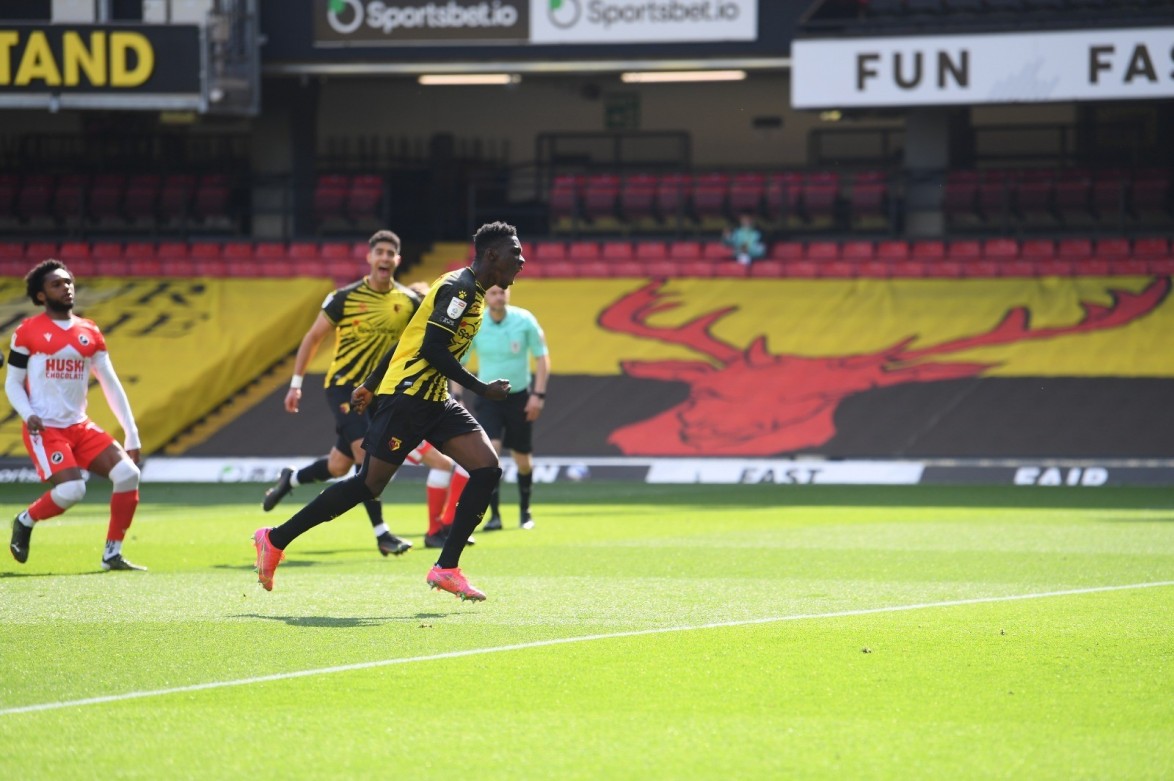 While they have a deep squad and players of Premier League quality, others who have been similarly resourced have made a hash of bouncing back at the first attempt. Indeed only 16 clubs had done it in nearly 30 seasons of the Premier League and the Hornets are now the 17th. The Hornets know first hand just how difficult it is, having finished fourth in 1989, ninth in 2000/01 and and sixth in 2007/08 when previously falling out of the top flight. You can end up being in the Championship wilderness for many seasons if you don't get it right first time.

Thankfully, the club don't have to worry about that and the planning, as well as the partying, can now begin. There is no doubt everyone deserves it after the year and a bit we've all been through.

It was only 24 hours short of being six years to the day that promotion from the Championship was clinched last time and this one looked and felt very different. For a start it was secured on the pitch, rather than on the team bus back from Brighton, and this time it was in the team's hands. Beat Millwall and the job was done – and that's exactly what they did. 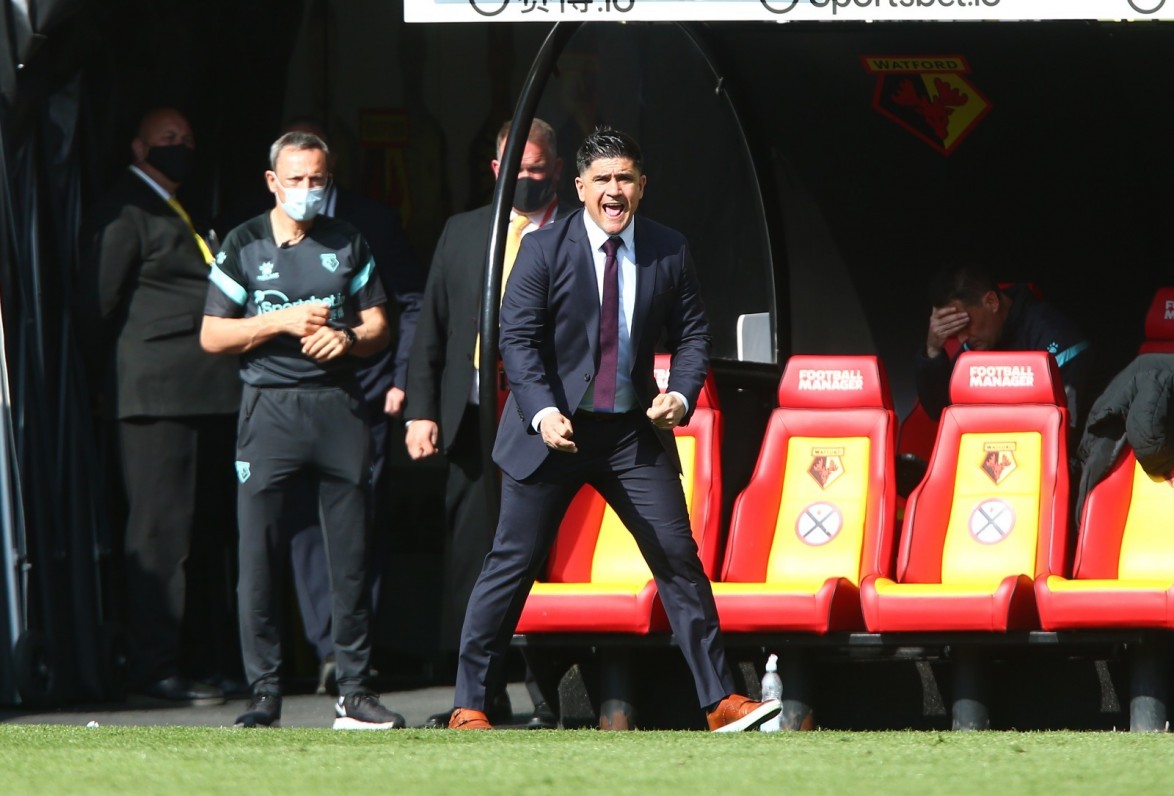 It threatened to be a procession when Ismaïla Sarr stroked in a penalty after 11 minutes for his 13th of the season. Lucky for some, eh. It didn't quite turn out that way and Daniel Bachmann was forced into two scrambling saves ten minutes before half-time while Scott Malone planted a header just wide from a smart-corner routine. The Lions definitely showed why they had drawn 0-0 at Norwich and Brentford this season and held the Hornets to a goalless draw at home. They didn't come here to roll over and have their tummy tickled.

Apart from one João Pedro took off Tom Cleverley's toes, a header from the very bright Dan Gosling and one Will Hughes flashed well wide, the Hornets never really threatened to build on another early goal at Vicarage Road. Thankfully, they kept the back door shut at fortress Vicarage Road and now have to go all the way back to the game against Cardiff at the beginning of December to find the last time they conceded in the first 45 minutes at this place. 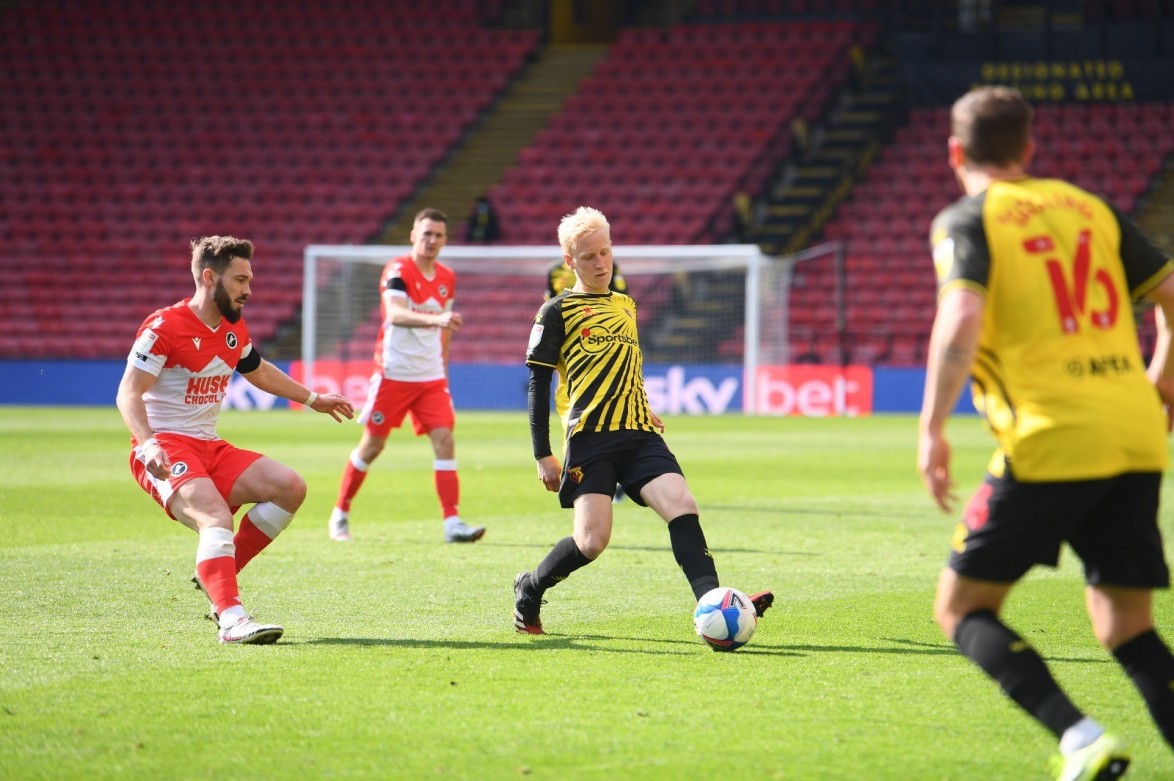 Things weren't much more fluent in the second period and the home side looked nervy and laboured following the high-octane performance at Norwich. There was a decent shout for another penalty following a foul of Sarr, this time by Mahlon Romeo, while Bachmann had to again scramble across his line to turn one from Billy Mitchell round the post for the corner. Xisco Muñoz sensed an injection was needed so he sent for Andre Gray and Nathaniel Chalobah from the bench. The pair almost combined for that buffer of a second goal, Chalobah's lofted pass over the shoulder finding Gray and he forced a smart low save from Bartosz Białkowski with a first-time effort.

Another one would have been lovely, just to settle the nerves, but when you have a defence as parsiminous as this you don't always need it. In equalling the club record number of home wins of 18 in a season, set in 1977/78, this group kept their 22nd clean sheet which matches the tally of 1996/97. They will run out of games to match the high-water mark of 25 set in 1968/69, but you won't find anyone losing any sleep over that. 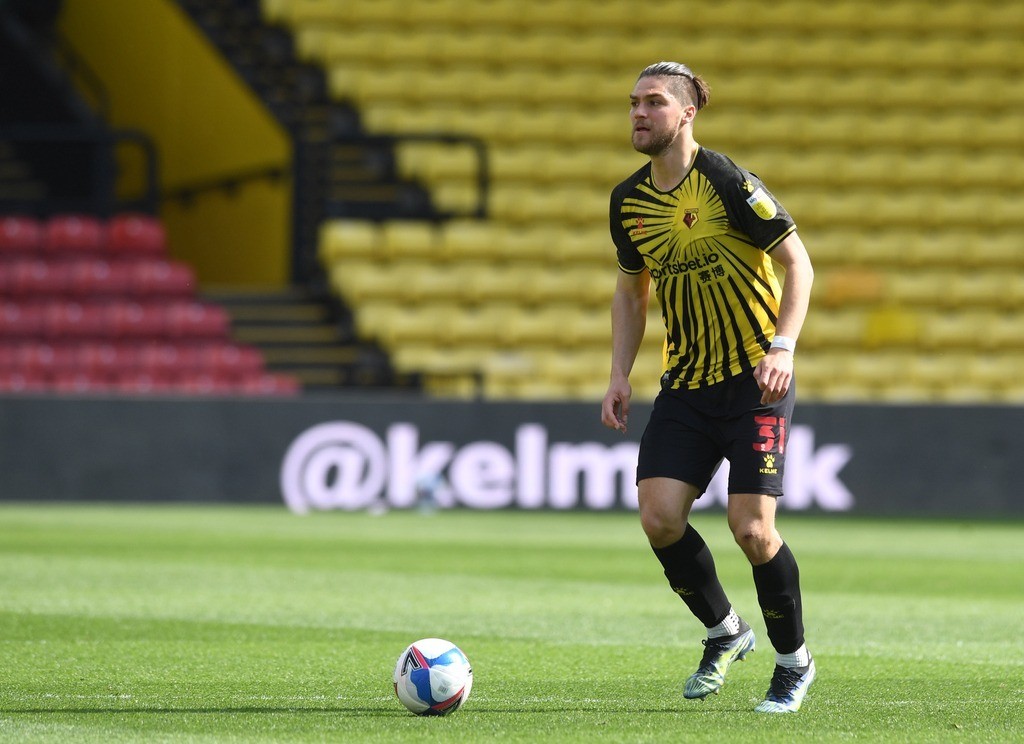 Promotion was the sole target this season, however it was achieved, and Muñoz has swept them to it with a sequence of results that will live long in the memory. It was just a shame there was no fans here to see so many of them and the one that got them over the line. But you'll be back. And back for Premier League football. It will be like you've never been away.