The Hornets reacquainted themselves with the Championship after a five-year absence with the sort of gritty win you need to chisel out regularly if you are going to have a real crack at navigating a way out of this notoriously difficult division.

It wasn't pretty, it probably wasn't going to be given the new-look nature of this side and the short preparation time, and it wasn't ever really fluent, but the team worked its Kelme socks off, got the job done and gave themselves a decent base to build on. The winning goal came from a set-piece, as it invariably does at this level, after 11 minutes, from Craig Cathcart, a player who got them out of this labyrinth of a division last time. He knows his way around the Championship and his know-how, along with that of captain Tom Cleverley and Glenn Murray, is going to be vital for this bunch.

Winning is a habit, as Vladimir Ivić can testify having not lost a single game of the 52 during the regular season in Israel, and he will be delighted to be up and running already. You don't get any extra points for aesthetics in any league, let alone this uncompromising one, and it won't bother him one iota how these three points were collected. He knows there will be more, much more to come from this group once he has a full complement of players at his disposal and further time on the training field to work his magic. He is also showing, like he did at Maccabi Tel Aviv, that he is capable of working with what he is given and blooding youth. 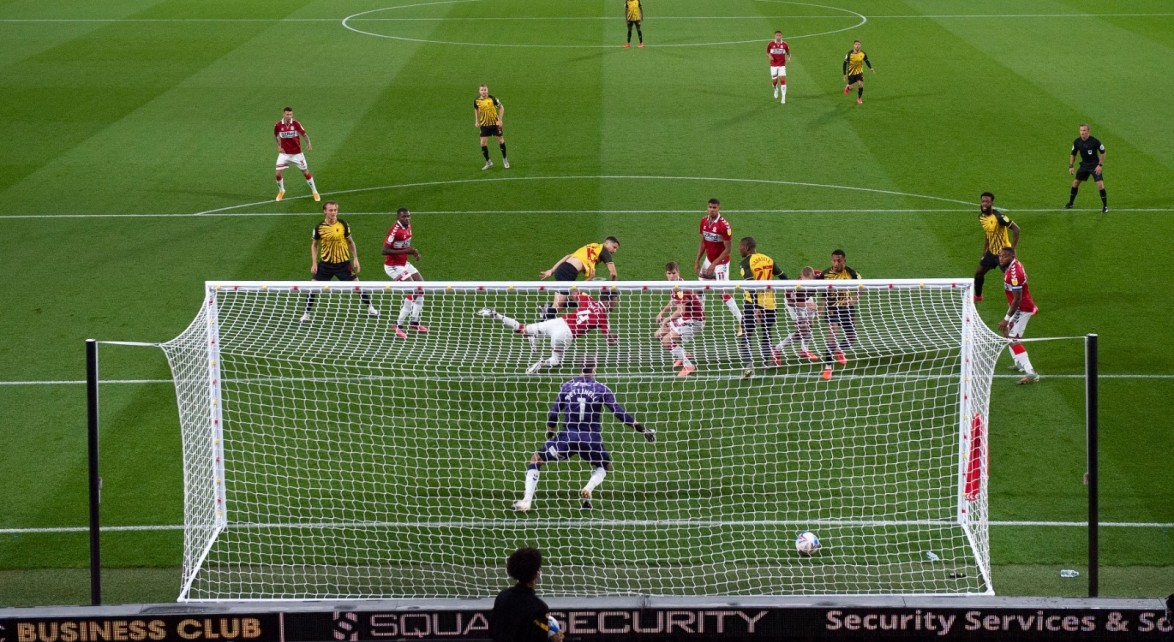 This probably wasn't the side the Head Coach envisaged fielding when he flew to England and checked over the star-studded squad list during the flight. The Hornets had 17 players unavailable for the Championship opener, but you won't find the Serbian moaning one bit. He gave three players their first league start for the club, including the first of any kind for Jeremy Ngakia, and named a seven-man bench that had just six Hornets starts between them. Murray came on for his debut, so did Dan Phillips, while Marc Navarro trotted on for his first appearance since Huddersfield away in April 2019.

With some players finding their bearings and the team looking for cohesion, it needed some of the experienced players to stand up and they don't come more experienced than Cathcart. He was making his 169th start for the Hornets and marked it with his eighth goal. It was his first since he nodded one in at Wembley against Tottenham in January 2019. The circumstances couldn't have been more different – a packed national stadium in a glamour Premier League game compared to an empty Vicarage Road in a second-tier fixture – but that won't bother the Northern Irishman. They all count and almost count double when you are looking to launch a new era and validate what a new voice has been preaching and encouraging in training.

Even before the goal, the early signs were fairly encouraging. Cathcart, Cleverley and Ben Wilmot all snapped into tackles inside the first 20 minutes to set the tone and show this new-look team are prepared to roll their sleeves up. Plenty of that is going to be needed during a season where you are barely going to have time to catch your breath and in a division where the emphasis is on perspiration rather than inspiration. 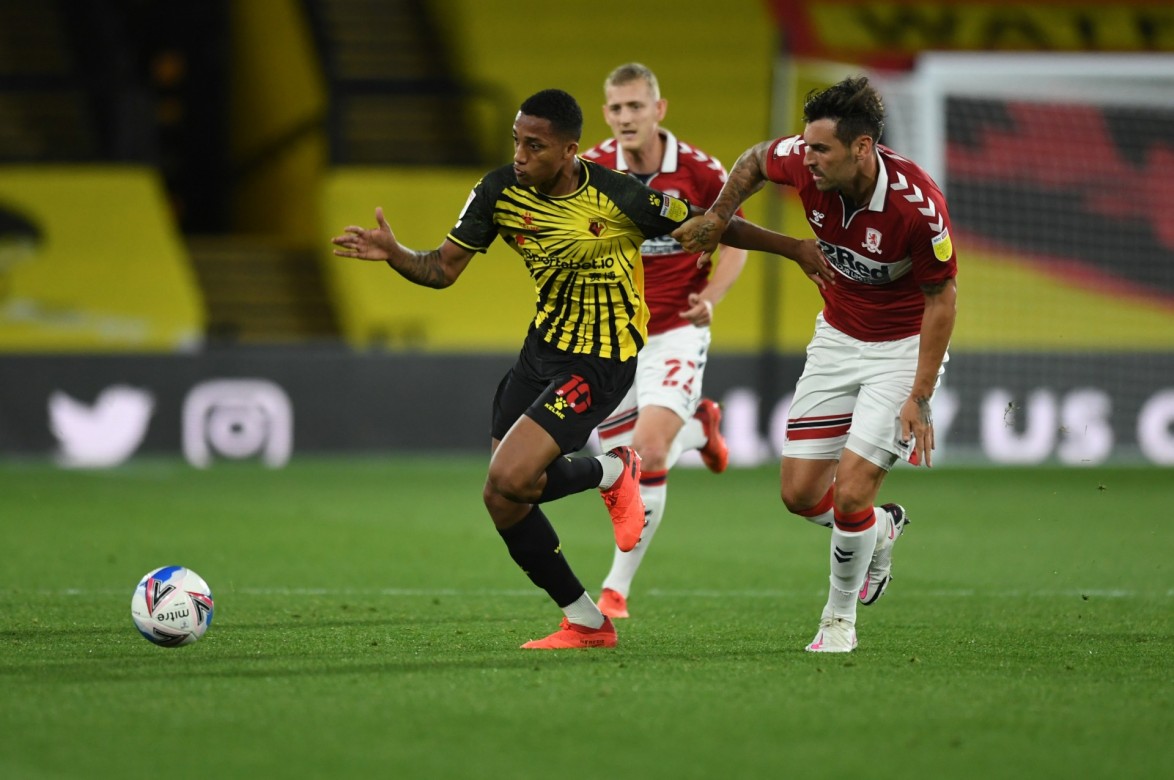 A proficiency in set-pieces, at both ends, is going to be needed in order to plot a way out of this division and it looks like this team have read the memo. Cathcart powered in from Ken Sema on 11 minutes and then João Pedro should really have done the same just before the half-hour mark. The fact both players were able to engineer some space in the box shows some clever work has already taken place on the manicured fields of London Colney.

It wasn't all Watford, though. Definitely not. Ashley Fletcher flashed one past the far post via a deflection and then Ben Foster had to save well with his legs from Britt Assombalonga in the first half alone. The 'keeper was vocal throughout the game, but was particularly animated after the former Watford striker was allowed in to get that shot away.

Foster was the busier of the two 'keepers in the second period, too. He pushed one round the post, deflected one over from Assombalonga and then will have been relieved to see Grant Hall, at full stretch, blast one over from close range following a corner. Assombalonga then probably missed the best chance with five minutes to go. 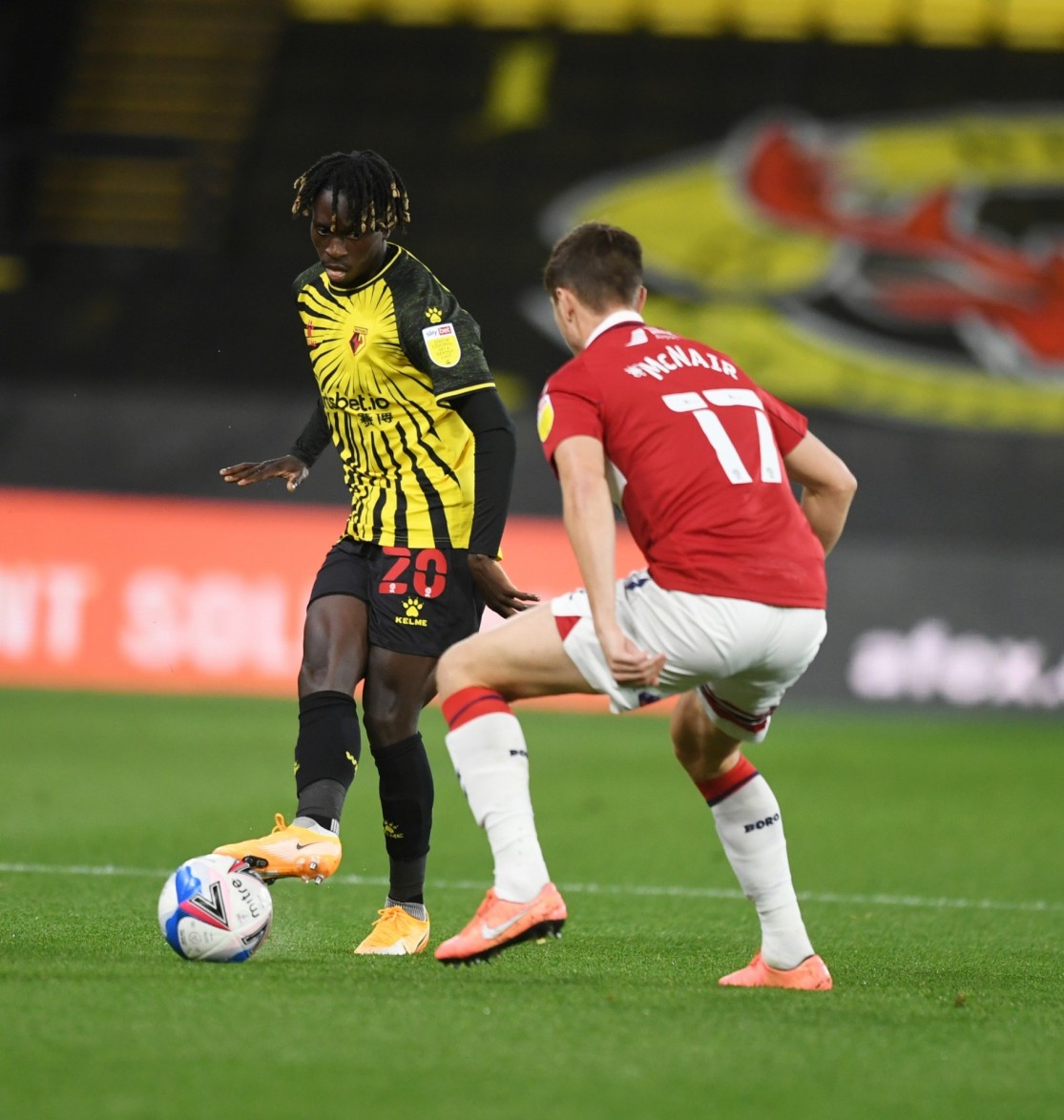 He implored his teammates to “take one in the face” if necessary from a free-kick and that was the kind of commitment the team played with, with Nathaniel Chalobah and Cleverley both crashing into full-blooded challenges in the second half. Demanding his players worked hard, Ivić will have loved it, particularly the desire to keep a clean sheet.

He might not have enjoyed the hairy nature of the last ten minutes so much, especially with the game poised precariously on a knife edge, but the Hornets dragged themselves over the line. One down. Forty-five to go.