Whatever career João Pedro goes on to have, and the signs are it will be a damn good one, he is assured of his place in Watford folklore and a place in the hearts of Watford fans after emerging as the winner in the long-awaited derby.

The Brazilian already looks like he has that sense of occasion all the top players have and he chose his 19th birthday and the first derby in 14 long years to bag his first goal for the club. It wasn't scored with any great flair and won't feature in any goal-of-the-season compilation, but what it lacked in star quality, was made up for in significance.

The strike, after 35 minutes from a Ken Sema cross, should provide the launchpad for his goalscoring career in this country; turned a promising start by the team into a good one and gave the thousands frustratingly watching at home plenty of reason to cheer in these challenging times. 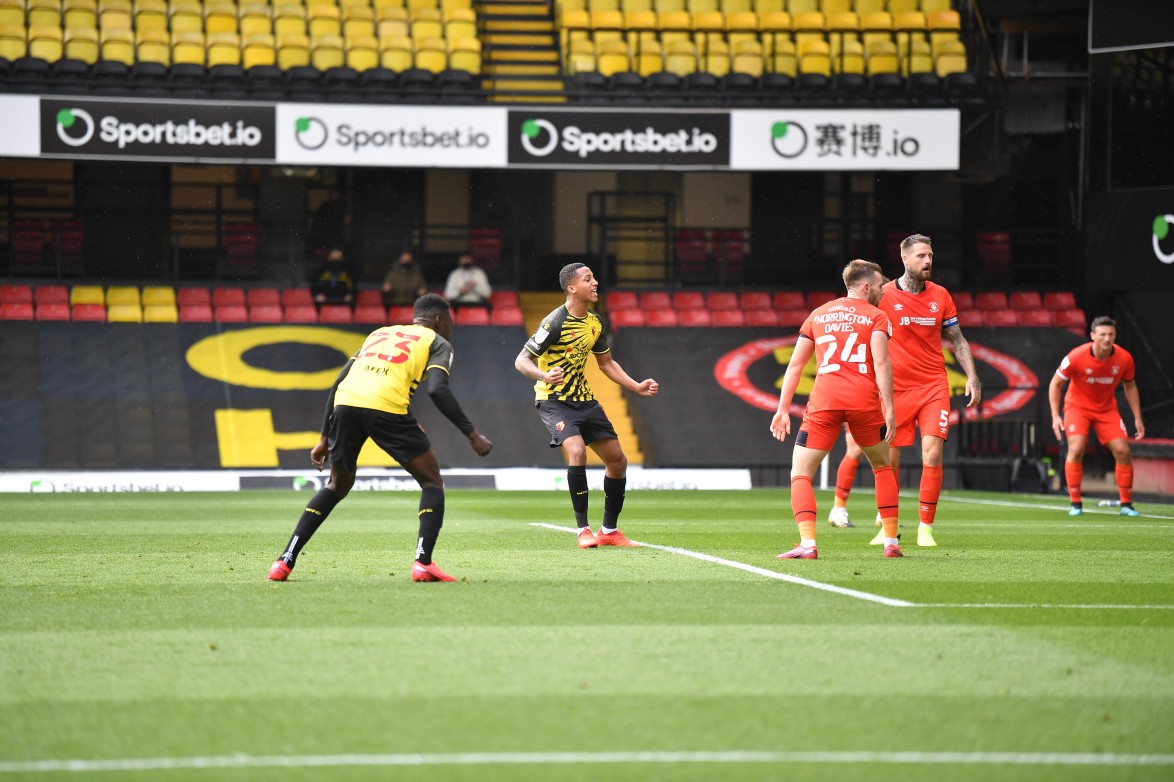 It also means the Hornets are now ten unbeaten in this lively Herts-Beds derby – Luton's last win was in September 1994 – and have also kept clean sheets in their opening three league matches of the season for the first time since 1988. Two wins, a draw and three shutouts is a very solid base for Head Coach Vladimir Ivić to build on indeed.

The Hornets and Luton are less than 19 miles apart and it took someone born 5,000 miles away to settle this one. In doing so, João Pedro became the Hornets' youngest scorer since an 18-year-old Nathaniel Chalobah scored against Wolves – and just how old does it make you feel to know that João Pedro was just four and growing up in Riberirão Preto when Watford last won a derby. Graham Taylor would even have forgiven him for going down with cramp late on.

His goal was coming, even though it arrived less than 30 seconds after Luton hit the underside of the bar through James Collins. The Hornets learnt the harshest of lessons last season when it came to the price you pay for missed chances, so it was handy their luck changed in the game that means so much to supporters. 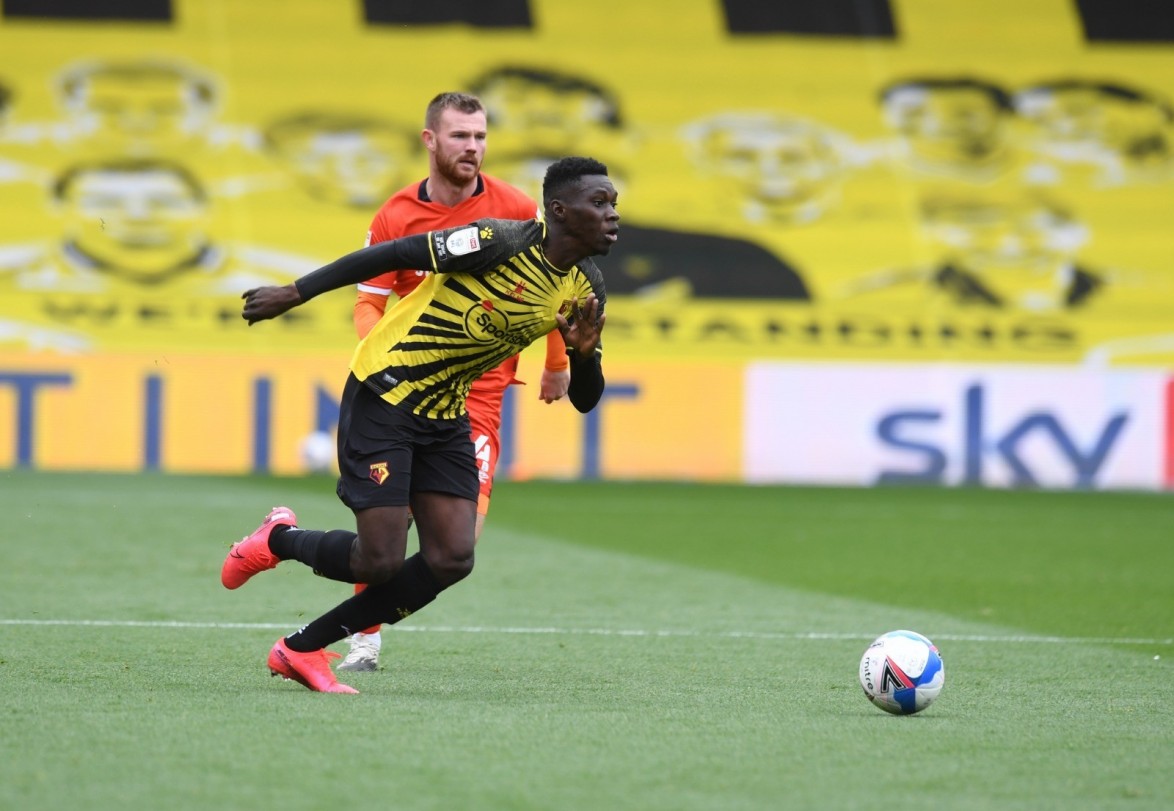 Most of the action had originated down the right wing and yet with what felt like the first raid down the left, the Hornets made the breakthrough. Perhaps the Hatters were so concerned about the threat from Ismaïla Sarr and Jeremy Ngakia down the right that they left the Swedish international Sema with a bit of room down the other side. He made the most of his freedom, darting from inside to out before crossing the ball low for João Pedro to side-foot home.

It would have been difficult for even the most partisan Luton fan to argue the home side didn't deserve it. They made most of the running, certainly in the first 30 minutes, enjoying five shots on target, two more than mustered in the entire 90 minutes at Newport.

They were at it from the moment Nathaniel Chalobah thundered into Harry Cornick early on and that was confirmed when you had Craig Cathcart spray a lovely cross-field pass to Sema that Étienne Capoue would have been proud of. There was a lovely turn and spin from Sarr and then Cathcart again got in on the act with a backheel to James Garner. 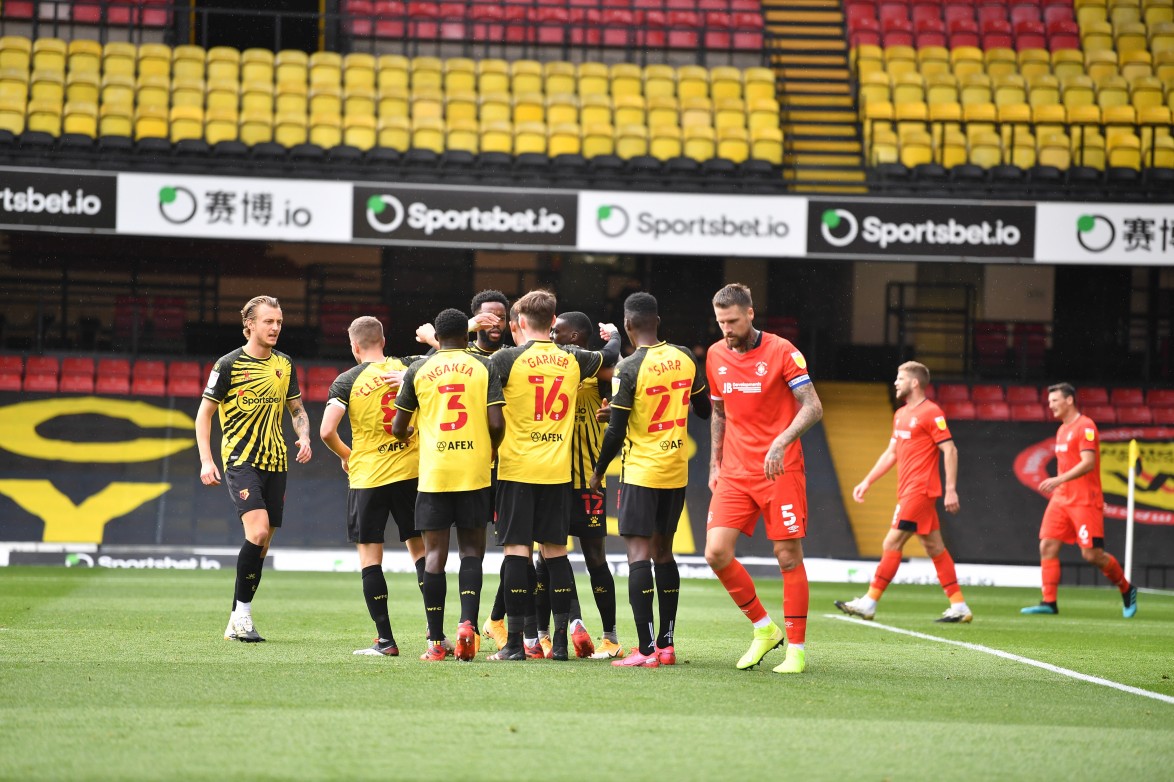 It was so much more cohesive from an attacking point of view, which you'd expect from a newly-formed side very much in transition. Ngakia and Sarr looked like a well-established pairing down the right and it was from their side that the main threat was posed. Sarr was involved in the move that led to Tom Cleverley cutting one back for João Pedro, which he probably should have scored from, and then João Pedro returned the favour for his captain seven minutes later.

João Pedro eventually took his chance on 35 minutes and the game could and probably should have been dead and buried five minutes after the break. Chalobah will have been disappointed not to score with a header from a Garner corner; the on-loan midfielder from Manchester United had one saved by the legs from Simon Sluga and then João Pedro saw the follow-up deflected wide.

Tom Dele-Bahsiru, on as a sub for the injured Chalobah, almost got that match-clinching second on 80 minutes, but in the end it wasn't needed. Troy Deeney rumbled on for his 399th club appearance and managed to cause a bit of argy bargey in the right-hand corner in front of the Rookery that would have gone down a storm had the fans been here. As it was they celebrated wildy from home and will enjoy this one for a while. They cannot, as the Depeche Mode song ringing out at full-time says, get enough of wins like this.