Tom Cleverley’s solitary first-half strike was enough to secure the victory for 10-man Watford on a humid summer evening at The Vic against Burnley in the Sky Bet Championship.

Ismaïla Sarr had the Hornets’ first opening of the game before, on the stroke of half-time, Watford skipper Cleverley placed the ball past the Burnley shot-stopper to send the Hornets’ supporters into the break buzzing.

The second period saw Daniel Bachmann called upon to make important stops, denying Josh Brownhill an equaliser on multiple occasions. Despite a late red card for Hassane Kamara, the Golden Boys were able to hold on to confirm three crucial points at an electric Vicarage Road. 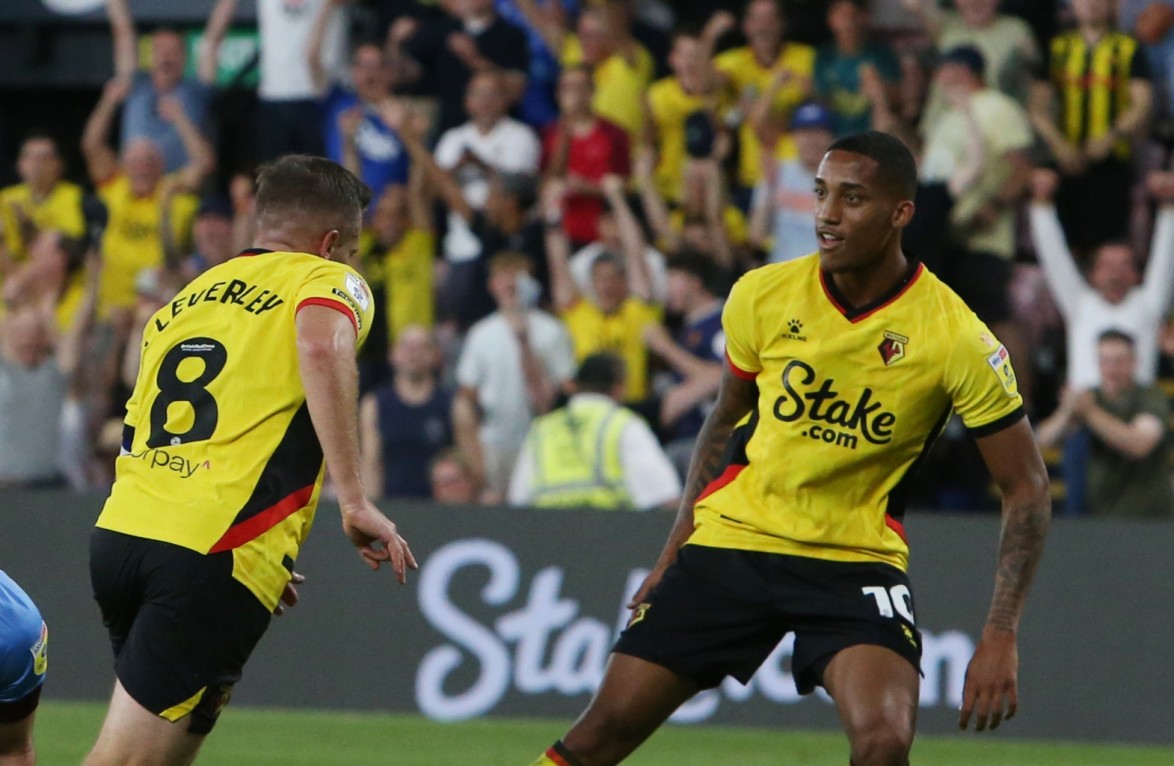 The Hornets will now turn their focus to the next match against Birmingham City on the road this Tuesday (August 16, 7.45pm KO), as Head Coach Rob Edwards looks to maintain their unbeaten record.

The team news ahead of the encounter revealed the Watford boss had given first starts to new acquisitions Hamza Choudhury and Mario Gaspar, both of whom were lauded by the attending Watford faithful before kick-off.

Once proceedings had got underway, the match began with high intensity as Kamara chased down Manuel Benson, bringing down the 25-year-old in the process. Burnley manager Vincent Kompany was first to make his feelings known to referee Thomas Bramall.

The first half-chance of the game fell to new recruit Choudhury, who lashed an effort towards goal but was unable to cause any meaningful damage. 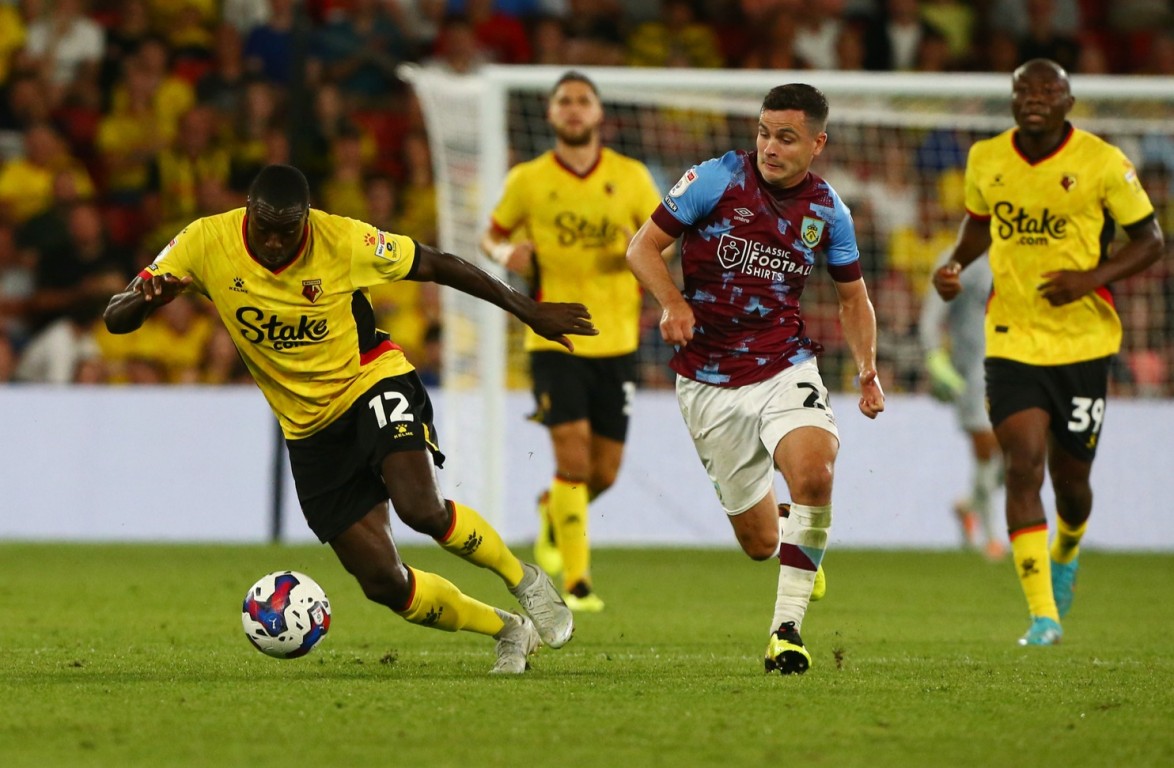 Despite that, the midfield general remained engaged and was heavily involved in the early stages of his debut, frequently starting or breaking up play.

Watford talisman Sarr earned his first chance of the game by forcing goalkeeper Arijanet Muric into a rash pass, intercepting the ball and striking an effort towards goal, but he was unable to capitalise on the error.

Impressively Choudhury would win the ball back again high into Burnley’s half, commencing a period of sustained possession for the Hornets. Despite a substantial amount of the ball, however, the Golden Boys were unable to fashion a clear opening.

After a significant period of relentless pressure during a sweltering summer evening, the drinks break came as sweet relief for the players as they received fluid and further tactical instructions. 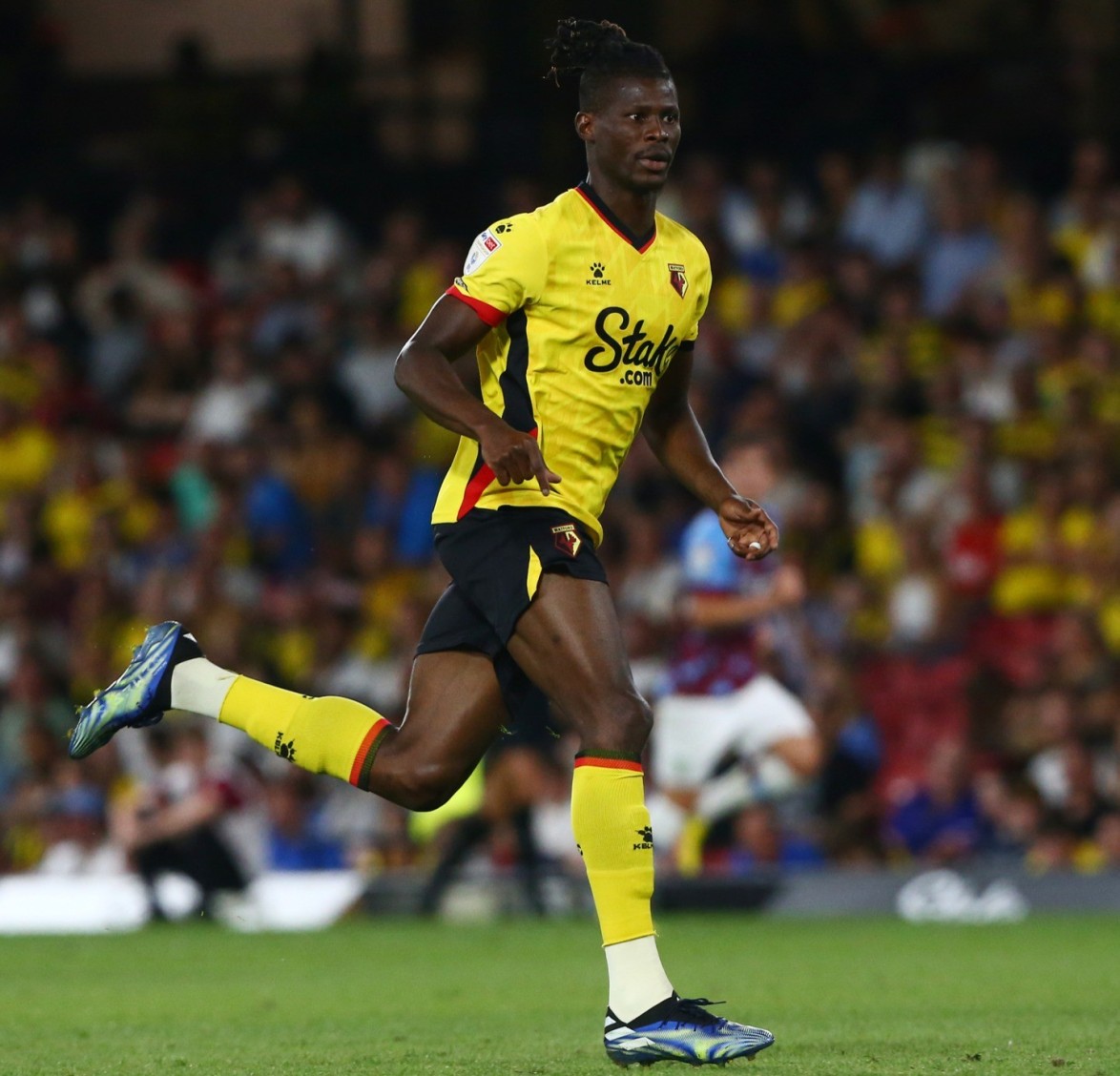 Following the short interval, Watford maintained the upper hand as João Pedro delivered a pinpoint cross to Sarr on the edge of the six-yard box, with the Senegalese international exhibiting impressive skill to bring the ball under control.

Unfortunately, the finish lacked the same composure as the touch, as the ball flew over the crossbar and Sarr glanced to the skies.

Momentum began to switch the way of the Clarets as they began to gain a foothold in the match. The visitors’ possession-based approach began to frustrate Watford, with the whistle for half-time soon approaching.

However, the Hornets never stood off and following a neat interchange between Sarr and Ken Sema on the right-hand side of the box, captain and birthday boy Cleverley slid in to put his side into the lead going into the break. 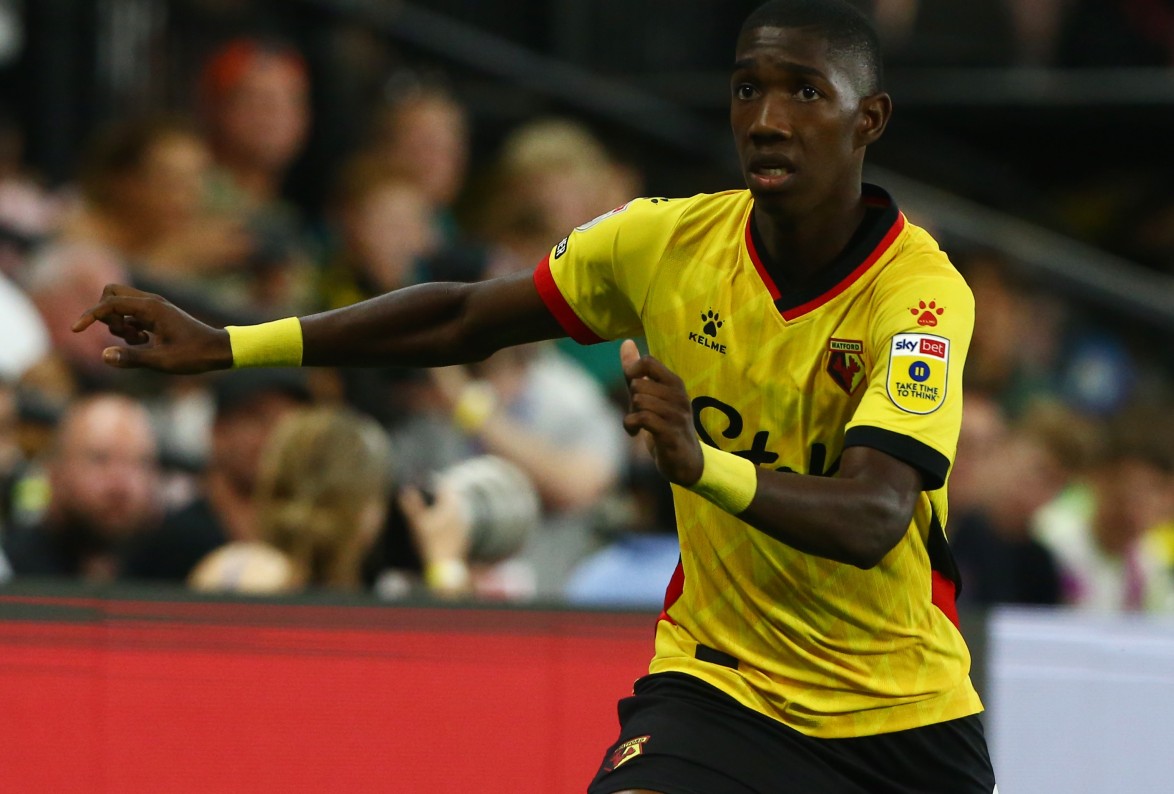 The 33-year-old was injured during the conversion of his opener and was unable to continue into the second period, eventually replaced by Dan Gosling.

Bachmann was called into action within the first five minutes, sticking out an important leg to deny a fast-breaking Brownhill, who was unable to poke it past the Austrian.

Watford fed off the vital stop as multiple set-piece chances followed, but they were unable to find a second in the early stages and break down a rugged Burnley defence.

Edwards turned to the bench in hope of doubling the lead, as Sarr made way for Vakoun Bayo. The Ivorian entered the field to make his debut for the Hornets in competitive action alongside Yáser Asprilla, who was also making his first appearance. 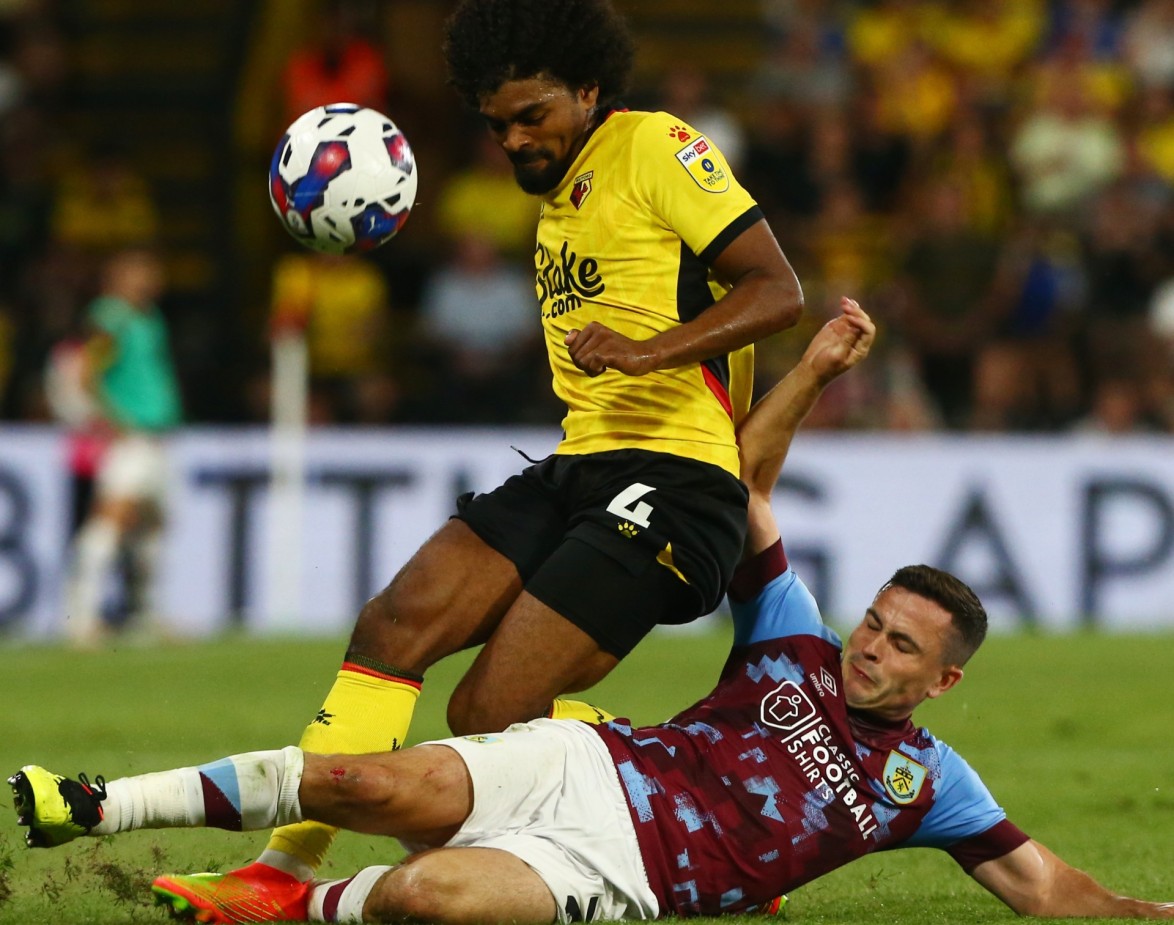 Bachmann remained alert at the back for the Hornets, once again denying Brownhill by diverting the midfielder’s volleyed effort away from goal.

Into the final 10 minutes of the match, Kamara miscontrolled a back-pass to Bachmann and was forced to bring down a charging Vitinho. The referee gave the Ivorian his marching orders and Edwards looked to shore the defence up by bringing on Christian Kabasele.

From the resulting free-kick, Bachmann made a flying stop to keep out Burnley captain Brownhill’s shot and maintain his clean sheet.

Watford’s number one would go on to make one final crucial stop to rebuff the Clarets before Ian Maatsen struck the post with the rebound and Brownhill hit the crossbar moments later, ensuring a crucial victory and moving the Golden Boys to the top of the Championship table.