Watford were defeated by Norwich City after three second-half goals sealed three points for the Canaries at Vicarage Road.

Norwich’s first goal came through Josh Sargent’s flicked effort, with the American scoring a second 20 minutes before the end of normal time.

In an eventful second period, Watford went down to 10 men after Emmanuel Dennis received a second yellow card, then Moussa Sissoko’s goal was ruled offside and Juraj Kucka’s own goal completed a disappointing night.

An early flurry of attacks from the visitors kicked the Hornets into gear in the first half. New signings Samir and Hassane Kamara were forced to make blocks and challenges, with the Ivorian particularly effective from left-back.

Kamara linked up with fellow new boy Edo Kayembe and threatened in attack, playing an excellent cross for Dennis, but the forward’s leaping effort was judged as a foul on Brandon Williams. 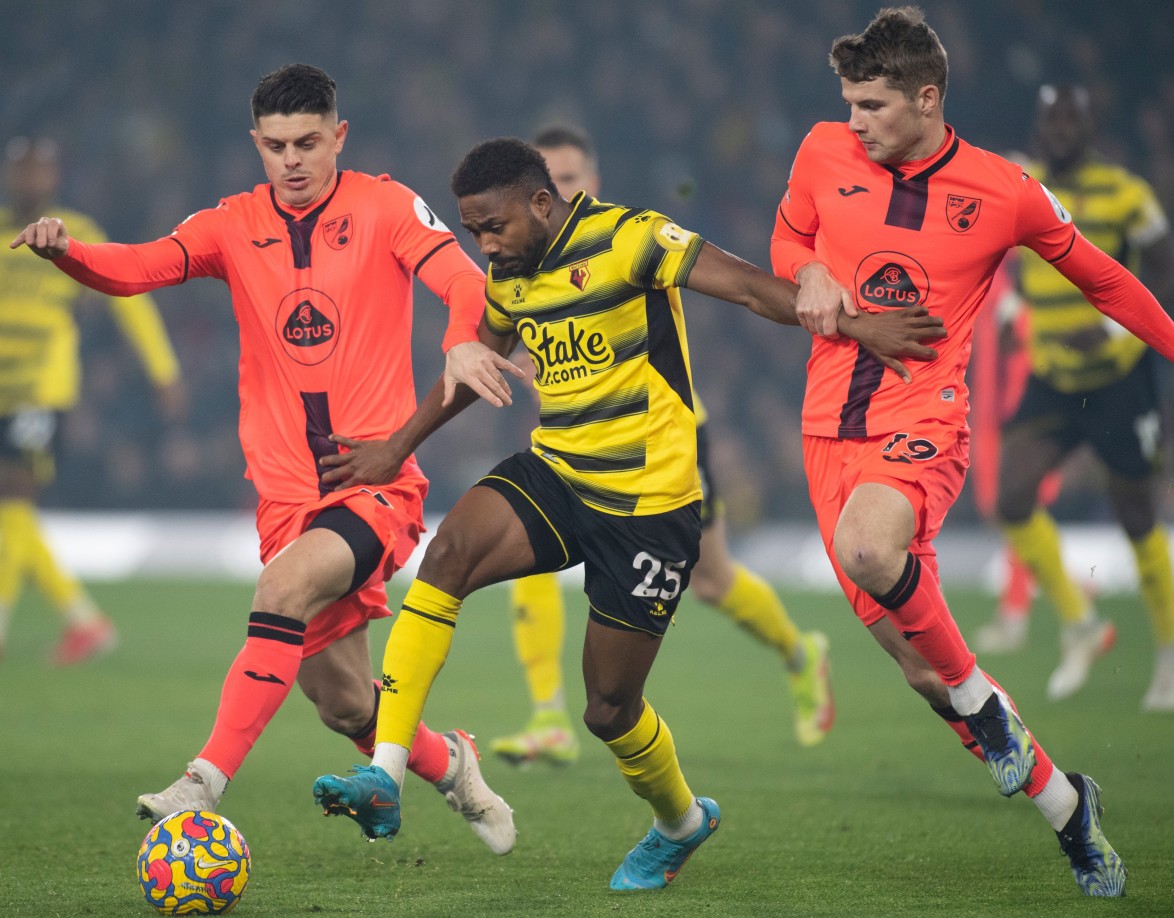 Watford focused their attacks on the left wing and breaking into the box, but the Canaries had potential on the counter-attack. A yellow card apiece five minutes before the break demonstrated the heightened tempo.

Joshua King later broke on the right flank and squared the ball to a rushing Moussa Sissoko, but the Frenchman couldn’t quite control his effort on target.

Watford were straight out of the blocks in the second period; Sissoko shrugged off Pierre Lees-Melou and found Joao Pedro, whose long-range attempt whizzed over. 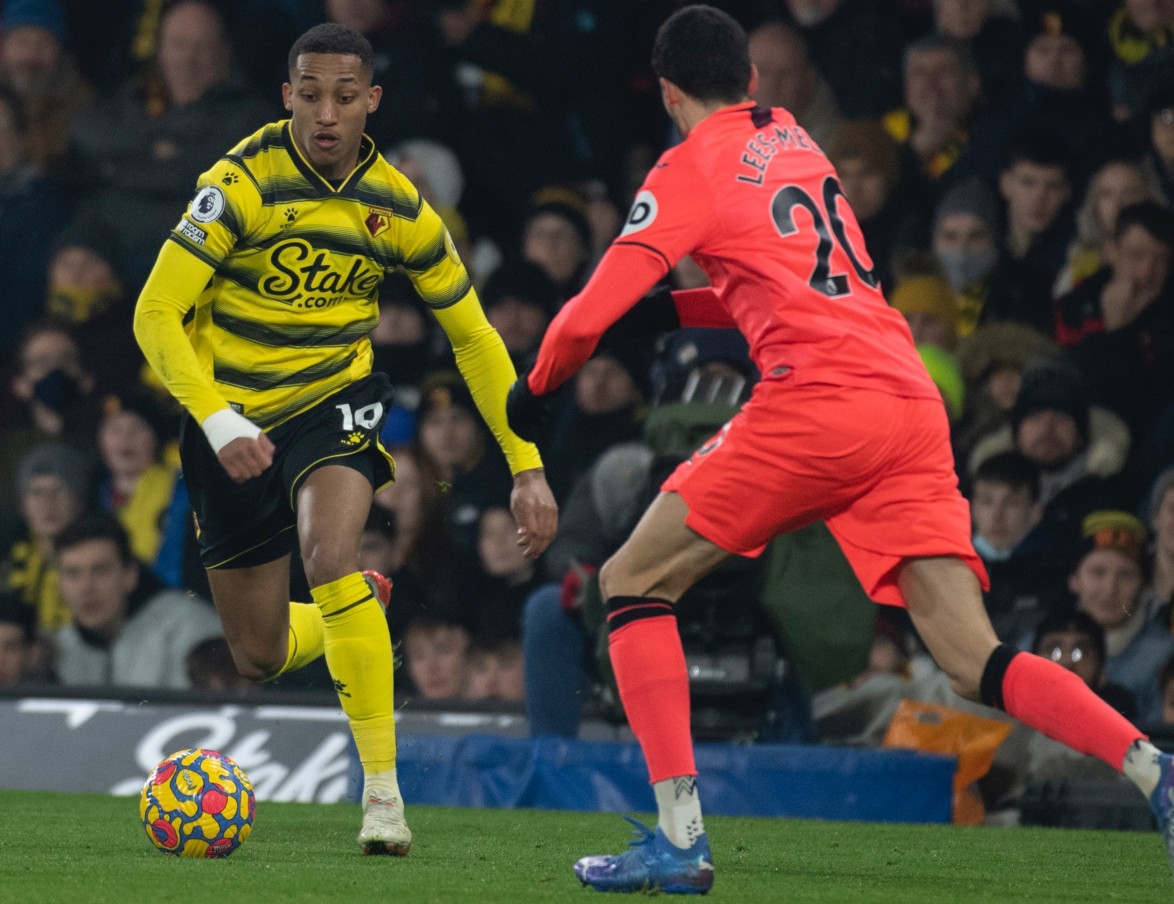 The opener came against the run of play, and after a lengthy VAR check. Samir appeared to have the ball under control and looked to shield Teemu Pukki, but the Brazilian lost possession. Pukki’s pass found Sargent’s heel and into the goal off the crossbar, confirmed by goal-line technology. Despite appeals for a foul on the centre-half, Sargent’s goal stood.

After a stoppage due to the floodlights, Norwich had their second. Sargent jumped over Kamara to head past Bachmann and extend the visitors’ lead.

Dennis was adjudged to have fouled Max Aarons with 15 minutes left of the 90, and given a second yellow card.

The Hornets weren’t going down without a fight, and substitute Cucho Hernández went close with two attempts. His header was cleared off the line, and a follow-up shot was saved by Angus Gunn. Then Joao Pedro’s powerful strike flew just over the crossbar. 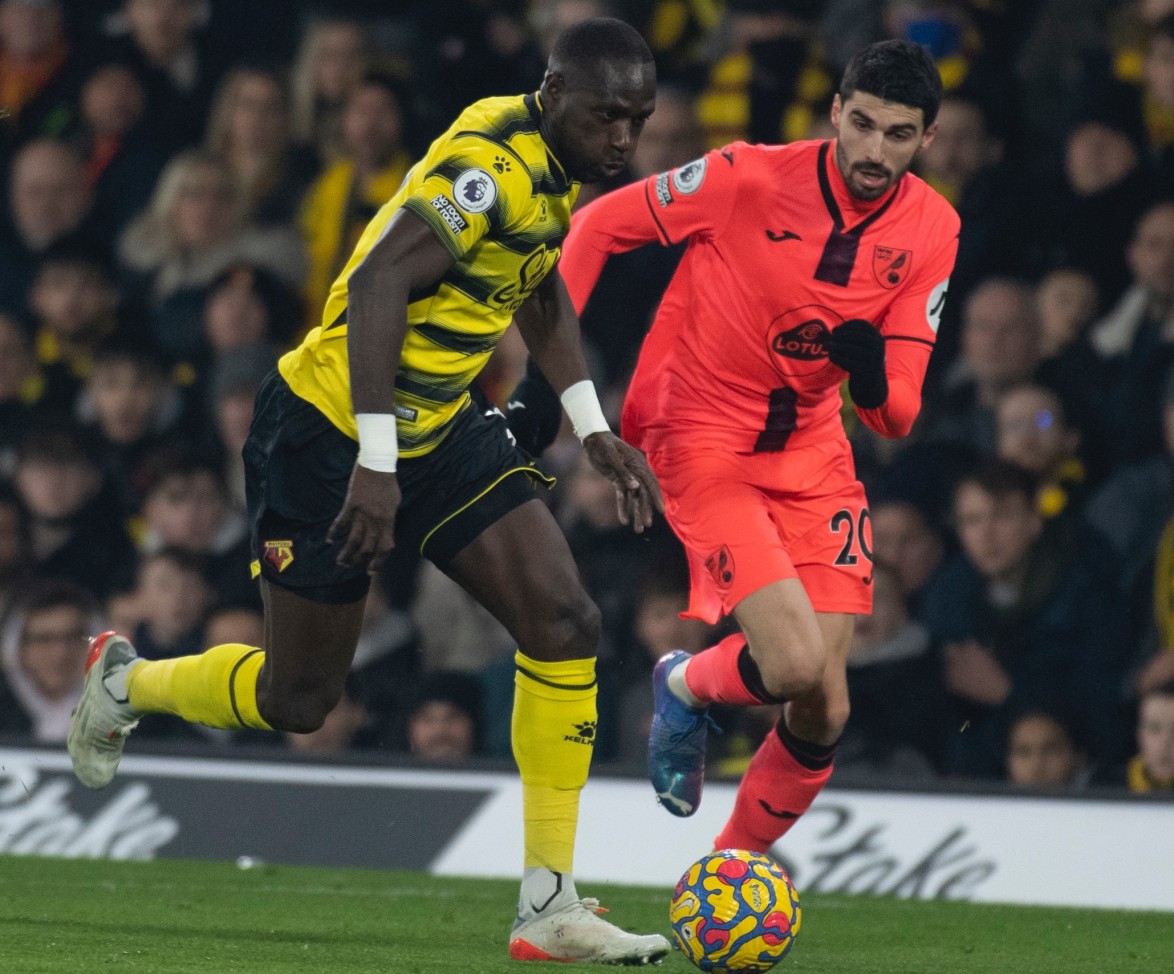 Sissoko appeared to have pulled a goal back, but the assistant’s flag denied the Frenchman. At the other end, substitute Juraj Kucka’s attempted clearance diverted in, and provided Norwich with a third goal.

Hernández nearly gave the home support something to cheer when his 30-yard attempt rattled the crossbar, but it wasn’t to be.

Attention turns to a clash with Burnley at Turf Moor in two weeks’ time, where Watford will aim to turn around a poor run of results.