Watford were cruelly denied a point as Tottenham scored a late winner after a dogged defensive display throughout a tough encounter at Vicarage Road.

The Hornets produced an astute defensive performance in the opening half, limiting Tottenham to few clear-cut chances. The visitors’ best opportunity fell to their talisman, Harry Kane, who pounced on a loose ball only to strike wide of the post.

With the match goalless at the interval, Watford came out of the blocks with more attacking intent. This culminated in Joshua King’s strike forcing Hugo Lloris to produce the save of the match to tip the ball behind. Half-time substitute João Pedro also made his mark on the proceedings, resulting in a more direct attacking resolve.

The Brazilian embarked on a fantastic, mazy run from the halfway line before being fouled just outside the box. Despite the Hornets’ best efforts, the away side would eventually break the deadlock with minutes to spare through Davinson Sanchez’s header, securing an away victory for Antonio Conte’s side. 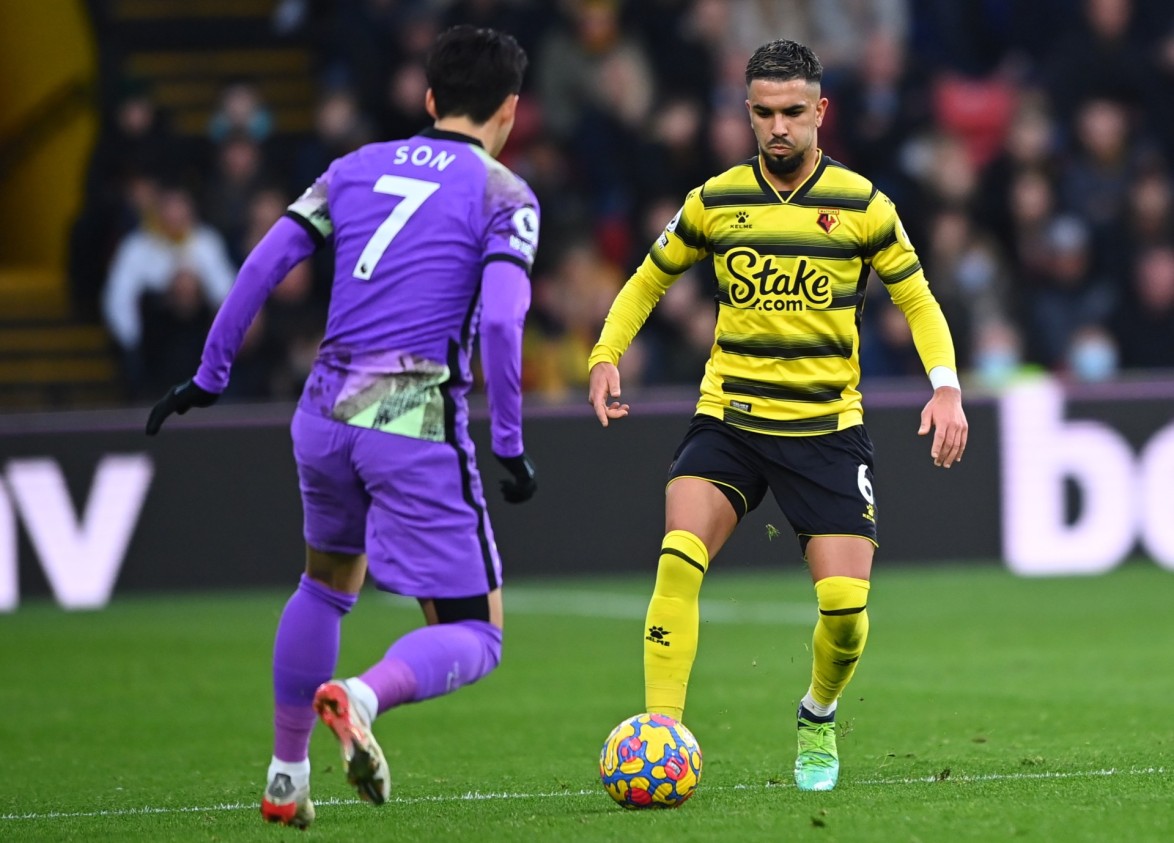 The Golden Boys fielded a 4-4-2 formation as the versatile Juraj Kucka occupied the right midfield position, with Craig Cathcart playing on the right side of defence.

Emmanuel Dennis was the first player in yellow to challenge the Tottenham defenders, striking a tame shot at Lloris after wriggling away from his markers.

The visitors dominated the early possession as they tried to work the Hornets out. It nearly culminated in an opportunity for Pierre-Emile Højbjerg, who volleyed just over the bar from the edge of the box.

Spurs attempted to turn the pressure up a notch further as Kane brought the ball down, rolled it to his right-hand side, but he released a comfortable effort for Daniel Bachmann in net for Watford. 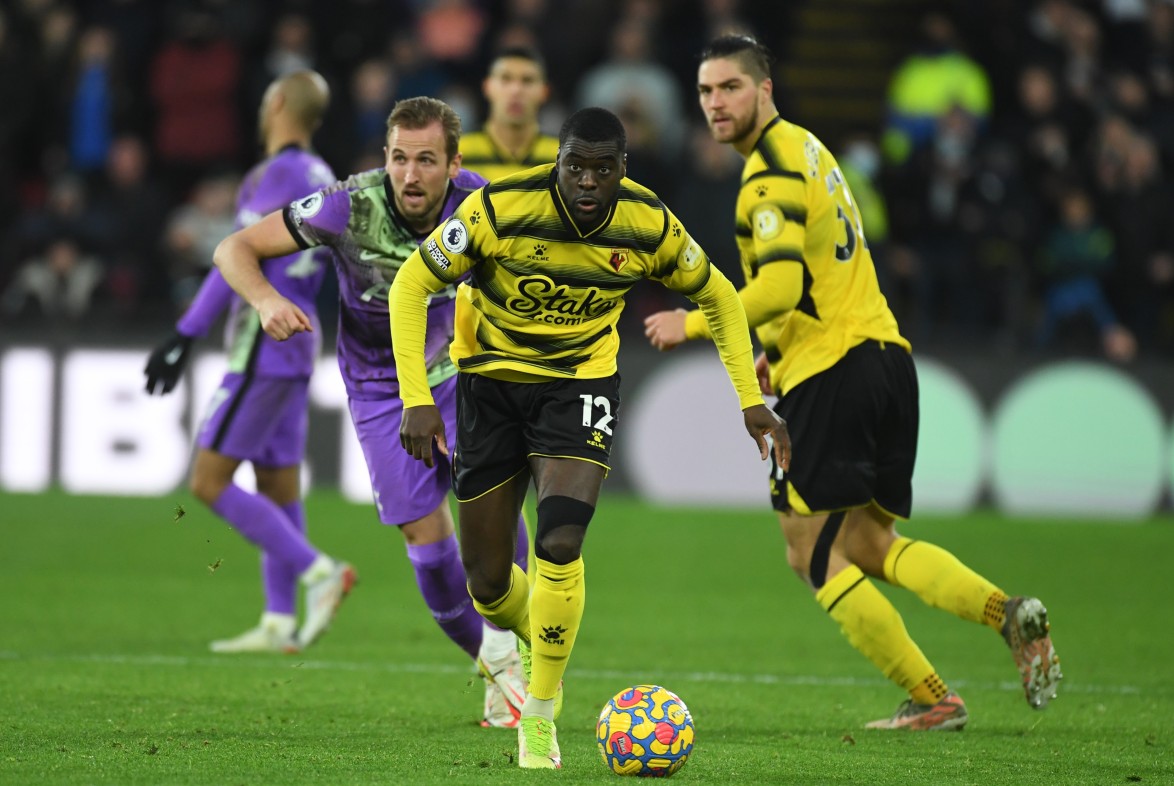 Sergio Reguilón was next to try his luck, hitting a vicious effort which forced the Austrian shot-stopper to make a flying save, palming the ball away before Adam Masina eventually cleared.

During a spell of Watford possession, Louza had his pass intercepted by Oliver Skipp but Kane failed to capitalise on the error, firing wide of the post, with the game remaining goalless at the break.

Before the restart, Ranieri rolled the dice and brought on João Pedro in place of Dennis, with the Italian looking for more attacking intent.

Spurs resumed their dominance of the ball with Bachmann forced to tip Kane’s looping effort over the bar.

Despite the visitors’ ascendancy, the Hornets came closest to breaking the deadlock in the early stages of the second half. Sema stole the ball off Emerson Royal, playing in King who hit a venomous strike that forced Lloris to produce the best stop of the match, tipping the ball around the post. 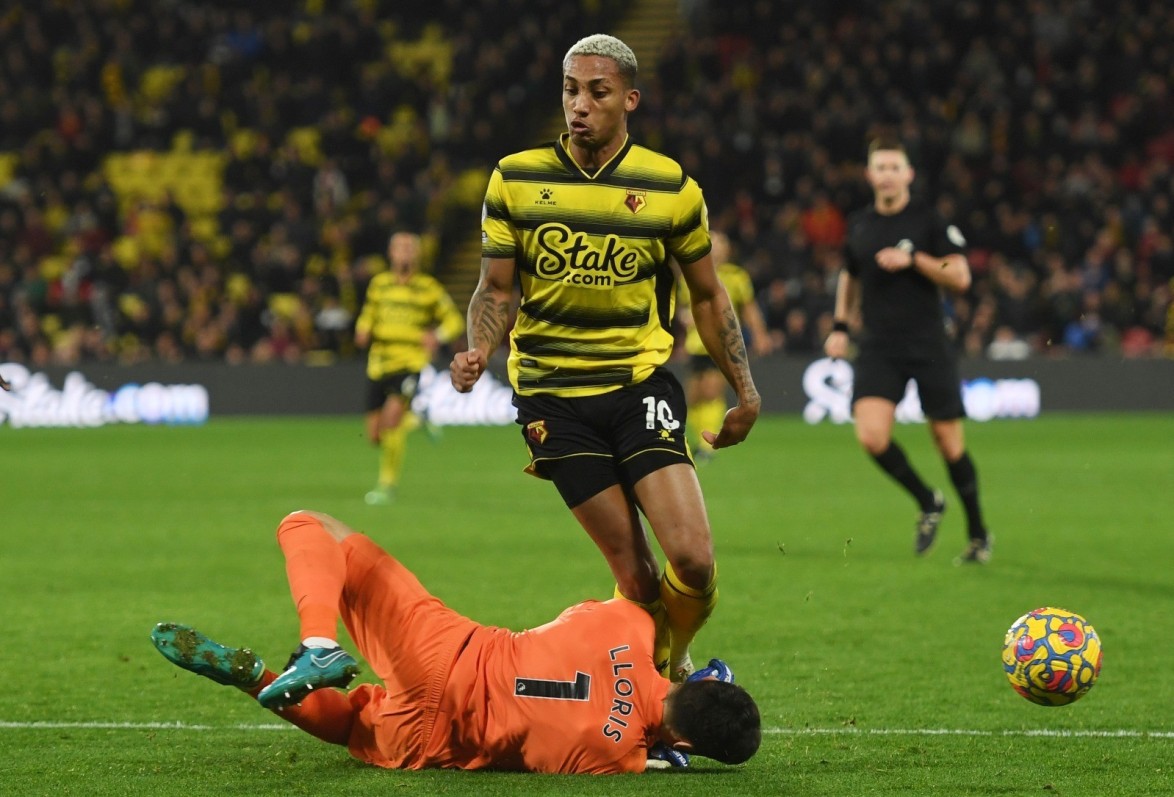 Following a goalmouth scramble in the Hornets box, substitute João Pedro produced a mazy, dribbling run upfield. The Brazilian used his clever footwork to create an opening, but Skipp pulled the forward back, with the referee, Rob Jones, choosing to give a free-kick instead of allowing the attacker to shoot. João Pedro tried his luck from the resulting set-piece but blasted the ball over the crossbar.

The away side began to ramp up the pressure once again with Emerson playing a chipped through-ball to Son, who tried to place his effort past Bachmann, but the goalkeeper produced a strong one-handed save to divert it away from goal.

Watford remained a threat on the counter-attack as strike partners King and João Pedro linked up neatly to play the Brazilian one-on-one with Lloris. The French goalkeeper rushed out and was adjudged to have won the ball, sending João Pedro tumbling.

With five minutes of play remaining, there was a medical emergency in The Graham Taylor Stand, but play was soon resumed after the incident was declared under control.

Following the resumption of the game, eight minutes of additional time were added on, and with three of those played a Son free-kick found Sanchez in the box, who nodded in the winner, ensuring the points would be heading to North London.