A competitive afternoon at Vicarage Road saw Southampton edge the game 1-0, with Ché Adams the sole goalscorer. Adams’ top-corner finish put the south-coast side ahead after 20 minutes, and that would prove to be the difference.

Watford went close through Cucho Hernández, Ismaïla Sarr and substitute Ashley Fletcher, but weren’t able to get their goal.

The visitors also had opportunities to add to their tally, but Ben Foster stepped up to produce several goal-preventing saves.

Claudio Ranieri’s hosts weren’t able to get a point from the game despite their efforts, and will now look to their next match away at Arsenal next Sunday.

The Saints enjoyed a handful of early chances, testing Foster in the Watford goal. Nathan Redmond’s cross in the first minute had to be stopped by the Hornets No.1, after Craig Cathcart’s block went goalward. Oriol Romeu’s effort was later blocked by captain Moussa Sissoko, and Adams hit the side netting with his shot.

The Golden Boys were looking to hit their visitors on the break, and found the target on a couple of occasions. Joshua King was unlucky not to get on the end of João Pedro’s cross, and Hernández’s free-kick tested goalkeeper Alex McCarthy.

Adams made up for his earlier miss on 20 minutes, netting the opener with an impressive curled strike.

Watford came inches away from an equaliser thanks to a direct move. Foster launched a driven pass to King, who managed to find Sarr in the box. The winger managed to get a shot off, but it deflected off the inside of the post and off Kyle Walker-Peters to safety. 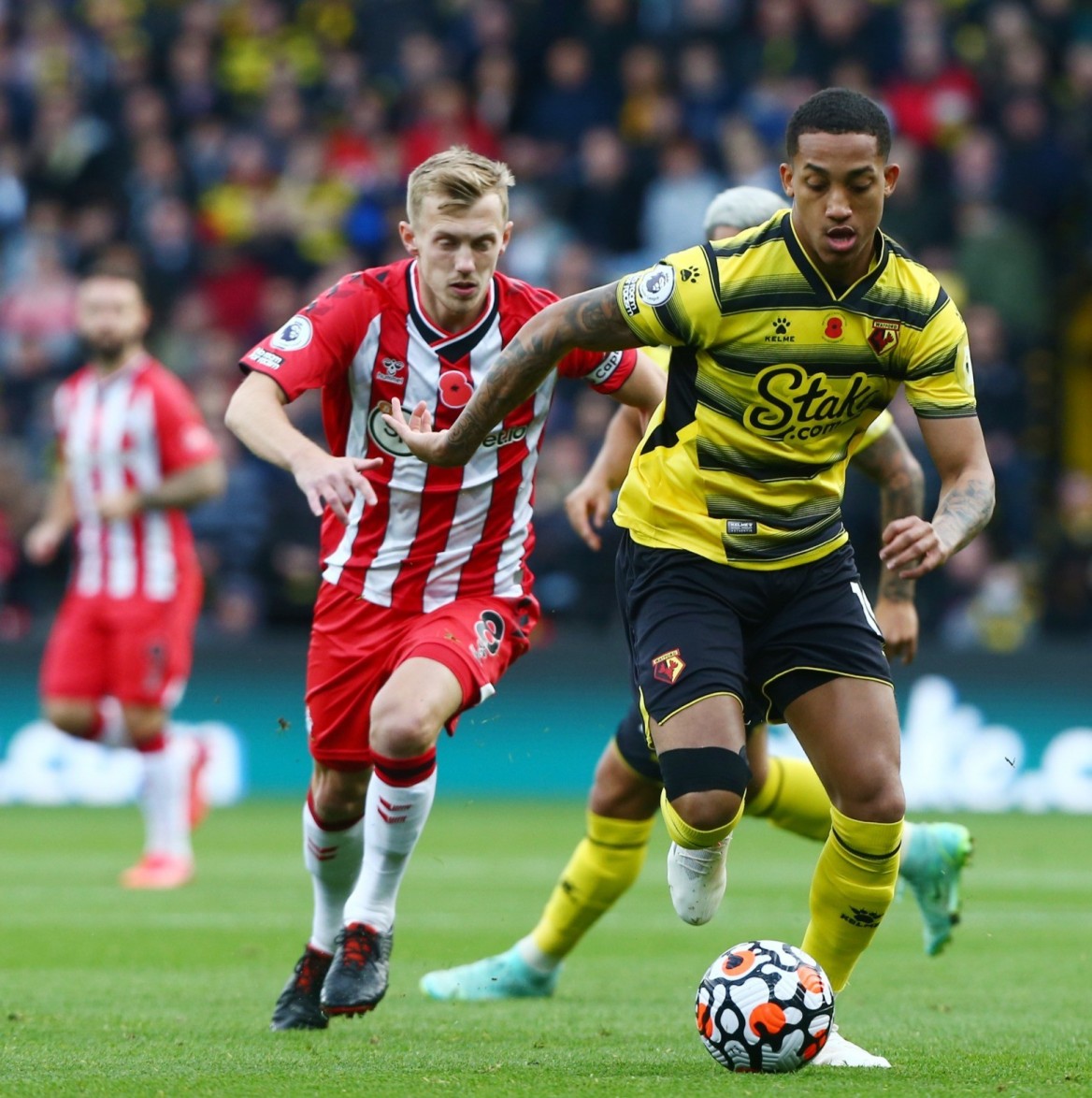 Southampton responded with a chance of their own. Adam Armstrong’s low cross found the head of Adams, but his downward header bounced just over the bar. Armstrong had a chance to double the lead himself minutes later, but his shot also ended up on the wrong side of the crossbar.

Watford Head Coach Ranieri didn’t hesitate to make a change, with a double substitution at the break. João Pedro and Hernández made way for Ken Sema and Tom Cleverley.

Juraj Kucka’s driving run and powerful effort may not have amounted to a goal but did signal attacking intent from the Hornets. The home supporters were in full support despite the team trailing, willing on Ranieri’s side to keep pressing and attacking. 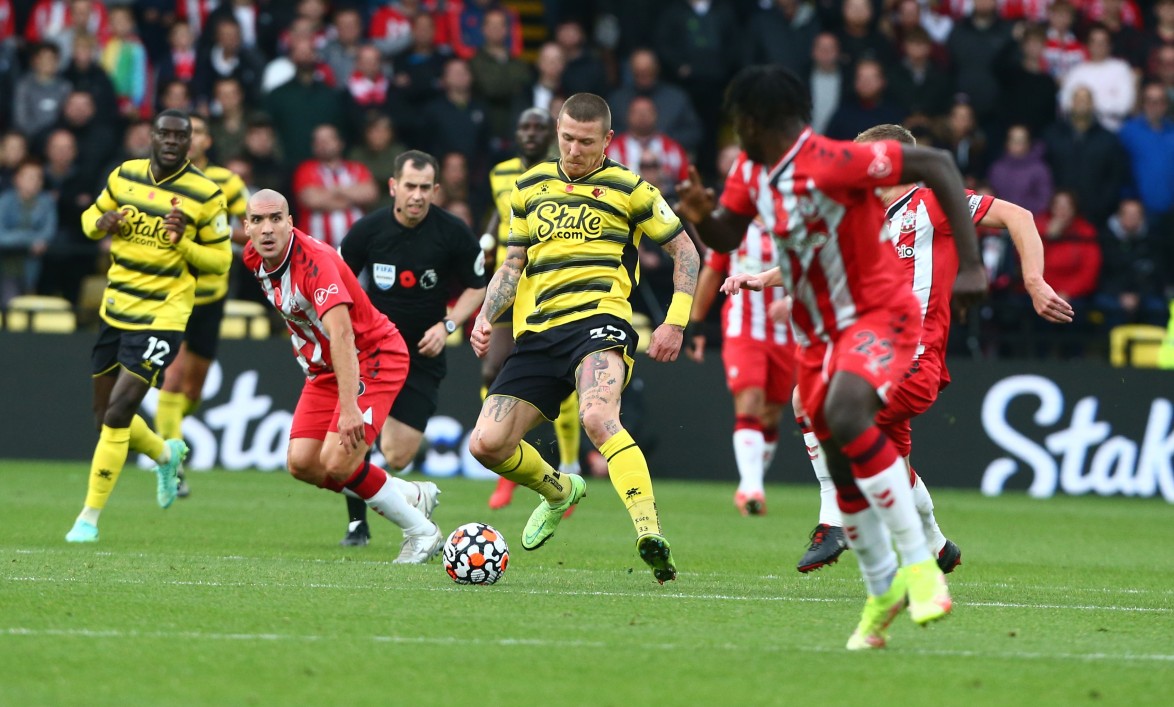 Adam Masina’s swooping cross wasn’t far from King’s head, but the Norwegian forward couldn’t quite get high enough to meet it. At the other end, Armstrong’s dangerous run almost resulted in a second, but a double deflection saw his effort go wide.

The lion’s share of chances were certainly going to Watford, but as time went on it looked increasingly difficult for the Hornets to get back into the game. Sarr continued to threaten on the right flank but McCarthy was quick on every occasion to collect.

Fletcher was brought on in place of Jeremy Ngakia as part of a final attacking push, with Kucka moved to right-back. Fletcher came close to scoring his third goal in three appearances, but McCarthy did very well to keep his close-range effort out.

A trip to the Emirates in front of the Sky Sports cameras next weekend provides an opportunity to get back on the right track for the Hornets, as they seek consecutive away wins.