A much-changed Watford side earned a well-deserved 0-0 draw against Everton under the lights at Vicarage Road.

Chances were few and far between for both teams throughout the Hornets’ penultimate match on home soil in the 2021/22 Premier League season, with Samuel Kalu and Moussa Sissoko among those most likely to break the deadlock in yellow.

A point against the Toffees marks the end of an 11-game losing streak at home for Watford – who have already been relegated to the Sky Bet Championship – with the performance providing plenty of encouragement ahead of the final two games of the season at home to Leicester and away at Chelsea. 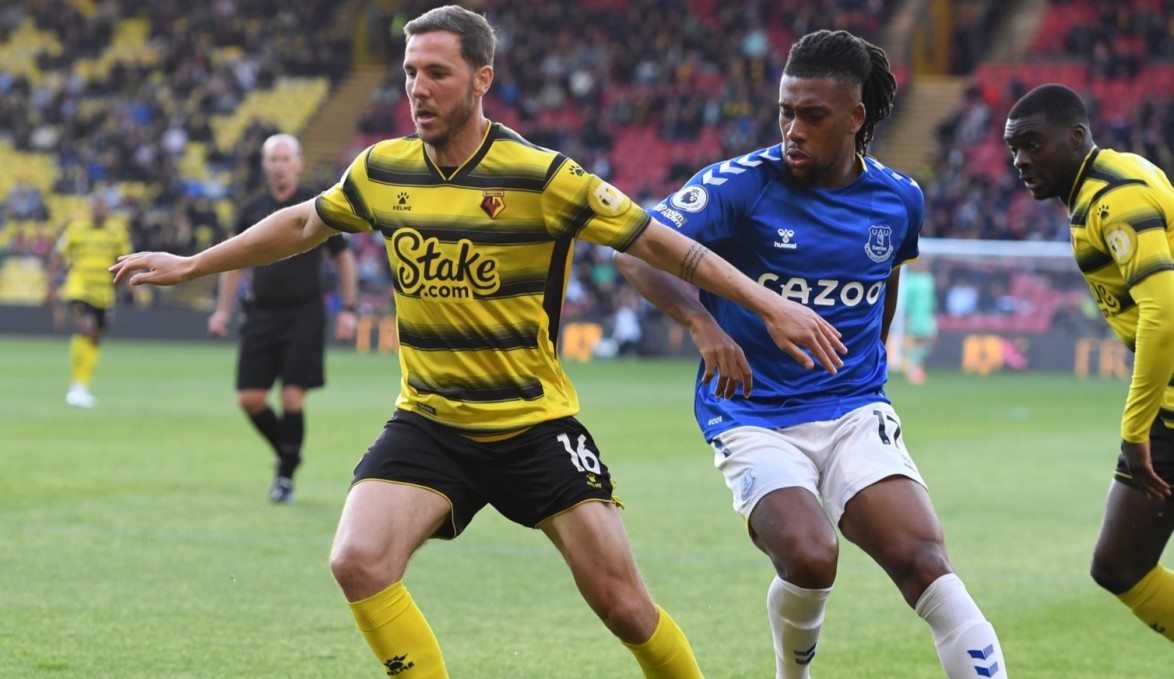 Due to a myriad of injuries, manager Roy Hodgson was forced to make seven changes to the XI that had lined up at Crystal Palace last time out, while three academy scholars were named on the bench for their first taste of Premier League action.

One of those to come into the side, for his first start in Watford colours since arriving in January, Kalu looked lively from the off, with the Nigerian linking up well with João Pedro down the right before delivering a cross that was just too long for Dan Gosling.

Michael Keane was fortunate that his miskick around the edge of the Everton danger area bobbled safely to goalkeeper Jordan Pickford a minute later, and then Kalu again posed a threat but just couldn’t quite connect with Ken Sema’s smart through-ball at close range. 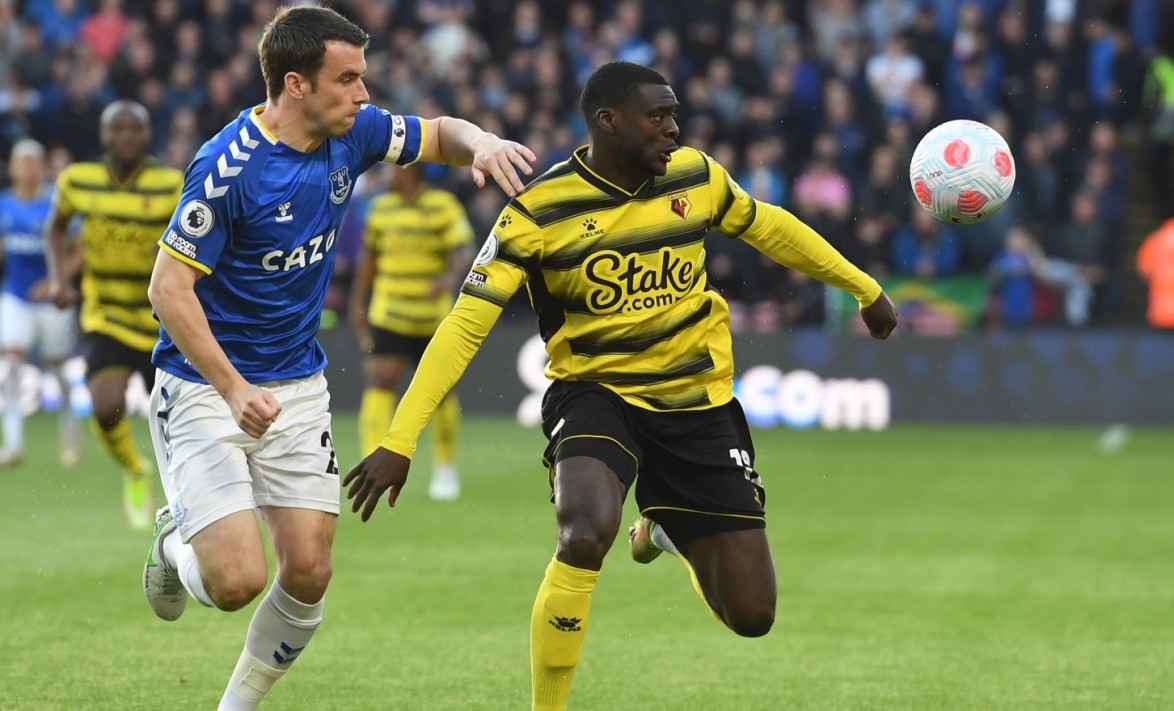 The Toffees gradually grew into the game and Christian Kabasele had to be alert to divert an Anthony Gordon effort out for a corner, from which former Hornet Richarlison blasted a deflected effort towards goal.

Moments later it was Watford on the attack once again, Kalu this time firing high off target in the aftermath of a free-kick on the right that had earned visiting defender Mason Holgate a yellow card for a foul on Sema.

As the clock ticked towards the half-hour mark Gordon tried his luck with a volleyed attempt that didn’t trouble Ben Foster between the Golden Boys’ sticks, and soon after the former England stopper calmly collected Abdoulaye Doucouré’s header following a free-kick on the corner of the box. 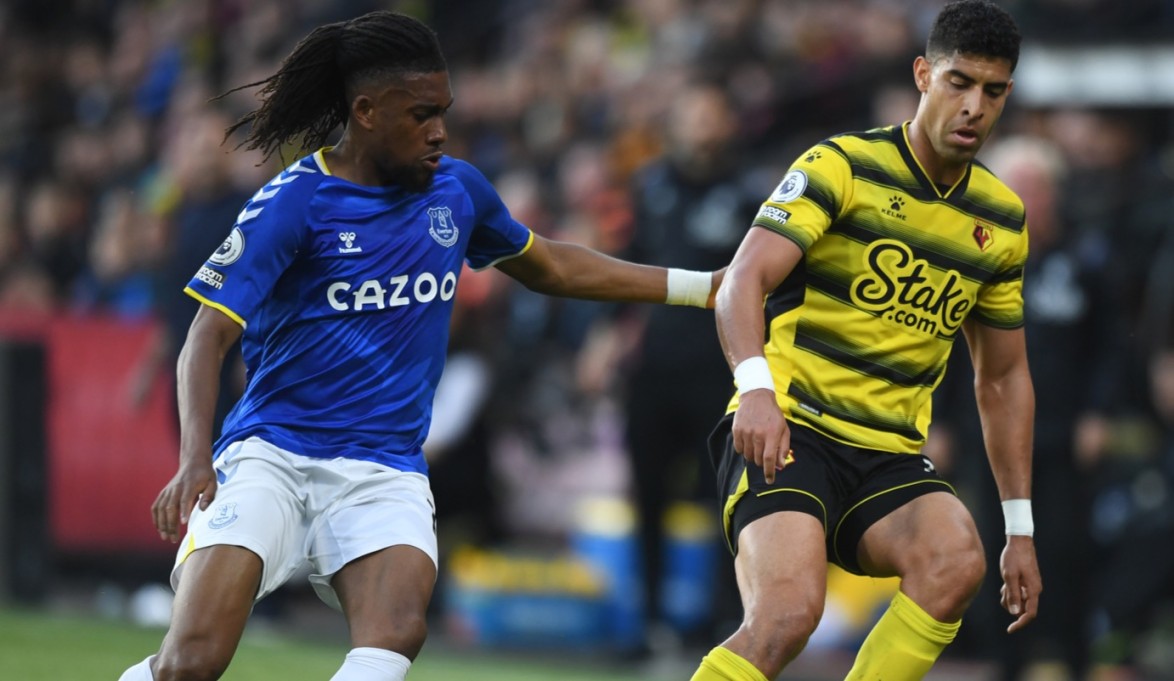 Kalu maintained his high energy and shot narrowly over the bar with a set-piece of his own moments before the half-time whistle, and with no time added on at the end of the first period the teams went into the break level.

The Hornets burst out of the blocks after the interval and Pickford did well to rush out of his box to deny João Pedro one-on-one, shortly before skipper Sissoko rose highest to meet a free-kick but couldn’t quite connect with his header as desired.

Richarlison served a reminder of Everton’s threat in the 53rd minute with a deflected shot that required a Foster save, and Demarai Gray enjoyed the best chance of the match just after the hour when he latched on to a loose ball and played a neat one-two with Alex Iwobi, but could only skew his tame effort wide of Foster’s goal. 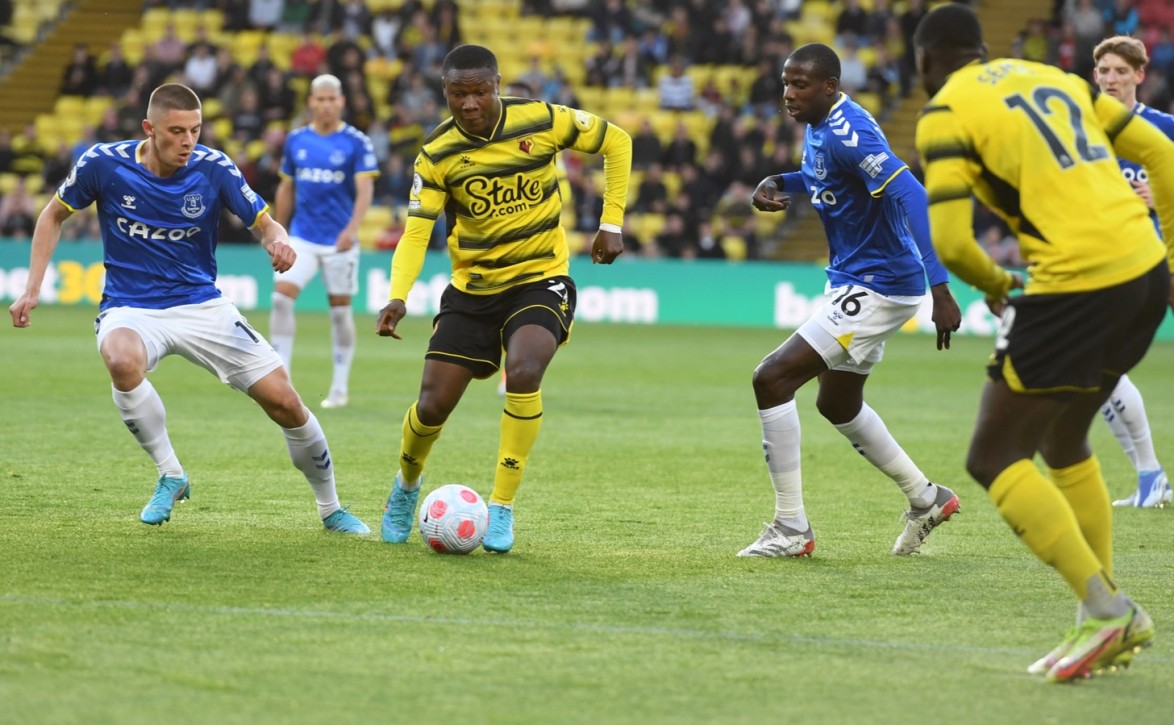 It was the visitors’ turn to enjoy a spell of pressure and Keane directed a header on target a minute later, before Gray again fancied his chances but mis-cued his audacious effort from range.

But the Golden Boys weathered that storm and earned control of possession shortly past the 70-minute mark, reducing their opponents to a solitary, ambitious Gordon effort in the following 10 minutes.

With Everton in search of three points to aid their relegation fears Hodgson sent Craig Cathcart and Peter Etebo into the fray late on, with the duo helping Watford stand firm and take a share of the spoils at full-time.