Watford suffered a narrow defeat against Spurs with Heung-Min Son’s free-kick separating the sides at the Tottenham Hotspur Stadium.

The Hornets started brightly, almost opening the scoring as Juraj Kucka’s strike was blocked by an airborne Eric Dier who had to divert the ball away from an outstretched Hugo Lloris.

Spurs eventually found the breakthrough just before half-time, as Son’s free-kick found its way into the back of the net from the edge of the area.

After the break, Watford’s Daniel Bachmann produced a string of saves to keep the difference at one goal, but ultimately the scoreline remained the same with Tottenham holding strong until the final whistle.

Head Coach Xisco Muñoz made four changes from last time out in the Premier League against Brighton, as debutant Moussa Sissoko came into face his former side only a few days after joining the Hornets.

The Frenchman’s name rang out from all sides of the stadium as he was called out in the team news.

It was also a first league start for Joshua King and a first Premier League appearance for Francisco Sierralta, who both retained their places from mid-week's cup match against Crystal Palace.

It was a lively start to proceedings as Watford broke away on a counter-attack bidding to make the first move. Dier was forced to block Kucka’s strike with a flying header, with the midfielder picked out by a roaming Sissoko.

Tottenham’s first chance of the game fell to Steven Bergwijn after Japhet Tanganga chipped the ball to the back post, but the Dutch international’s shot was blocked by Watford captain Craig Cathcart.

Bachmann made his first stop of the afternoon denying Tanganga from close range after a corner fell kindly to the defender. 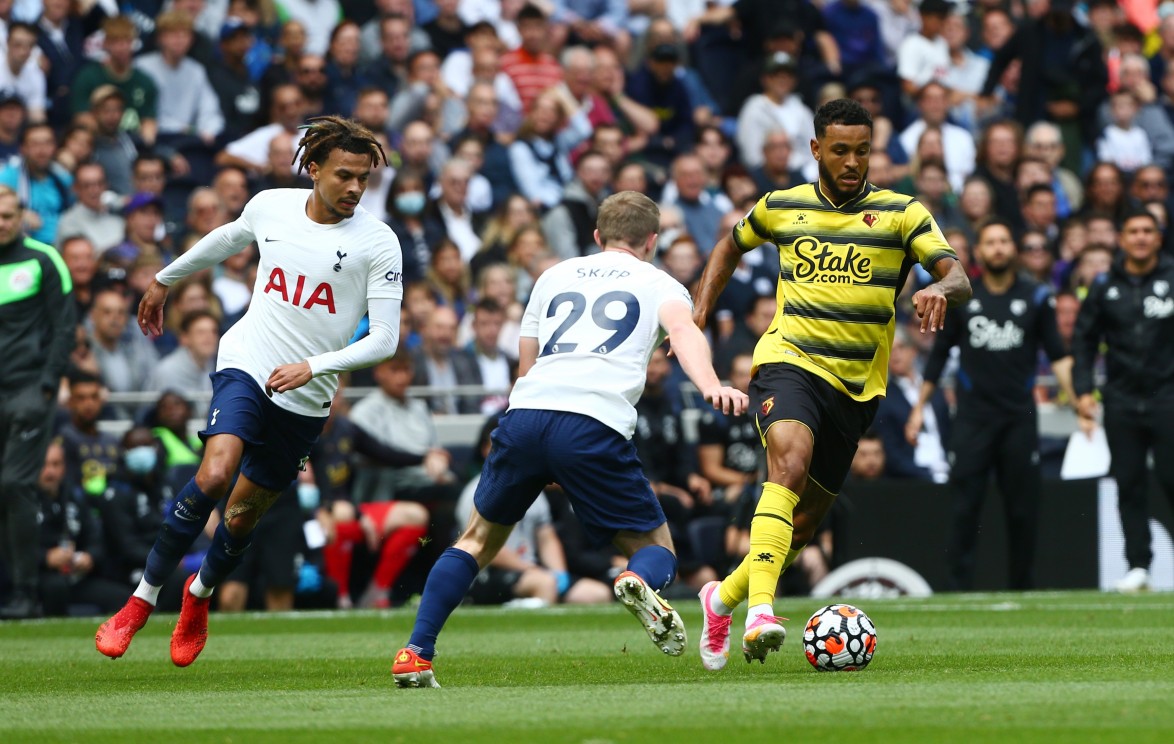 The Hornets returned with another counter-attack, capitalising on careless defending, but little resulted from the chance as Sarr’s strike was hit straight at Hugo Lloris in net for Spurs.

The travelling Watford supporters were in good voice throughout the game, whilst former Spurs man Danny Rose received a good reception warming up on the touchline.

A nice back-heeled flick from Dennis found the arriving Kucka in a dangerous position but the Slovak was brought down by a trailing Spurs leg and a free-kick was awarded. Dennis stood over the set piece, but the chance came to nothing.

A few straight-forward Spurs shots fell Bachmann’s way over the next quarter of an hour, with Son, Dele Alli and Harry Kane all trying their luck to beat the Austrian in net.

Watford remained defensively astute until Son broke the deadlock from a free-kick that went all the way in past Bachmann, catching the keeper off guard. 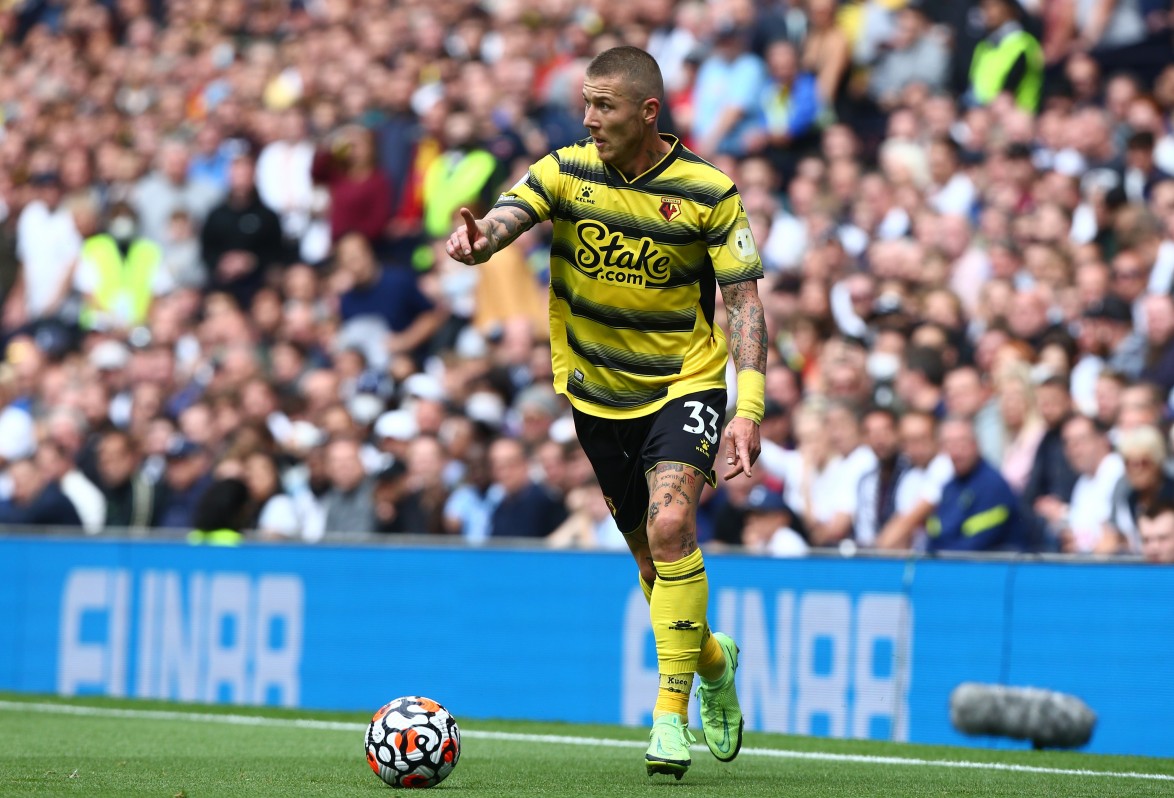 Following the start of the second half, Cathcart picked up a knock and was forced to make way for Jeremy Ngakia, making his first appearance in the Premier League this season.

The Hornets came close to levelling the game after Sarr beat Sergio Reguilón and delivered the ball towards the penalty spot where Kucka was waiting, but the midfielder could only volley the ball over.

Muñoz’s side kept the pressure on as Sissoko ran past multiple defenders, delivering into the box where Sarr was only able to get a timid shot away which was straight at Lloris.

Spurs nearly found a second on the counter with Son dribbling towards the penalty area. The ball was eventually played to Dele who fired wide from close range. 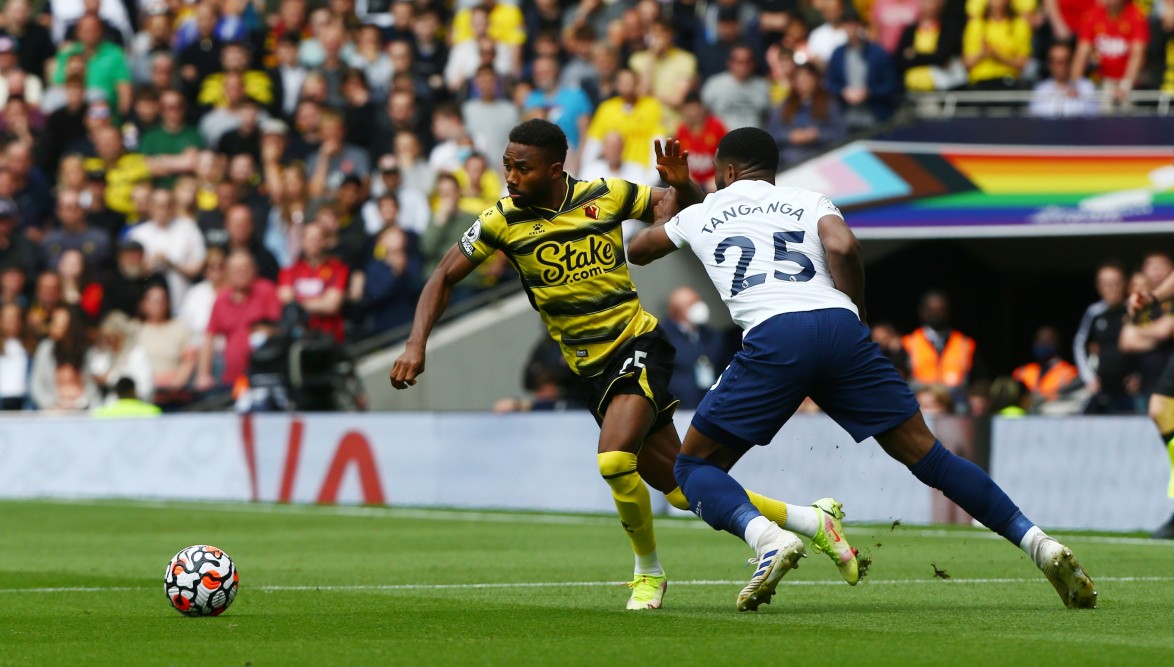 Debutant Sissoko received a great reception from the crowd as he was replaced by Tom Cleverley with twenty minutes left on the clock.

With the game reaching its climax, Bachmann was forced into action getting down to his right-hand side to palm away a Lucas Moura effort. Moments later, he made a similar stop to keep out Pierre-Emile Højbjerg after his free-kick was deflected towards the bottom corner.

William Troost-Ekong then produced a fantastic interception to put the ball behind for a corner, preventing Moura’s driven cross from reaching Kane at the back post for what would’ve wrapped the match up with a certain tap in.

The resulting set-piece forced a good save out of Bachmann who flung himself at Kane’s half-volley to keep the scoreline at a single goal, with the final whistle ringing out soon after.