The Watford squad continued their pre-season preparations with a 1-1 draw against fellow Hertfordshire side Stevenage.

It was a disastrous start for the visitors as Jamie Reid gave the hosts an early lead. The Stevenage striker intercepted a misplaced Craig Cathcart pass in the final third and slotted into an empty net after two minutes.

Boro continued their bright start with a handful of dangerous chances but were denied each time by Ben Foster, Elliott List going closest with a headed effort.

From there though, the Hornets grew into the game. Ashley Fletcher tested the Stevenage goalkeeper Joseph Anang with a drilled shot, and Cathcart went close with a header soon after. 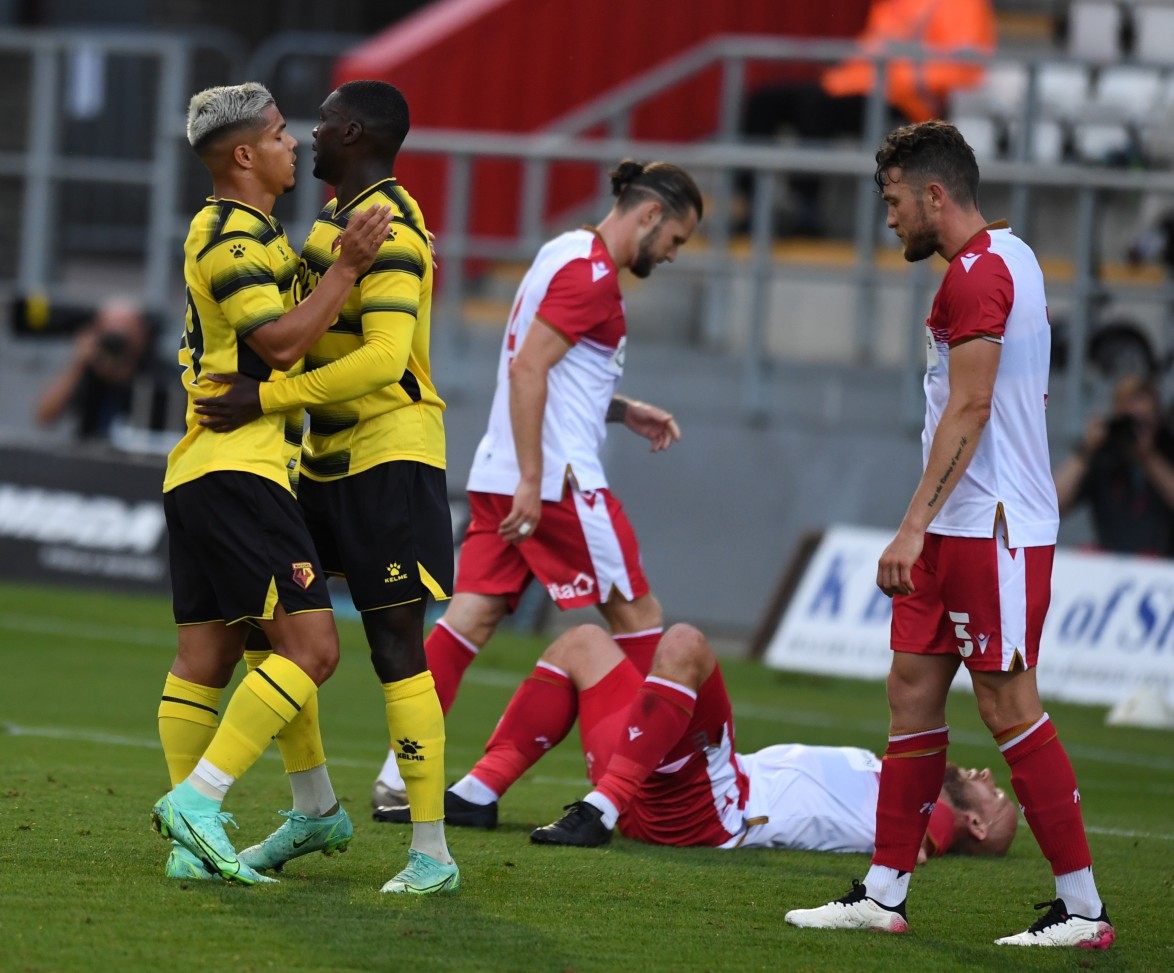 Watford’s goal came on 37 minutes, with Fletcher again involved in the action. His accurate cross found Ken Sema, who headed powerfully past Anang to level the score.

The Golden Boys started the second half positively, and with five substitutions. Sonny Blu Lo-Everton, one of the new faces, linked up cleverly with Cucho Hernández before Troy Deeney tried to curl an effort into the top corner. His effort was thwarted by the Stevenage keeper and Henry Wise fired over from the resulting corner. 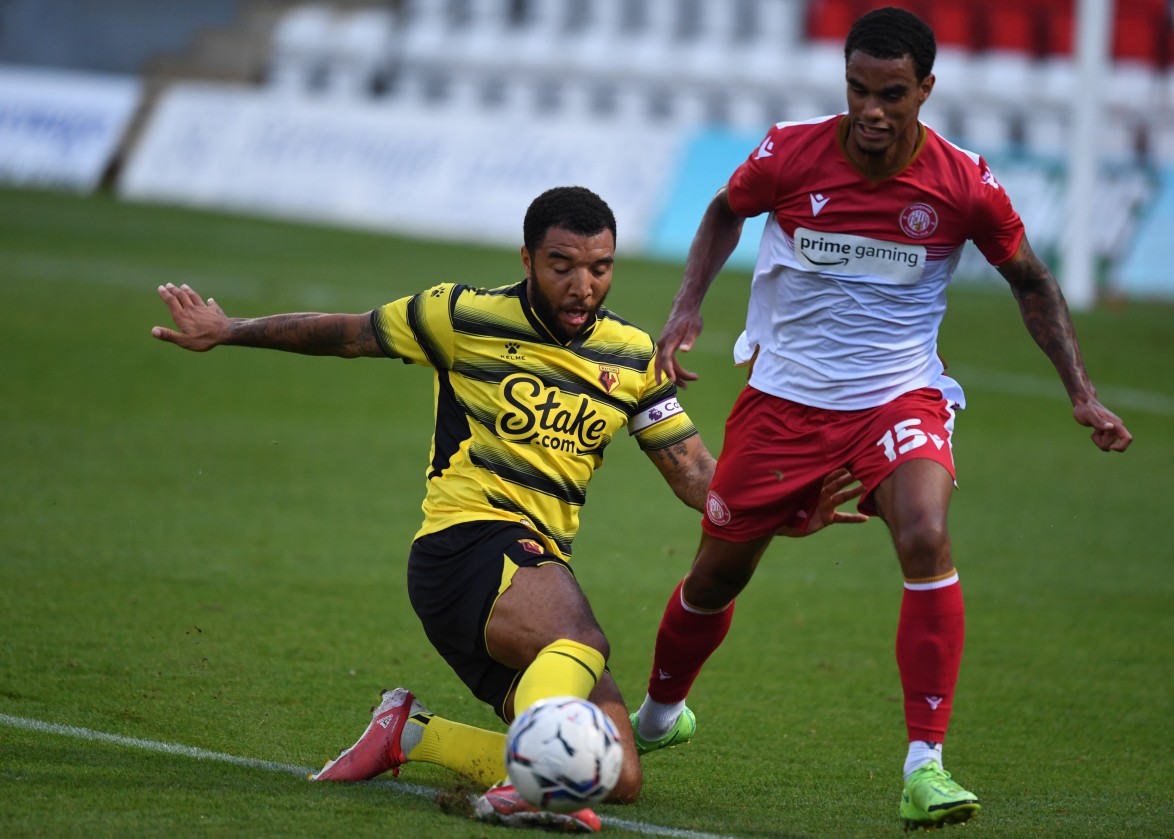 With several young players on the pitch the Hornets continued to control the second half. The midfield duo of Lo-Everton and Henry Wise dictated the tempo, and the travelling Watford fans also got to see new striker Joshua King, who linked up well with Deeney.

Sixteen-year-old George Abbott played another half of men’s football alongside William Troost-Ekong, who played the full 90 minutes.

Unfortunately, winger Dapo Mebude picked up an injury late on in the match which forced the game into an early end.

Following the cancellation of this weekend’s friendly with Barnsley, the squad will continue to train on Saturday. The next test will be on August 7 when they travel to Selhurst Park to take on fellow Premier League side Crystal Palace.