It may be a few weeks before we see this new-look Hornets side at its fluent best, but they have picked up the very useful habit of racking up points while being in transition.

Points come in all shapes and sizes but they all count the same. The one they got here at Hillsborough, following a goalless draw, is unlikely to feature too heavily on the highlights reel at the end of what is likely to be a frantic season, but it will do very nicely thanks very much as this looks like being one of the more awkward Championship assignments this season. 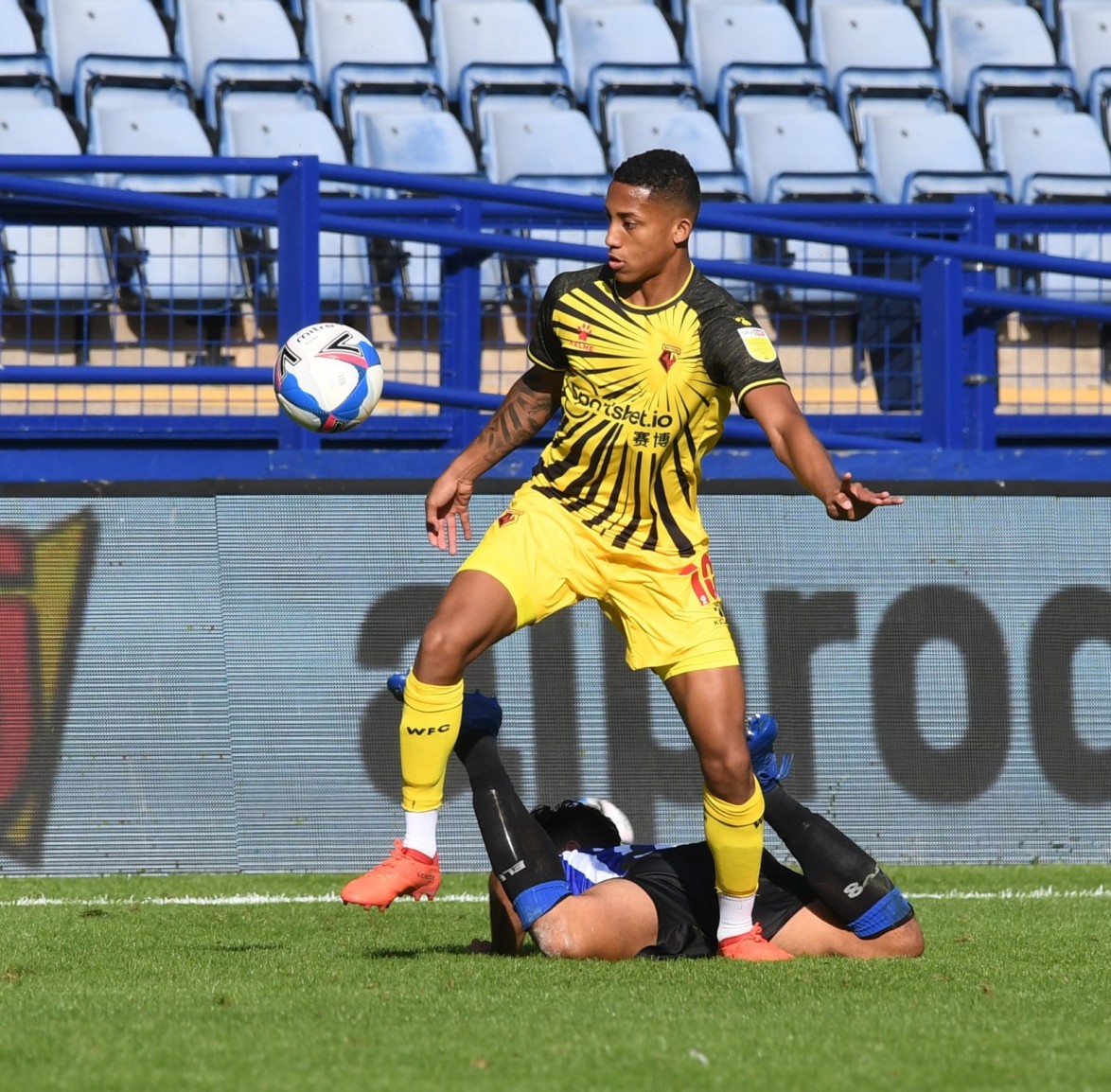 The game here in South Yorkshire was pretty much a repeat of the arm-wrestle against Middlesbrough, minus the set-piece winner from Craig Cathcart, although the Hornets did look more fluent going forward in the second period. It was nowhere near as cohesive a performance as the one the team produced here last time in October 2014 in a comprehensive 3-0 win, but these are very different times and Rome wasn't built in a day. The upshot is, after two games, the Golden Boys have one more point on the board than they did at the same stage of the promotion-winning campaign in 2014/15 and there is plenty more to come from this group.

Crucially, they look like they have a solid base to build from – this was a second successive league clean sheet – and any team who has aspirations of mounting a challenge must be a tough nut to crack first and foremost. The team already looks to be moulded in the spirit of their demanding Head Coach Vladimir Ivić.

It would be fair to say the Hornets made something of a tentative start. With the Wednesday bench bellowing their team to press the Hornets as high as possible, the visitors' were not allowed to play out from the back and all three centre-halves made uncharacteristic sloppy passes in the space of 90 seconds. It was a clear sign that the Hornets were not going to get the time on the ball they desired in an attempt to build from the back. 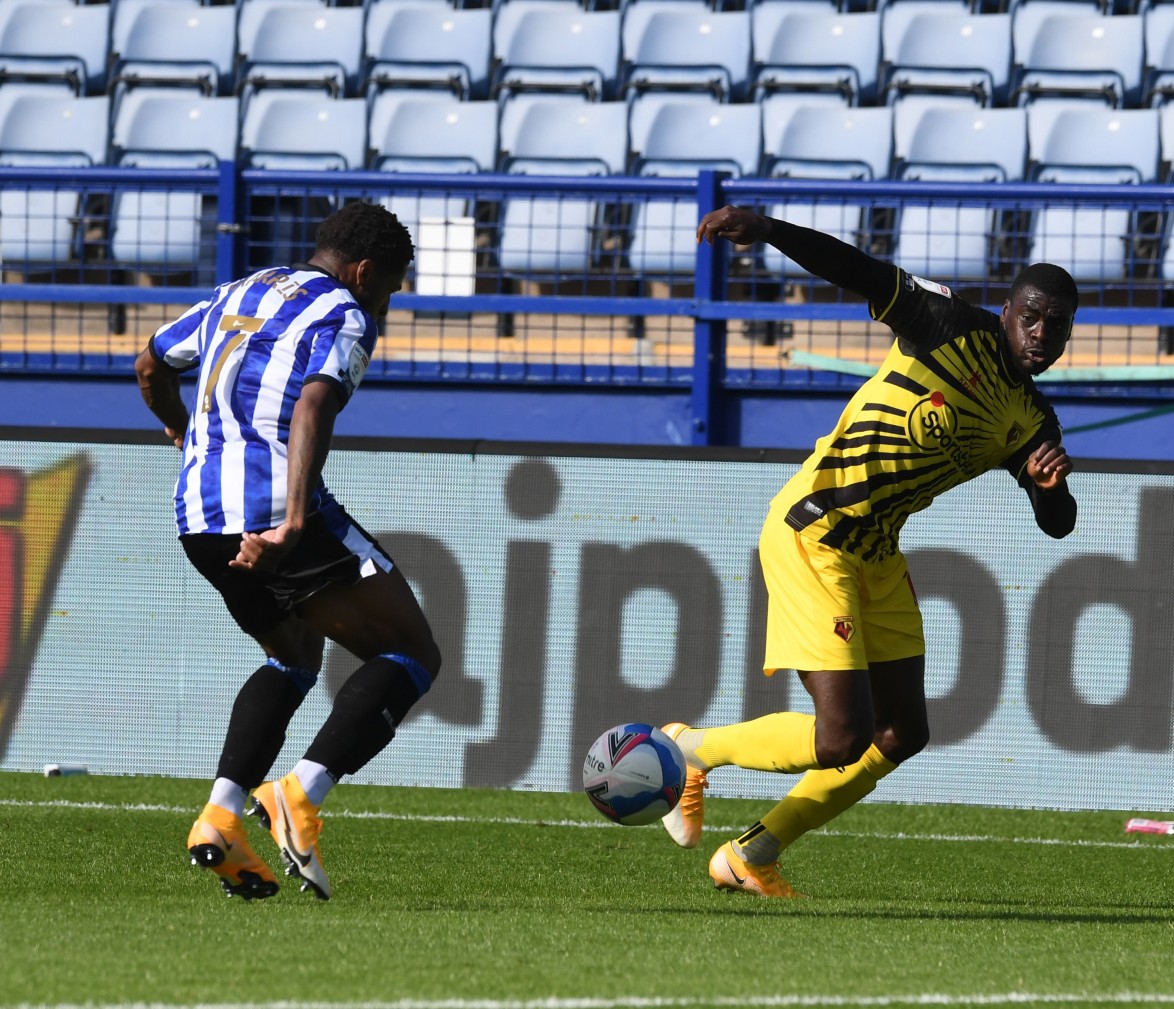 There were a couple of nice touches from the wing backs – Jeremy Ngakia flipped one over the head of his winger while Ken Sema popped one through the legs of Izzy Brown – but it was largely all Wednesday, who enjoyed two thirds of the ball at one point.

With that much of the ball the Owls were always going to manufacture the odd chance, but nothing really to seriously trouble Ben Foster. Kadeem Harris curled one over the angle of post and bar from the right; Dominic Iorfa should have converted a header from a Brown free-kick and then there were shouts for a penalty when Christian Kabasele put Josh Windass under the most intense pressure after the forward charged into the box. The best chance of the lot, though, came just before the half-time whistle when Tom Lees, up from the back, hit the outside of the post with a header from another Brown free-kick.

The Hornets' one and only attempt on goal in the first 45 minutes came when Glenn Murray, anticipating that a pass from Craig Cathcart bound for João Pedro was going to drop his way, dropped off, took one touch and let fly with a rising drive that Cameron Dawson was forced to beat away.

All in all the away team would have been grateful to get into the dressing room at the break all square with a chance to regroup and recalibrate. Ivić was still talking to the midfield three of Nathaniel Chalobah, Tom Cleverley and Domingos Quina as the players emerged for the second half, suggesting the former Serbia & Montenegro international schemer had seen one or two things to tweak in the middle of the park. 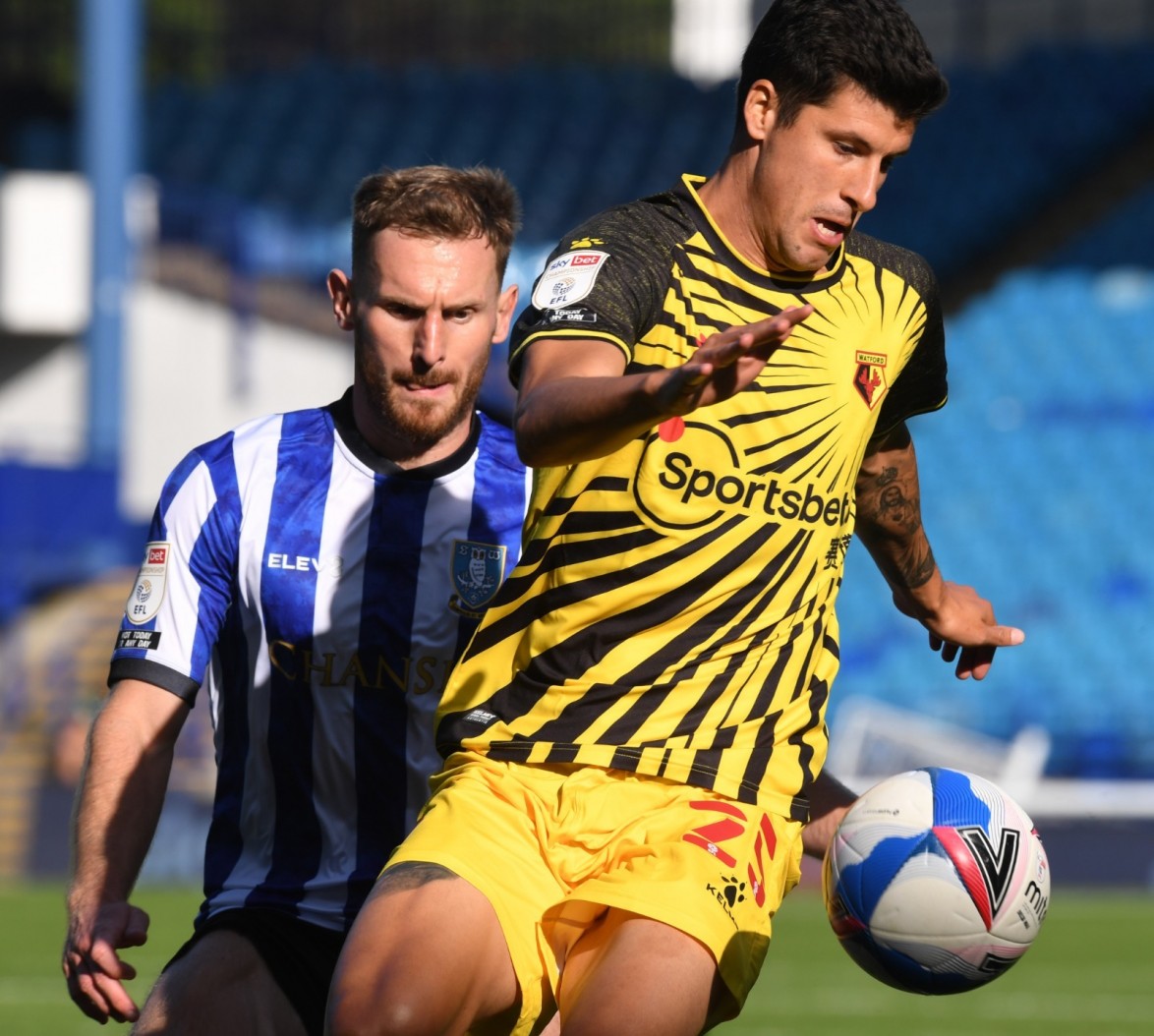 The Head Coach opted for a personnel change on 58 minutes, replacing Murray with Stipe Perica, and the Croation almost made an immediate impact. He started a move down the left with an arcing run that Ben Wilmot picked out with a lovely clip into the channel, and came so close to finishing in with a header into the bottom corner after some nice interplay between Chalobah and Cleverley. But Dawson denied the angular striker with a save low to his left. Perica thought it was in and was already starting to wheel away in celebration at his first goal for his new club.

Perica added a different dimension to the attack. He was involved in a move that led to an attempted overhead kick from Cleverley and then teed up Quina for a shooting chance only for the Portuguese schemer to be fouled on the edge of the box. Sema blasted over the free-kick but this was more like it. The fact Wednesday picked up two yellow cards in quick succession in a bid to stop promising attacking raids by the Hornets showed how the tide had turned.

James Garner, on loan for the season from Manchester United, came on for his debut midway through the second half and he looked neat and tidy and showed the confidence to assume the role of set-piece taker. Him and particularly Perica made a real difference when they came on.

Ivić made use of his bench by bringing on Ignacio Pussetto for the last ten minutes and that showed how he's prepared to use the depth of his squad and how it's going to be all hands to the pump as there will be plenty more games like this this season. Next one in the league? The small matter of the first derby in 14 years. They come thick and fast, don't they.