The Hornets, who have been steadily getting better as the season has gradually unfolded, suffered a setback here after being on the receiving end this time of a single goal in a game.

There was never going to be much between these sides – there never is, given they had won 39 games each in the previous 100 fixtures – and it was always going to be decided by the smallest of margins when you factored in the Hornets' resilience at the back and their haul of two goals in three games. And so it proved, with George Pușcaș scoring the most Championship of goals four minutes before the break.

That was all it took to win this one between two previously unbeaten sides. The way Reading celebrated at the final whistle showed you how much the scalp of a former Premier League side meant to them, as well as the team spirit they have fostered in a four-from-four start, so this was a further lesson in what the Hornets are going to encounter, week in, week out, in their proposed promotion bid. 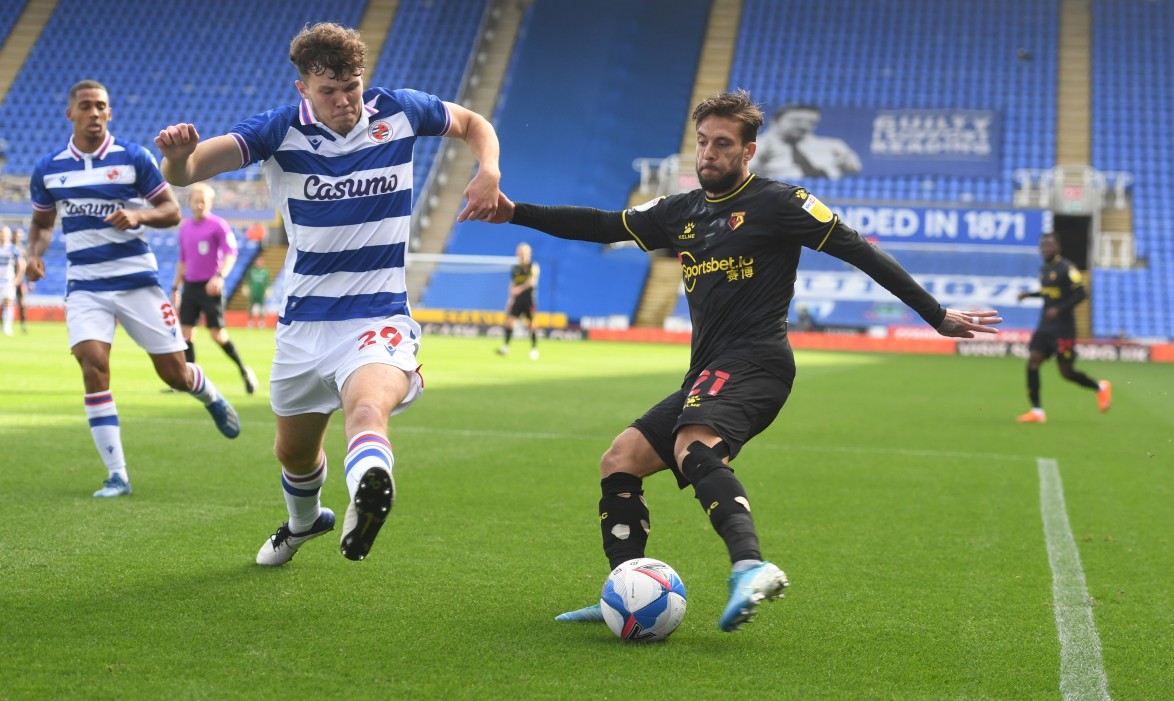 Vladmir Ivić did not suffer a single defeat in 52 games of the regular season in Israel. He has now tasted one in the fourth of this marathon 46-game season and it will be fascinating to see how he and the team respond after the international break. You often learn most about yourself and your team in adversity anyway. It was never going to be plain sailing.

The Hornets made the brightest of starts and the three points looked there for the taking. Jeremy Ngakia and Kiko Femenía were clearly told to play as high and as wide as possible and that was reflected in the two-pronged nature of the threat the visitors posed. Indeed, they slung over, and flashed across, four crosses in the first five minutes to demonstrate they had come here to take the game to the hosts.

There was a first time cross from Ngakia that found the head of Tom Dele-Bashiru; two from Femenía, the second resulting in a screwed shot from Ngakia who was playing so high he was able to get on the end of it, and another from Dele-Bashiru who started very brightly indeed. 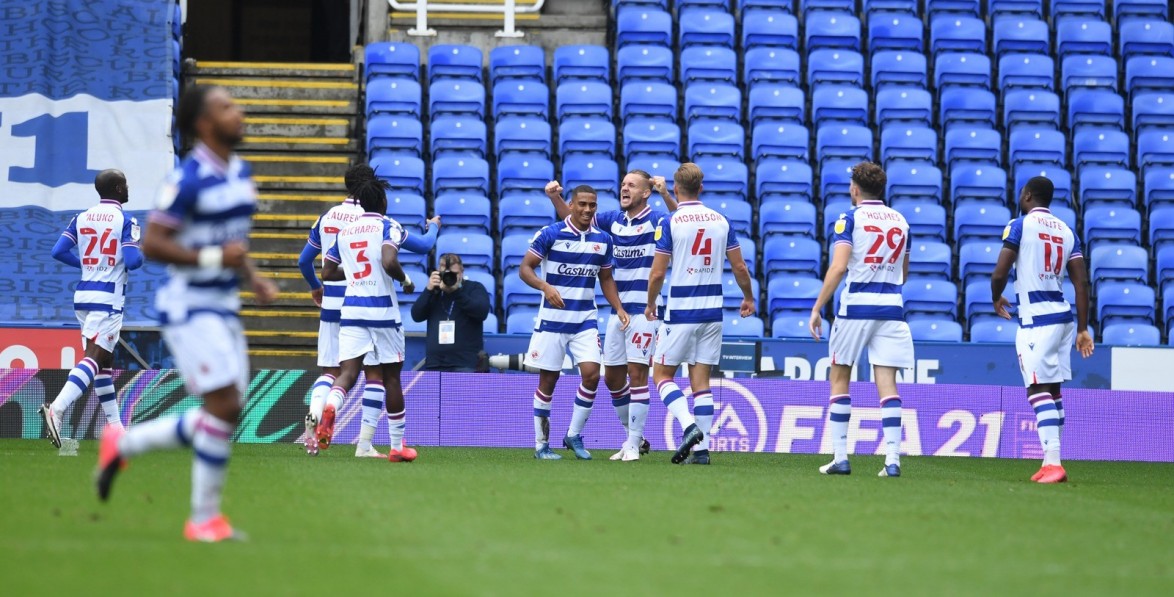 In his first league start for the club, Dele-Bashiru settled in really nicely on the left of a midfield three and as well being the player given freedom to support the front two, he also did his defensive duties, with a recovery tackle on Andrew Rinomhota the highlight of his early work. It was therefore a shame when he limped off on 37 minutes after going down for a second time with a problem with his left knee.

James Garner also caught the eye, particularly with his set-piece work. He crashed a 22nd-minute free-kick against the underside of the bar and then slung over a deep and dipping free-kick from the right that Craig Cathcart was a whisker away from getting his head on.

Reading had barely thrown a punch, apart from when Michael Olise flashed over with his left foot, so it was somewhat surprising and indeed against the run of play when Pușcaș put them in front four minutes before the break with a deflected strike. They had fired a warning shot just seconds before when Ben Foster made a double save, but the visitors didn't heed that warning and were guilty of being too deep when Pușcaș bundled the Royals in front from close range. It was the first league goal the team had conceded since Pierre-Emerick Aubameyang scored his second on that fateful day the Emirates at the end of July, some 368 minutes of football ago. 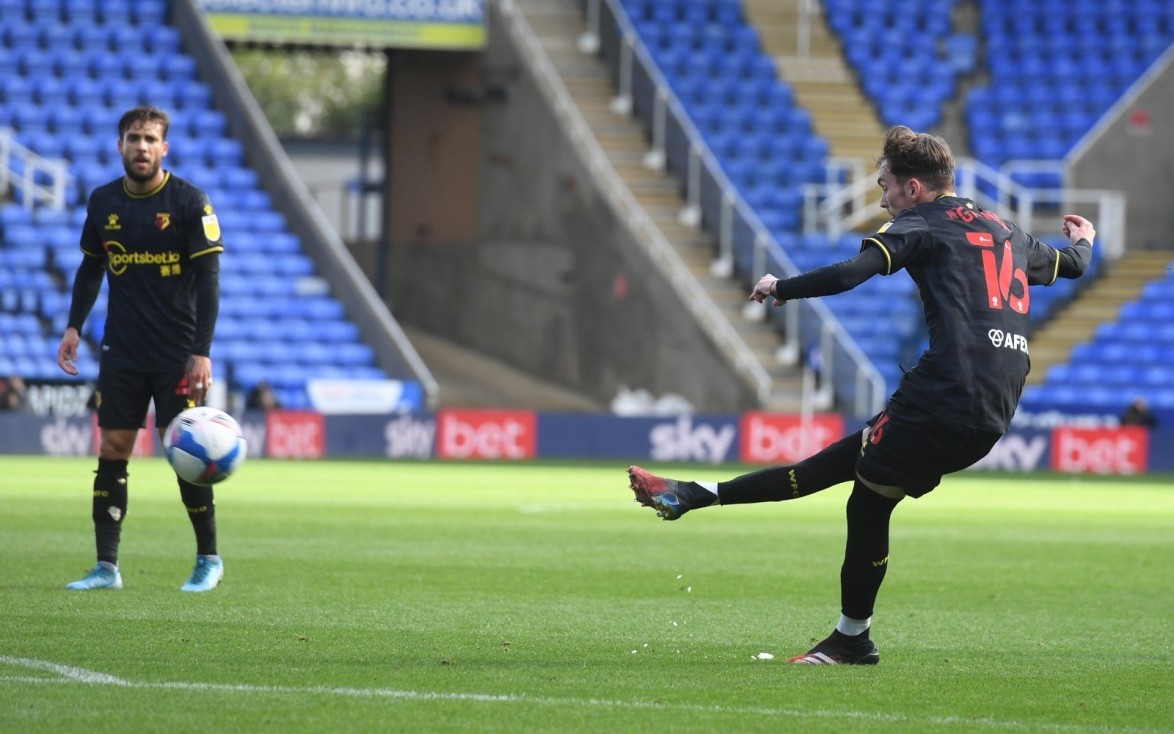 Ivić was not prepared to see how the second half unfolded early on before making a tactical tweak. He immediately moved Ken Sema forward to play as part of a front three and the Swede was terrific, popping up in little pockets, probing and prompting. He played a lovely slide-rule pass to the overlapping Femenía and his cross was crying out for the intervention of a No.9.

You hoped the Hornets might kick on after that extremely promising start to the half, get an equaliser and then push for a winner, but that never happened and, if anything, Reading got stronger as the half wore on. The Royals looked particularly threatening from set-pieces to the far post and it needed a smart save from Foster to prevent Tom Holmes from putting the game to bed on 69 minutes.

Ivić opted for a last throw of the dice on with eight minutes remaining, bringing on Glenn Murray for Ismaïla Sarr in his third and final change. Murray scored eight goals in 18 games on a loan spell here in the first half of the 2014/15 season, but he didn't get a sniff here on his old stomping ground. It kind of summed up the day that the best chances arrived long before the arch poacher was on the pitch.