Daniel Bachmann was the hero as Watford left it late to knock out Oxford United on penalties in a dramatic Carabao Cup tie at Oxford United.

Last season’s League One play-off finalists looked set for a place in the third round up until the final minute, when substitute Ken Sema cancelled out Rob Hall’s first-half strike to send the game to a shoot-out.

Up stepped Bachmann, who had already excelled in normal time with several vital stops, and the Austrian made a stunning three saves from three to ensure it was the Hornets who progressed to the third round, where a trip to Newport County awaits. 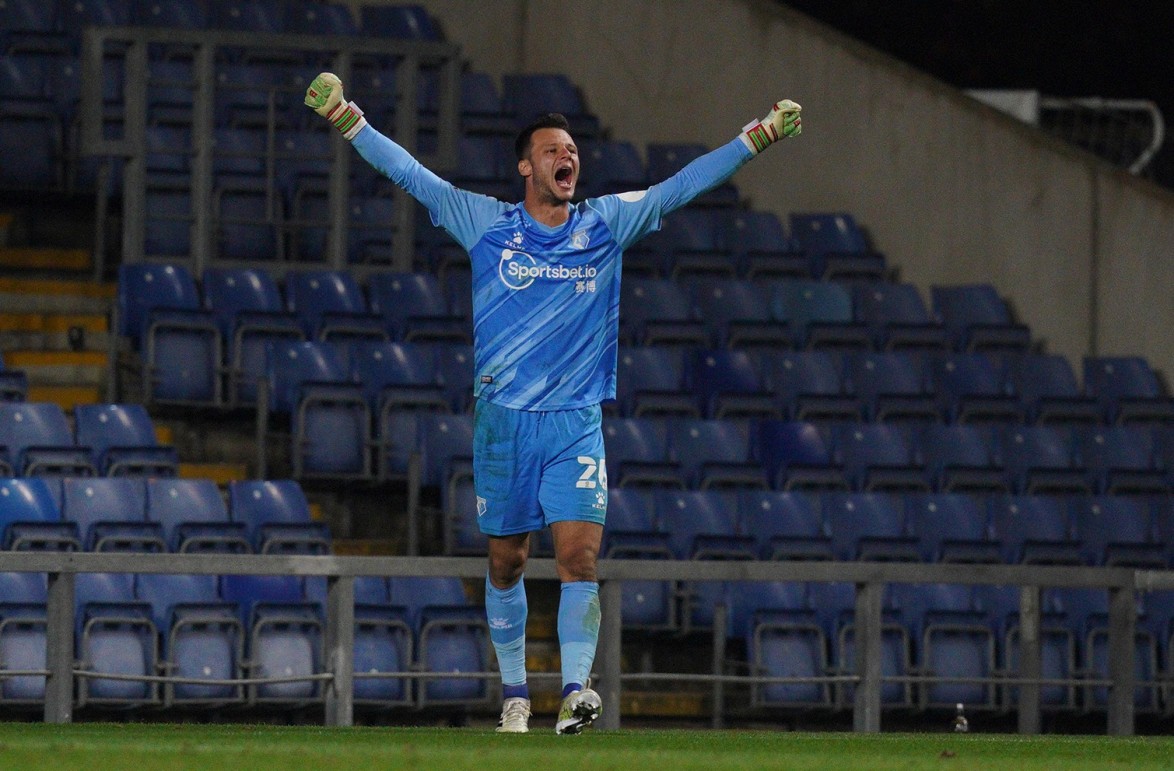 There was an explosive start which very nearly saw Perica score with his first touch in English football. The striker’s close-range effort in the opening minute was kept out by Oxford keeper Jack Stevens after fine work from Jerome Sinclair out on the right.

The Croatian went even closer with 10 minutes on the clock. Fellow debutant Stevenson whipped over an inviting cross and Perica’s bullet header clipped the top of the crossbar on its way over, with Stevens well beaten. 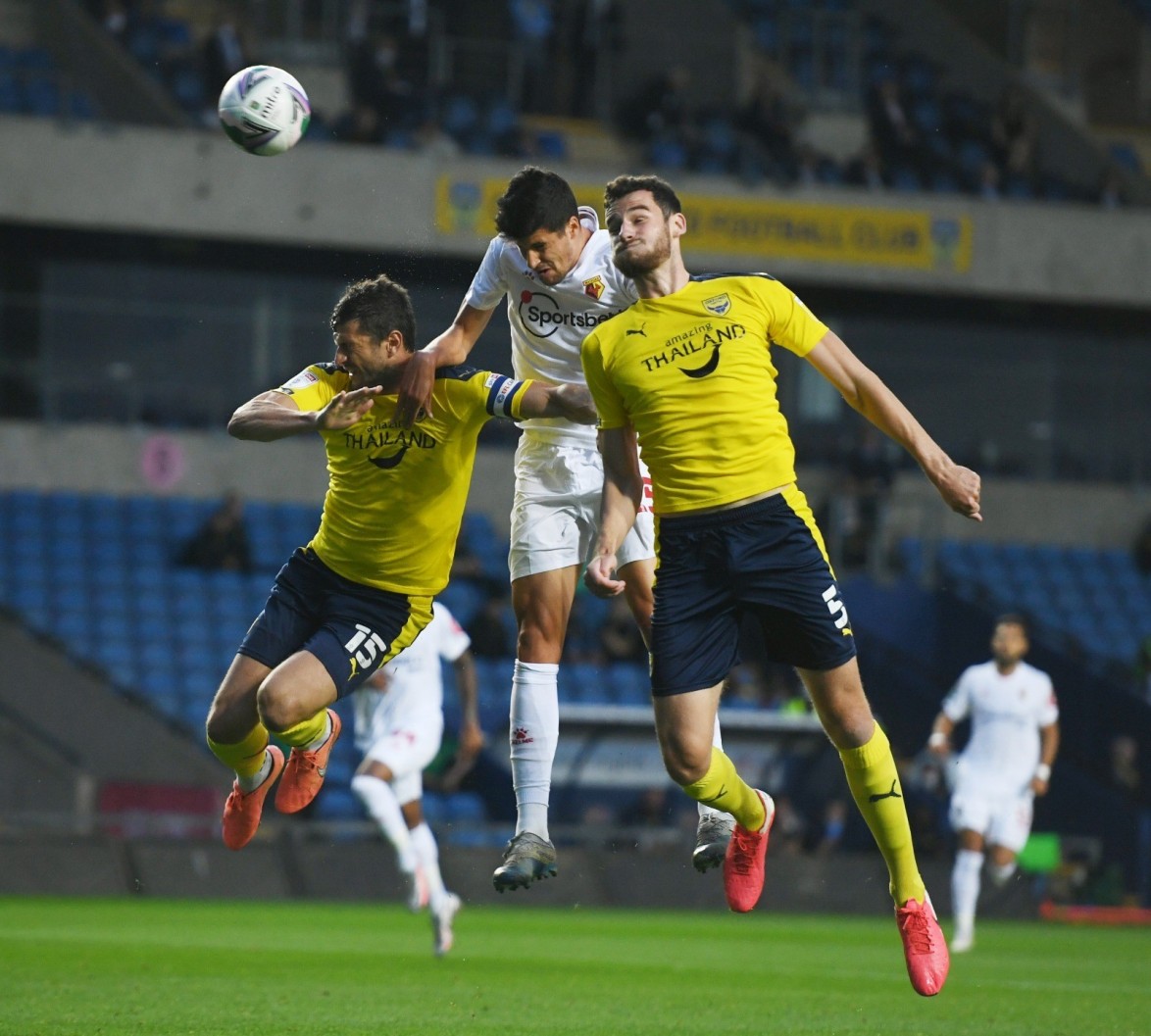 But it was the hosts who would break the deadlock, midway through the first half. Joel Cooper charged past the challenge of Nathaniel Chalobah and the ball broke for Hall, who took a touch and fired a clean half-volley low into the bottom corner.

The errors began creeping in and Watford were fortunate not to go further behind when Phillips conceded possession too easily to Hall in the middle of the park. Bachmann denied Derick Osei Yaw with a reflex save, and it was the start of an especially busy spell for the keeper.

The ex-Stoke stopper was at his acrobatic best when keeping out a Cameron Brannagan shot from the edge of the box. Elliott Moore poked against the post from the resulting corner, then moments later Bachmann was alert to thwart Sam Long before watching helplessly as Cooper blazed the rebound over with the goal gaping.

Just one goal in it at the break, but it may well have been more. 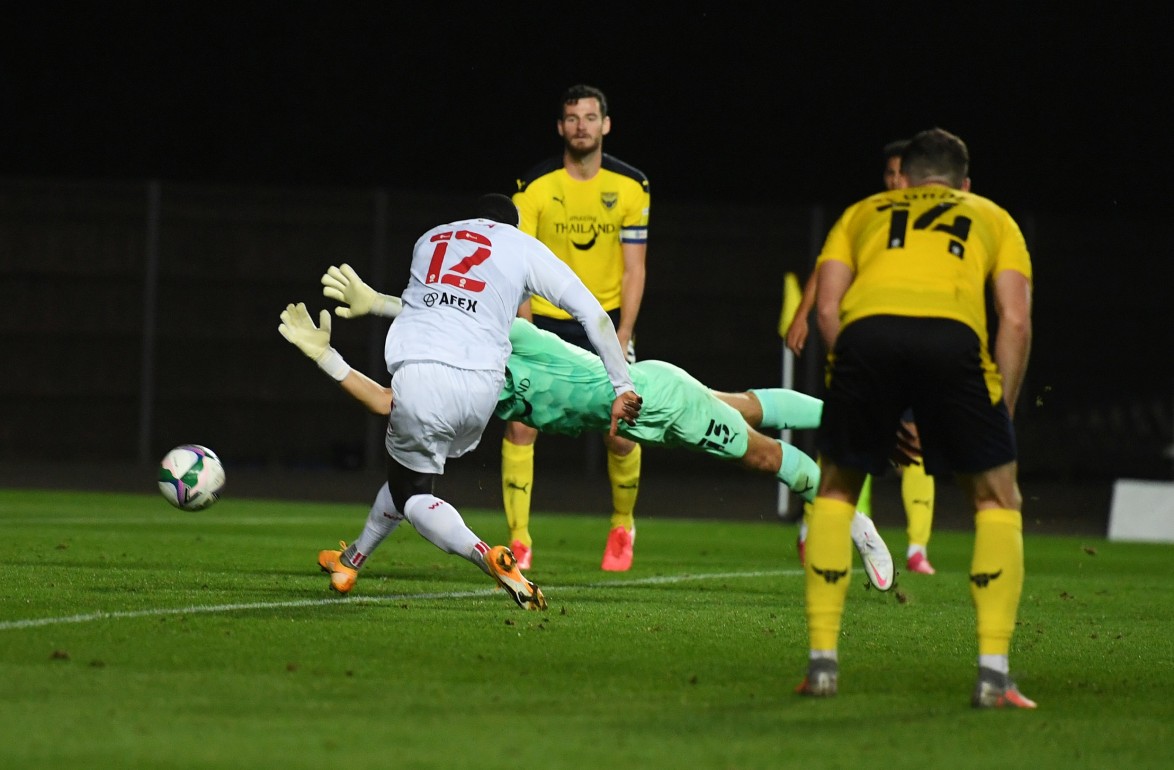 Momentum started shifting towards the Hornets as they approached the hour-mark. A fine Marc Navarro pass unlocked the Oxford defence, allowing Perica a clear run at goal, but his shot struck the face of Stevens and Sema’s left-footed follow-up flew high into the car park behind the keeper’s goal.

If Watford were to find a way back into the game they were going to have to do it the hard way. Navarro pulled up with what looked like a hamstring injury and with three replacements already made, the Hornets were left to navigate the final 20 minutes with just 10 men.

Just when it seemed that time was up, substitute João Pedro scuffed a shot that fell kindly to Sema, who made no mistake from six yards, converting with his right foot to send the game into penalties.

Enter Bachmann, who saved incredibly from Anthony Forde, Marcus McGuane and Hall, with Sema, Domingos Quina and Perica making no mistake for the visitors.