It is really important to remain positive and adopt a glass-half-full mentality after this tough, challenging year so we'll do just that here. Watford extended their handy little run to one defeat in ten matches with a point here at the City Ground and made ground on the top two during this latest quick-fire round of fixtures in the Championship.

With two home matches to come, at a ground where they have scored 14 goals in their last five games and won six out of seven, the Golden Boys are handily placed and well set to have a right good crack at landing one of the automatic spots in the remaining 33 fixtures. If that is achieved, as it should be given the quality and depth in the squad, no-one will be dwelling on the back-to-back goalless draws on the road in the build-up to Christmas, just like you don't remember the pair of draws against Middlesbrough and Nottingham Forest in October of the promotion season in 2014/15.

Preston and Luton showed Bournemouth and Norwich respectively yesterday and this evening just how treacherous this league can be and that there is always a banana skin just around the corner. The point gained here might, on reflection, actually resemble one gained in the final analysis. Yes, the Golden Boys could have gone top tonight and made a statement, but it's where you finish in May that counts. 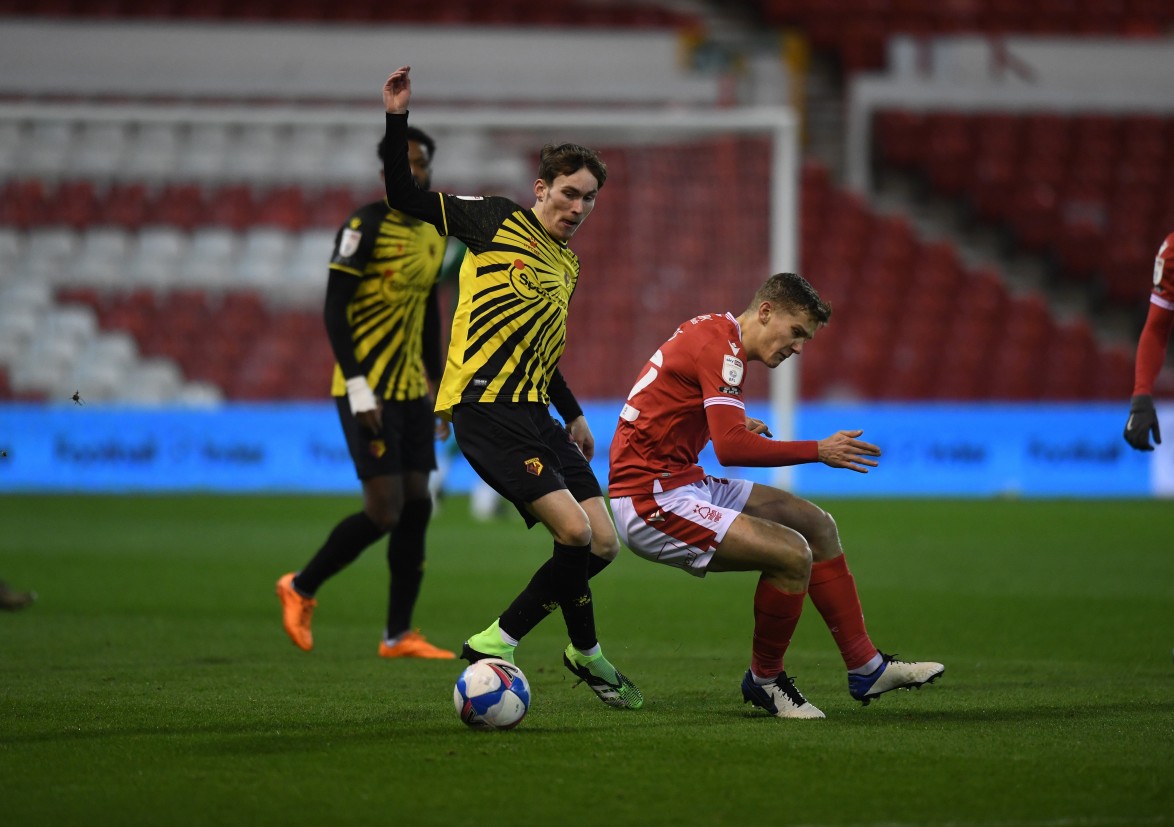 There wasn't much to write home about from the first half. In fact, there wasn't much to write about at all. The first 45 minutes, including one minute of added time that wasn't really needed on a freezing night, conjured up just one shot on target and that was one from João Pedro that only just about fell into the on-target category. That ended up being the only one in the entire 90 minutes.

Things just didn't click from an attacking point of view in the first period and João Pedro looked very much like someone who was getting used to playing with his fifth partner of the season. The intent and willingness was there, but him and Troy Deeney were just not on the same wavelength. Deeney played him in twice, once with his chest and the second time with a flick that was unerringly similar to the one that played in Nathaniel Chalobah on Saturday, but the telepathy that only comes with playing regularly together was just not there. It was no-one's fault. It was just not happening in that first 45.

There were a pair of terrific crosses from Ismaïla Sarr and another from the left from Domingos Quina but that really was the extent of the attacking thrusts from the visitors. Fortunately, Forest were even more impotent. They didn't muster a single attempt on target and forced only one corner, which was reflective of a side who had lost their last three without scoring and one who were slightly fearful of a visiting side who had rattled in four at the weekend. 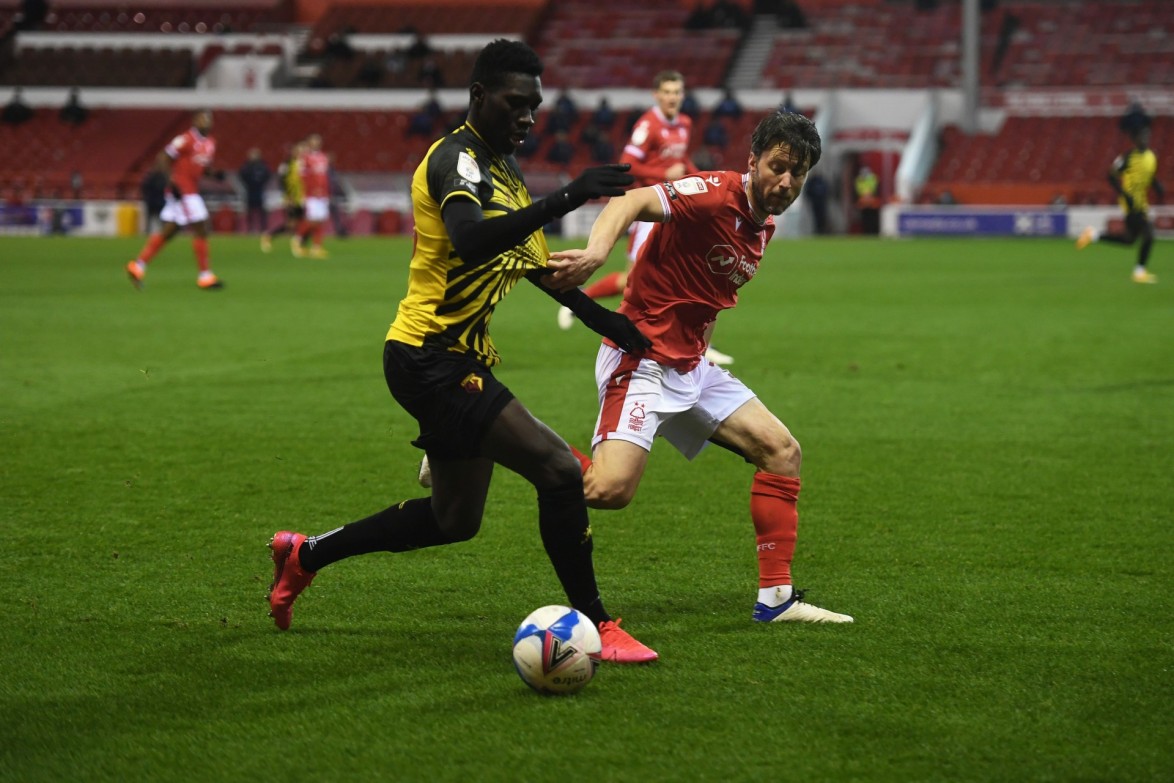 The opening salvos of the second-half were slightly more watchable. João Pedro flashed an instinctive effort just wide; Lyle Taylor had a couple of half chances for the home side and flashed a ball across the face from either side. The excellent Craig Cathcart had to make a couple of smart interceptions and then Christian Kabasele cleverly scooped one over his own bar.

There was at least a bit of spice to the second half of the second half. Chalobah piled into Cafu and then the Forest players were pleading for him to be sent off for another late challenge on Harry Arter. Quina piled into Joe Lolley and then Deeney exchanged a couple of lively words with a Forest centre-half. Amid all that, the captain almost marked moving joint tenth on the all-time club appearance list by rattling one in on 84 minutes.

But it was the sort of night when even the captain, who has a rich history of pulling something out the bag, couldn't alter the outcome of the game. It was even beyond him. It was one of those typical winter Championship nights when you dig out a result away from home, get on the bus, get out as quickly as you can and move swiftly onto the next one.