The Hornets took an early lead when Kiko Femenía’s cross found the head of Emmanuel Dennis, but the hosts levelled the score through Teemu Pukki ten minutes before the break.

A vibrant atmosphere at Carrow Road prompted a lively start from both sides. Femenía and Sarr reignited their dangerous partnership from last season with the 2,421 travelling fans watching on from the near corner. Emmanuel Dennis was also involved on the left flank, testing Norwich goalkeeper Tim Krul early on.

Watford had the brighter start out of the two sides, but Norwich had a handful of chances to take the lead; mainly through new signing Josh Sargent. It was the Hornets however who went ahead on 17 minutes.

Femenía, Sarr and captain Tom Cleverley enjoyed a brief passing triangle in the far right corner of the pitch, awaiting the opportunity to fire a cross into the box. It was the Spaniard who pulled the trigger, lofting in, and Dennis darted in ahead of Grant Hanley to head home. 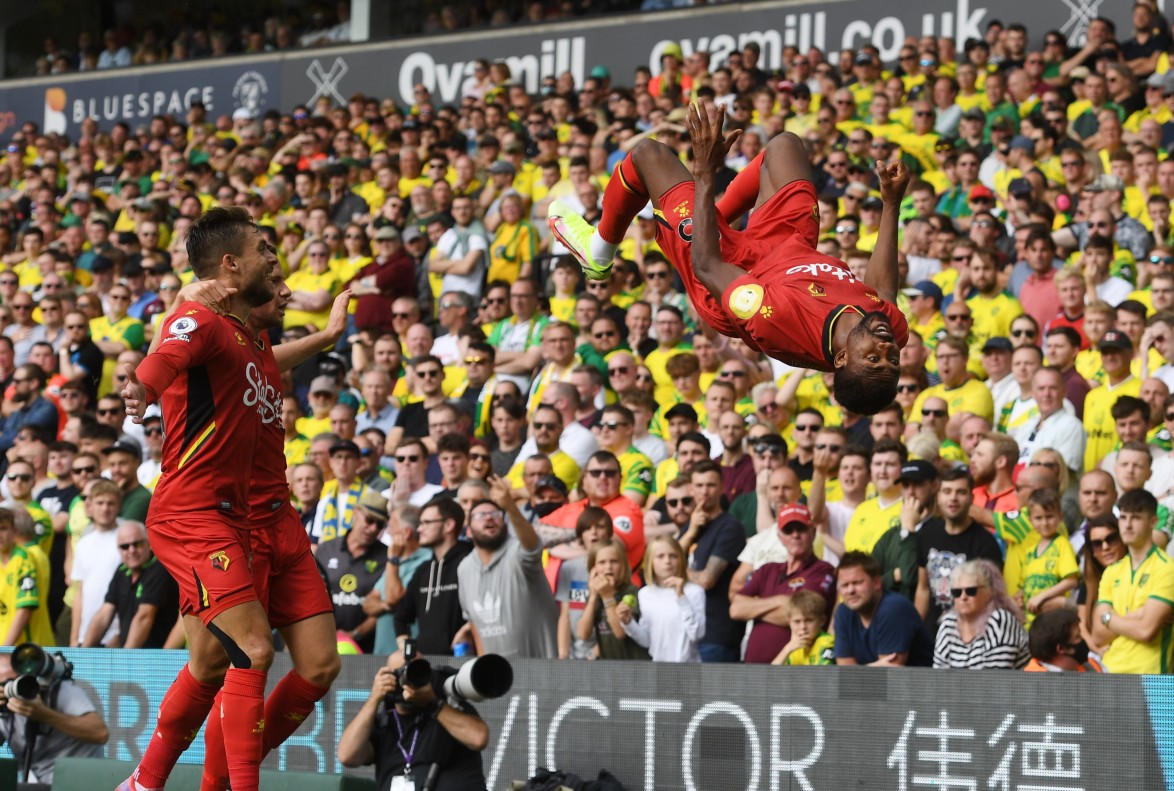 An acrobatic celebration followed for the first away goal of the season from Dennis, with the rest of the team joining the Nigerian forward in front of the away support.

The Canaries found their goal just after the half-hour mark. New signing Mathias Normann’s long ball reached Pukki in attack, through on goal and one-on-one with Ben Foster, and the Fin lifted over the keeper to bring the hosts level.

Pukki could well have scored his second goal just minutes after the break. A clever one-two with Sargent had the striker through on goal before he was denied by a late block. 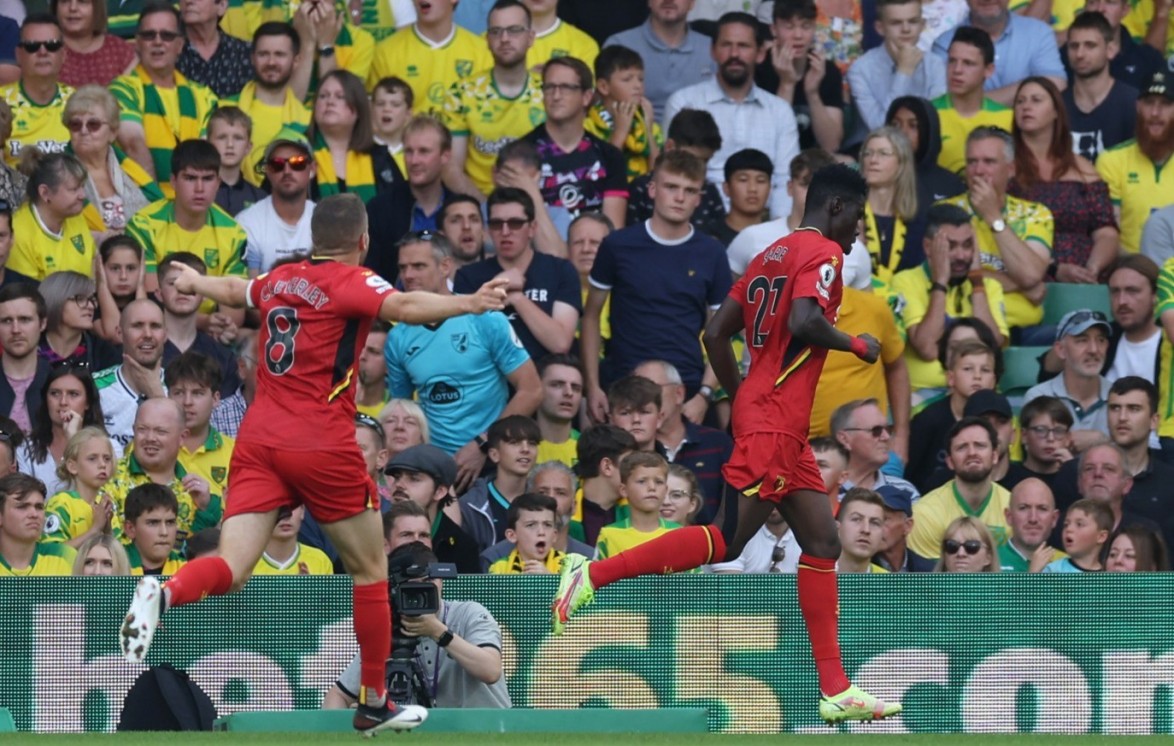 Not long later, Watford took the lead again. King chased the ball to the byline, playing a low, drilled pass to Sarr, who converted from close range for his first away goal of the season.

Dennis wasn’t far off grabbing his second and Watford’s third when Sarr’s swooping delivery went across goal and was inches from meeting the winger’s boot.

Norwich’s Milot Rashica then forced Foster into action with a powerful strike, but the Watford goalkeeper made an impressive stop to deny the Kosovo international.

With 15 minutes left to be played, the drama was far from over.

King came close to scoring his first goal in a Watford shirt, but Krul parried. Sarr, reacting quickly, fired in the rebound, prompting celebrations in the away end and on the touchline.

Initially, the assistant referee’s flag denied the Hornets a two-goal cushion, but VAR corrected the call and confirmed the goal was onside.

Substitute Ken Sema was next to break into the box, beating two on the dribble before defender Ozan Kabak prevented a fourth goal.

A successful away day for Xisco Muñoz’s men was almost capped off by a hat-trick for Sarr, but Krul was there to deny the Senegal international.