Watford were dealt a disappointing 5-1 defeat by a Gabriel Jesus-inspired Manchester City side, with four goals from the Brazil international heaping more relegation pressure on Roy Hodgson’s visitors.

Jesus put his team in the ascendency by completing a brace by the 24th minute, and although Hassane Kamara halved the deficit with a well-taken effort, Rodri fired in a stunning strike soon after to calm any City nerves.

Hopes of a second-half Watford comeback were quashed just seconds after the restart when Jesus won and converted a penalty to make it 4-1, and he added another in the 53rd minute to put the result beyond any doubt. 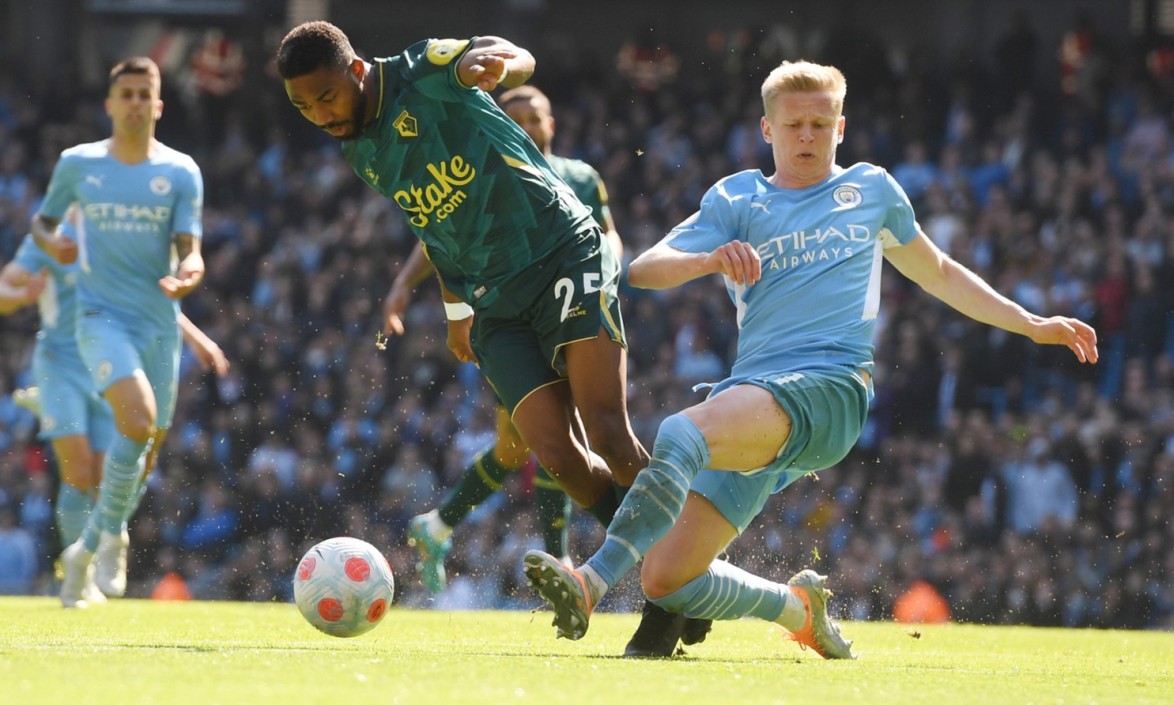 A clash at the home of the defending Premier League champions always promised a tough afternoon, and the Golden Boys - who sit seven points from safety with five games to play – will now regroup ahead of next week’s home clash against Burnley (Saturday April 30, 3pm KO).

The Hornets found themselves on the back foot within four minutes, when Oleksandr Zinchenko’s low cross was latched onto by Jesus who tapped home from six yards to make it 1-0.

With the game’s momentum having quickly swung in the hosts’ favour Watford were forced to weather the storm of successive City attacks, and Fernandinho was guilty of spurning two chances to double his team’s advantage. 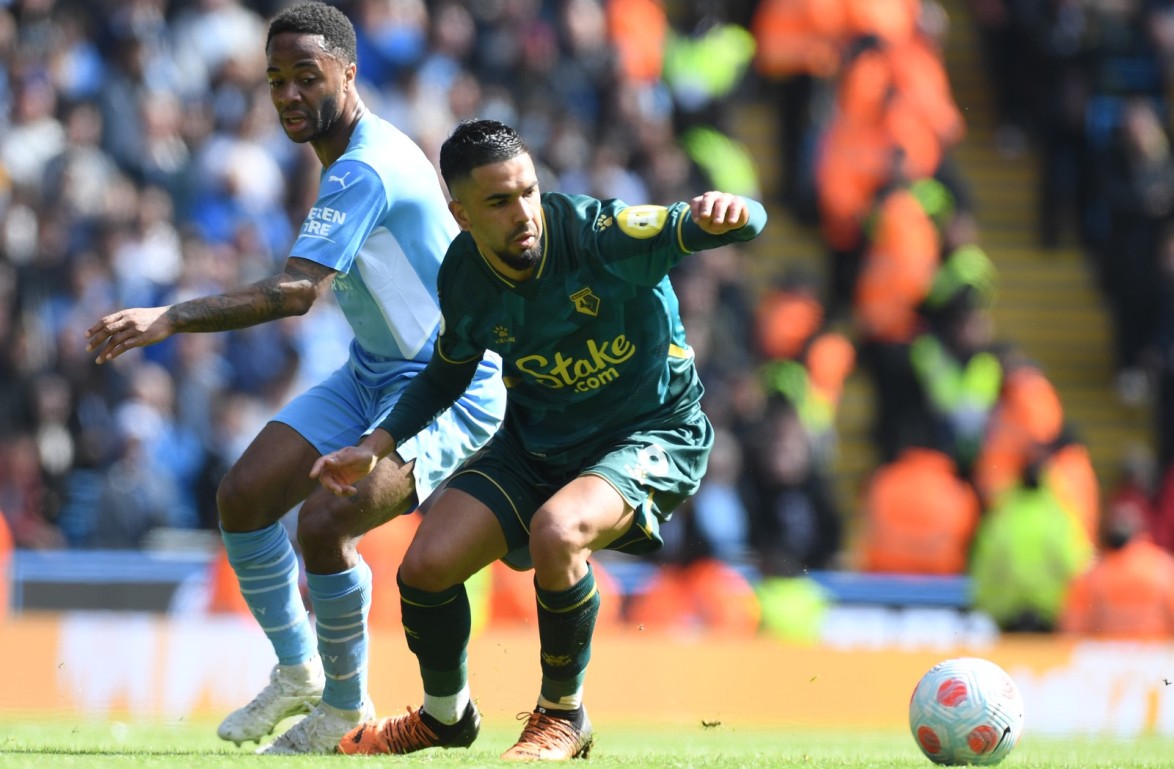 A wave of home corners was met by a stern Golden Boys defence, and then on the counter-attack Emmanuel Dennis found himself through one-on-one after being played in by Joshua King, but Zinchenko recovered well to deny the Nigerian a shot at goal.

Back at the other end Ben Foster had to be alert to palm away a fierce João Cancelo drive in the 15th minute, after smart link-up play between Fernandinho, Jesus and the Portuguese down the right-hand side.

City’s continuous pressure did eventually yield a second goal eight minutes later however, with a pin-point Kevin De Bruyne ball from the right finding Jesus in space to finish from close range. 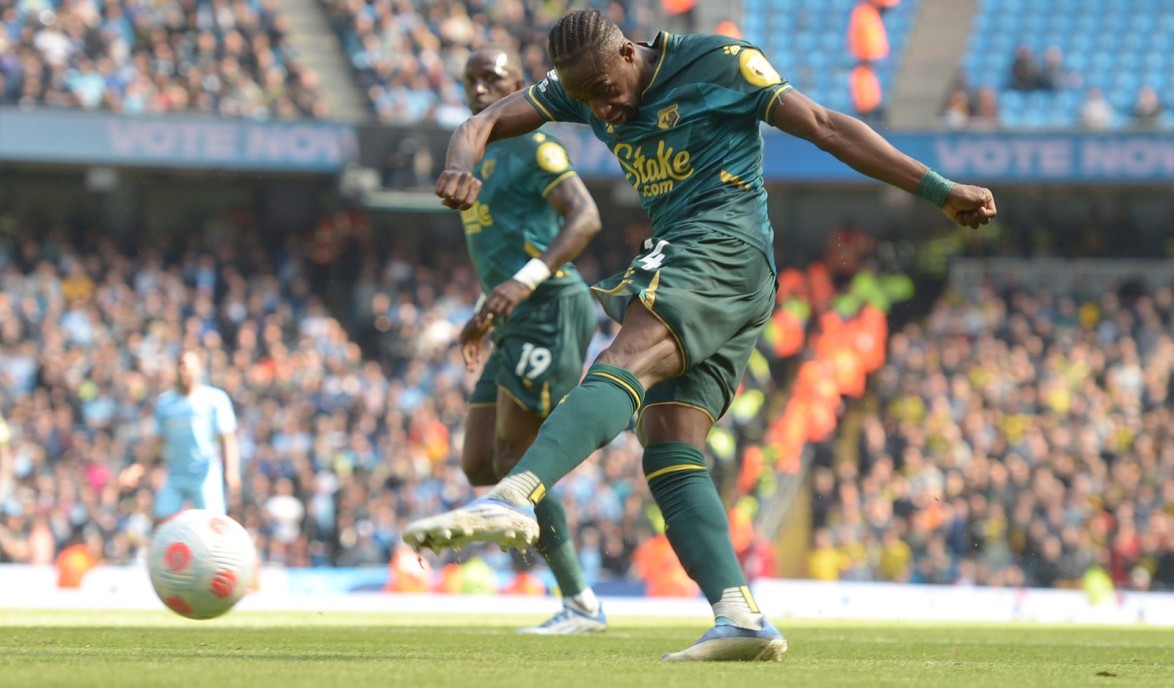 Despite trailing 2-0 the Hornets refused to lie down and their tenacity was rewarded two minutes before the half-hour mark, Kamara finishing smartly across goal after good hold-up play from King and a clever Dennis through-ball.

It didn’t take long for Pep Guardiola’s men to restore their two-goal lead though with Jesus this time turning provider, the silky forward winning possession in the corner before finding Rodri on the edge of the box who lashed in a goal-of-the-month contender on the bounce.

Raheem Sterling was guilty of wasting a great opportunity for a fourth moments later as he skewed his shot well off target from 12 yards, and although Watford did have the last say of the half, Ismaïla Sarr’s effort similarly flew high and wide. 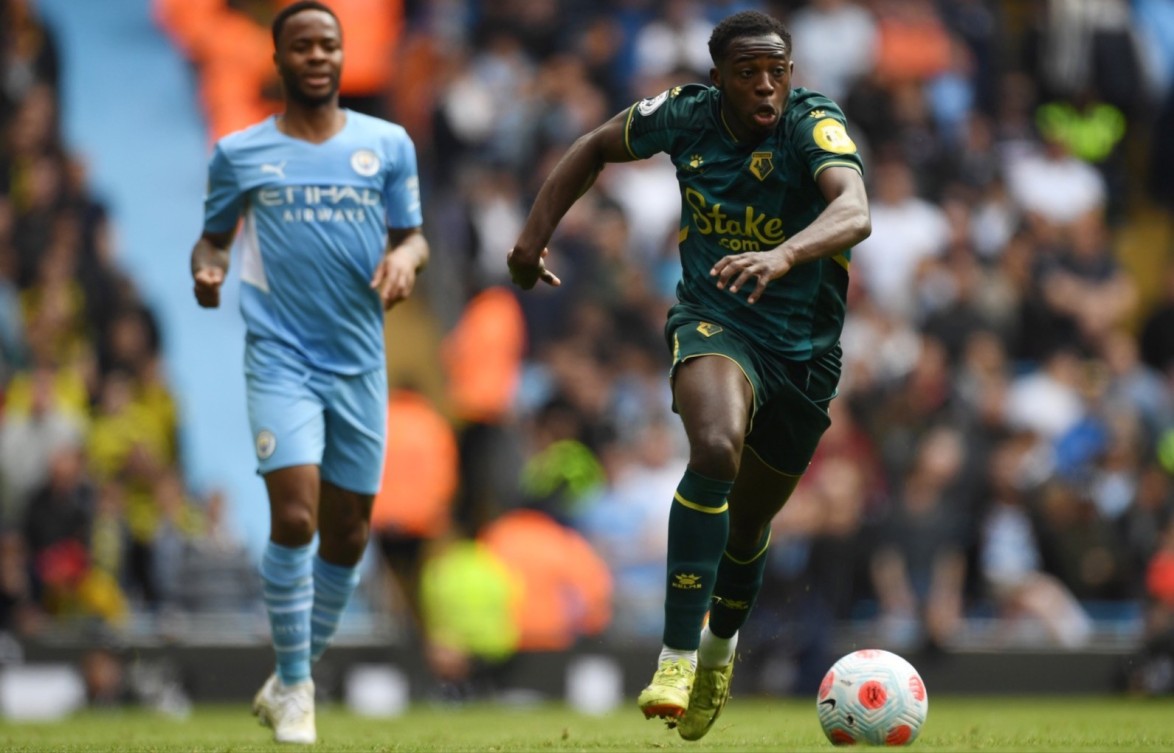 It was the worst possible start to the second half for the Golden Boys as Foster felled Jesus in the area after Kamara was dispossessed by the City attacker, who duly completed his hat-trick by slotting the spot-kick into the bottom corner.

There was a fourth for Jesus and a fifth for City in the 53rd minute, with the 25-year-old calmly finding the target following a neat one-two with De Bruyne to put further gloss on the scoreline.

Though City continued to dominate possession, João Pedro could have grabbed a second for the Hornets eight minutes from the end but the substitute flashed his header wide.

Hodgson’s charges maintained their push forward as the clock ticked towards full-time, but City - who could’ve had a sixth only for Foster to deny Jack Grealish late on - comfortably held out for a deserved win on home soil.