Watford showed spirit and determination in a hard-fought encounter at Anfield, but it wasn’t enough to pick up a victory as Liverpool saw out a 2-0 win.

Diogo Jota’s first-half header and a late Fabinho penalty gave the Reds all three points, in a game that was closely contested throughout.

Watford went close through Juraj Kucka and João Pedro in each half and showed signs of a late comeback, but the former’s foul on Jota at a corner allowed Fabinho to convert from 12 yards.

Defeat means Watford remain in 18th and three points from safety, ahead of their home fixture with Leeds United next weekend (Saturday April 9). 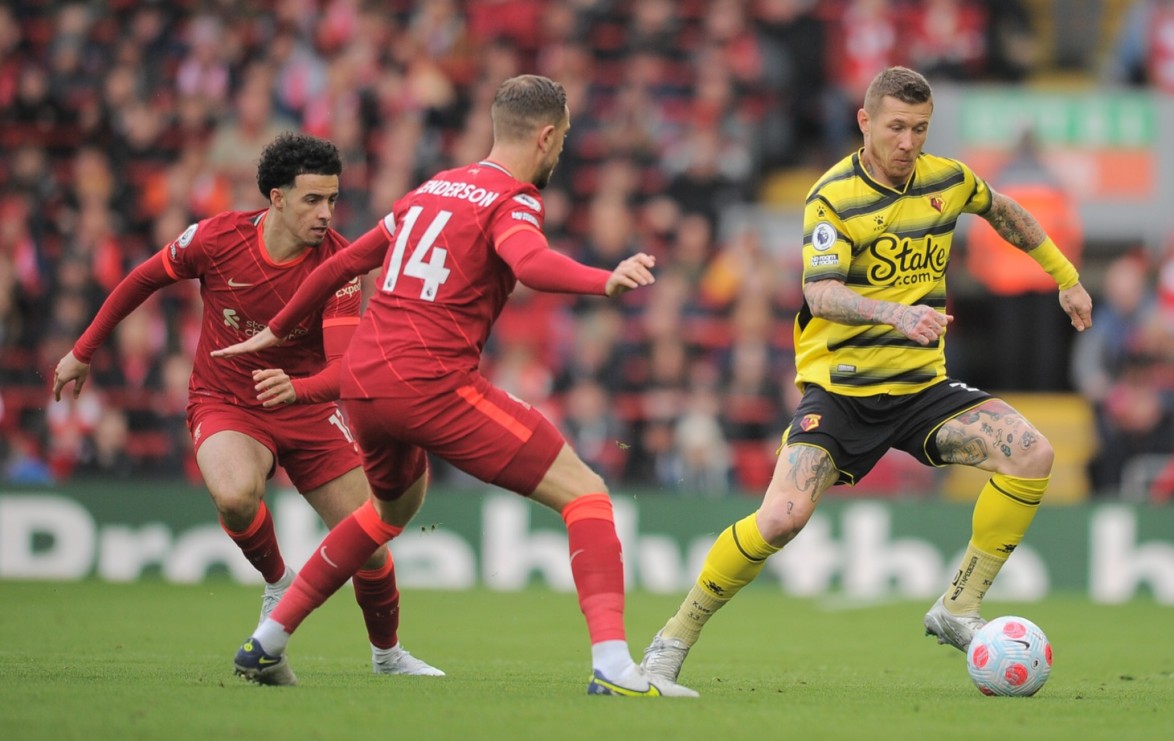 Despite the distance in league position the Hornets more than held their own in the first half, finding space on the break through their lively front three.

The returning Ismaïla Sarr had the first attempt of the 90 from a difficult position, aiming to loop his effort over Alisson. Unfortunately for the winger it was slightly too powerful and ended up in the Kop End.

Liverpool enjoyed more of the ball and fashioned a number of half-chances but weren’t finding the decisive pass to threaten Ben Foster’s goal.

Cucho Hernández’s glancing header from a corner sprung the Liverpool number one into action, who saved and held the Colombian’s chance. 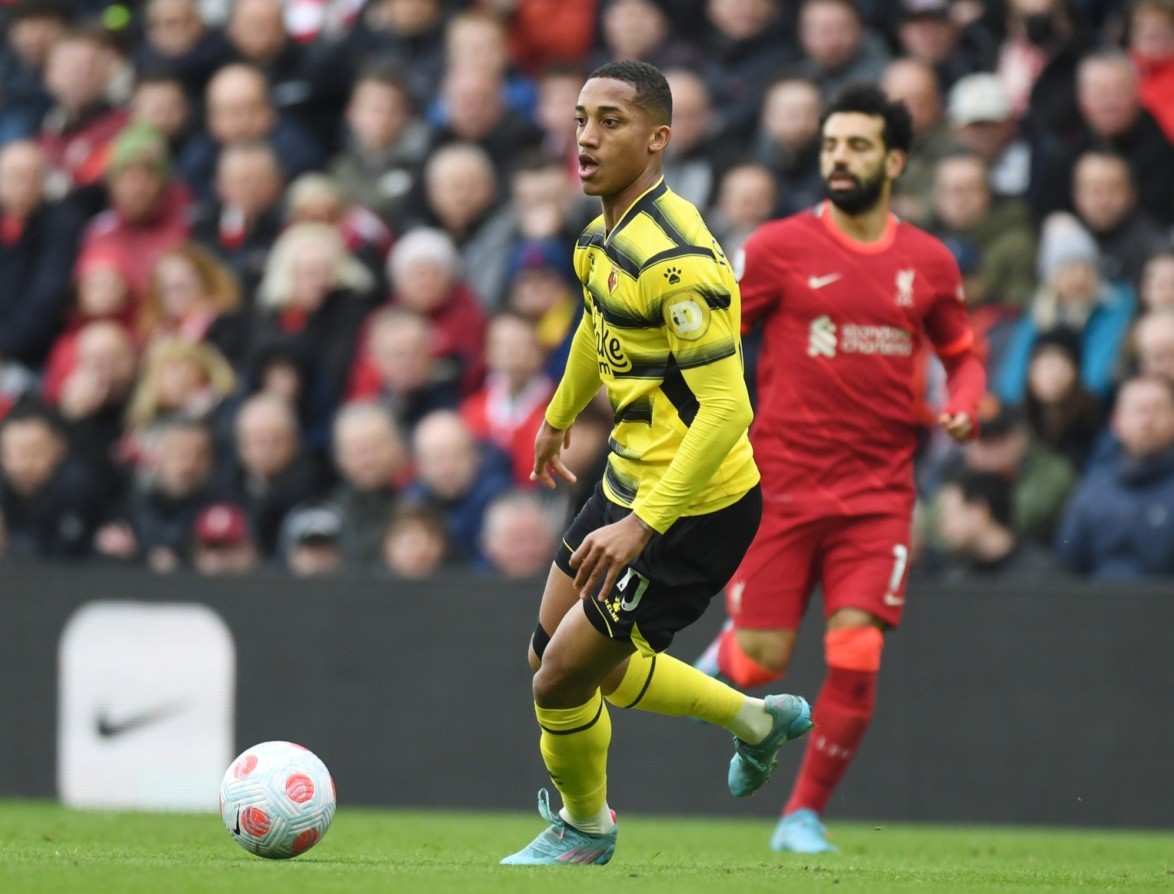 The bright start nearly resulted in an unlikely opener when João Pedro playing a deft through ball to Kucka on the left. The Slovakian’s driving run put him one-on-one with the Reds’ goalkeeper, who closed the angle effectively to make a save.

The miss was immediately punished. Joe Gomez, in space on the right flank, crossed dangerously into space for Jota to rush in and head past Foster.

Roy Hodgson’s charges stuck to the gameplan and didn’t seem fazed by the opener, continuing to fashion potential chances in the first 45.

Jota came close to doubling his tally late in the first half when he received possession fortuitously in front of goal, but Foster - marking his 200th Watford appearance - launched himself across the box to save with his chest.

The second half didn’t start at full throttle like the first, but remained entertaining and full of opportunities at both ends of the pitch.

Gomez attempted another cross from the right, but this time Christian Kabasele’s committed header saw it out of play. 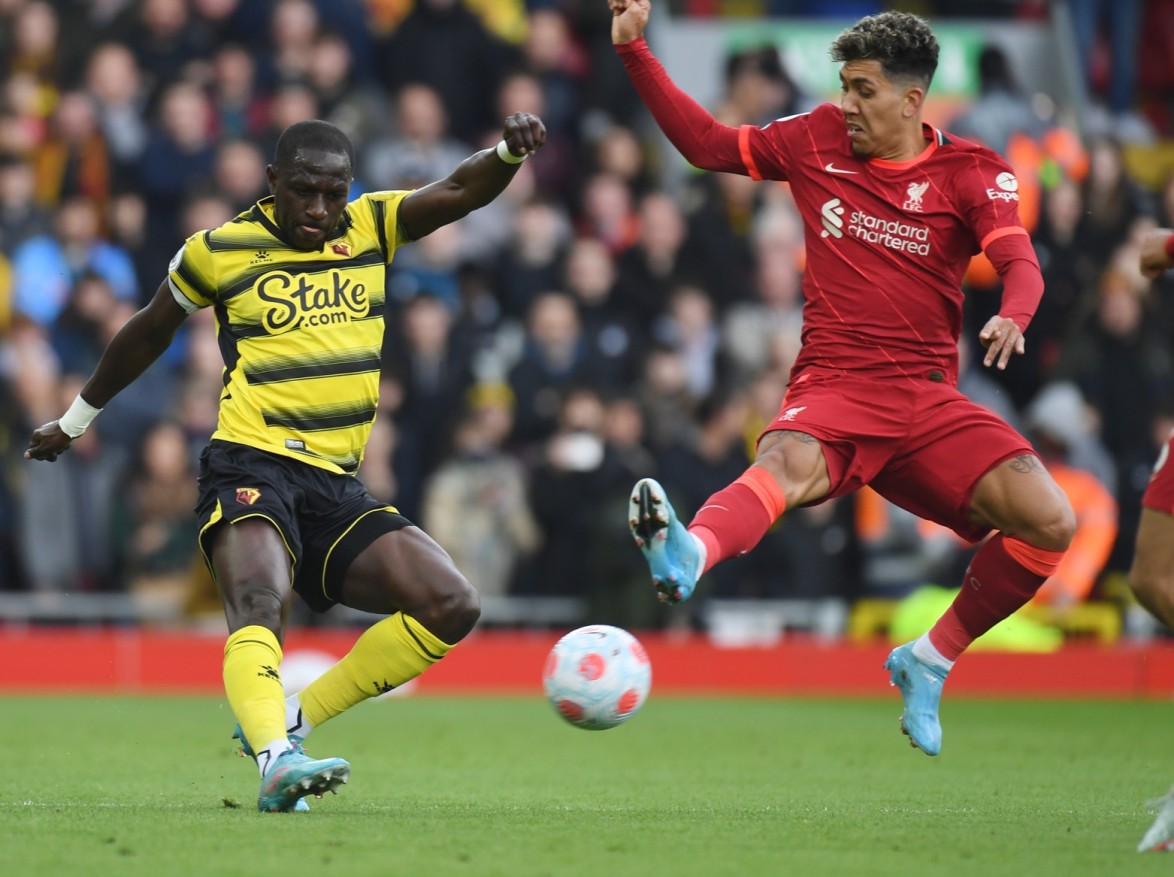 Again showing promise on the counter-attack, João Pedro came inches away from an equaliser. Hernández was patient on the left wing before unleashing Sarr over the top. Sarr cut across for his Brazilian teammate, but the low effort creeped just wide.

The Hornets matched the intensity of the hosts and still looked capable of getting a decisive goal, but that was to end when Stuart Atwell awarded Liverpool a penalty following a VAR review; Kucka pulling Jota down inside the box from a corner kick.

The Hornets will hope to use the positives of defeat on Merseyside and learn from their mistakes against Leeds next weekend, in an important Vicarage Road clash.