Watford’s run in the 2021/22 Emirates FA Cup came to an end at the home of the defending champions, with Leicester City prevailing 4-1 following an action-packed afternoon at the King Power Stadium.

The Hornets fell behind to an early Youri Tielemans penalty and James Maddison struck in the 25th minute, but João Pedro quickly hit back with a well-taken goal that made it 2-1 at the break.

Harvey Barnes nabbed a third for the Foxes nine minutes after half-time to steepen Watford’s uphill task, and although Ashley Fletcher and João Pedro continued to threaten for Watford, the home side added gloss to the scoreline through Marc Albrighton late on.

Following their exit from the cup, Claudio Ranieri’s Golden Boys will now focus solely on Premier League competition, with next week’s visit to Newcastle United the first of three top-flight clashes in six days. 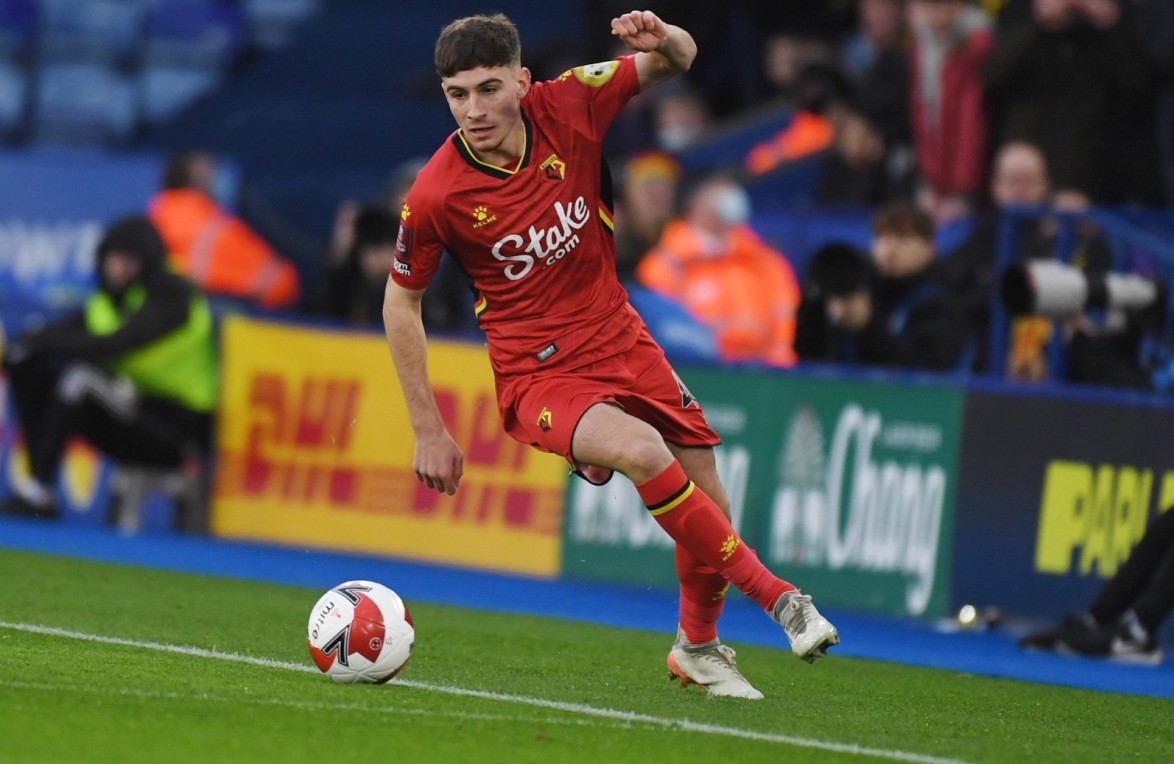 After both sides enjoyed brief spells of possession in the game’s opening stages, the first real chance fell to the hosts in the fourth minute, with Maddison firing a free-kick from 25 yards into the Hornets’ wall.

Just three minutes later though the Foxes were in front, as Tielemans – the match winner in the 2021 FA Cup final – converted from the penalty spot after Francisco Sierralta was penalised for a foul on Jannik Vestergaard.

Tom Cleverley led the Golden Boys’ search for an immediate response, with the 32-year-old having a shot blocked after initiating a well-worked team move from deep, before Ozan Tufan sent a speculative effort over the bar.

Skilful play from João Pedro down the right flank earned Watford a corner in the 20th minute from which skipper Moussa Sissoko saw a shot sail over, but Leicester immediately served a reminder of their quality with Barnes narrowly missing the target from a tight angle. 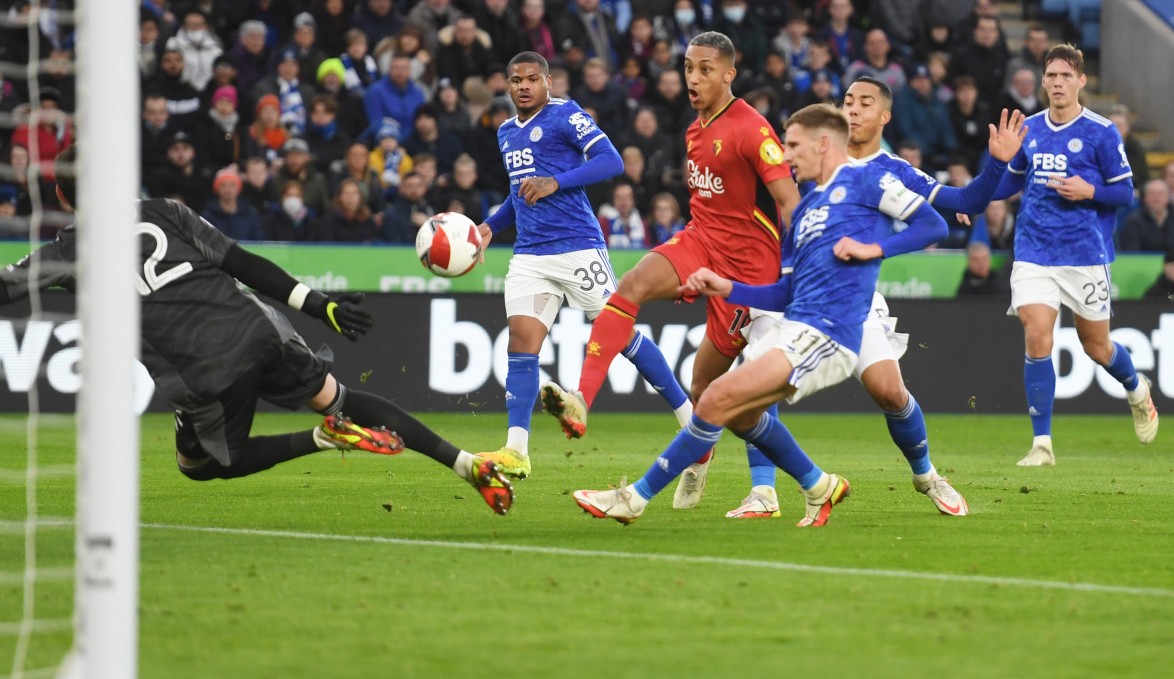 And the home side duly doubled their lead moments later, Maddison coolly chipping over Daniel Bachmann in the Watford goal to make it 2-0 after latching onto a clever through-ball from Ademola Lookman.

Leicester’s two-goal lead didn’t last long though as João Pedro got the Hornets on the board almost immediately after the restart, the Brazilian lifting the ball over home goalkeeper Danny Ward after being picked out expertly by Fletcher.

As the game drifted towards half-time Sierralta had to be on red alert to cut out a piercing in-swinging cross from the right, before home defender Vontae Daley-Campbell escaped a second yellow card following a foul on Cucho Hernández.

Watford did have the final say of the first period with Jeremy Ngakia teeing up João Pedro after drifting past Daley-Campbell with a tremendous piece of skill, but a Hamza Choudhury block and Ward’s save from Ngakia’s follow-up saw Leicester retain the lead at the break. 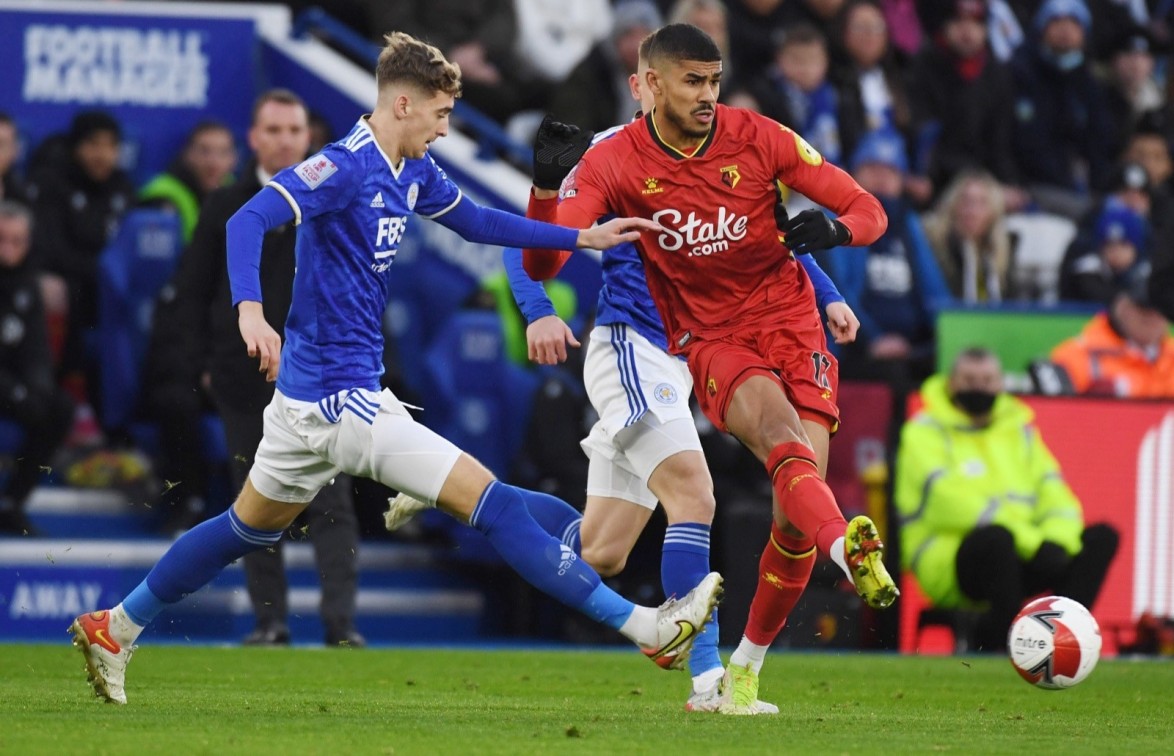 Both sides raced out of the blocks at the start of the second half in search of the fourth goal of the game, with Tufan shooting narrowly off target before home substitute Wanya Madivadua saw a deflected effort drift wide.

Watford’s appeals for a penalty were turned down by referee Mike Dean when Fletcher went down under pressure from Lewis Brunt in the 50th minute, but the striker continued to cause problems and quickly won a corner after his goal-bound shot was diverted off target.

While Ranieri’s charges looked the more threatening it was Leicester that struck next, with Barnes slotting home to make it 3-1. The goal was originally chalked off for offside, but the decision was quickly reversed after a VAR check.

Following a delay to proceedings following a fault with the floodlights, Watford looked the likeliest to strike next, and the impressive João Pedro was unlucky not to double his tally with a deflected shot that rebounded off the crossbar. 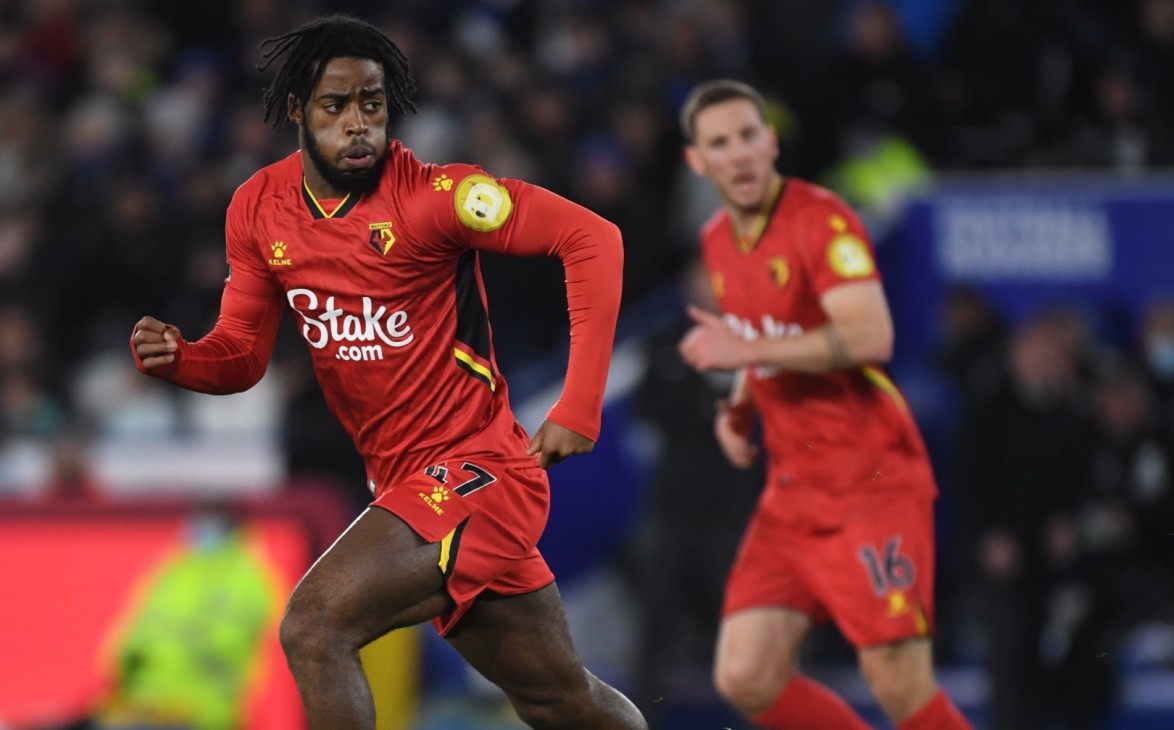 Youngsters Kamil Conteh and Shaqai Forde were brought on as 74th-minute substitutes to join fellow debutant James Morris on the King Power pitch, shortly before Bachmann made a smart save to deny Tielemans a second of the afternoon.

There was a fourth for Leicester in the 85th minute however, with Albrighton smashing home at the far post after Bachmann had impressively kept out Lookman from close range.

Watford’s youthful team continued to fight until the final whistle following nine minutes of added time, but Brendan Rodgers’ Leicester held firm to keep their name in the hat.