Well, that's the goal of the month for October sewn up.

With a strike completely out of keeping with the 75 minutes proceeding it and the 14 minutes after it, João Pedro emerged as the match-winner for the second time in three matches. His teammates ribbed him about the scrappy nature of the winner against Luton, believing it was deflected, but there was no doubting the purity of this one. It came out of the very top drawer, full of pace, power and dip, and not too dis-similar to the one Wayne Rooney, the Derby captain, launched his own career with as a 17-year-old for Everton against Arsenal. David Marshall, in the Derby goal, stood absolutely no chance as the 19-year-old Brazilian crashed one over him and past him from left to right. 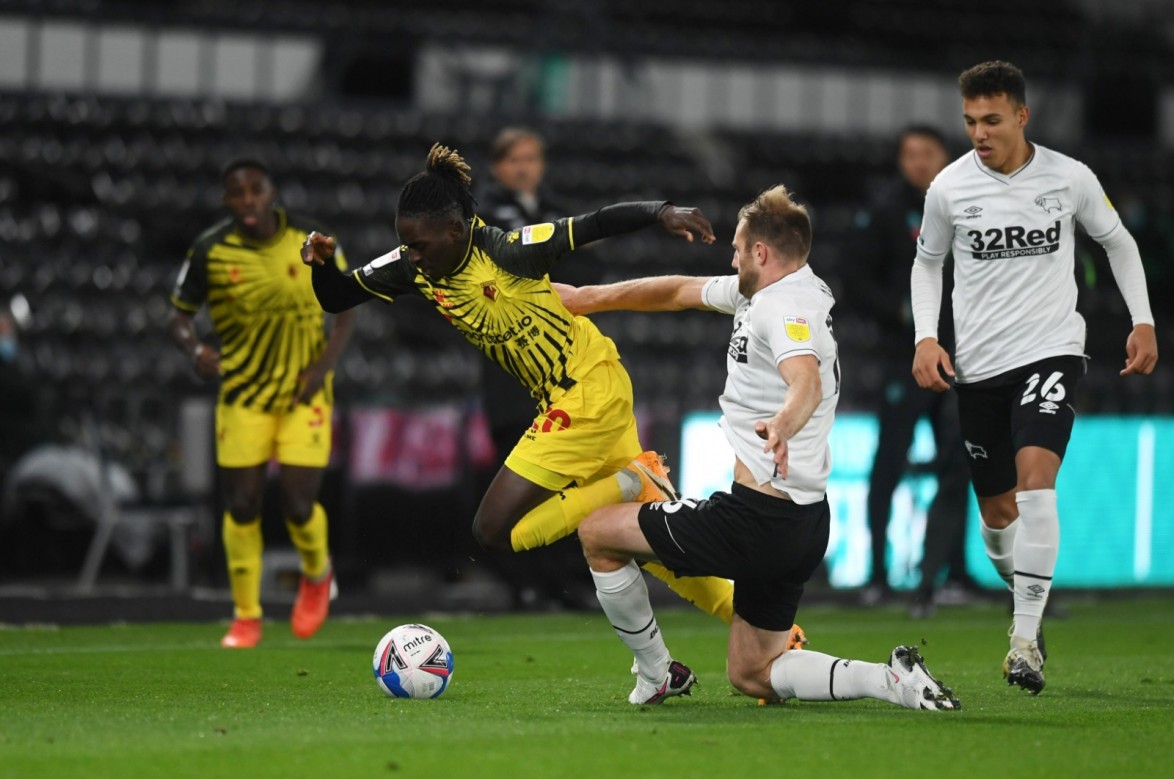 It was such a shame the goal, which must top the overhead kick he scored for Fluminense against Cruzerio, came in front of an empty stadium as João Pedro would have been cheered off by the travelling Hornets when he limped off with a touch of cramp with four minutes remaining. He has done a terrific job as a make-shift No. 9, scoring two match-winners, running his socks off and making more tackles than any other forward in the Championship before this round of matches. His best position will become clear when the rest of the firepower returns from injury and suspension, but Head Coach Vladimir Ivić now knows he has a proven match-winner on his hands who will roll his sleeves up, does the hard yards and who can play anywhere across the front three.

The Hornets don't score many goals but the three they have got have now yielded 10 points. The goals have produced such a high return because of the rock-solid platform the Golden Boys have established in defence. That's now four clean sheets in five games and just the sort of foundation you build a promotion challenge on. The attacking side of the game will come, especially once Stipe Perica, Troy Deeney, Andre Gray and Ismaïla Sarr are integrated back into the team and you have Will Hughes and Étienne Capoue helping to load the gun.

The pickings in the first half were extremely slim, perhaps exactly as you'd expect for two sides who had scored four goals between them in eight games this season. Derby looked nervy, like a side who had suffered four successive home defeats and the Hornets appeared hesitant, like a side who had gone 10 matches without a win on the road. 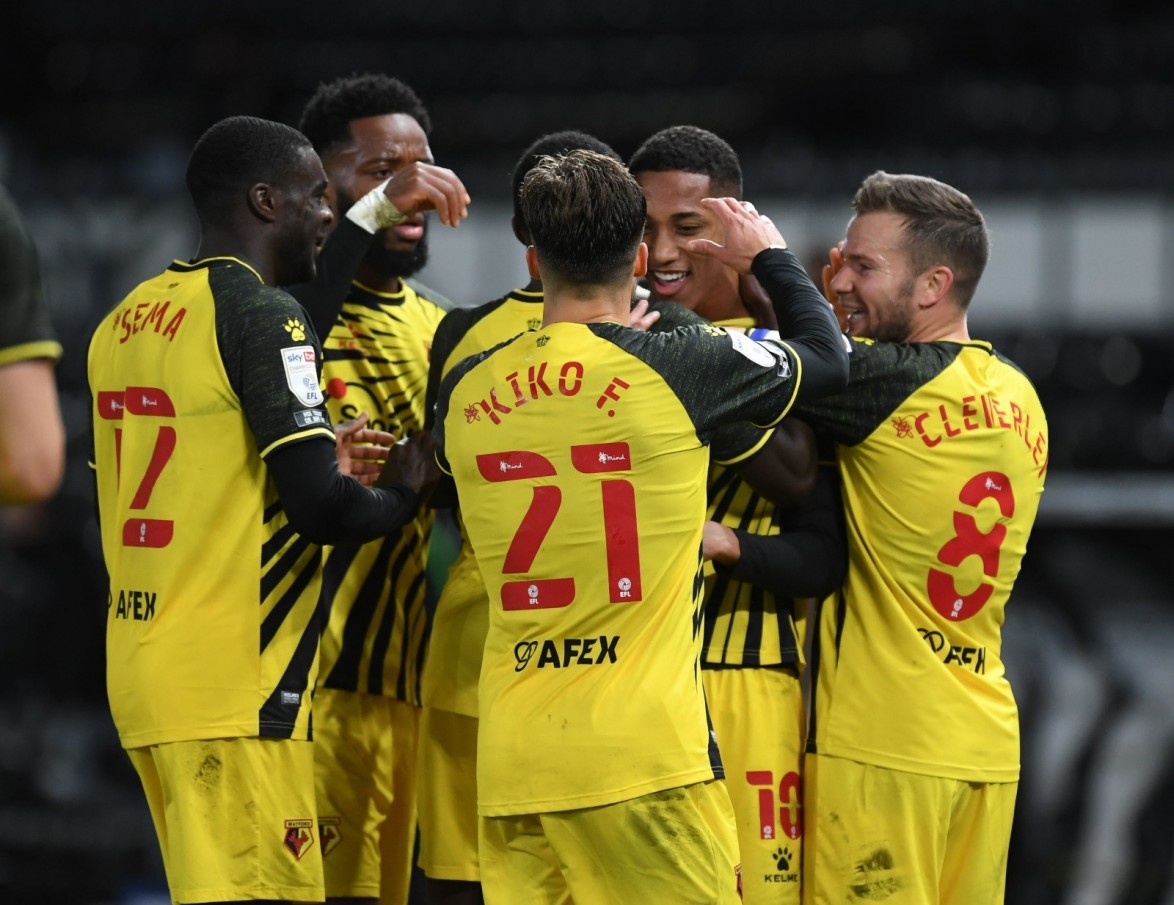 Derby's primary threat came from Rooney, as you'd expect from a player with such rich pedigree. He could open tin cans with his right foot so if anyone was going to prise open this parsimonious Watford defence, stiffened by the inclusion of Nigeria captain William Troost-Ekong, then it was going to be him. He teased over an assortment of balls from dead-ball situations on the left which caused Hornets' hearts to flutter. Matthew Clarke was a whisker away from getting on the end of one; Curtis Davies got in the way of one that was bound for George Evans and then Duane Holmes fired over when well placed and relatively free from a perceptive Rooney cut back.

Any threat the Hornets did pose came down the left, with Ben Wilmot, Kiko Femenía and Ken Sema making in roads down that side. Indeed, Femenía had the first effort on goal of the half and Tom Cleverley had the last, both ending up high and wide, summing up how things went from an attacking point of view.

The creative juices didn't exactly flow in the second half either. There was a big shout for a handball by Evans and then Christian Kabasele had a goal-bound header blocked. It looked for all the world that a dreadful game was going to meander aimlessly towards a goalless draw, especially when you consider Tom Lawrence, on as a sub, mustered the first shot on target after 73 minutes. But then João Pedro did what only few players can do: settle games of terrifying small margins with a piece of magic.

It was a rabbit out of a hat and brought about the first away win since January. A lot has changed since that 3-0 win at Bournemouth, but one thing for certain is that João Pedro has come of age.