So Watford's relegation escape act won't be made in Chelsea.

Events at Stamford Bridge were never going to determine the team's Premier League fate and it was always going to be a big ask to come away with something from a venue where the Hornets have won once in 34 long years. It's just that a point, one similar to the one the team chiselled out here in 2015, would have been lovely, such a boost not only to the scoreboard but also to morale and not left so much riding on back-to-back home games against Norwich and Newcastle.

They never really looked like getting it, goals from Olivier Giroud, Willian and a late one from Ross Barkley saw to that. Now, as a result, it's hard to think of a bigger league game in modern times for the club than the one against the Canaries at Vicarage Road on Tuesday.

Nigel Pearson sought to make his side difficult to beat in west London by stringing five across midfield, inviting the Blues to have the lion's share of the ball and challenging them to break his side down. Chelsea accepted the invitation and the tone was set by the 72 per cent worth of possession they enjoyed in the first ten minutes. 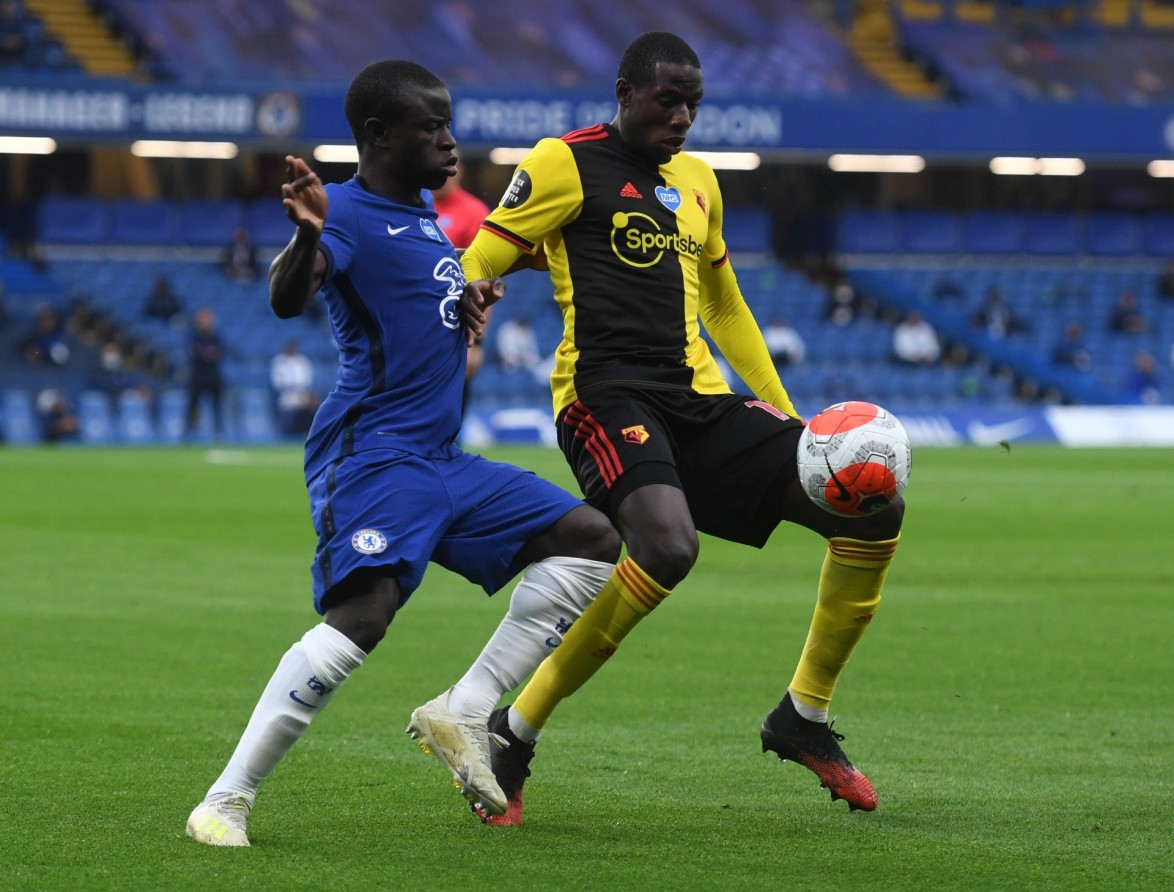 The hope was to make the Blues nervy, frustrate them on their own patch and get them thinking about the four of the last five matches they have lost against sides stationed in the bottom four. The plan went well enough for almost the first third of the game. There was a deflected effort from Willian that went straight down the throat of Ben Foster and then a left-footed effort from Giroud that the Watford 'keeper, wrong footed and going the other way, did brilliantly to keep out with an outstretched left foot. That was about it until just before the half-hour mark.

Feeding off scraps at the other end, the visitors did make one promising raid down the left through Kiko Femenía following a terrific free-flowing team move and there was a promising free-kick that the recalled Nathaniel Chalobah did not really make the most of. Pearson was frustrated to see that dead-ball effort sail over the bar as he knows you don't get too many opportunities like that in this neck of the woods.

It proved a justified response as, not long after, Giroud ran onto to a reverse pass from Ross Barkley and beat the early slide of Craig Dawson and caught Foster flat-footed with an early left-footed strike that nestled in the far corner. It was a goal that not only knocked the stuffing out of the team, as they were just getting into their stride and keeping the Blues at arm's length, but forced a recalibration of the game plan. They just needed to get to half-time, regroup at the break, remain in the game before loosening the top button in the second half, but that went out the window when Willian scored from the spot after 42 minutes. Thereafter, it was damage limitation and the primary concern was to keep the right side of Bournemouth and Aston Villa on goal difference and not go into Tuesday's game on the back of a hiding.

They dug in, funnelled back and seemed determined to avoid conceding three goals or more for the eighth time in nine matches here. They had to be at their most resolute to do so as there was a point, during ten minutes at the start of the second half, when the Hornets only spent eight per cent of the match in the Chelsea third of the field and only had seven touches in the opposition box after 65 minutes. The fact it took 73 minutes for the visitors to muster their first shot on target, from substitute Adam Masina, spoke of how difficult it was against a very slick Chelsea side.

With his side at full stretch and with Tuesday very much in mind, Pearson smartly rang the changes, bringing on Danny Welbeck, Tom Cleverley, Masina and, latter on, Roberto Pereyra. The changes helped inject some energy and shift the momentum. In fairly quick succession, Masina had a couple of cracks at goal and Welbeck, who looked lively, almost steered one in the far corner only for Kepa Arrizabalaga to pull off a strong save with his left hand for the second time in as many seasons in this fixture. 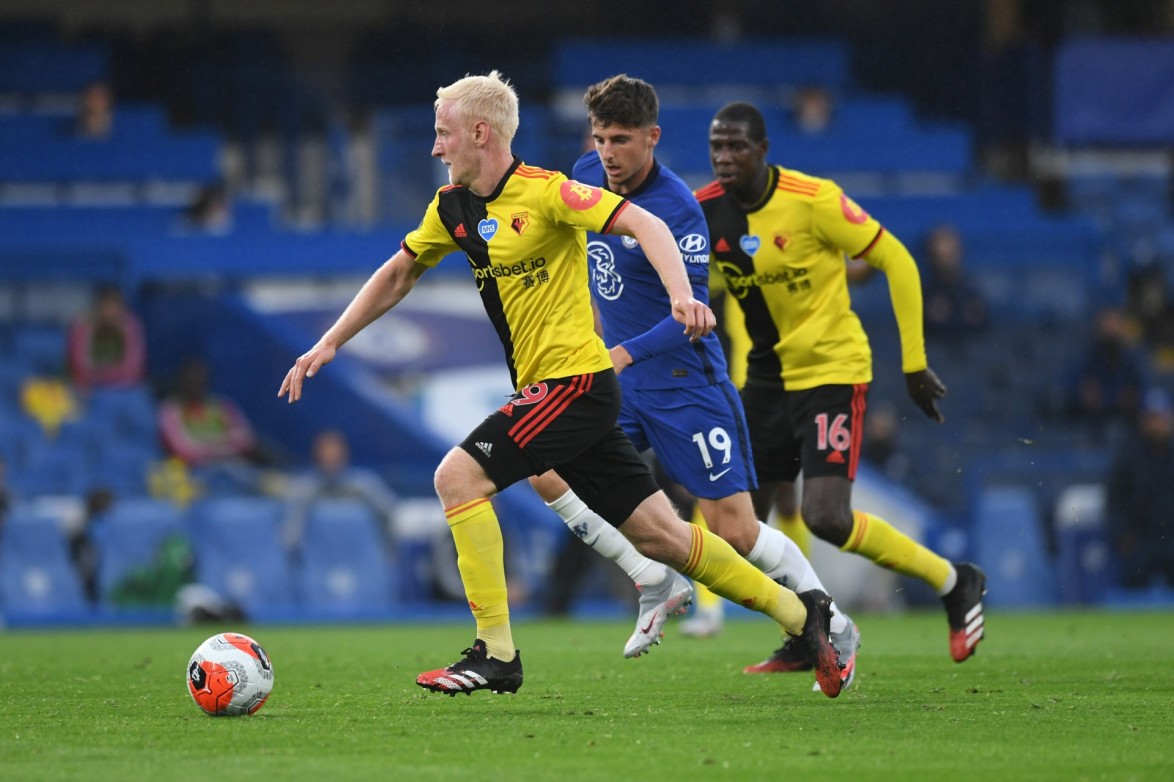 All in all it was an encouraging finish from the Hornets, something to hang your hat on ahead of the must-win clash with Norwich on Tuesday. The team never threw the towel in; a last-ditch tackle from Christian Kabasele at the death spoke of that. It was therefore a body blow to concede a third from Barkley late on. That was rough.

Now it's time to dust down, get off the ropes and throw a few knockout punches in two season-defining home games in the more familiar surroundings of Vicarage Road. So much depends on it.