Kai Havertz’s 11th-minute strike put the Blues in front, though João Pedro and Ken Sema both enjoyed good chances to notch an equaliser for the hard-working Hornets after the break.

Substitute Dan Gosling thought he had rescued a point for Watford with a late goal, but Chelsea’s Ross Barkley snatched the win for the hosts soon after with a last-gasp header. 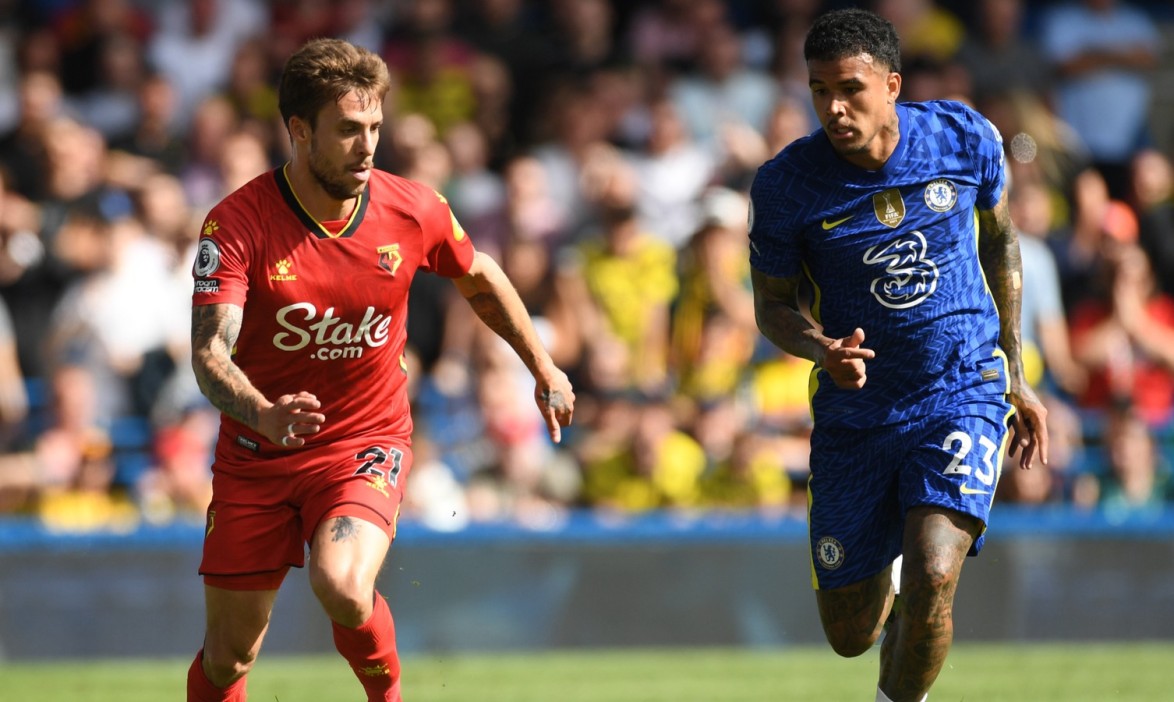 Norwich City’s 5-0 defeat at home to Tottenham Hotspur confirmed 19th spot in the Premier League table for the Golden Boys, who will now refresh and regroup ahead of the 2022/23 Sky Bet Championship campaign.

Hodgson made six changes to the side that had fallen to a 5-1 defeat at home to Leicester City last time out, with Daniel Bachmann starting in goal and the likes of Kiko Femenía and Joshua King returning to the XI.

Bachmann made his mark on the game within the first five minutes, with the Austria international doing well to deny home forward Kai Havertz from close range after he had had latched onto a clever long ball over the top. 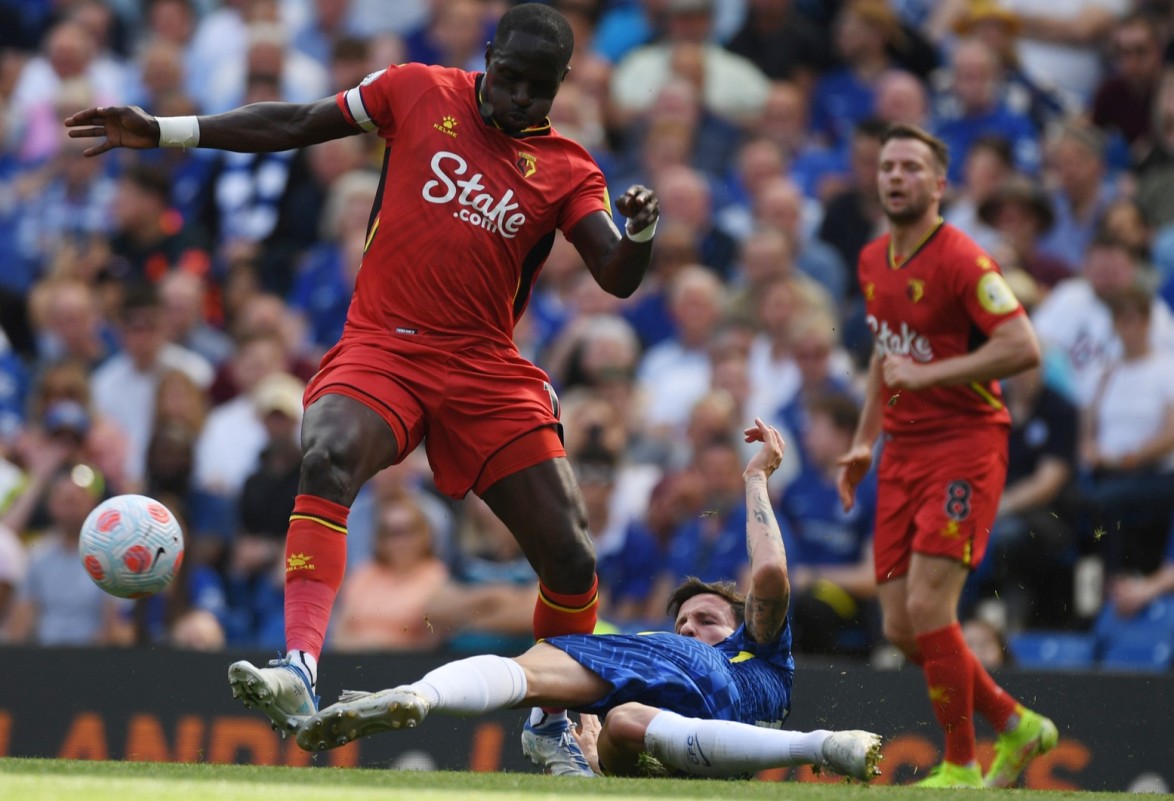 Hassane Kamara was then alert to clear the ball from danger deep in Watford territory as the Hornets did their best to weather the early storm, before Saúl saw a long-range effort deflect off another Chelsea player for a goal-kick.

But it wasn’t long before the Blues made their pressure count, with Kenedy – who had looked lively in the game’s opening stages – delivering a sumptuous ball from the left that Havertz tapped in to make it 1-0.

Saúl had another go at goal in the 15th minute but couldn’t find the target, and Mason Mount then tried his luck but could only guide his back-post header wide of the mark. 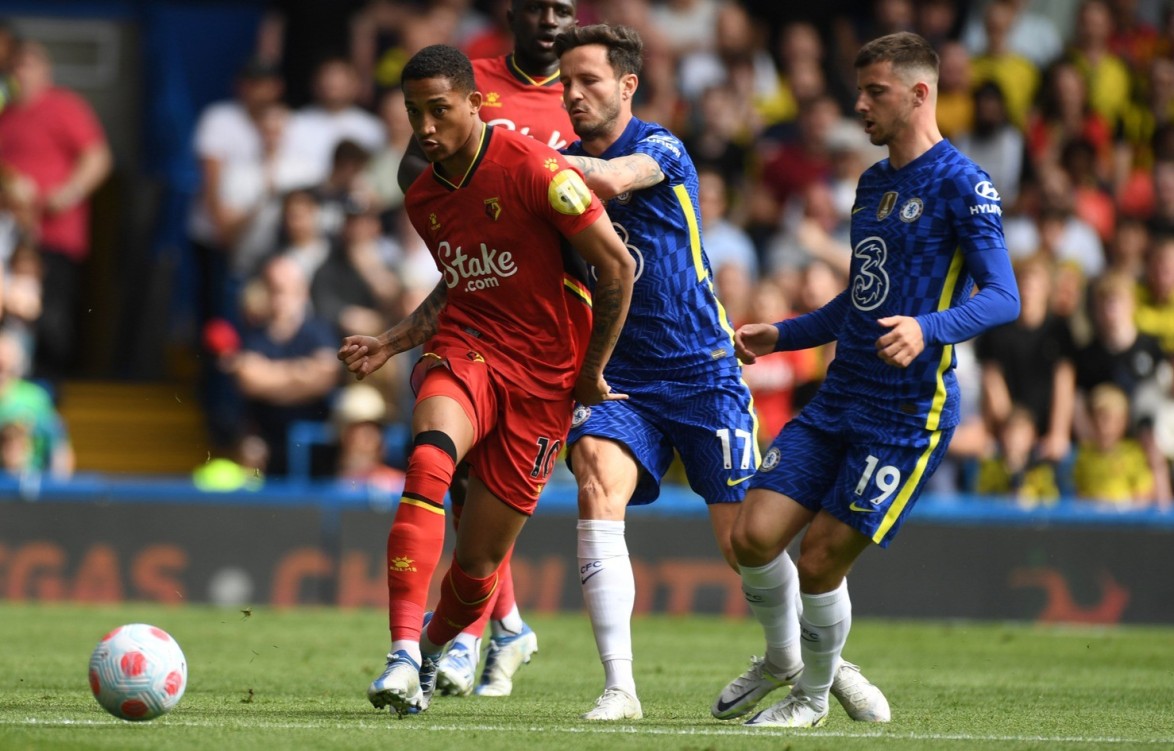 The Golden Boys enjoyed a spell of possession around the midway point of the first period and some good play from João Pedro opened up space for Edo Kayembe to fire at goal, though his attempt fizzed past Édouard Mendy’s left post.

Senegal stopper Mendy was then forced into a smart stop at his near post after Femenía collected a loose ball and fired goalwards, but back at the other end Tom Cleverley and Christian Kabasele each contributed vital last-ditch blocks to snuff out successive Chelsea attacks.

The hosts had the last say of the first 45, with Havertz powering an attempt against the upright, before referee Mike Dean – overseeing the final top-flight clash of his career – blew his whistle to signal half-time.

Watford burst out of the blocks at the restart and João Pedro twisted and turned his way past a string of Chelsea defenders only to see Mendy palm away his well-hit effort from the penalty spot. 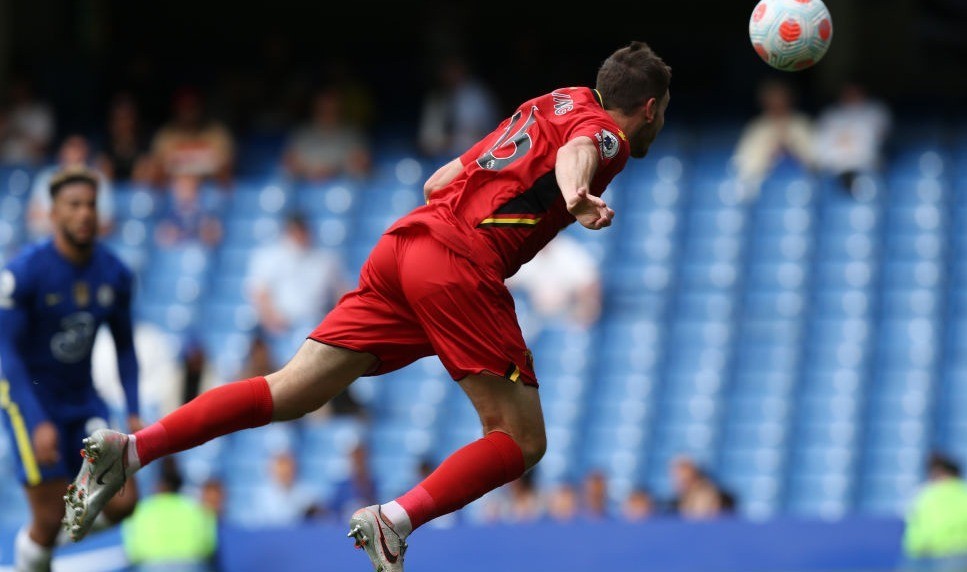 Sema couldn’t beat the wall with a free-kick on the 50-minute mark after the Swede has been fouled on the corner of the home area, and then a mis-cued César Azpilicueta back pass almost gifted Watford a goal but Thiago Silva arrived in the nick of time to clear.

Cleverley prevented Chelsea from doubling their lead with another perfectly-timed block in the 69th minute, before Cucho Hernández made a welcome return to match action from the bench moments later.

As the clock ticked towards full-time the Watford backline stood firm to deny Havertz doubling his tally, before the Hornets went on the attack and levelled through substitute Gosling’s composed back-post header.

But Chelsea weren’t to be denied the three points and Barkley matched Gosling’s efforts at the death, with the England international netting to ensure that Watford’s final outing of the season ended in defeat.