A close and competitive encounter between Watford and Burnley ended 0-0 at Turf Moor, in manager Roy Hodgson’s first game in charge.

The wet and windy conditions set a frantic tone for the game. After a spell of half-chances in both teams’ attacking thirds, the Hornets settled into a 4-4-2 structure, with Joshua King and João Pedro spearheading the attack.

After 11 minutes new Burnley signing Wout Weghorst linked up effectively with Ivorian Maxwel Cornet, with the latter forcing a first save for the returning Ben Foster. Watford followed that up with a promising opportunity of their own when King found his strike partner, but the Brazilian João Pedro was unable to test Nick Pope before James Tarkowski made an important intervention. 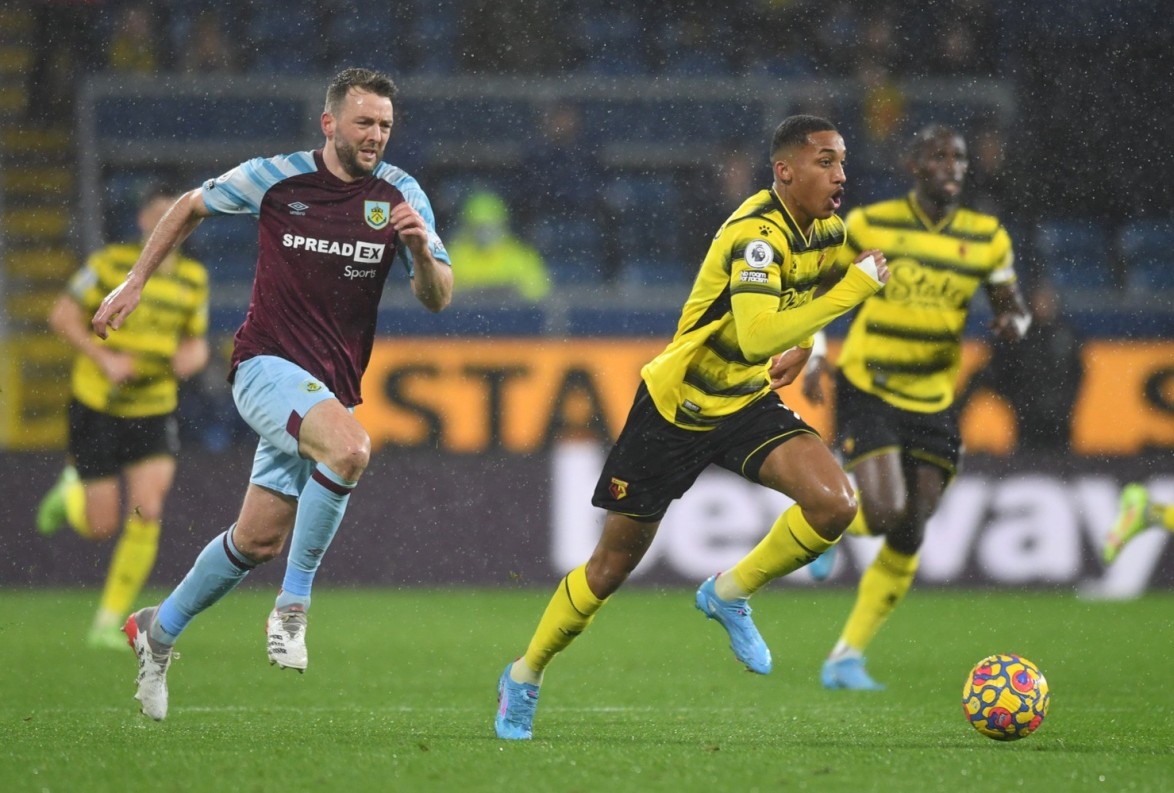 Both teams stepped up the tempo just before the half-hour mark. Juraj Kucka played a dangerous low cross in towards King but the forward couldn't connect, and then Ken Sema’s follow-up was diverted clear by the Burnley backline. Craig Cathcart was also called into action in his own box, denying Weghorst a chance with a header.

Hassane Kamara performed solidly at left-back and displayed his attacking qualities too when his excellent through-ball found King, who forced Nick Pope to make a save. The resultant corner sparked a goalmouth scramble but no yellow shirts were able to turn the ball into the net, with Burnley's Ben Mee coming closest to scoring an own goal. 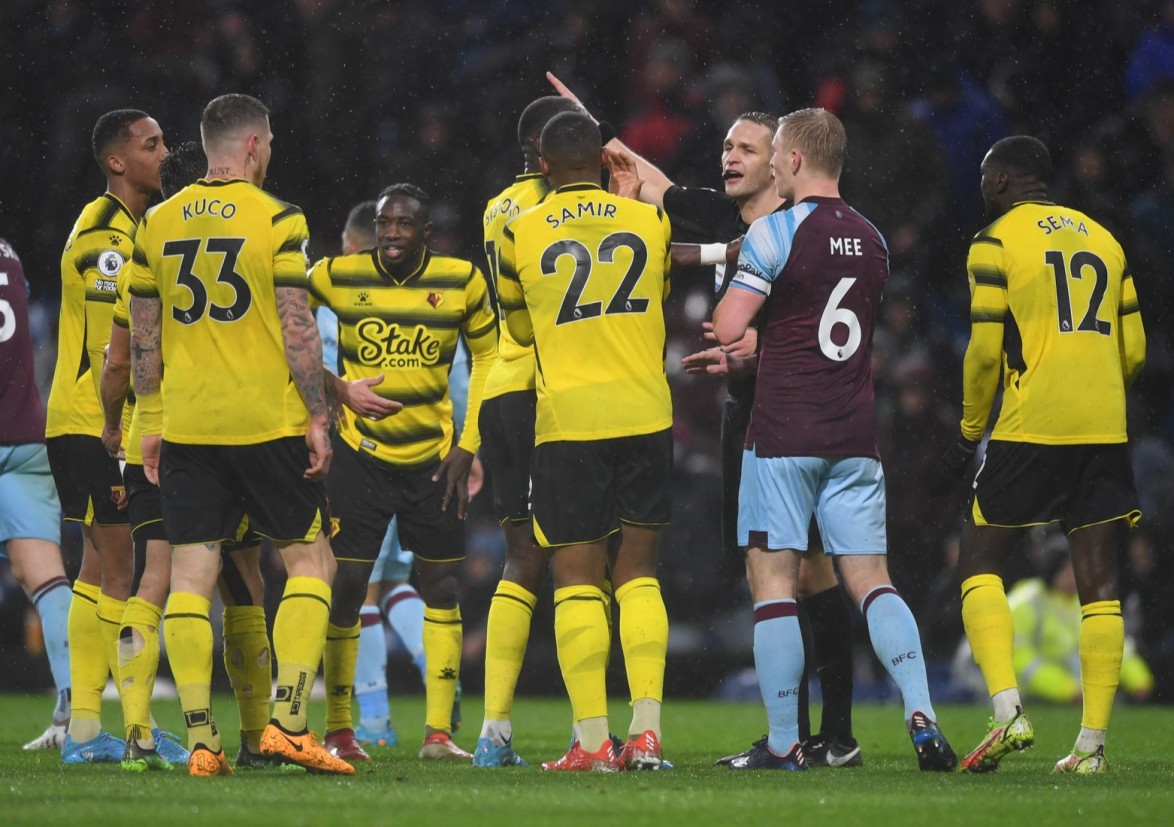 The first 45 ended in dramatic fashion, as the Watford players felt aggrieved not to have won a penalty. Sema’s attempted pass to João Pedro in the area was blocked by Connor Roberts' outstretched arm, but both referee Craig Pawson and the VAR denied the visitors a spot-kick.

An explosive start to the second half then almost saw Burnley take the lead. Weghorst found himself in front of goal and shaped to shoot before Kamara brilliantly intervened, with the deflected effort falling onto Foster's crossbar.

Just before the hour mark the Hornets came close to breaking the deadlock again when Kucka’s pinpoint delivery found João Pedro, but Pope was able to save and claim his powerful header. 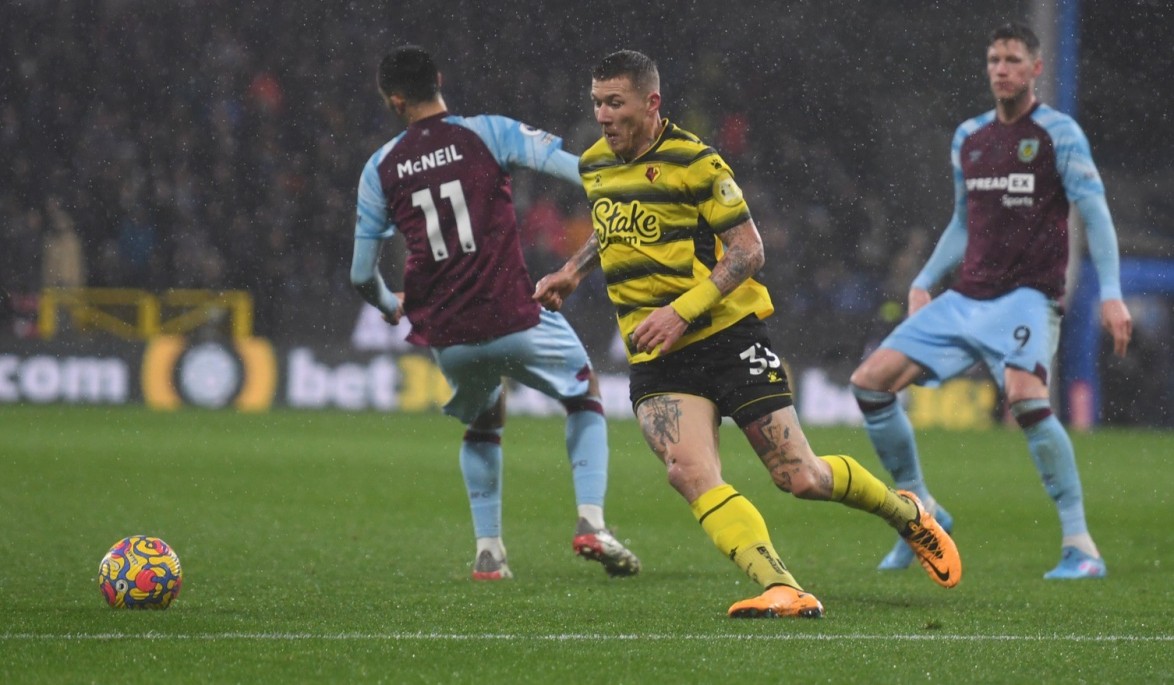 Watford continued their attacking play but were nearly caught on the counter-attack from a corner when Burnley’s forwards surged into the defensive third on two occasions. The first opportunity was blazed over by Weghorst, while Cornet provoked a strong save from Foster for the second.

Jay Rodriguez’s introduction from the bench ignited the hosts’ belief going into the latter stages and put the Golden Boys on the back foot. Cucho Hernández then had a similar effect for the Hornets when he entered the fray, his surge forwards providing a chance for Tom Cleverley to fire a shot at goal, which Pope saved at full stretch.

Despite chances for both teams, the game ended goalless in Lancashire. Hodgson's Hornets claimed a first Premier League clean sheet of the campaign in the his first game in charge, and they will look to build on the result on Tuesday night when they visit West Ham United.