It wasn't a classic and the fans were certainly not missing much by being absent from this one, but the Hornets kept the points tally ticking along this evening to ensure they are still bang in the mix for when, fingers crossed, they can return in some shape of form next month.

A first clean sheet in eight games and extending a nice little run to one defeat in eight were the big takeaways from this one that will not be featuring very high, if at all, on the end-of-season highlights reel. A point at a side who started and finished the night in third place is not to be sniffed at, particularly in a division that can resemble a game of snakes and ladders at times.

Watford could have won it with a header from Craig Cathcart in the first half or a well-hit one in the second half from Domingos Quina that Daniel Bentley saved superbly. They could also have lost it via a couple of chances in quick succession engineered by Antoine Semenyo, while a corner into the box late on forced Ben Foster into emergency action, so a draw was just about a fair result. 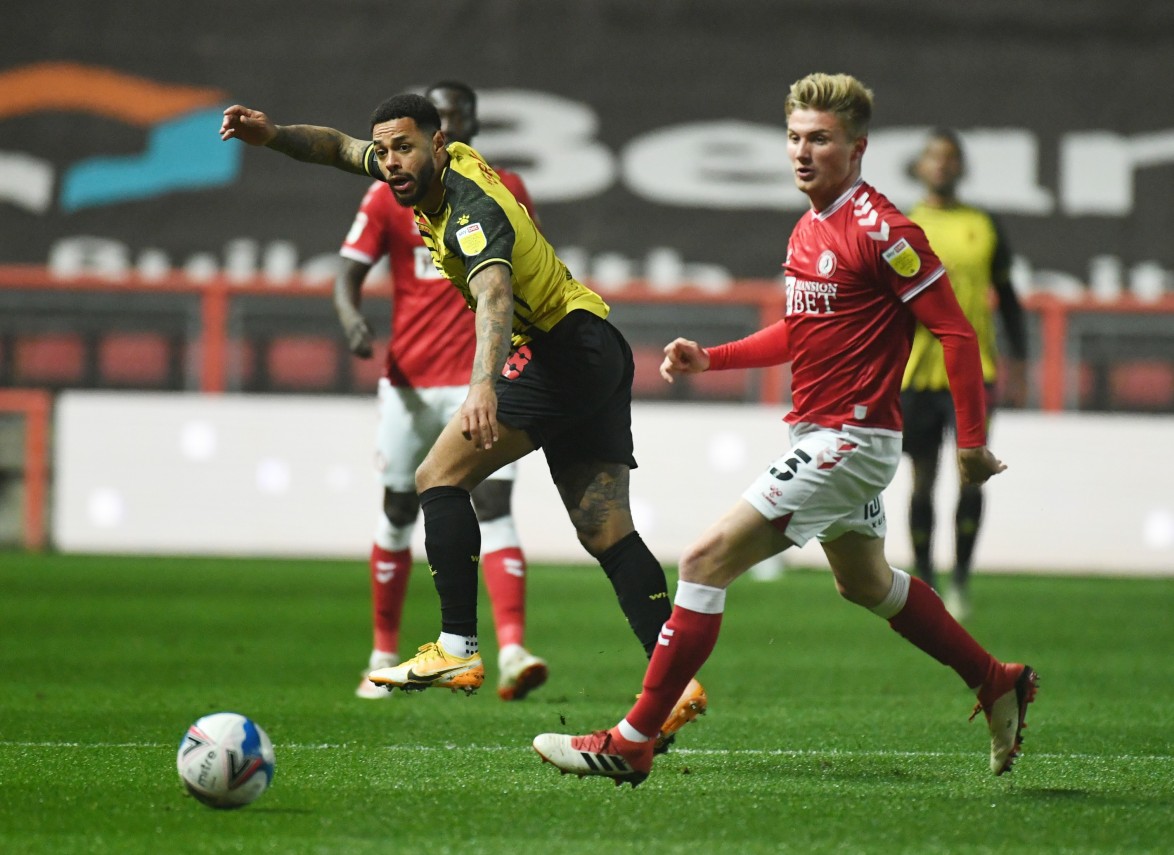 The evening also provided a good first test run of the four-at-the-back formation. It seemed to work well, with the Hornets enjoying plenty of the ball and controlling large parts of the game. It shows they have tactical flexibility, are agile and they should, all things being equal, only get more cohesive and fluent as the games and weeks race by. They've still not been anywhere near their best and are within three points of the second automatic spot. Vladimir Ivić could certainly not be accused of not going for it, with Troy Deeney, Stipe Perica and Ismaīla Sarr all in the front line by the end.

Ivić will have been pleased that the first half was more controlled than the free-wheeling first 45 at QPR on Saturday. With one less man at the back and more in midfield to help ball retention, the Hornets enjoyed as much of the ball as they had done in a game all season. They had 88 per cent of it after 10 minutes and that only dropped to 66 per cent at half-time, enabling them to dictate the play with 262 passes to the home side's 136 and play it at their pace. 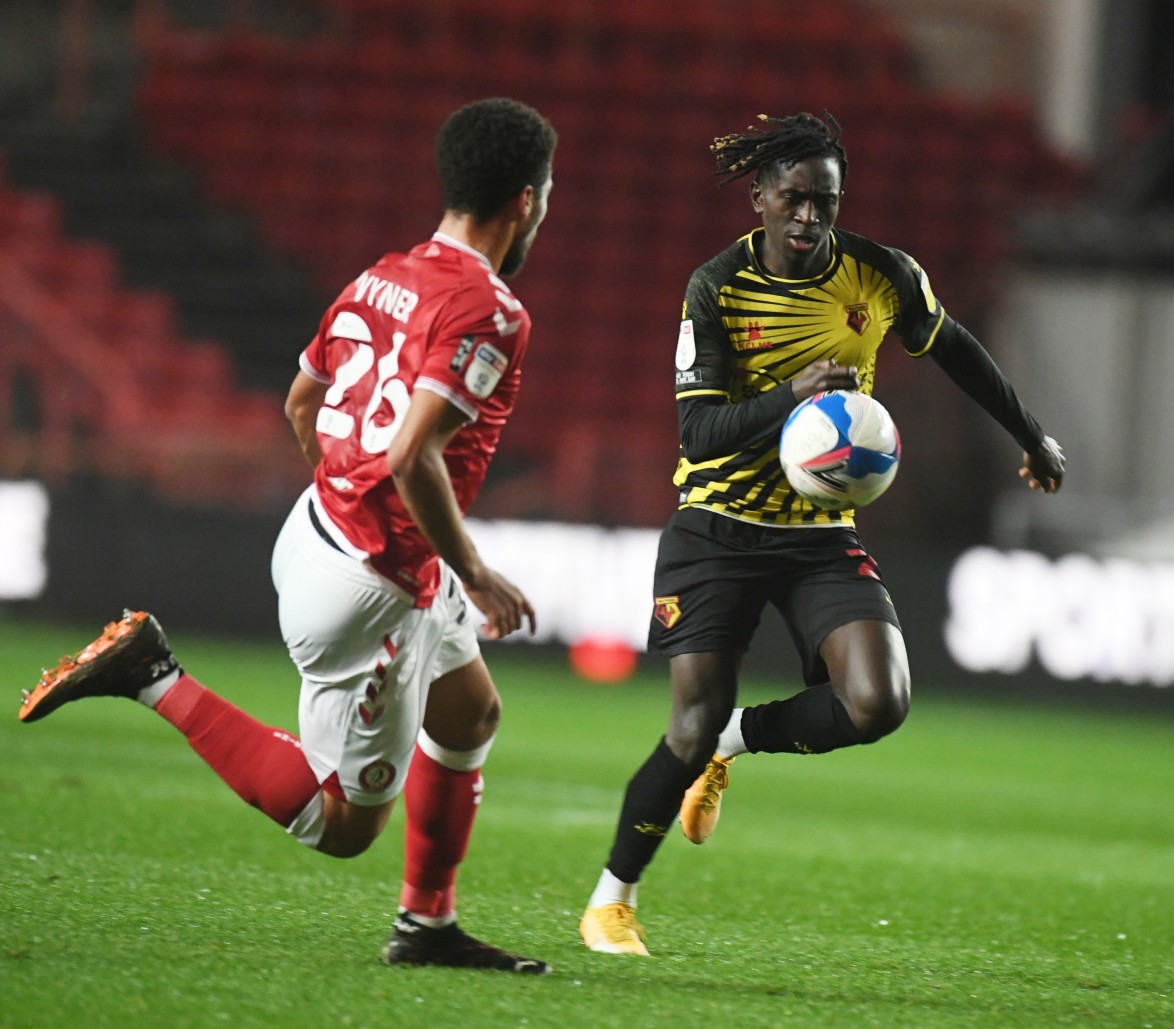 They didn't do a great deal with it, generating five shots on goal without any on target, but the intent was there. James Garner was at the heart of most of what they did well. He fizzed one into Andre Gray that led to a snapshot for Sarr, and sent over four corners of varying danger. He also bent over a free-kick that Cathcart got on the end of with a header. The captain nodded it just wide, but the fact he slammed the post in frustration told you he felt he may have done better.

Quina vowed pre-match to play without any fear and he backed that up, turning and letting fly with one that moved all over the place and landed just wide, and almost putting Gray in with a slide-rule pass. Gray was also a whisker away from playing in João Pedro with a perceptive pass. 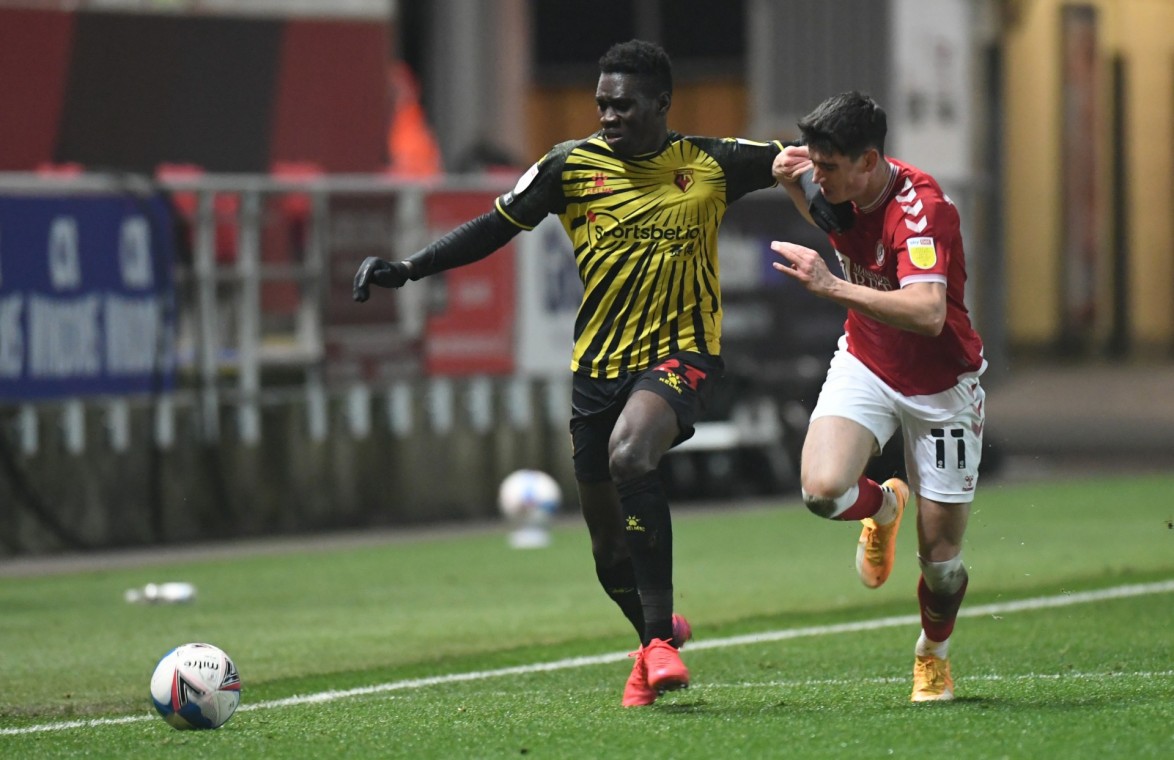 Foster did not have a single save to make in the first period, his main job largely to keep warm on a night he would call "fresh". He still hadn't been called into action by the hour mark, but would have been mighty relieved when Semenyo, after fine work down the left, fizzed one through the legs of Famara Diédhiou instead of straight into his path as the striker was four yards out and poised to score the easiest goal of his career. The lively Semenyo was posing City's biggest threat and he nearly steered one into the far corner soon after.

The momentum was slowly shifting the home side's way so Ivić responded by sending for Deeney, who has a track record of changing the course of a game, often through the sheer force of his personality. It was probably no coincidence that his presence resulted in the first shot on target in the game, Quina letting fly with one that dropped his way just inside the box. Bentley did superbly to tip it over and it was really travelling and would have rattled the back of the net.

Foster responded with some agility of his own right at the end to preserve a point. Anything less wouldn't have been fair. Neither would anything more.