The Hornets succumbed to a late winner from the penalty spot as Brentford came from behind at the Brentford Community Stadium, with Emmanuel Dennis on the scoresheet for the Golden Boys under the floodlights.

In-form Dennis opened the scoring, heading the ball into the Brentford net after Tom Cleverley delivered an exquisite corner to locate the Nigerian in the box.

After the break, the Golden Boys were never far away from a well-worked opportunity, but they were unable to convert the chances. Brentford kept calling however and would eventually break Watford’s sturdy resilience as Pontus Jansson ran in at the far post to nod in an equaliser.

Brentford would go on to get a winner deep into stoppage time with Bryan Mbeumo scoring from the spot, which was enough to secure all three points for the home side. 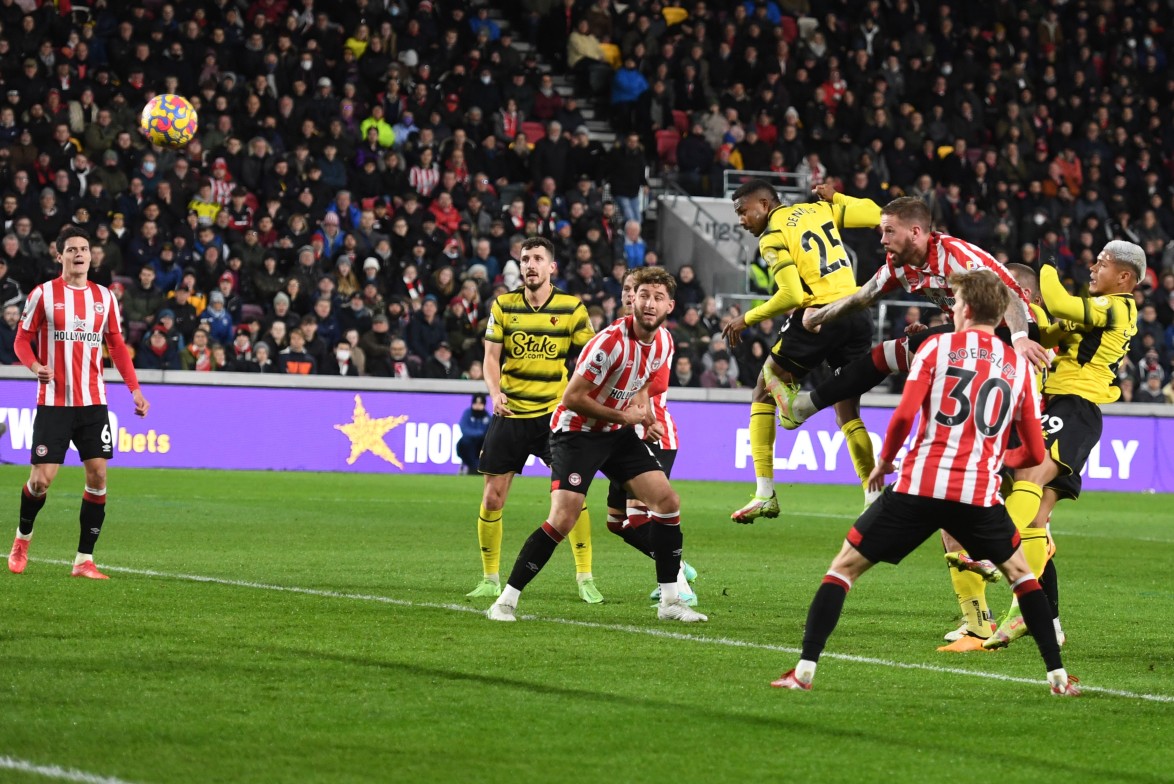 The first chance of the game dropped well for Shandon Baptiste, who quickly fired a shot at Daniel Bachmann, but the Austrian was on his toes and able to tip the ball over the bar.

Baptiste would continue to ask questions of the Watford defence, but the Grenadian’s through-ball to Mbeumo was marshalled out of a dangerous area well by Craig Cathcart.

With the opening stages offering no hints to the final outcome of the game, it was left to Bachmann to be ready when called upon. 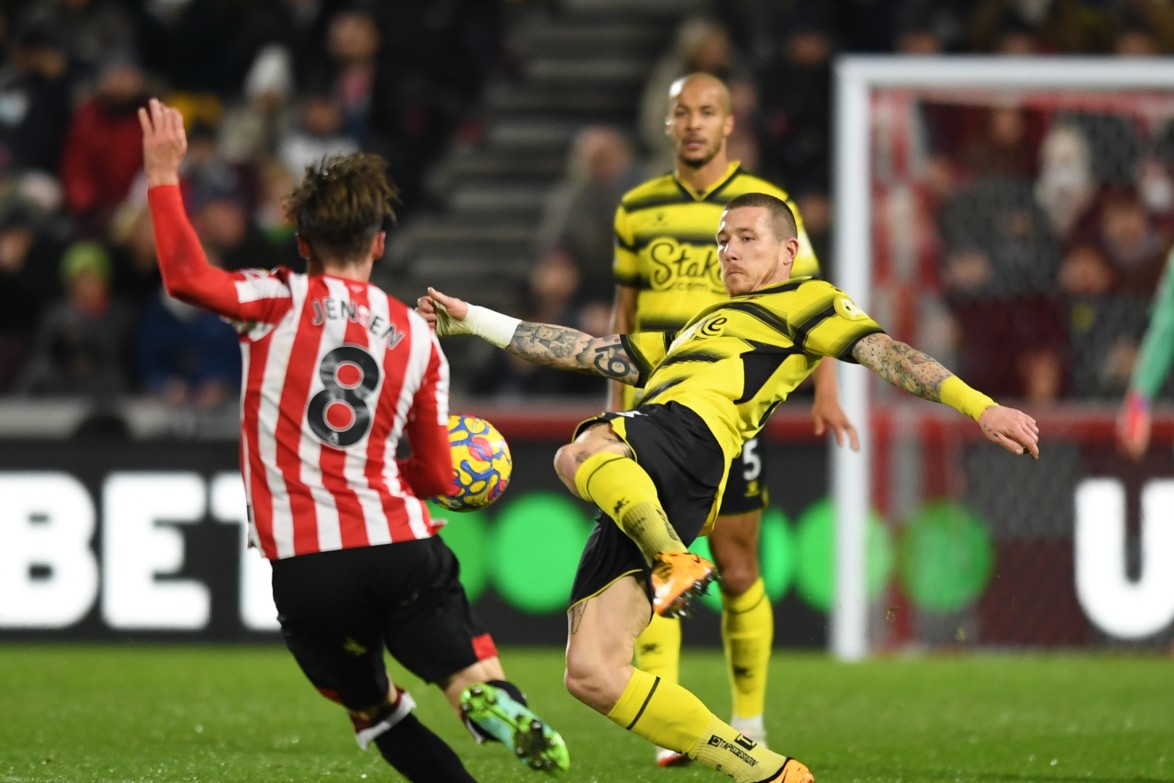 The shot-stopper was certainly on his marks when he produced a fantastic one-handed stop to deny Mbeumo, parrying the ball behind for a corner.

The Hornets replied, coming closer than any team so far with Joshua King hitting the post. It was William Troost-Ekong who won the ball on the halfway line, finding Hernández who would play in the Norwegian striker before the ball was put behind for a corner.

That would be the move where the opener would originate from with Cleverley producing a pin-point corner delivery to find Dennis, who nodded the ball past Álvaro Fernández, sending the travelling Watford fans into ecstasy.

Following the goal, the game fell into a repetitive lull with both sides continuing to figure each other out, whilst the home side controlled the possession. 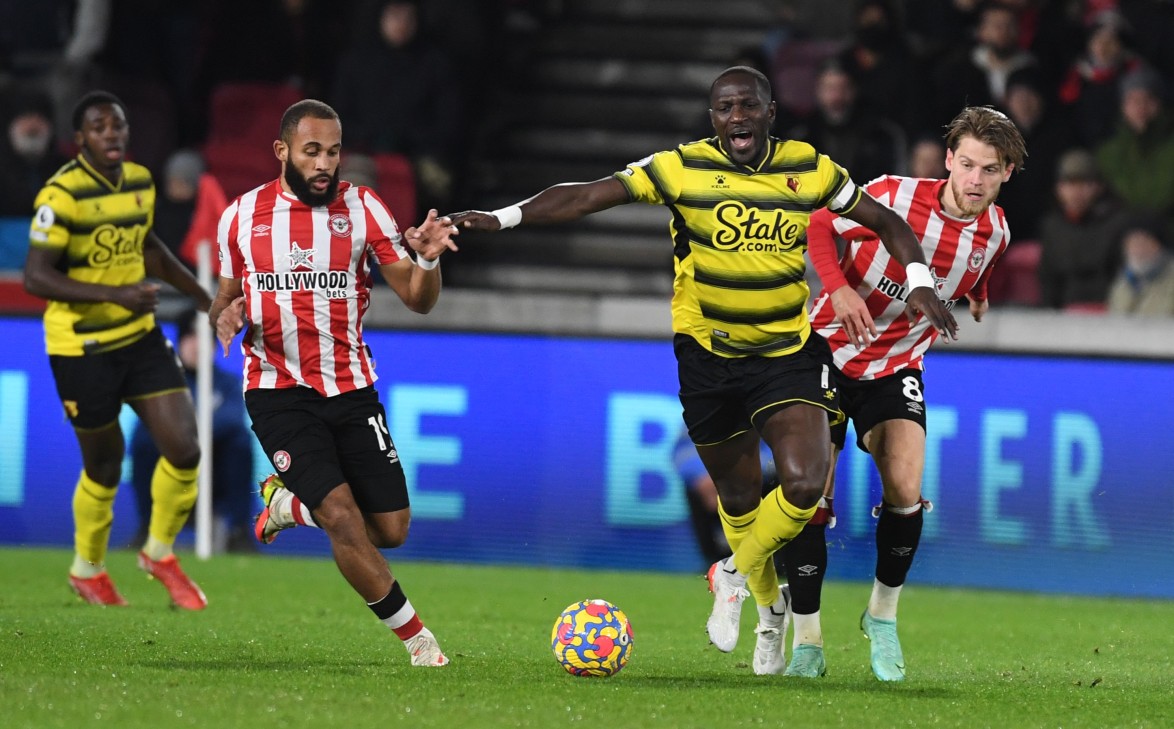 Another set-piece routine, this time down the opposite end, nearly found Brentford’s equaliser as Charlie Goode headed narrowly over the bar. Despite the former Watford academy defender’s nod, the ball failed to trouble Bachmann who was set to prevent an equaliser.

The scoreline remained unchanged with the Golden Boys heading into the break with a deserved lead.

It was a tentative restart with neither side able to create a clear opening. It led to the introduction of João Pedro, replacing Cleverley, as Hornets Head Coach Ranieri tried to mix it up.

It meant that Watford would have to remain diligent in their defensive play. Kiko Femenía embodied this philosophy producing a fantastic piece of defending to throw himself in front of Rico Henry’s shot that certainly would have challenged Bachmann. 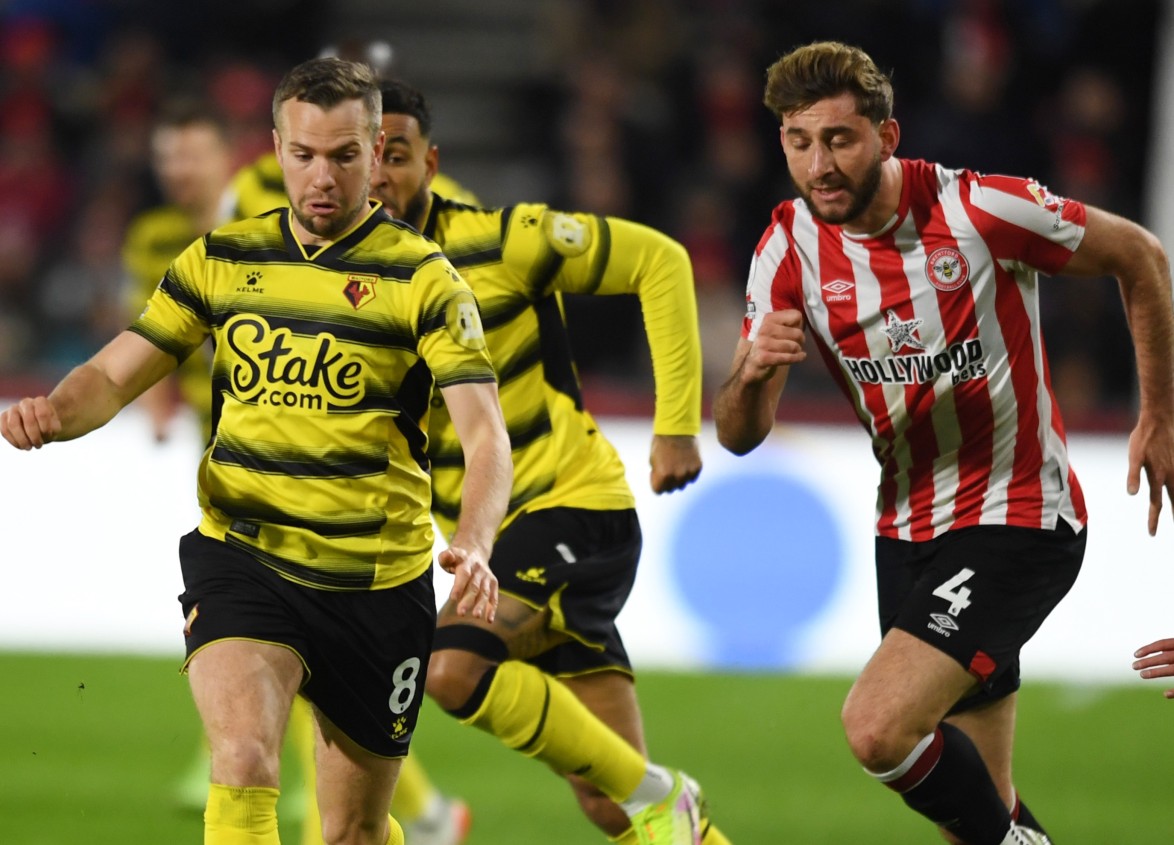 The Hornets did have their opportunities as well, with King hitting a shot at Fernández after some neat work from Dennis to create a chance on the counter.

Into the final ten minutes, Brentford kept testing and eventually found the net as their captain Jansson arrived at the back post to head in a cross. Despite a VAR check for offside, the goal stood.

Deep into added time, Troost-Ekong brought down Saman Ghoddos and the referee Michael Oliver pointed to the spot. Mbeumo sent Bachmann the wrong way and secured three points for the Bees with the Hornets' focus turning to Burnley on Wednesday (December 15).