Football can be a curious game sometimes. So much can change in such a short space of time.

When these two sides met in December, it felt like we were edging close towards getting more fans back (2,000 were at Vicarage Road that night) and that the return fixture at the Brentford Community Stadium might help decide the play-off places. Watford were third at the end of that chilly Tuesday night and the Bees were sixth.

Sadly, that fixture proved to be the high point for fans in attendance this season and we never saw a paying punter again. You wouldn't have guessed that – and you certainly wouldn't have believed by May that this one would be a dead rubber, with the Hornets home and hosed and Brentford, assured of third, facing another crack at navigating the play-offs and someone called Pochettino would be involved. It's an even more remarkable change in team fortunes when you consider the Hornets were nine points adrift of the Bees on February 12, highlighting the fine job Xisco Muñoz has done. 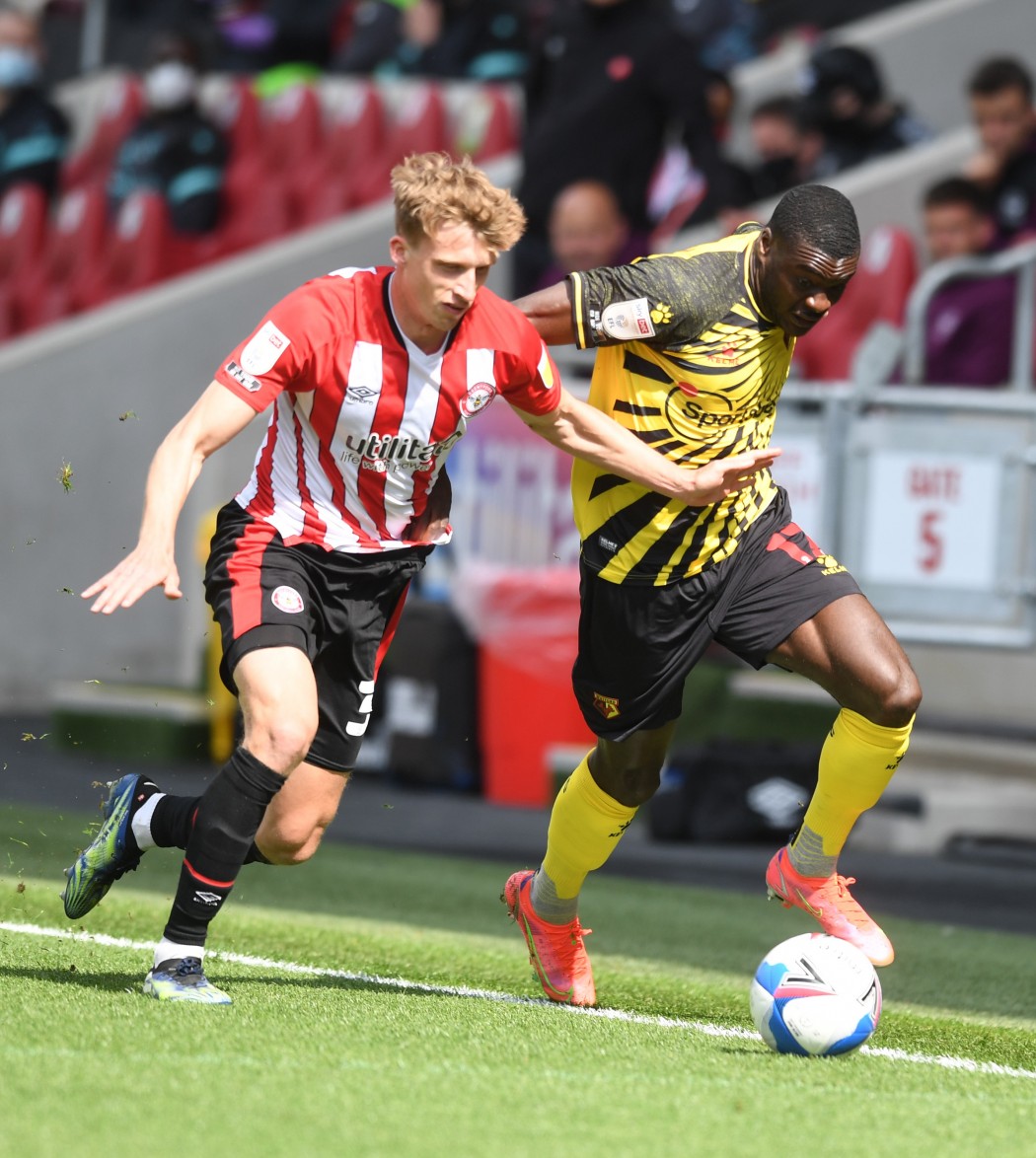 Events on the club's first visit to this new stadium in West London therefore had a bit of a relaxed feel about them, a cross between a testimonial and a pre-season friendly. Brentford had more to play for than the Hornets because they need to keep themselves ticking over and in-form ahead of the play-offs, and so they won it, deservedly so with second-half goals from Marcus Forss and Ivan Toney. They are the best team the Golden Boys have played this season and whatever happens, they can say they took four points off the second promoted team.

Fielding just three players who started the corresponding fixture at Vicarage Road, and one of those, Tom Cleverley, went off here before the half-hour mark, the Hornets earned the right to be below the level they had set in racking up 13 wins in 16 games. Although no-one likes losing, particularly to a team the club hadn't experienced defeat to since 1977, just about everyone connected with this club would have accepted defeat here and automatic promotion as recently as the middle of February. 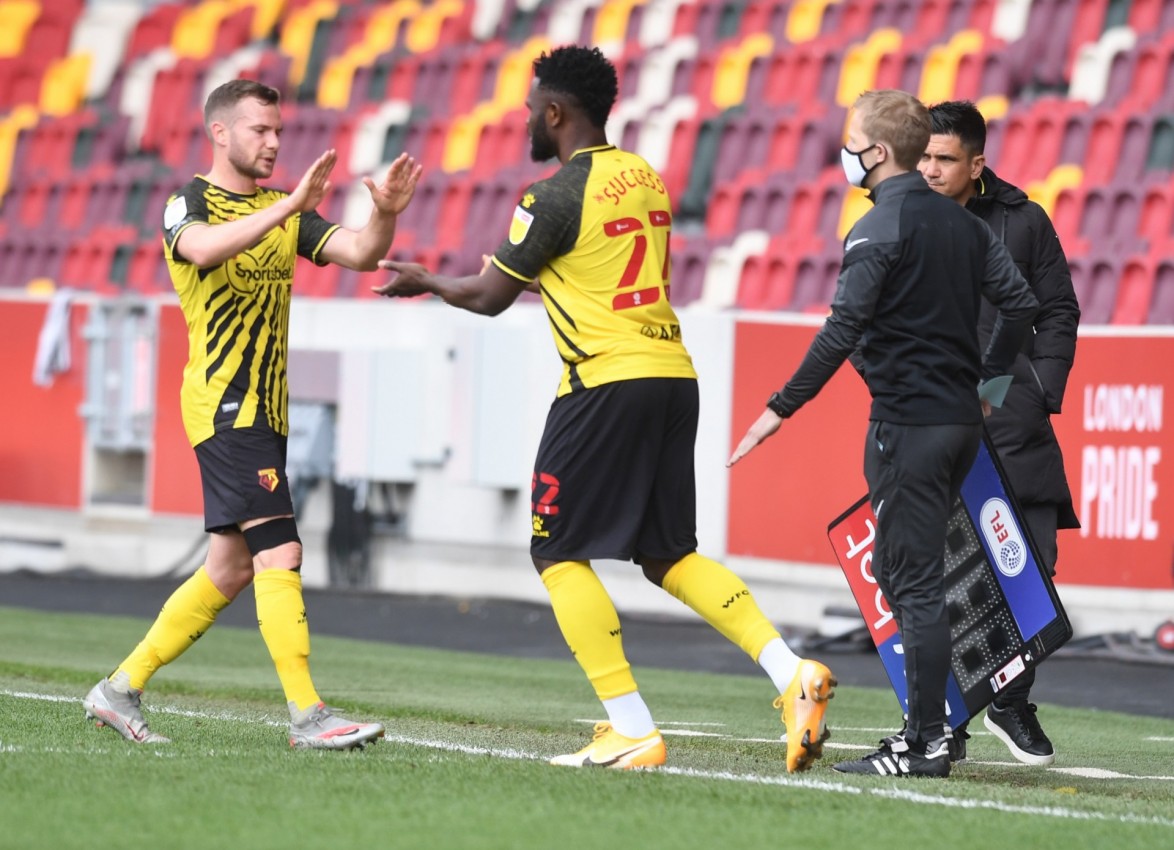 The shame was that the outright record for fewest goals conceded in a Championship game bit the dust, with the two they conceded meaning they are level with Preston's 2005/06 best when they shipped just 30. This lot also have one more opportunity, at home to Swansea next Saturday, to make sure they sit only second to Ken Furphy's 1968/69 heroes in terms of all-time club clean sheets. They are level with the class of 1996/97 on 22.

It was also going to be tricky to keep one here. The Bees had presentable chances through Christian Nørgaard, Forss and Toney, and had one in the net through Forss in the first half before pulling clear in the second period with two in the space of 14 minutes. Strangely, though, the Hornets should have taken the lead after 11 minutes when Dan Gosling had a shot from decent range saved by David Raya. It was a shame that didn't go in as Gosling was Watford's best player. 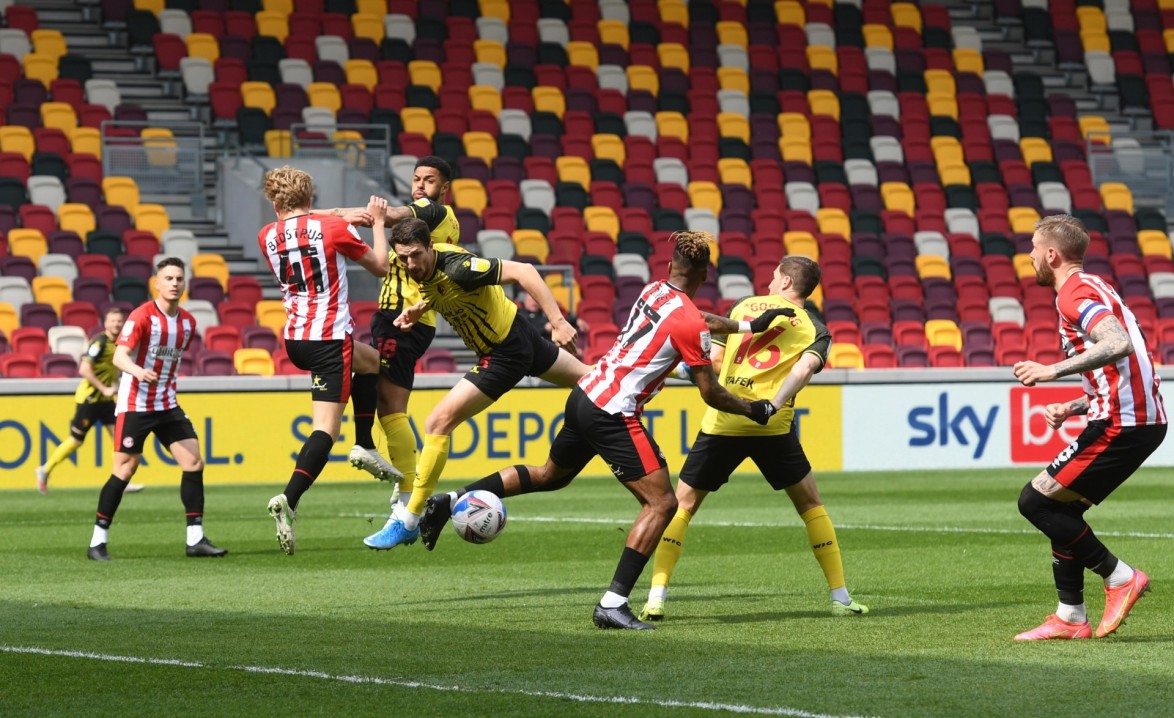 Even more of a shame was that Joseph Hungbo's first Championship start lasted just 24 minutes because of a hamstring injury. Cleverley, who had his right knee heavily strapped, will have been able to offer him some consoling words because he joined the young forward in the dressing room six minutes later.

Two subs were made inside half-an-hour and another three with five minutes to go as Muñoz, quite rightly, used the opportunity to use the depth of his squad. Stipe Perica came on for his first outing since Wycombe at home and the Hornets ended the match with a midfield three of Ben Wilmot, Philip Zinckernagel and Ken Sema. They did get better as the half wore on, with Perica rattling one into the side-netting, Craig Cathcart creating a really good opportunity for Andre Gray and Isaac Success hitting the bar. Sergi Canos also hit the crossbar after that for the Bees, but it was all over by then. 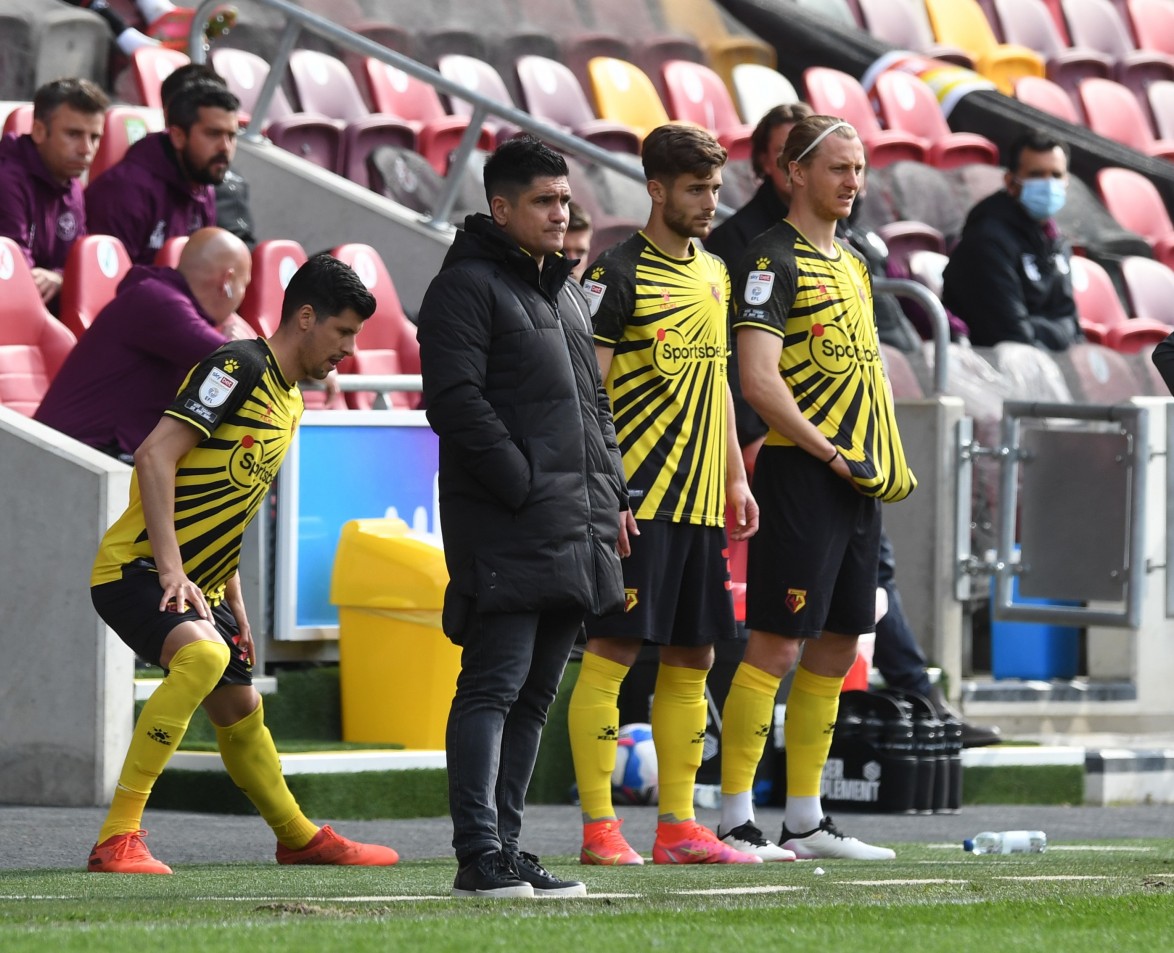 Thankfully, the automatic promotion spots had been wrapped up long before that, too. Celebration by Kool & The Gang blasted out of the public-address system at full-time. Indeed the club will, despite this reverse.