The Hornets' black third kit is, as Ben Foster would say, “a thing of beauty”, but it's not a particularly lucky strip right now. It's now played two, lost two and no goals scored after the team followed up the 1-0 defeat at Reading with a repeat at Oakwell.

The game was as Championship as it gets. It was cold, miserable, took place on a heavy pitch, wasn't pretty and came against the side who have spent more time in this division that anyone else: 76 seasons. Barnsley adapted by far the better, were more streetwise and deserved the victory on the back of the quality of the only goal of the game after six minutes.

Alex Mowatt crashed a beauty past Ben Foster that gave the England 'keeper absolutely no chance. Foster has been outstanding in two of the last three matches, but he didn't ever lay a glove on this left-foot howitzer from the Barnsley captain. 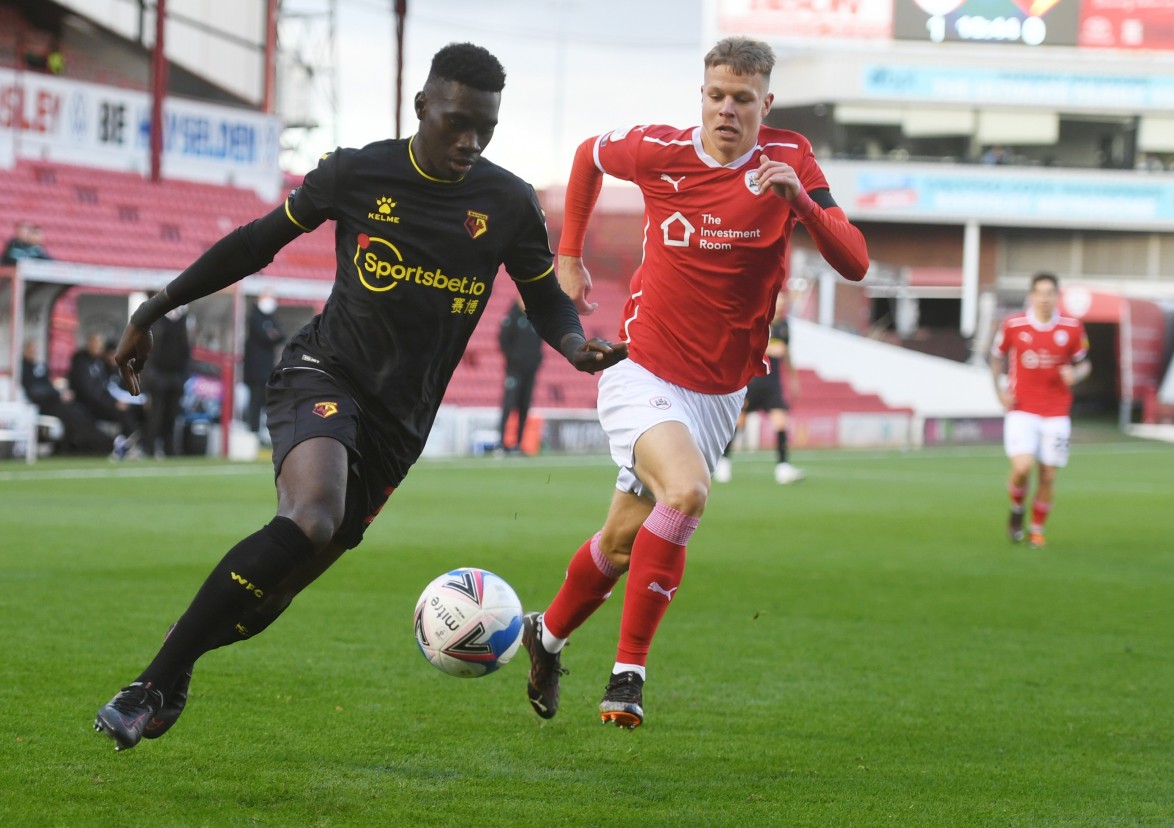 The Hornets played in spells thereafter and got slightly more fluent as the game went on, but the fact they didn't muster an attempt on target told its own story. There were cameo returns from Andre Gray and Will Hughes in the last quarter of the match and their contribution will only increase as they get fitter and stronger, but this was not a good afternoon.

The first half was a tough watch. The team couldn't find their passing range, particularly when trying to playing out from their own half, and Barnsley swarmed all over them.

They pounced on a loose pass from Ben Wilmot to Étienne Capoue after just six minutes and Alex Mowatt capitalised to devastating effect, rattling one in from 20 yards that gave a rooted Foster absolutely no chance. He could only escort it into the back of the next with a turn of his head. 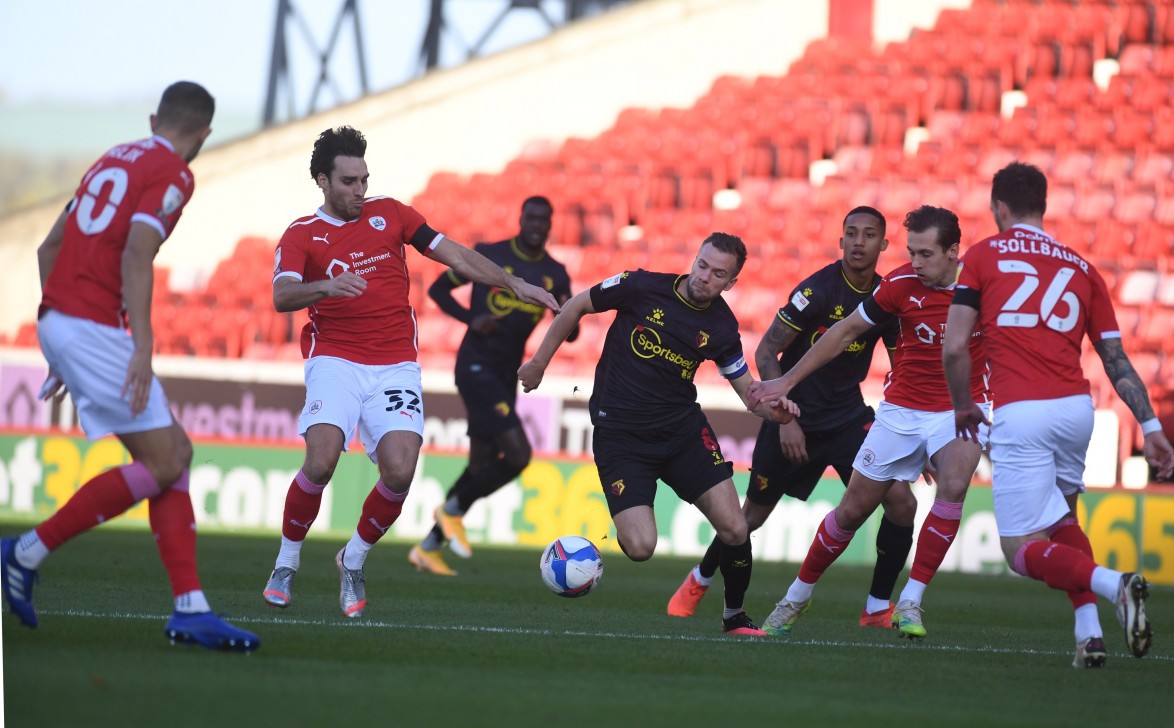 It was the validation Barnsley needed that they were on the right track under Head Coach Valérien Ismaël, that they could press the Hornets high and get some joy. The Hornets just couldn't navigate a way out of their own half and play cohesively through the thirds. The only real joy they did get came down the right. Ismaïla Sarr flashed one across the face for João Pedro like he did against Blackburn; Tom Cleverley almost put Sarr in with a quickly-taken free-kick and then Kiko Femenía, again down the right, drilled in another low cross.

There must have been a directive at half-time to go slightly more long or, at the very least, mix it up as, just before the hour, a raking pass from the heart of the defence from William Troost-Ekong picked out Sarr. He scorched passed his man, fizzed it across the goalmouth and there was Tom Cleverley. He went at it with his favoured right foot, instead of his slightly weaker left, and the shot skewed wide. The captain remained on his haunches for a few seconds, knowing what a chance it was. 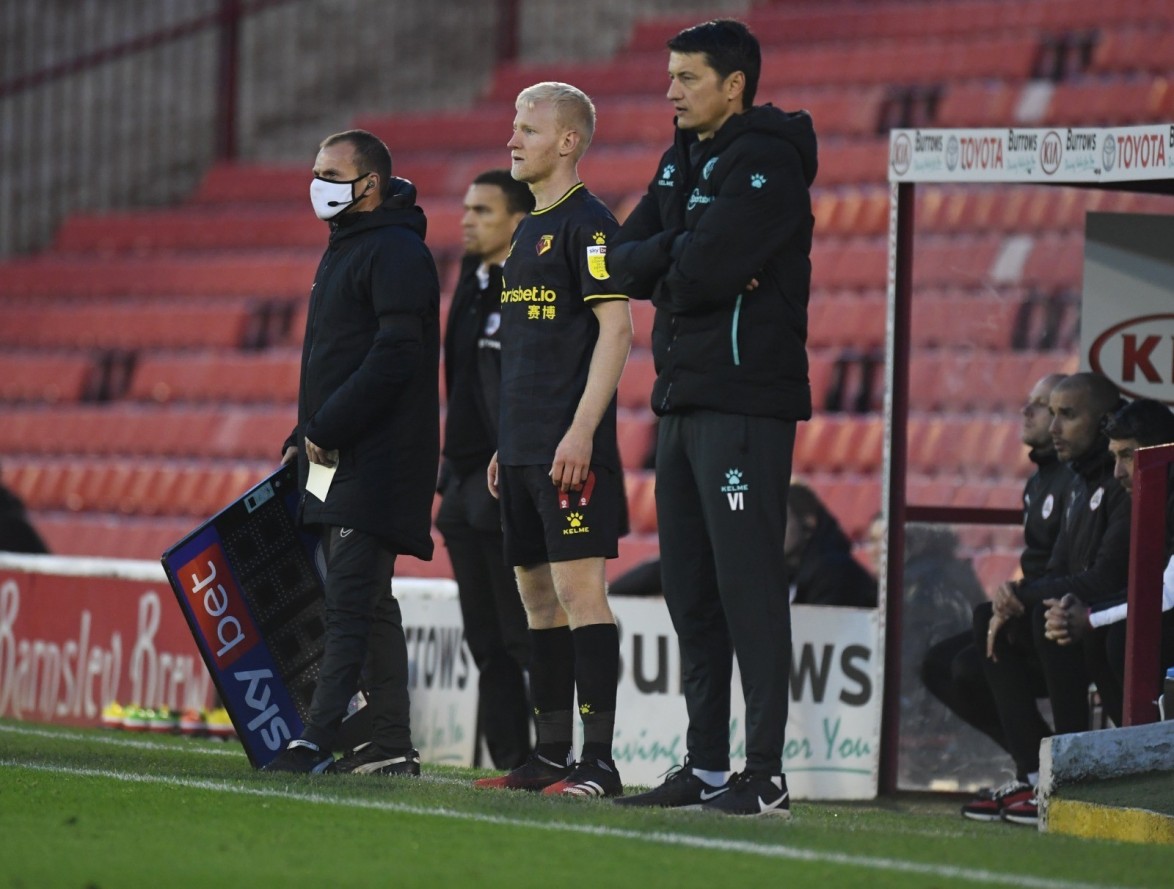 An even better chance fell Barnsley's way shortly after, substitute George Miller stabbing one wide of the far post with just Foster to beat. That chance, which would have killed the game had it been taken, prompted action from Ivić. He sent on James Garner for Nathaniel Chalobah and then Gray for William Troost-Ekong, while in between times Wilmot saw a downward header bounce just over the angle of post and bar from a Ken Sema corner. That was as close as the Hornets came.

Hughes marched on towards the end in a sight many will have cheered from home. More of the energy, drive and commitment he showed last season is needed in this chaotic spell before Christmas. Fully fit, he could be the spark that helps ignite this clearly talented team.