A late Emmanuel Dennis header was the difference as Watford produced a well-earned victory against Aston Villa at Villa Park.

The Hornets enjoyed a productive first half without notching a goal; the best chance falling to Dennis, who forced Emiliano Martínez to make a vital stop at his near post to deny the Nigerian the opener. Despite opportunities at both ends, neither side was able to convert their chances, with the game goalless at the interval.

After the break, Moussa Sissoko had a great opportunity to put the Hornets a goal up but, bearing down on goal, he could only find the side-netting.

With Watford continuing to pile the pressure on and entering the final stages of the match, Dennis scored the all-important winner, nodding Ismaïla Sarr’s centred pass back across goal to secure a vital three points on the road. 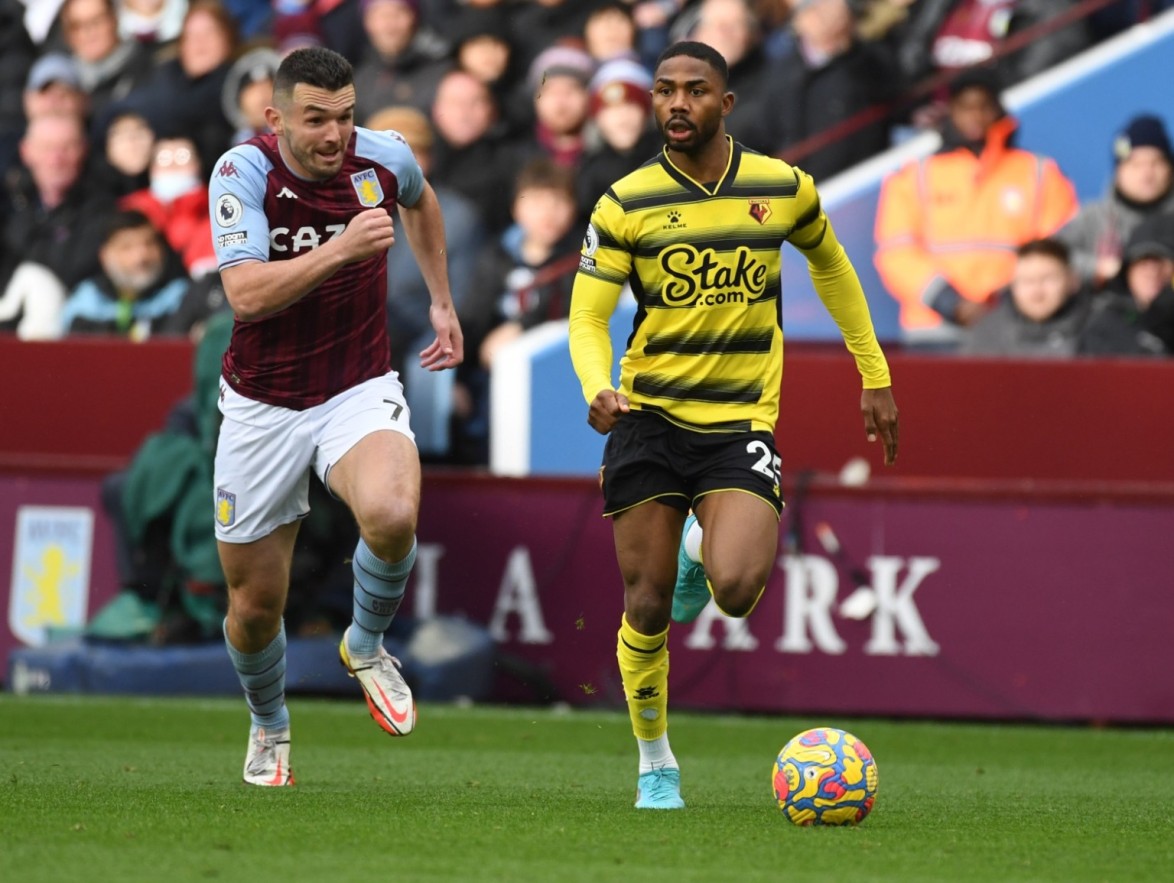 Watford manager Roy Hodgson made two changes from the team that featured against Brighton & Hove Albion last weekend, with Sarr and Imrân Louza returning to the starting line-up after time away at AFCON 2021.

With the Senegalese winger making his first start since the victory against Manchester United in November, all eyes were on Sarr and his potential impact in the Midlands.

The home side were quick out of the blocks, forcing Samir into an early challenge on Danny Ings. Although the Villa faithful were adamant a penalty should have been given, referee Robert Jones begged to differ and a VAR check confirmed the original decision.

The Hornets responded well to the initial Aston Villa pressure as Dennis nearly finished a free-flowing Watford move but for a one-handed diving save from Martínez.

The Nigerian was played in by Sarr, who had created the chance through some impressive quick skill, which allowed Watford’s top goalscorer time on the ball to jink and jive past the approaching defenders. 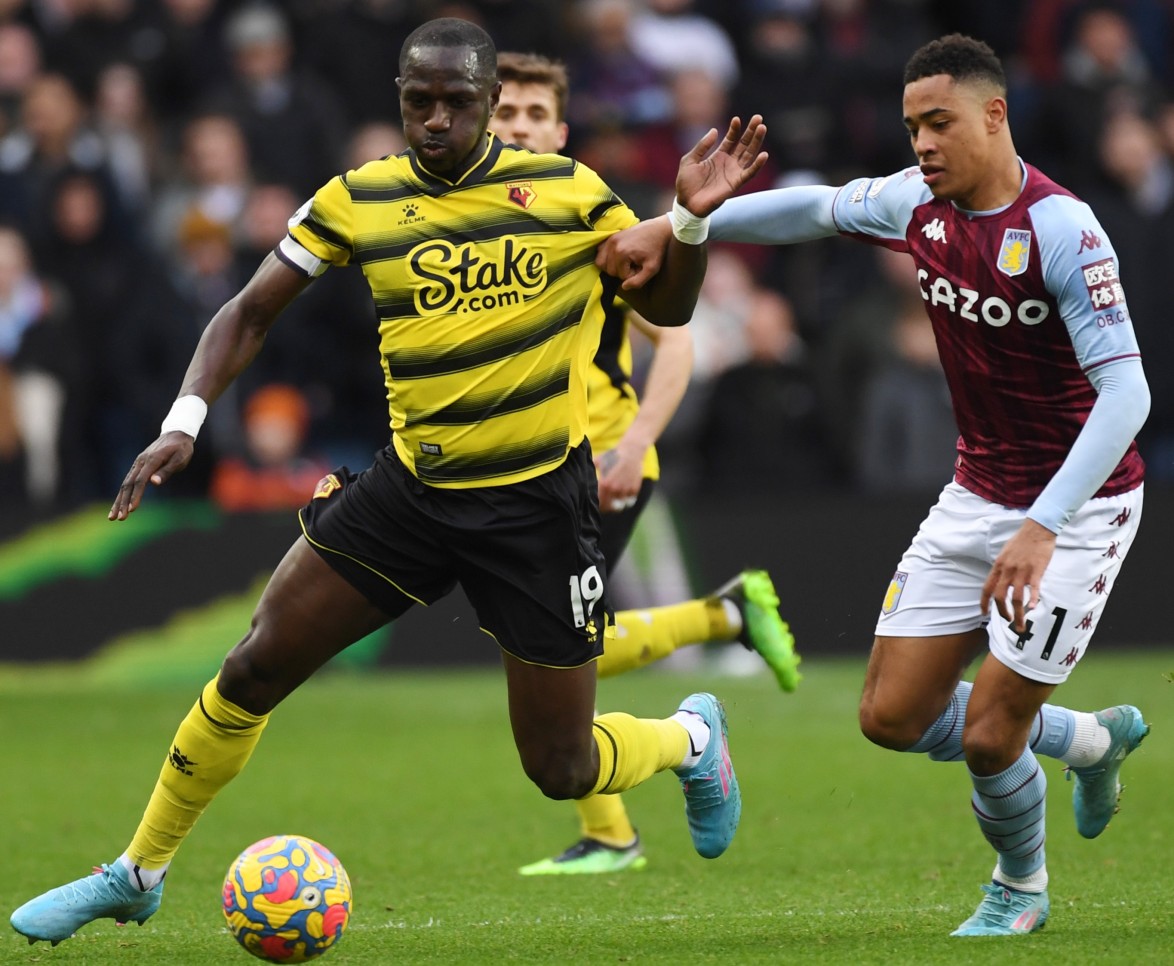 Watford remained diligent when defending the claret and blue attackers, with important interceptions from Kiko Femenía and Cathcart denying Villa the opportunity to take a shot at Ben Foster.

The Villa supporters were becoming restless as the Golden Boys continued to pose problems through the three-pronged attack of Dennis, Joshua King and Sarr – the trio linking up regularly and fluidly swapping positions.

Opposition striker Ings hit the post just after the 30-minute mark, but his chance was eventually ruled out for offside after Emiliano Buendía found the 29-year-old with an impressive, but illegitimate, through-ball in-between the Watford defenders.

The encounter, although entertaining, remained level going into the break with the Golden Boys content with their efforts. 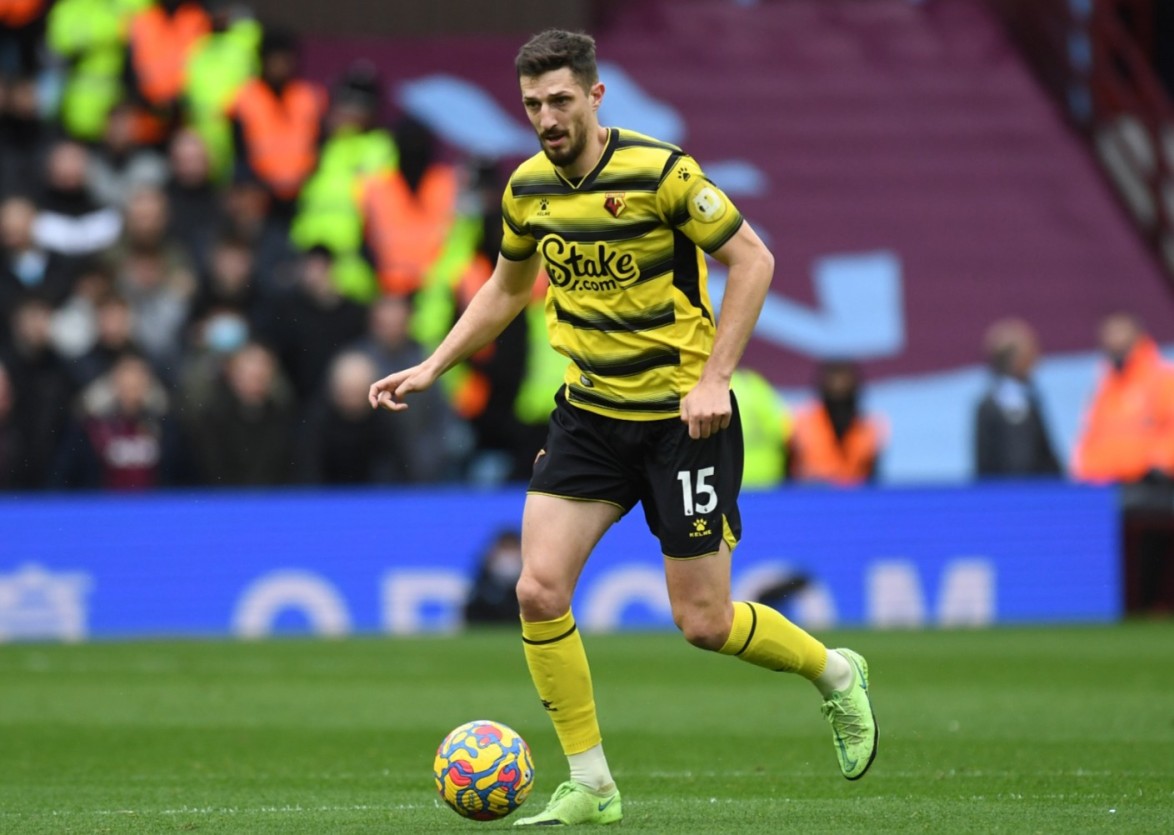 After the interval, Watford continued to soak up Villa’s attacks while pressing for the opener. That golden chance eventually came as, on the counterattack, King fed Moussa Sissoko and one-on-one with Martínez, the flying Frenchman hit the side-netting and threw his head back in anger.

Alongside the rest of the team, Tom Cleverley responded to the momentum switch, with the 32-year-old seemingly equipped with an endless reserve of energy as he made vital interceptions all over the pitch to disrupt Villa’s attack.

The Villans fought back, gained supremacy of the ball and tried their utmost to break down an astute Watford defence but they were met with tough resistance.

Villa’s talisman Philippe Coutinho was next to try his luck and fired his shot over the bar, striking just shy of the crossbar as it rolled over the roof of the net. 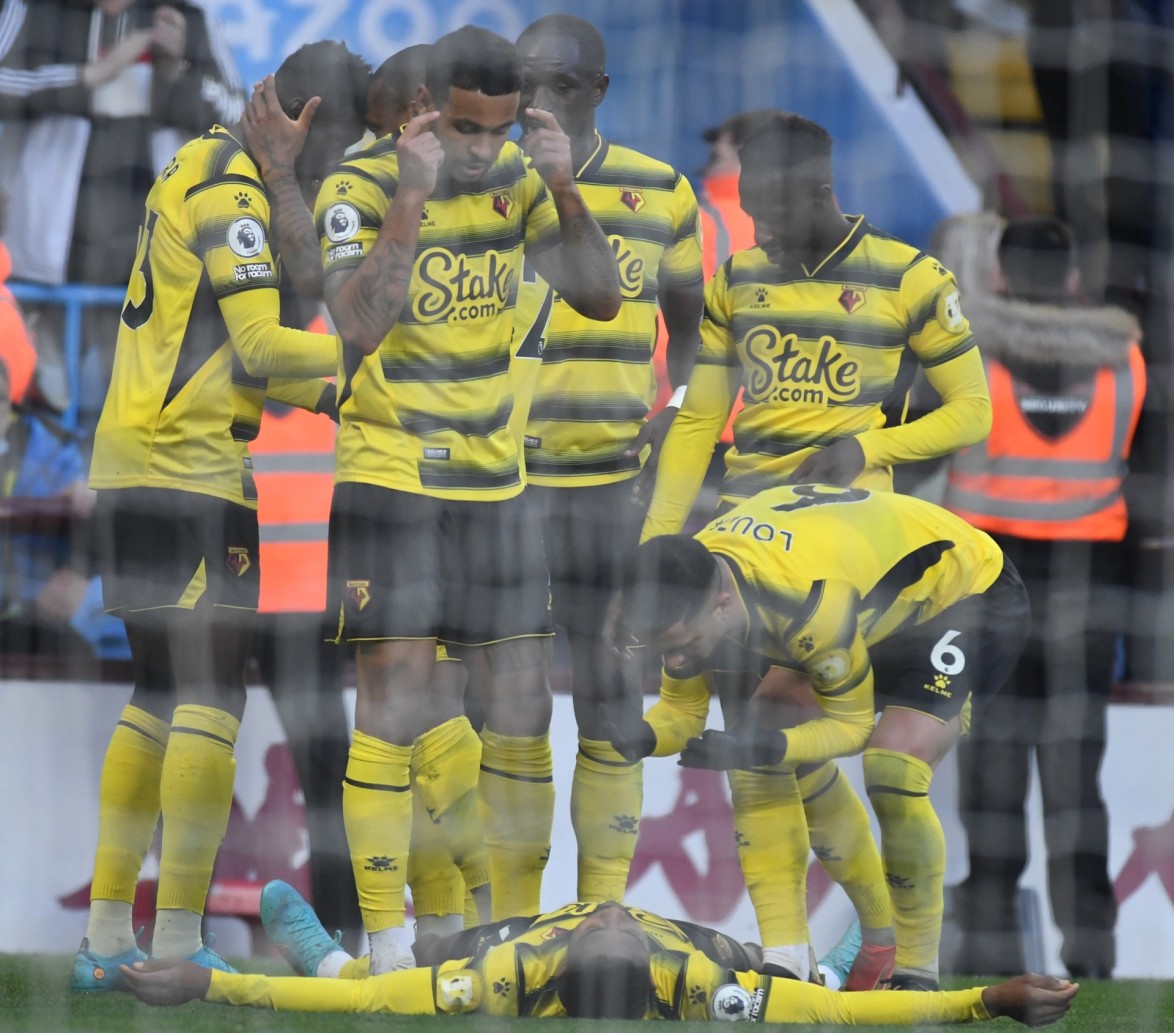 The Hornets remained persistent and produced their first goal under Hodgson courtesy of Dennis.

The strike originated from Sarr’s intelligent attacking play just inside the box, with the Senegalese forward remaining patient before delivering an inviting ball to Dennis, who beat Ashley Young and headed past the Aston Villa goalkeeper.

It didn’t stop there as moments later Cleverley fired a low driven shot down to Martínez’s right-hand side, with the Argentine producing a vital stop to deny Watford a second.

The Hornets remained a constant threat in the closing stages as Sarr’s cross found King, but the Norwegian was unable to beat the goalkeeper.

And as the final-whistle sounded, the travelling Hornets’ supporters produced a bellowing roar to signal their approval of the performance and Watford's first victory under Hodgson.