Watford booked their place in the final of the FAWNL Plate on Sunday (March 8) as they beat Middlesbrough Women 2-0 with goals from Anne Meiwald and Megan Chandler.

The Hornets were missing several key players from their starting line-up, which gave opportunities to other players in the squad to step up in their place. Meiwald replaced Emma Beckett, making her return from an injury that has kept her out since October. Anaisa Harney also came in for the captain Helen Ward, who was away with Wales on international duty. Emily Hill wore the armband in the absence of Ward, like she did against Oxford in the quarter-final.

It was a slow start for both teams as they were finding their feet in the tie, but the Golden Girls were first to get a grip on the game. Clinton Lancaster’s side began to show their quality with the ball as the midfield duo of Danielle Scanlon and Chandler enjoyed plenty of the ball. The first real chance of the game fell to Chandler, fresh off the back of her incredible goal in the last round, and she took on a difficult strike from distance but could not keep the shot down. 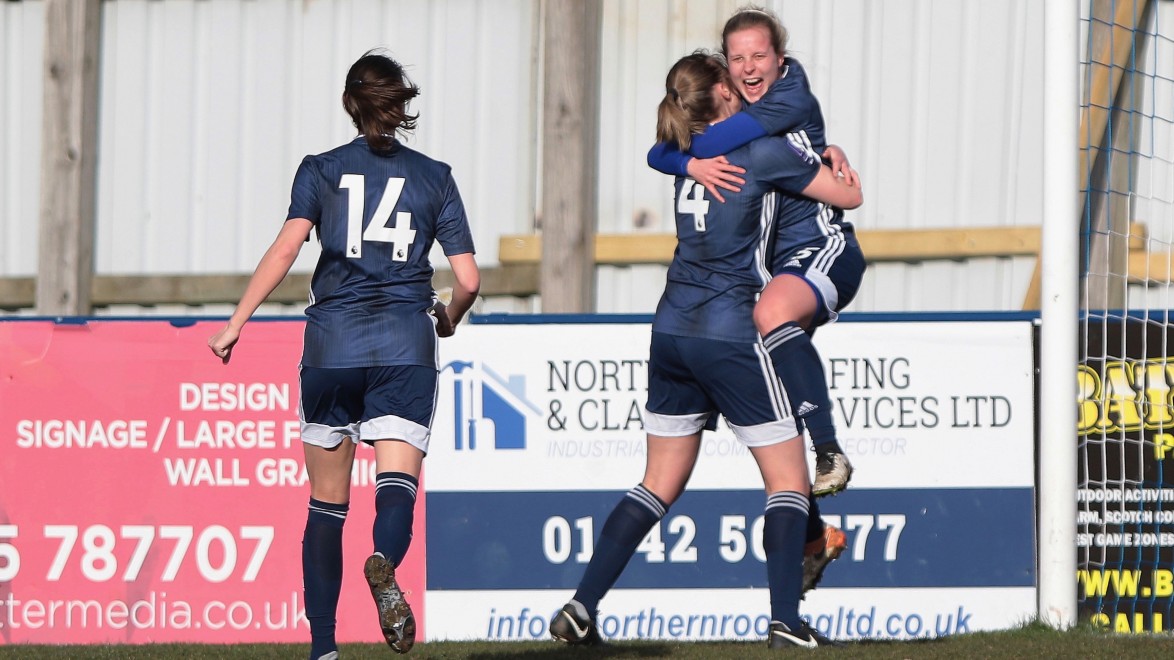 The Golden Girls were getting into their rhythm and began getting in behind the Boro back line. Adekite Fatuga-Dada looked to be through on goal but Emma Foster made a good recovery tackle. Katie O’Leary held the ball up well and threaded a pass through to Ryah Vyse but Rebekah Bass got to the ball just in time for her side.

Middlesbrough looked to have weathered the initial pressure from Watford and began to venture forwards themselves. Nina Wilson was called into action but she made a smart save to deny Emily Scarr. The hosts then really applied the pressure with four successive corners but the Golden Girls were able to deal with them through strong leadership and organisation at the back.

The second half began with both teams still level and the first goal looking evermore important. Hattie Kettle came on to replace Kat Huggins at the back at the start of the half to bring fresh legs to the back line. Just before the hour mark, Watford goalkeeper Nina Wilson was sent off for handling the ball outside her area, just minutes after being incredibly alert to come out and stop a threatening Boro counter-attack. Unfortunately, the Golden Girls did not have a reserve goalkeeper on the bench so Kettle put on the gloves for the last half-an-hour of the game.

The Hornets dealt with the setback, newly-introduced midfielder Alysha Stojko-Down keeping the ball well and giving the team a foothold back in the game. The girls gradually built pressure and started to exploit the wide areas, taking advantage of their crossing ability. A wide ball was whipped into the box and Meiwald was first to it with a powerful header. The ball hit the post but she made no mistake when it fell to her to open the scoring. 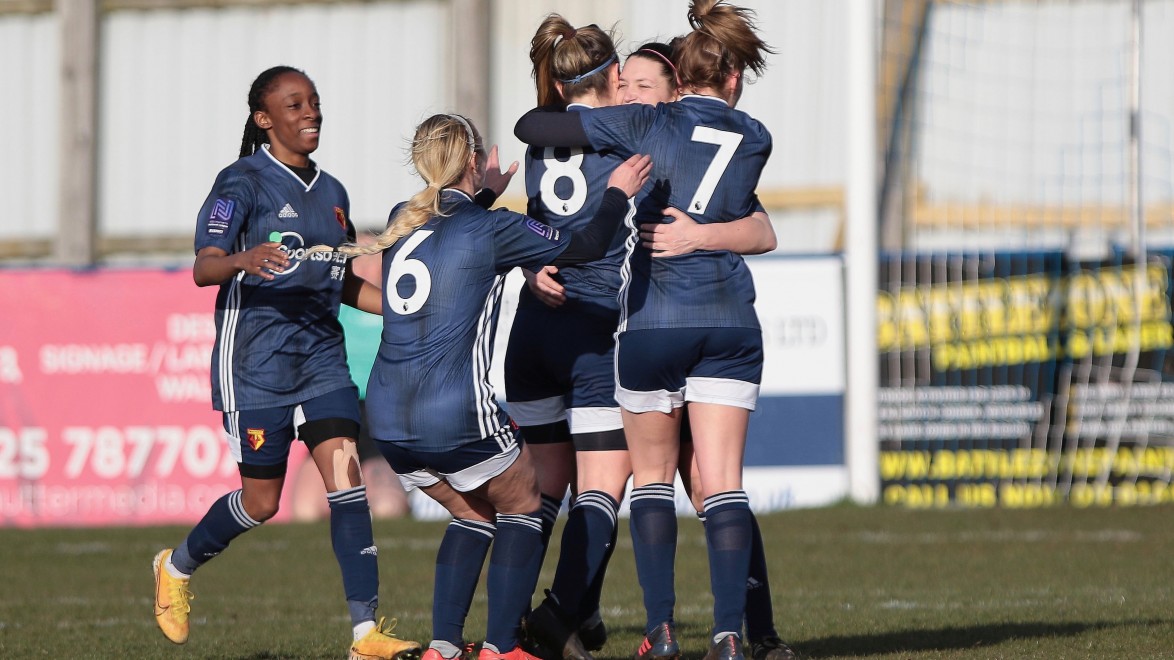 Middlesbrough were then also reduced to 10 as Rebekah Bass was sent off after an off-the-ball incident. The Golden Girls continued to put pressure on the Boro back line, with Stojko-Down bringing energy to the midfield and creating chances. After showing tremendous character with a player down, the team looked even stronger when Bass left the field.

In the 90th minute the Hornets were still hungry for goals and pressed Boro from their goal-kick. A loose pass from the goalkeeper rolled into the path of Chandler, who fired the ball into the net. After her equally impressive effort last week, it looks like the midfielder has her eye for wonder goals this season.

The final whistle blew soon after, meaning the Golden Girls are into the final of the FAWNL Plate. The final takes place on Sunday March 22 at Stafford FC. The Hornets take on a strong West Brom side, but with the character the Hornets have shown this season you would not back against them finding a way through any game.