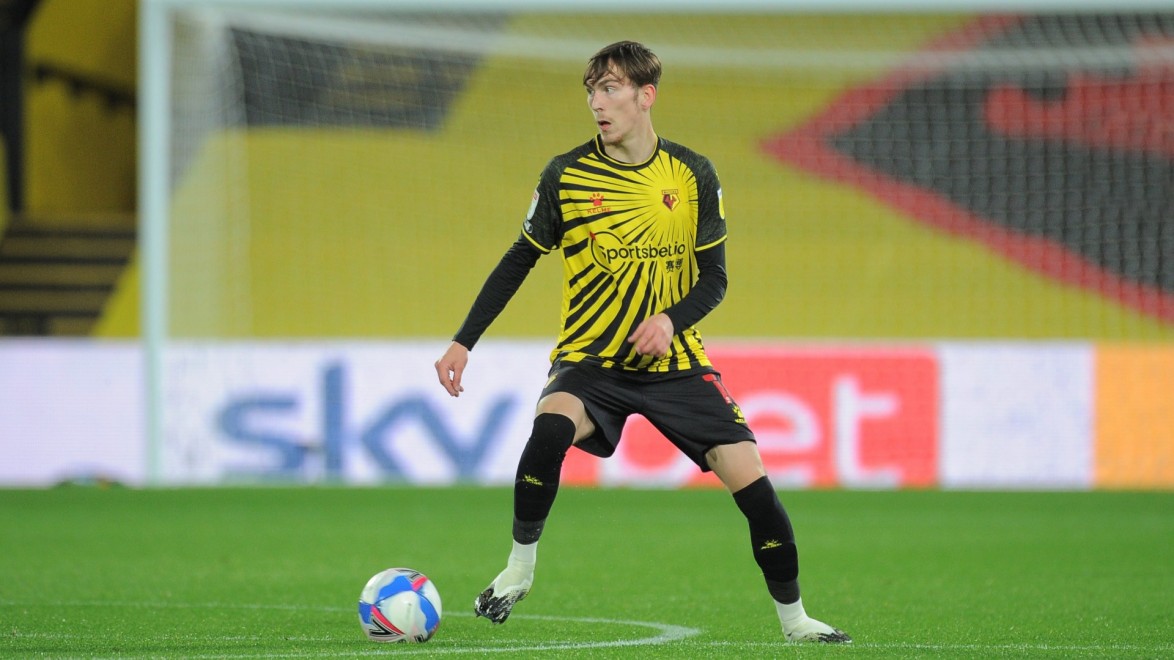 Watford midfielder James Garner, on loan from Manchester United, answers fan questions for an interview first published in The Hornet.

Who was your idol growing up? (Corey)

“I get asked this a lot of times. Because of where I grew up, all my family are Liverpool supporters, which is ironic considering I’m at Manchester United, so my idol was probably Steven Gerrard. I used to watch all the games with my Dad and he was the main player who I used to watch and I wanted to be like him. I used to wear the Predators, just like him, and I still do today.”

Which player in world football - past or present - do you consider to have a similar playing style to yourself? (Busby)

“A lot of people compare me to Michael Carrick. I’ve done a lot of work with him at Manchester United and I’ve watched a lot of his clips, and he used to play the ball forward as much as he could, so I’ve tried to emulate that in my game as well. Even before I went up into the first team I was working with him. When I was younger he watched one of my games and the coach at the time said Michael would like to help me, so I did a few one-on-one sessions where it would just be me and him in a room with my clips. It was a bit crazy that he wanted to take time out of his day to help me get better. He used to tell me how I could improve and he helped me so much on the basic things, but it’s the basics that are sometimes the most complicated things.” 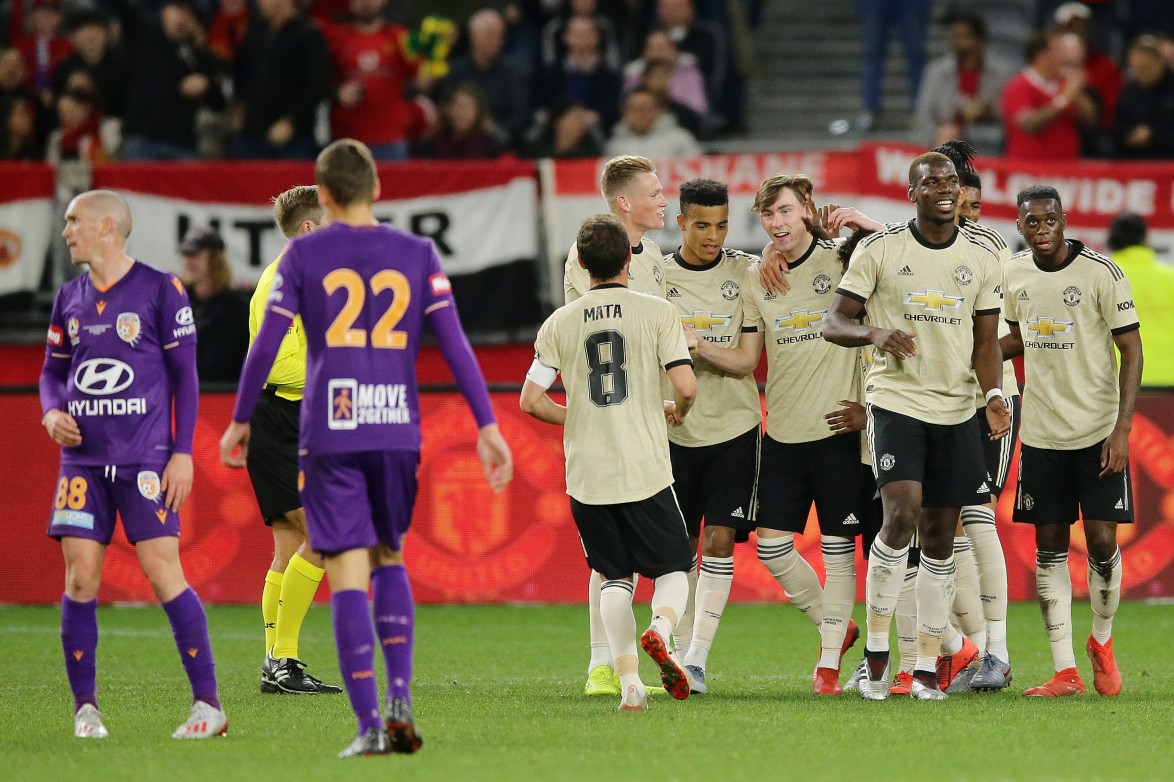 What was it like last season learning under superstar midfielders like Paul Pogba and Bruno Fernandes? (hunter.shrader)

“Those names speak for themselves. They’re world class players and to be in and around them every single day, you can’t help but learn. Even things off the pitch like the way they present themselves, and when they’re on the pitch they work hard and do all the extras after training. They’re always out doing shooting and finishing, so it’s great to learn from them.”

Which areas of your game do you think you have to improve on? (AD)

“Maybe I’m being too harsh on myself, but I feel like I could improve in terms of receiving the ball and turning in fewer touches, and maybe my final pass.”

Have you always played in midfield? (wfcbible)

“When I was younger I used to play in midfield for my local team, but as I started going to trials I found myself playing at the back because everyone else just wanted to go forward and score goals, so I was a defender up until the Under-14s or 15s. There was one tournament where one of the players got injured in midfield, so I went in there and I’ve stayed ever since. I liked playing in defence because I liked getting stuck in, but when you go from centre-back to midfield I think it helps you know what to do and what positions you need to be in.” 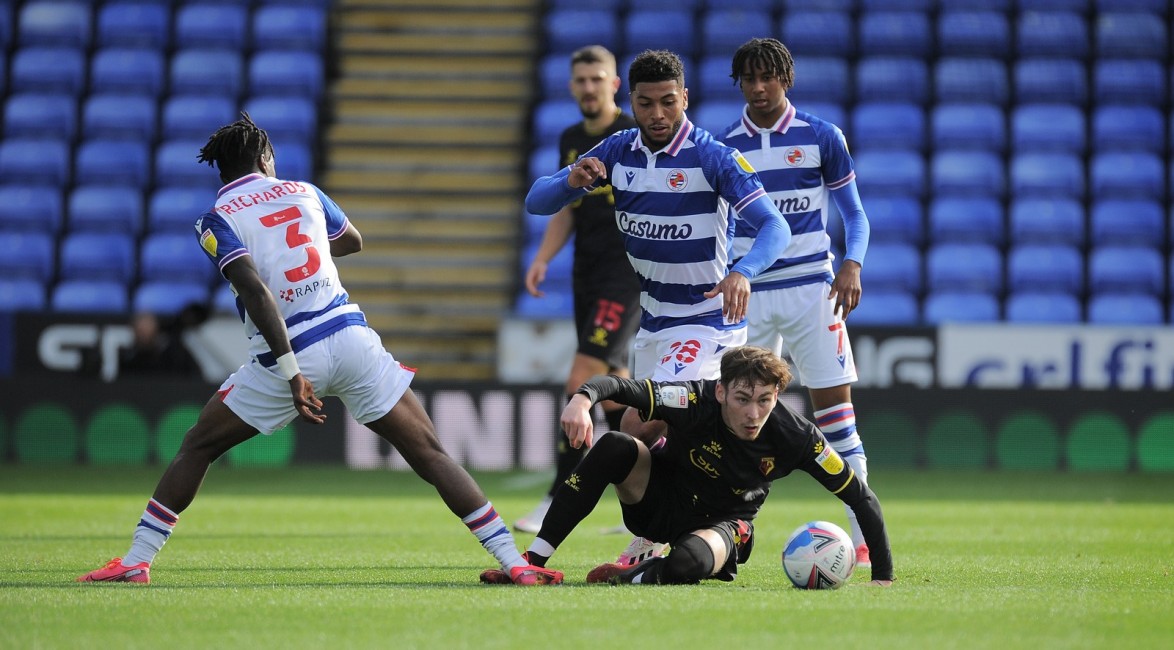 “I played on a few pre-season games when Mourinho was manager and I played against people like Robben, Kroos and Lewandowski. I wasn’t up against them for the whole 90 minutes, but those three are obviously top, top players so they’re up there as the best I’ve been on the same pitch as.”

Who’s the best player you’ve played with, be it from Man United, Watford or England at youth levels? (michaelhalpin008)

“That’s a tough question because I’ve played a few first-team games with United as well as some in pre-season, and I’ve played with some top, top players. I have to say Juan Mata is class. Everything about him – his touch, his pass, how he speaks to you on and off the pitch – he’s just a real nice guy, so I’m going to say him.”

“I’ve watched a lot, you know! I like Prison Break, that’s a classic, and I like Queen of the South, Money Heist and Narcos. That’s just a few off the top of my head, but I’ve binge watched all of them something like two or three times each and they’re massive series.”

If you didn't make it as a footballer what would you be? (beckyjade1612)

“I know it sounds funny, but when I was younger I used to like baking and cooking. I used to say I wanted to be a chef, but then as I got a bit older I wanted to be an architect. I quite enjoyed art during my first few years of high school.” 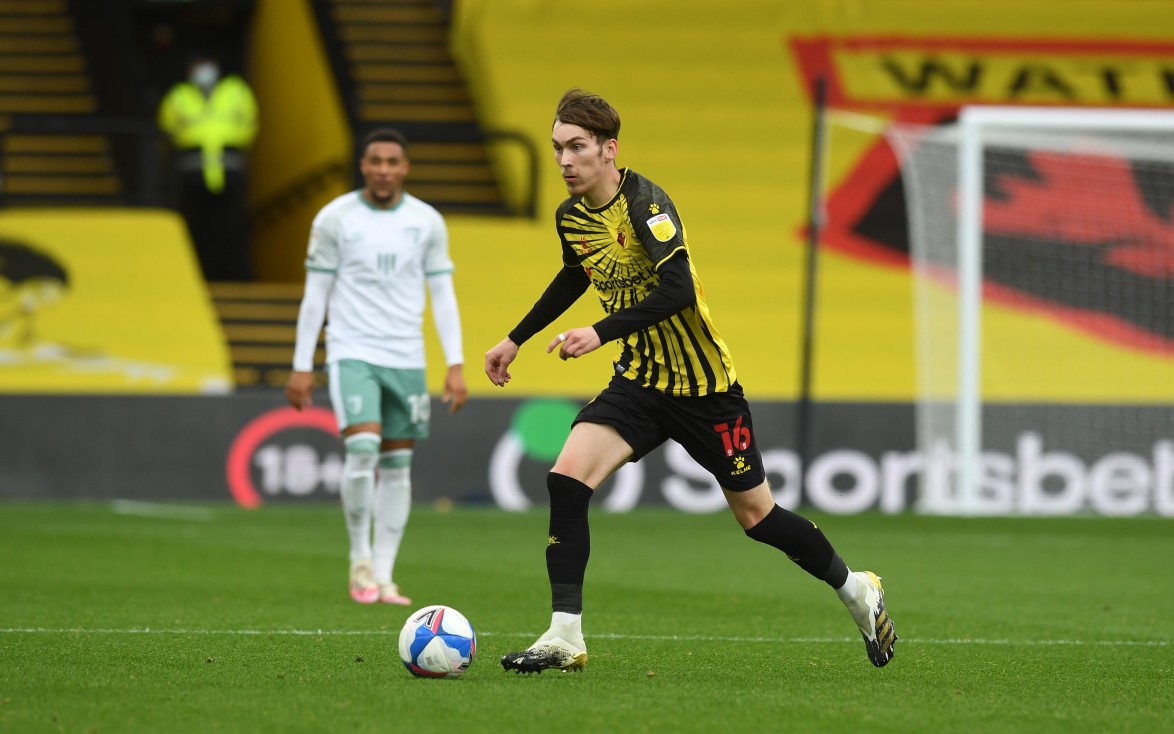 What would your song of choice be in the changing room before the game? (Emma Jones)

“I’m not sure the lads would agree with me – maybe one or two of the younger ones would – but I like artists such as Lil Baby and A Boogie. They’re my go-to artists, but I don’t think most of the lads would feel the same!”

What’s the best goal you have ever scored? (m.davies_6)

“I scored one at the start of last season for United’s Under-23s against West Brom and it got voted Goal of the Season. I got it on the half turn and just hit it, and it went in the top corner. That was a good goal.”

If we were to be successful this campaign, would you consider staying on at Watford if the opportunity was offered? (Dan Black)

“Obviously it depends what the future holds and I don’t know what the situation is going to be for me when I go back to United, but for the time I’ve been here so far it’s been really good. Hopefully we will be successful this season and then we’ll see what happens.” 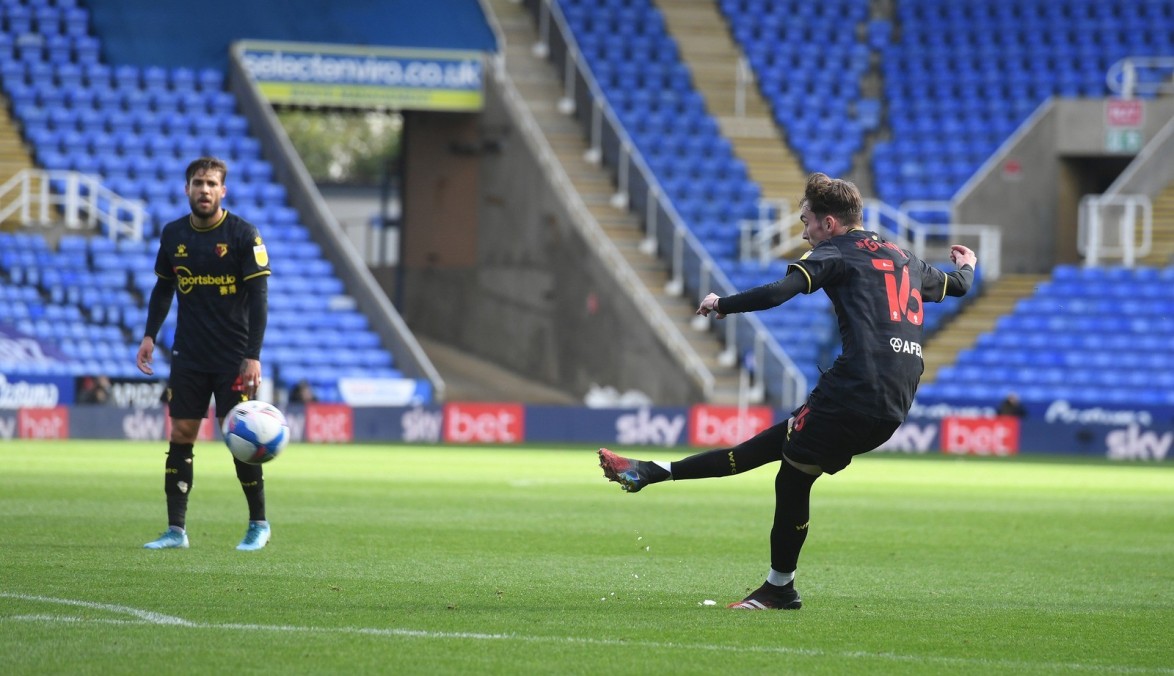 How annoyed were you when that free-kick hit the bar against Reading? (Zak Dunn)

“I was gutted. I work on free-kicks all the time and I work on that certain technique where I hit it with a lot of power and a lot of dip, and if it’s on target it’s quite hard for a keeper to save. If I could rewind it and I could have my time again, maybe I would hit it with a little bit less power, but I was gutted when it didn’t go in.”

If you could bring with you one player from United who would it be? (Fredrik Gustavsson)

“Mason Greenwood. He’s my best mate. I’ve played with him since I was about seven, so I’ve been in every single age group with him all the way up to the first team, and he’s a top player. He’s got a left foot, right foot, he can go either way, shoot with both feet, and he’s very fast.”