In Their Own Words: Craig Dawson 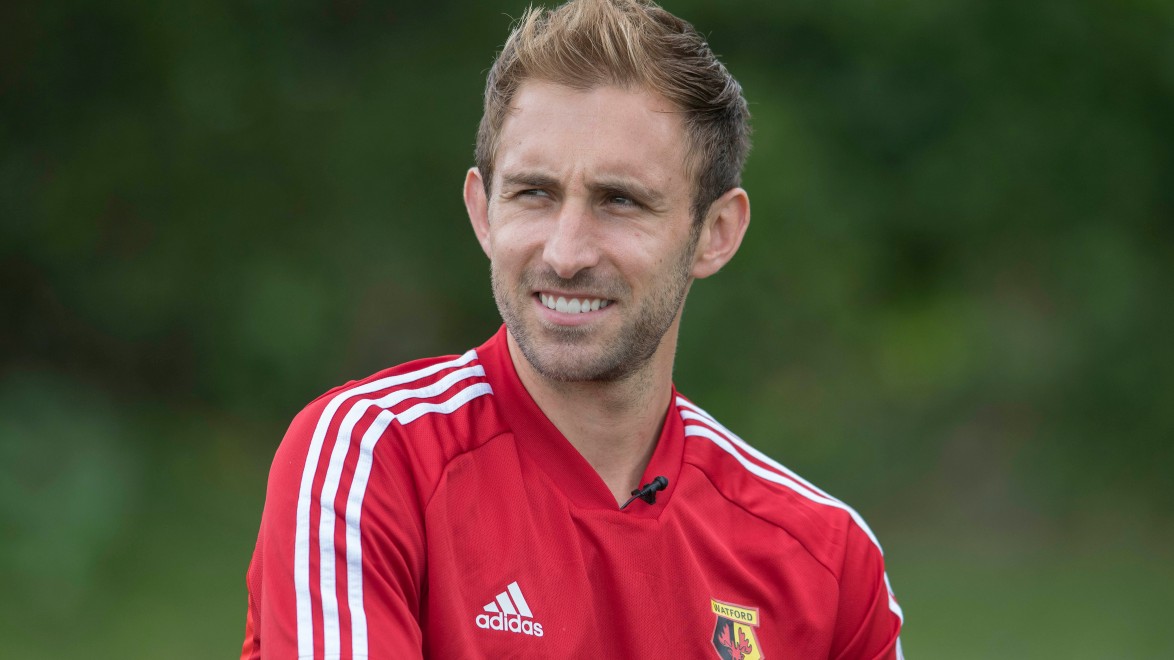 In his own words, Craig Dawson talks through late shifts at the Dog & Partridge and trials with Lancashire Cricket Club for a feature originally published in the match programme.

LATE SHIFTS AT THE DOG & PARTRIDGE

My route into football was different to most of the players you see nowadays. I didn’t have any luck with the Academy system when I was younger so I basically grew up playing club football on a Saturday afternoon with a lot of friends and people in older age groups. I went to college and started doing my A-levels and I was also working in a pub. It was the Dog and Partridge in Rochdale and I was basically collecting glasses for really long hours. I did that Thursday, Friday and Saturday nights and I played football on Saturday mornings. I started the job when I was younger and just continued when I was studying. We’ve known the owner there for a long time and he was a family friend. I was getting paid below the minimum wage and it was tough, but it made me streetwise and I learnt a lot from it.

I was playing for a local team called Rochdale St Clements at the time. I was playing with my brother and just really enjoying it. We did really well, we won the league and won the cup and I just enjoyed my football. I didn’t really think too much about my future to be honest. It wasn’t until a little bit later on when I got the opportunity to go to Radcliffe Borough, who were a Northern Premier team, and train with them. That’s all it was at the time – I did pre-season with them and slowly but surely I broke into the side and did well. 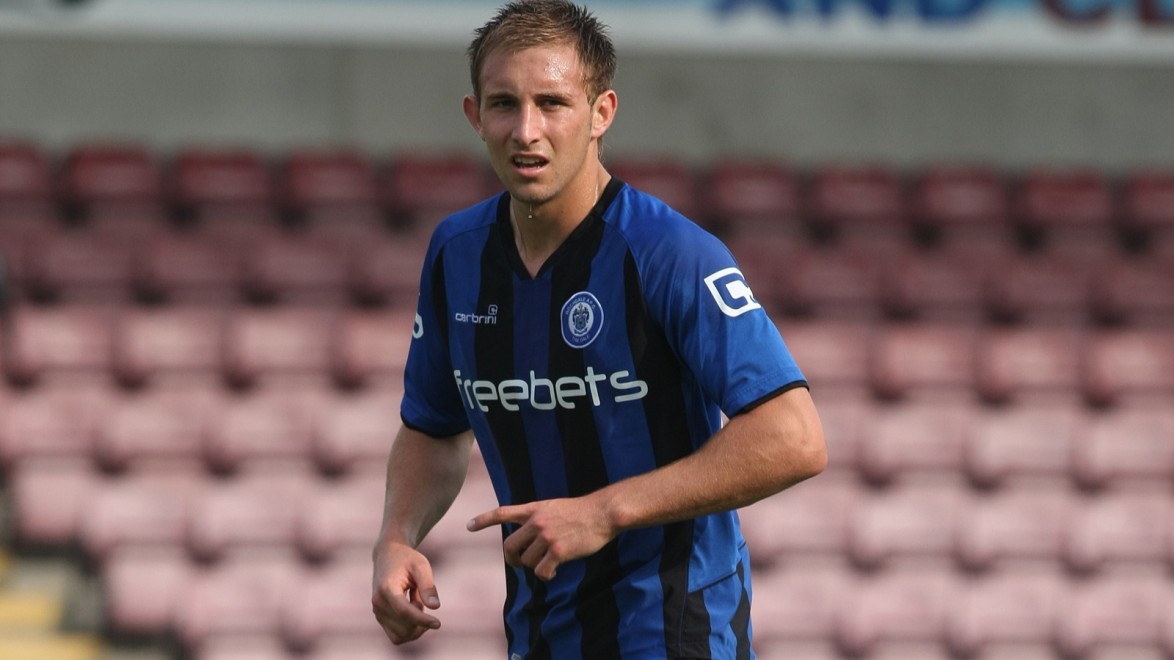 I’ve played at every single level from non-league all the way up to the Premier League and I often get asked what playing amateur football taught me, but most of the things you learn in the lower divisions you’re not allowed to do in a Premier League match! Honestly though, it’s a very tough game down there but you learn a hell of a lot and those moments have stuck with me throughout my career. I definitely still use those experiences even to this day.

I’m certain that I appreciate where I am now more because of my unusual route. There were no nice pitches, no nice facilities and none of the things you see at Premier League clubs today. It kept me grounded. These days I enjoy using all the great facilities and I appreciate every member of staff we have. I don’t take it for granted. Those Tuesday nights on a soaked pitch in north Manchester, then having to get up for work the next day and having another game in a couple of days – it’s those moments which make you appreciate everything you’ve got.

I’m a professional footballer now but things could have been very different had I decided to stick with cricket. I had trials with Lancashire and I played Saturdays and Sundays during the summer with Rochdale Cricket Club. I was a batsman but I tried a bit of everything. I was a wicketkeeper too but bowling was probably my weakest area. I just loved playing summer sport and cricket was always a lot of fun. It was a nice thing to do when the football season was finished and I did okay, but if I’m honest football was always my number one. 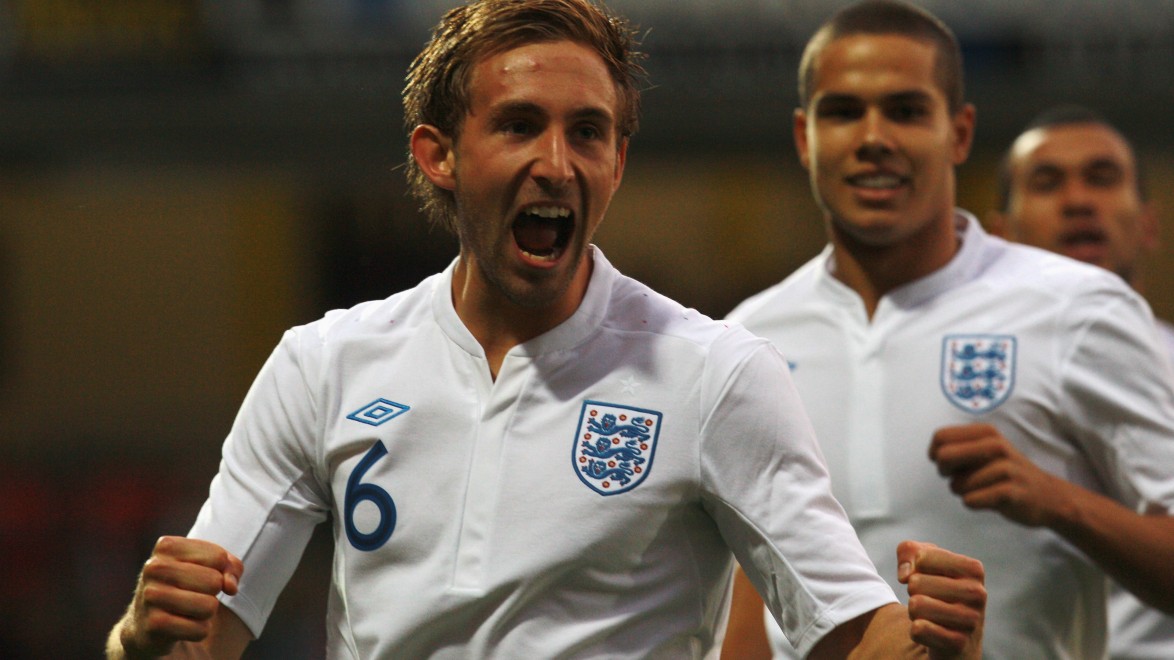 I’ve got very happy memories of Vicarage Road, having scored twice here on my debut for England Under-21s. We beat Azerbaijan 6-0 back in 2011 and I scored one header in each end, which was nice. I think my first was pretty much my first touch too. I was maybe 20 or 21 at the time and obviously the stadium has changed massively from that night, but when I signed here over the summer it was one of the first moments I looked back on. A lot of that Under-21 team have progressed and done really well, which is great to see. The likes of Henderson, Oxlade-Chamberlain and Barkley have all made a successful step up to the senior England team.

When I was at West Brom I was mentioned once or twice as being close to a full call-up and that would have been nice back then, but it’s one of those things. You just have to keep working hard every day. I’ve got a new challenge ahead of me now at Watford and I’m in a squad that’s the best I’ve ever been a part of. Each day I work harder and with the coaches and the good quality of personnel that’s around me, hopefully I can keep improving.

It was a real honour to represent Team GB at the Olympics in 2012, and with it being in London it was extra special. We had a great squad – Giggs, Ramsey, Sturridge and Bellamy were all great players to play alongside – and of course my new teammate Tom Cleverley was also part of that group too. The experiences I took from that were real once-in-a-lifetime stuff. There aren’t many players in this country who can say they’ve played at the Olympics. Getting close to the senior players in that team was a great experience and one I’ll never forget. 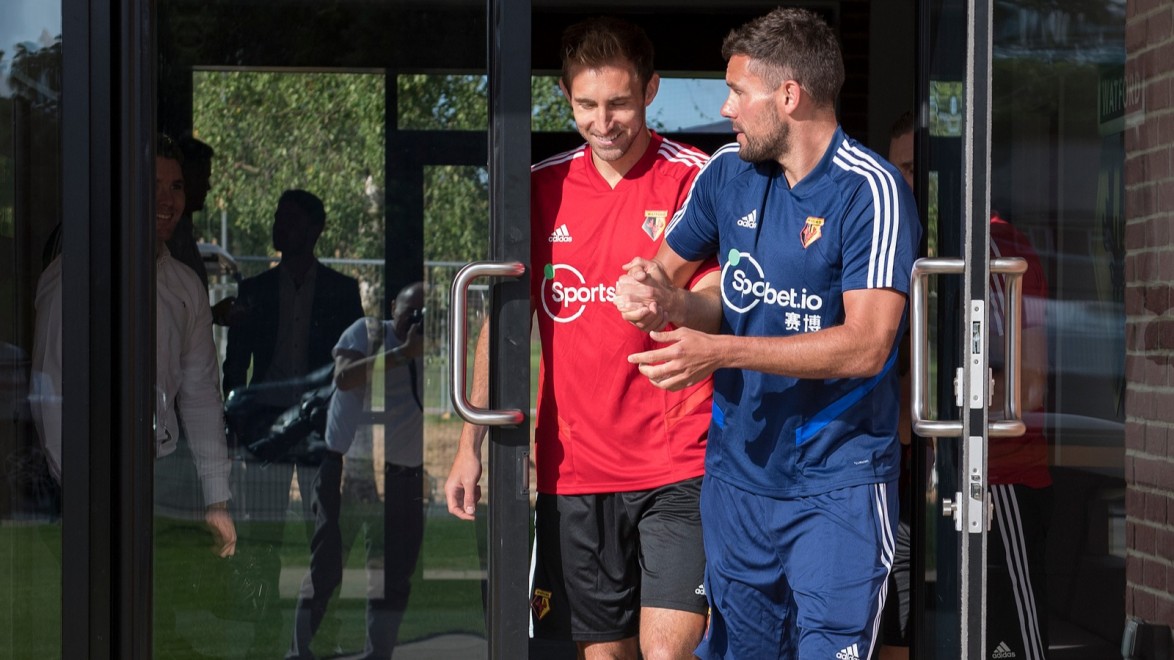 When the opportunity came over the summer to sign for Watford it was a pretty easy decision. Last season the lads did really well in the league and reaching the FA Cup final made it a great year for them. It’s a very exciting squad with a great coach, and it was a brilliant opportunity for me. Fozzy’s notoriously difficult to get hold of during the summer as he’s always out and about on his bike, but I managed to speak to him and obviously he had great words to say about the club and the staff. In typical Fozzy style, he was so enthusiastic and I could tell he really loved it here. I have good trust in him and that made it an even easier decision.

Away from football it’s purely about family time for me. I have two young children so any time away from football I spend with them. We just do the normal things any family does, but it’s good to spend that time making memories with them. As players we’re all human and we all have families so it’s important that everyone’s happy. It makes it so much easier for a player to focus if he’s happy. But all the lads have been great in helping me out with getting settled. I think that’s one of the most important things about this squad – everyone’s together as a group and everyone’s working hard.

My route into football was different to most of the players you see nowadays.