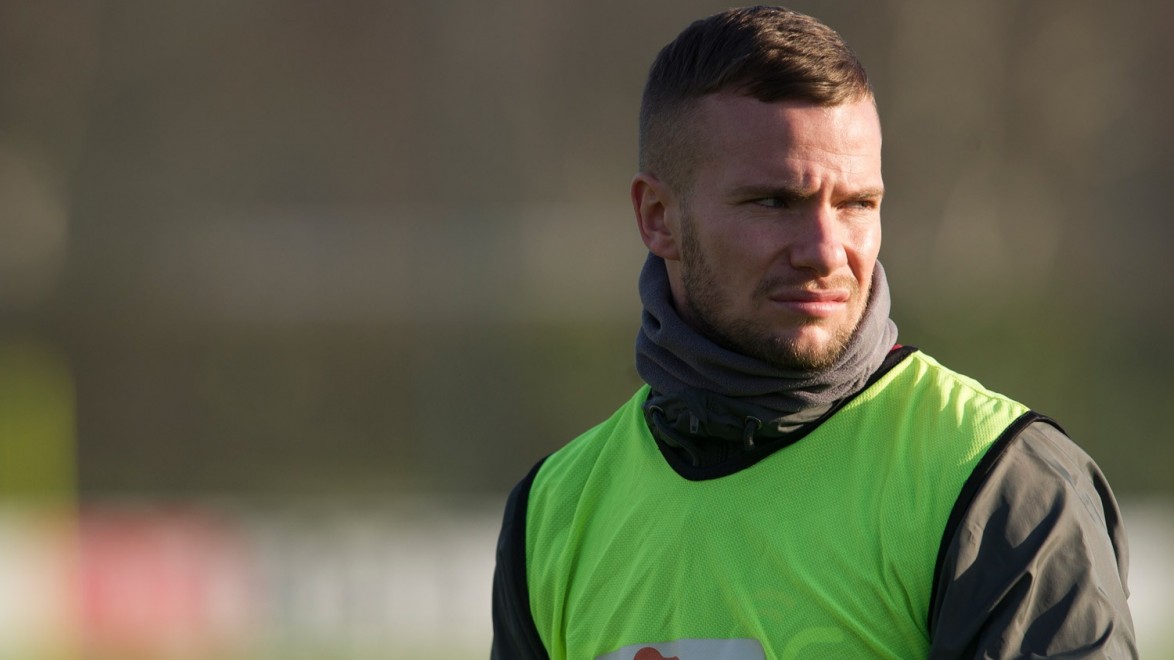 There are many shiny monuments you could use to indicate just how far the club have progressed since Tom Cleverley's first loan spell at Vicarage Road.

There is, for starters, the brand spanking new, all-singing-and-all-dancing Sir Elton John Stand. Cleverley was, remember, strutting his stuff in front of a three-sided Vicarage Road as recently as 2010. The other changes just roll off the tongue for Cleverley who's had his eyes wide open the last week or so.

"The changing rooms are massive," said the midfielder. "The gym at the training ground has been extended; there is all sorts of new technology; the pitches are better; the club shop has moved and the ground has changed as well. The pitch, it's immaculate. And then the hospitality. It's great to see."

This is praise indeed from an England international who has spent the last few years around the gilded arenas and training grounds of Manchester United, Aston Villa and Everton.

But perhaps the morphing of the Vicarage Road club is best viewed through the prism of the financial deal that Watford, who were then begging, stealing and borrowing players, had to strike to bring Cleverley to Vicarage Road in 2009. It provides a wonderfully neat reference point. Malky Mackay, the then manager, takes up the story.

"Sir Alex said we could have him and we were delighted as I'd spoken to Ben Foster and he said we should take him in a heartbeat as he never gives the ball away," Mackay told us.

"Sir Alex said it would be a nominal fee and that the club secretaries would sort it out. We got Tom to the training ground, showed him around and he was all ready to sign when our secretary came in and said the loan fee was £250,000, and that we didn't have that money and that we were going to have to send him back.

“I couldn't do it. I had to phone the great man (Sir Alex) twice and told him I knew we'd be selling Tommy Smith soon and could he wait until then. He said: 'Ok, give us the money when you can'." 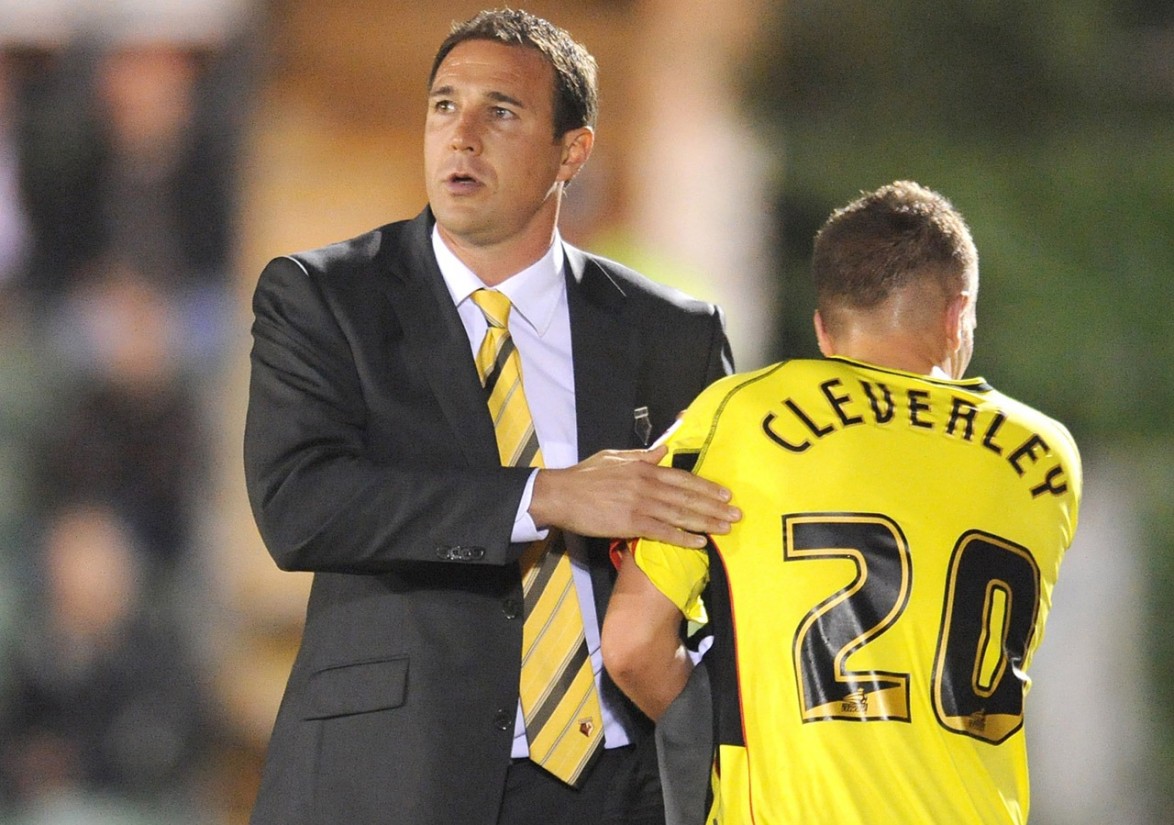 Contrast that begging-bowl approach with how smoothly the deal-making went this time round. "I've never seen a move happen so quick," said Cleverley. "I trained with Everton on Wednesday afternoon and then by the following morning, at 6.30am, I was getting a knock on the hotel door in Watford from the doctor saying he wanted to get the medical started.

“It happened that quick. I'd gone from not knowing there was a sniff of Watford being interested to being at the training ground the next day and Vicarage Road two days later."

Cleverley said his agent didn't need to ask him twice if he fancied the move. As soon as he put the phone down, he packed a bag, drove to Everton's Finch Farm training ground, collected his boots and headed south.

"I just jumped at the chance," he said. "It was the chance to play Premier League football for a club I know well and a club I really enjoyed playing for. I was delighted. I just want to play and do well.

And didn't he do well in his last stint; scoring 11 goals in 35 appearances, a ratio some strikers would be proud of.

"It was the best period I've had of goalscoring in my career," he said. "It was down to where I played, confidence and it being that bit easier to score as a midfielder in the Championship than it was in the Premier League. It was a really good moment of my career. I hope I can get those feelings back."

Mackay feels Watford are getting a good egg as well as an established box-to-box homegrown midfielder. "Within ten minutes of training on day one with us, I said to Sean Dyche 'we've got one here'. He was terrific around the place, always smiling. He was an absolute pleasure to work with and was a star for us."

So much so that he romped the Player of the Year award. "It's definitely one of the major achievements in my career," said Cleverley. "I've got the matchday programme I was on the front of and I've got the [winner's] plate on a stand in my trophy cabinet."

Now 27, Cleverley has since won 13 England caps, won the Premier League, played in an FA Cup Final, got married and had two kids. He's hungry for more professional success, much more, and found a man whose ambition is very much aligned to his in Gino Pozzo.

"Speaking to him for just five minutes you can see how passionate he is about football and about progressing the club. It's something I want to be a part of and hopefully we can make things permanent in the summer."

The ownership of the club has changed since Cleverley was last in these parts but some things remain the same. "I knew Mapps [Adrian Mariappa] and Craig [Cathcart] and I kept in touch with Jonesy [Will Jones] the kitman so it's been easy for me to settle back in," he said. 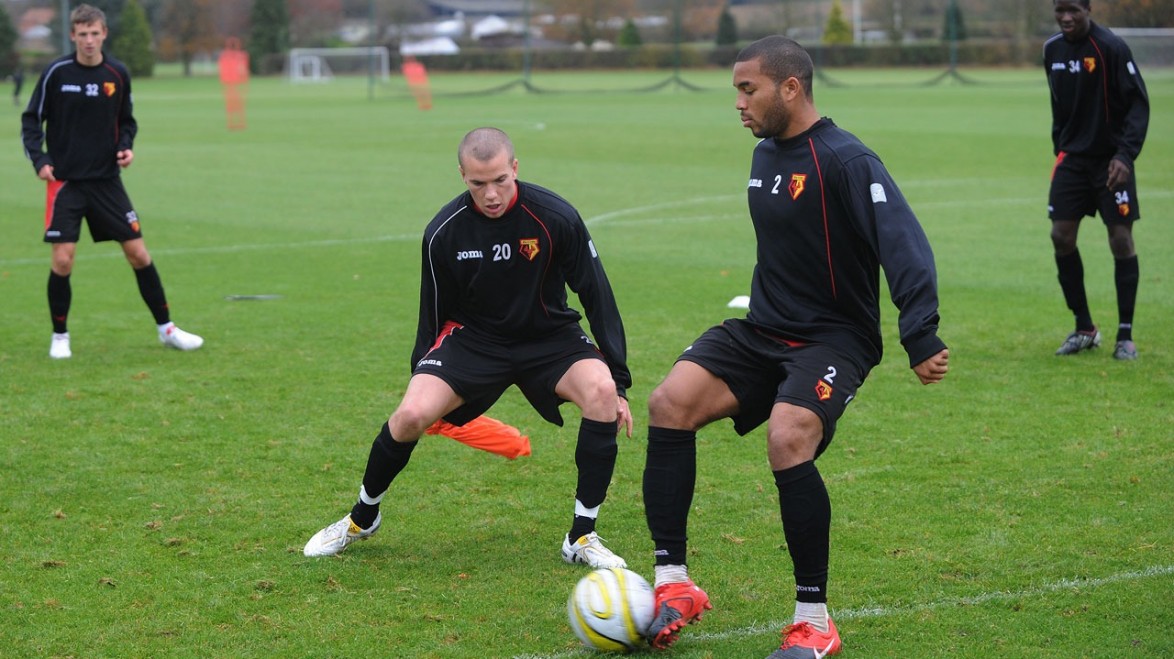 His big mate Danny Welbeck is just over the fence at Arsenal if he needs any help acclimatising or a break from the banter that permeates any training ground (Cleverley was ribbed by Troy Deeney for his choice of footwear during this interview).

It was a swing of Cleverley's right boot that almost netted the Hornets a late winner against Middlesbrough on Saturday. Given the occasion, and the identity of the scorer, the roof could well have come off had that effort rolled inside the post.

"I have so many good memories of this ground and that was almost another," said Cleverley. "I like playing in that more advanced role that means I can get into the box. I like to play as an 8, an orthodox box-to-box midfielder. You don't get that in many sides now. If it's three in midfield, like it seems to be here, I'd rather play as one of the more advanced ones."

As well as a midfield schemer with an eye for a pass and a goal, Cleverley is also a pretty handy snooker player and golfer.

"I've not played snooker for ages," he said. "I could play for hours and I'd like to get a snooker table in my house.

“I play off 14 at golf but it's a terrible 14 because I don't play enough because of the kids.

“When I retire and the kids are away at uni I could get off single figures but, at the moment, it's all about getting me on that pitch and doing my best for this club."