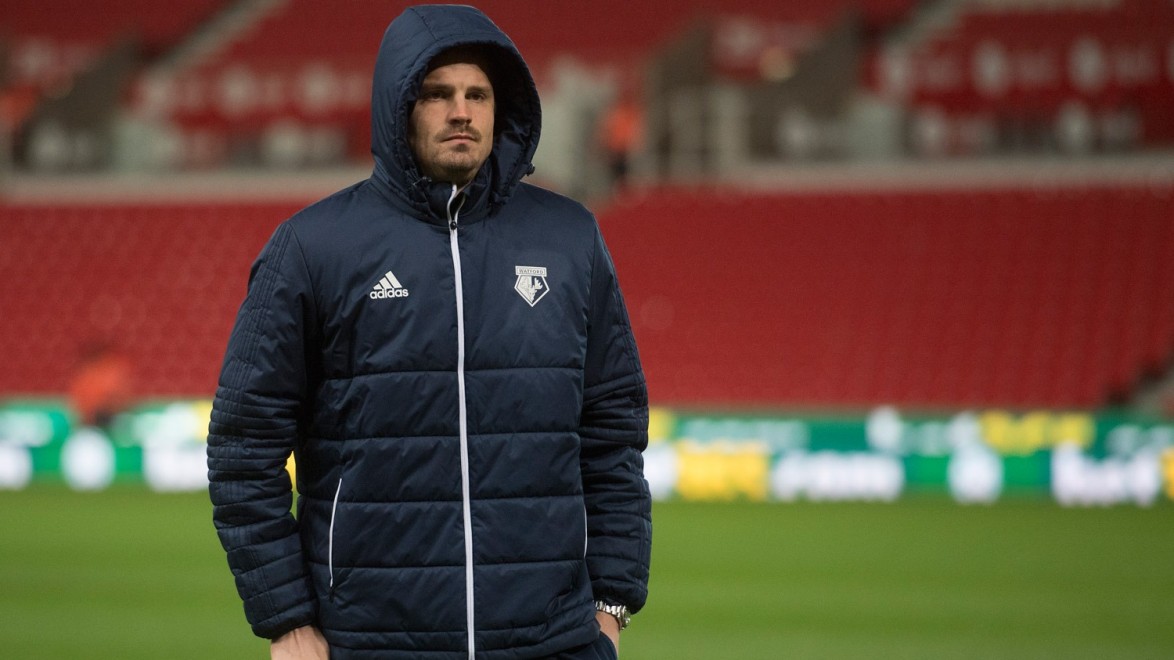 Sebastian Prödl regularly made unprompted visits to hospitals in Austria and Germany around the festive period to spread a bit of cheer, so he did not need to be asked twice when a member of Watford's staff wondered if he would mind making a special visit to a sick Hornets fan in Great Ormond Street hospital around Christmas 2016.

"I benefited a lot in my career, I am healthy and a lot of people struggle so I thought it was a good idea to go and help," said Prödl.

Little did he know what a profound effect the extraordinary brave young man he was about to meet would have on him.

The cheery child lying in bed was Ossie Robinson. He had been diagnosed with neuroblastoma, a rare childhood cancer of the nervous system.

“He was an inspiring lad, a good lad,” said Prödl. “I remember the first meeting he played jokes on me, which was very funny. He was so positive for someone so sick. The family were very inspiring and big role models in terms of being a parent. It was incredible to see.”

Prödl didn't just leave things there. He couldn't. It is not in his nature. He regularly visited Ossie in hospital, invited him and his family to watch a game at Vicarage Road in a box, spent time with them at the training ground and always asked for updates on his deteriorating condition.

“When he got really bad the parents called me and asked me if I would like to see him again,” said Prödl. “I went there and he was critical. I think I just helped him get a little bit more hope.”

“The club told me and it was hard, a sad time,” Prödl said. “It was hard for me as when you become friends it becomes even harder. It was a sad, sad moment when I heard the news.”

Prödl would have attended the funeral but Watford were travelling to an away game in Leicester.

“I wanted to go but I couldn't,” he said. “I met his dad again at the stadium and told him Ossie is still a big part of the Watford family. The love he had for this club was amazing. He will be present all the time as long as I am here. He is omnipresent. I will always think of him."

It was fitting that at the end of that season, Ossie should be posthumously named Supporter of the Season and Prödl crowned Graham Taylor OBE Player of the Season. There is a lovely poignant picture on Prödl's Instagram account of him and Ossie's parents with the awards.

“Thank you for all the support you have given to us and Ossie,” wrote Ossie's godmother underneath. “I cannot thank you enough for the smiles you put on his face.”

Prödl is uncomfortable with any praise. “I did it for these people. I didn't do it for myself. The focus should always be on Ossie — not me.”

The focus was definitely on Prödl at Wembley in May when he won the Player of the Season gong. He was proud as punch. Even John Barnes and Luther Blissett didn't manage to win that one.

“I'm now more aware of what an outstanding and incredible award it was for me, more than when I received it,” said Prodl.

“I went straight to the national team and had to focus on different things. Now people come and say 'Ah, you won the Player of the Season award'. People don't forget. I honour it very much.

“The trophy is in my office. I don't see it every day but now and then I see it and it reminds me. It means a lot to me because it proved I took the right decision to join Watford, it proves I am capable of being an important player in the Premier League.”

Prödl deserves an enormous amount of credit for joining Watford when he did in the summer of 2015. While other targets wanted to wait and see who was joining first and who the Head Coach was going to be, Prödl took a huge leap of faith and was the first through the door. Being a free agent and an international defender, he wasn't short of offers but he chose Watford.

“I had a good feeling with the club,” he said. “I had a good meeting with Gino and I asked him to show me everything, the facilities, the club, the stadium. I slept on it but when I left the tour I had the feeling this was going to be my future. It was a big decision for me but my gut said it was the right decision and two-and-a-half years later, I still think it was a good decision.” 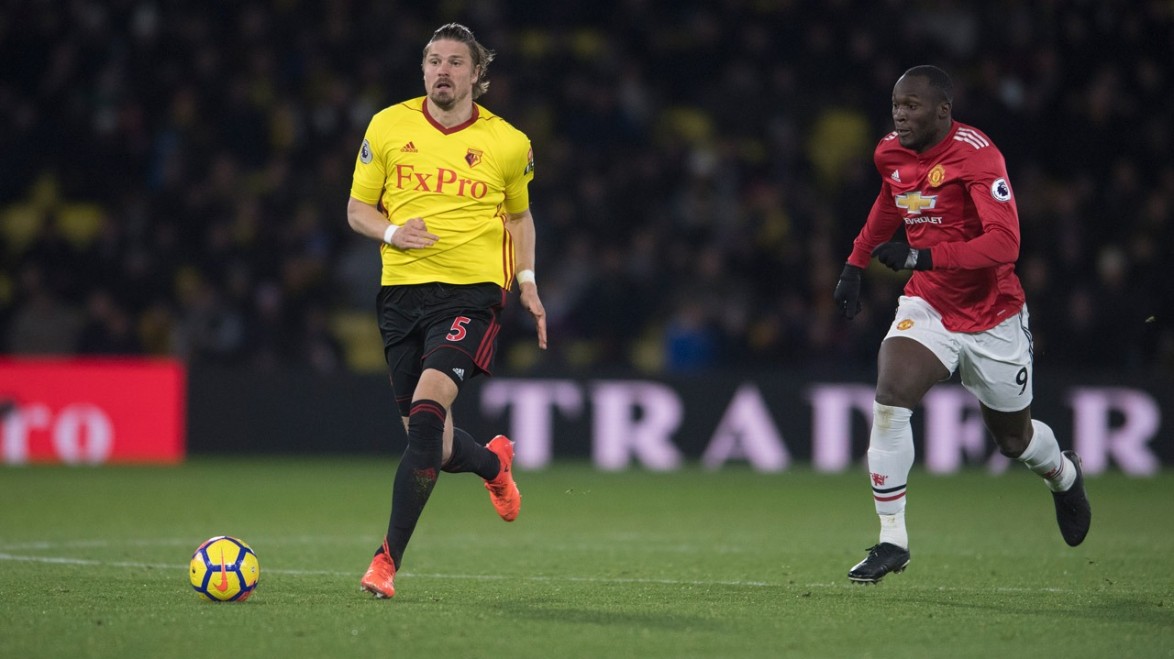 And he says that even though he could have joined Leicester and been part of the most unlikely title triumph in the history of English football. How soon did Prödl know he had made the right call?

“After the first game when we went to Everton,” he said. “We played a very good game, we drew against a very good side and I was able to show my qualities. That was the proof I took the right decision.”

Prödl took a while to find a landlord who would accommodate his cocker spaniel, but he eventually settled in Hampstead and formed a close bond with fellow NW3 residents Adlene Guedioura, Almen Abdi and Joel Ekstrand.

“We had dinner and it was convenient to go out for coffee because everyone lived close,” said Prödl. “We had walks and strolls around London. It was fun. Unfortunately these guys left but we keep texting each other and they became friends.”

Prödl's decision to put down roots in London satisfied his long-held desire to live in a big city. He likes to explore and often spends his free time at exhibitions, art galleries and museums.

“It's important that if I earn money in this country that you respect it, you learn the language, how people live, how they act and experience their culture,” he said. “It helps you form a good personality for life after football.”

He was also at the Anthony Joshua-Vladimir Klitschko fight, attended an NFL game at Twickenham and was court-side at the ATP World Tour Finals in 2016.

“I like sport events because I like to see other sportsmen, how they act and how they react, how they motivate themselves,” he said. “I'm fascinated to see how they get out of bad situations. I like Roger Federer. He plays so elegant and beats his opponent with pure class, pure style.”

There is a depth to Prödl you don't find in many footballers. You only have to look at his Instagram account to see how well-travelled he is.

“I prefer places where there is culture,” he said. “I don't see myself lying in Dubai on the beach in that new rich environment. I'd rather go to some places where you can experience some culture. I like Mexico, Italy, Spain, a couple of Greek Islands, Austria, the south of France. I like different cultures, different religions. It's good to listen to their approach to religion, to life and be interested.”

He visited Ground Zero last summer. “Everyone knows exactly where they were when that happened,” he said. “It was my first day at Sturm Graz. They called me and asked me at 14 if I would join the Academy. I said yes and on the first training day this happened.” 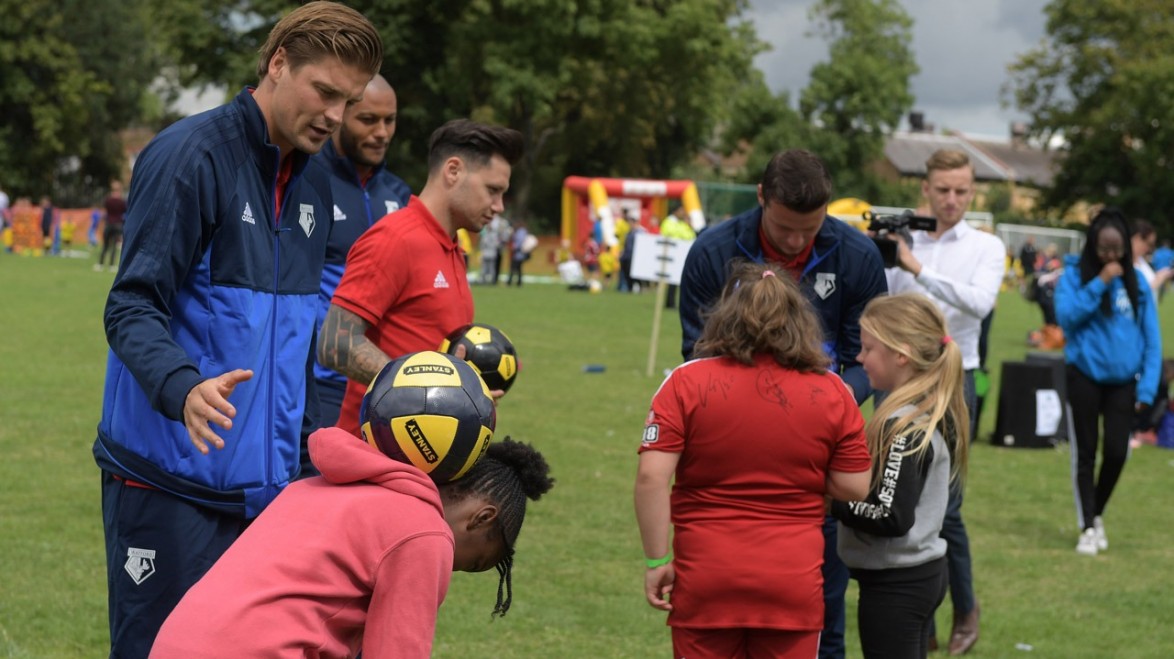 Most of Prödl's childhood was spent kicking a football around with his football-mad family. His elder brother Matthias played as a centre-forward in Austria's lower leagues, his cousin Jakob Kicker is a goalkeeper and another, Viktoria Schnaderbeck, is the captain of the Austria team and a midfielder for Bayern Munich.

“Somehow we all managed to get into the football business,” said Prödl. “We always used to play in the garden at family events and birthdays. Maybe they showed me things to help me become a professional.”

Mattias retired at the end of the 2015/16 season and moved into the family business of manufacturing and designing high-spec kitchens.

“He choose his career over aiming for more in football,” Prödl said. “He's not ready to take over yet but he's in process of taking over. He'll be successful. I am proud of the family business.

“My grandfather built it, my father managed to make it bigger and now it's down to the next generation to do something the family can be proud of. I could see myself in the future being part of it. I'm good at managing so I think I could manage some parts of the company. I think I come after my dad in that respect.”

Family means a big deal for Prödl and he's clearly very good around children. He took advantage of a free weekend last week to visit his goddaugther in Austria.

“My niece is absolutely lovely,” said Prödl. “I'm just happy she knows me and she likes me. I don't have so much time to spend with her – only now and then I have chance to go home. But I FaceTime a lot. She knows my face, she recognises me. I'm a very proud uncle.”

You would reckon the Prödl family are pretty proud of the human being and footballer Prödl has become, too.