Watford raided the Emirates last month to pocket three season-turning points against Arsenal. Just over a year ago, they made a less heralded but equally important swoop on the North London club to pinch a senior groundsman in a bid to rescue their troubled pitch. The result has been just as transformative.

He consulted Real Madrid head groundsman Paul Burgess and asked him to recommend someone who could rescue the club's patchy playing surface at Vicarage Road and become the club's head groundsman. The name Burgess gave was Scott Tingley, who, at 29, already has six years at Chelsea and seven at Arsenal under his belt.

"A lot of people said, 'Why have you gone from Arsenal to Watford?' But it was a progression in my career," said Tingley.

"I was a senior groundsman at Arsenal. I had a certain amount of say but nothing major. Here, every decision is mine, from the grass seed, to the fertiliser, to the way we cut the pitch in terms of pattern, the height we cut it, the amount we water it. It's nice to have the responsibility but it's a challenge at the same time. It's non-stop, seven days a week and sometimes even in my sleep. It's full on."

Tingley is a glass-half-empty type person. Watford's manicured pitch now looks like a bowling green and looked a picture under the lights against West Ham on Saturday, but Tingley says "there is always room for improvement." 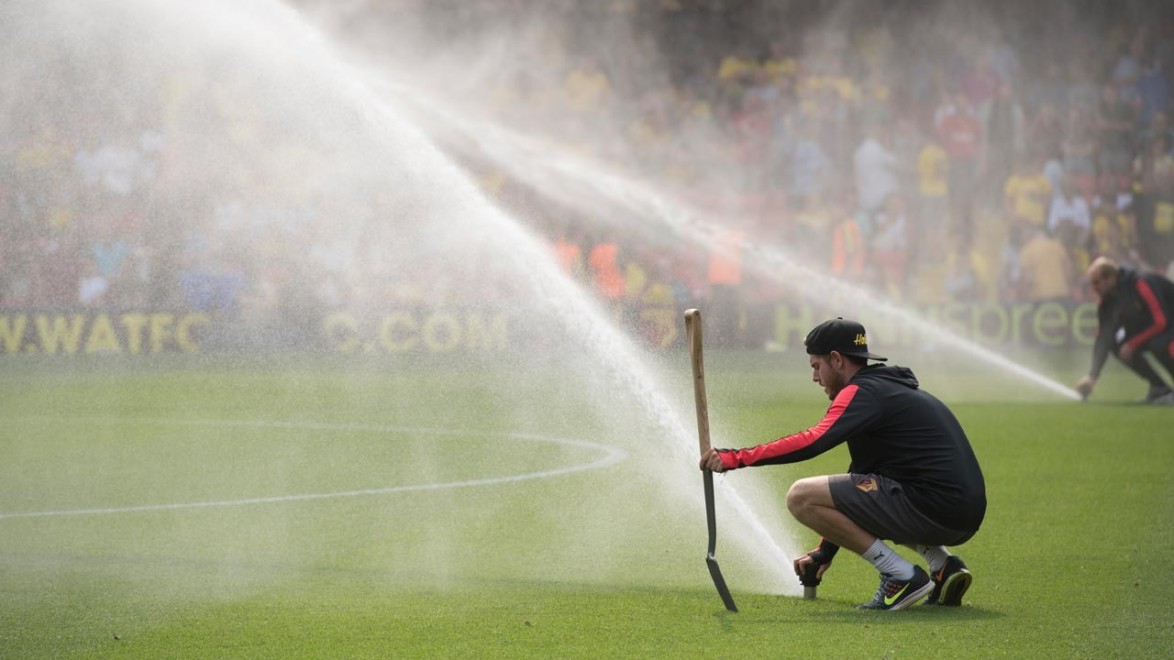 He's a perfectionist, you see. It's all a far cry from the Vicarage Road pitch he inherited from the Spanish contractors in January last year.

"I came in and the pitch had just been re-turfed," he said. "The job was to get that pitch through to the end of the season. The fact we managed to present it quite well was a bonus. We just had to try and provide a consistent surface week-in, week-out. It was never going to look that pretty but we got there, just about. It didn't look a patch on what we have produced this season."

Not half. Tingley was firefighting until the end of last season. "My role really began in the summer," he said. "I was basically looking after someone else's pitch until May."

As soon as the final ball of last season had been kicked, against Sunderland, the pitch was ripped up and relayed under his supervision. The club went back to the Desso surface that was installed a few years ago. The Desso surface, which is used at Tingley's former club Arsenal, was first installed at Vicarage Road in 2012 and sees the grass reinforced by millions of Desso artificial fibres.

Without getting all Alan Titchmarsh on you, Tingley and his team went back to basics. Forty millimetres of turf was removed; the pitch was stripped back to the previous Desso surface and then reseeded. One hundred and forty tonnes of sand was brought in.

The manicured pitch came through with flying colours during the unforgiving festive period, the acid test of any football pitch. Perhaps the best marker of how good your pitch is is when nobody is talking about it. Much like a good referee.

"There was no guarantee I could make it better than it was but I knew through hard work and doing the right things on a regular basis, we'd have a chance," says Tingley.

"The pitch failed before as the right things weren't being done on a day-to-day basis. It can be quite scientific but it's not rocket science."

It's taken a fair amount of spade work from Tingley's nine-strong staff and a certain amount of cash to fulfil his vision.

"The club have invested massively in my department," he said. "Clubs want a good pitch but some are not willing to pay for it. Here they do."

For starters, there is the gas bill for the undersoil heating and the electric bill for the six lighting rigs, which provide artificial light to help stimulate growth, essential in the absence of regular sunshine during the grey winter months. They are what create the hazy orange glow you'll occasionally see over the ground at night, especially when it's foggy.

"Such is the demand for quality pitches in the Premier League that we use the pitch lights to ensure quality of surface, particularly as we cannot control the weather. The glow is due to the open nature of the stadium," said Tingley.

The upshot of the investment has been a happy bunch of players. 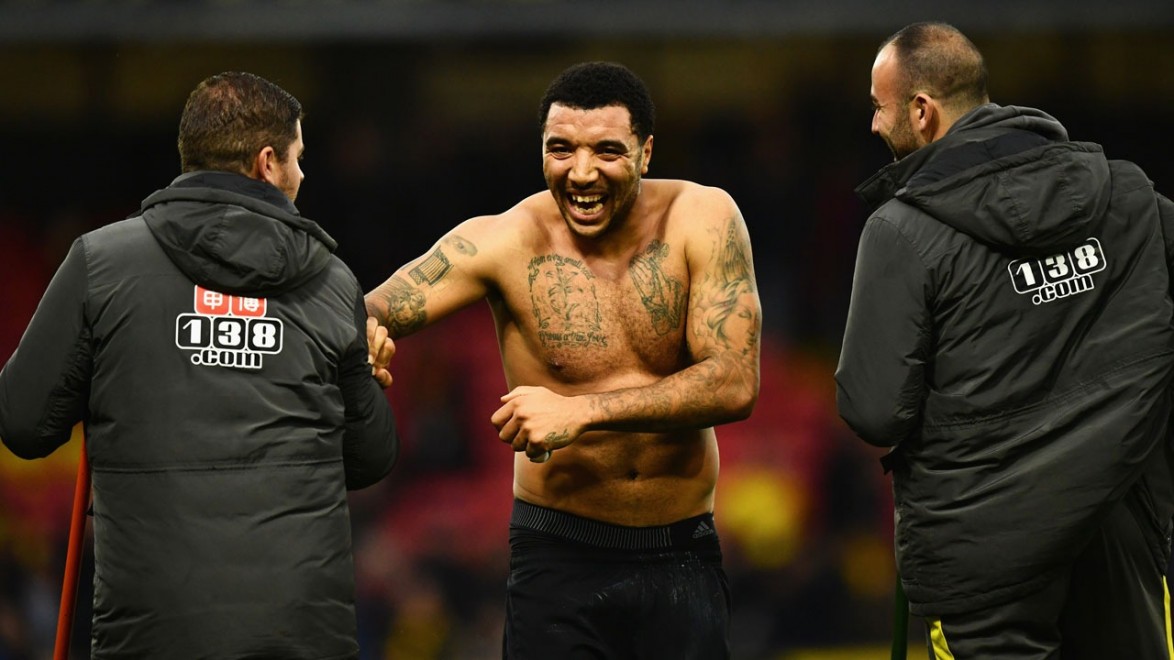 "The feedback has been good," says Tingley. "Amrabat is very complimentary, although he always asks me to cut it shorter every week. Troy said he wants to come out and find the same thing every week. They want to know what boots they are going to wear before they even walk on it .

"They want to know it's not going to be drastically different from the week before. It's about creating a surface the ball rolls truly on, rolls to the right speed and that the players have faith they can turn and go in a different direction and that the pitch isn't going to move underneath them."

Tingley knows what he's talking about as he comes from good stock: his father was head groundsman at Wembley for 10 years.

"He comes down [to Vicarage Road] now and then to see how I'm getting on. It's nice to have his support and be able to pick his brains."

Tingley is now able to head to the annual groundsmen meeting at Premier League headquarters next month more confident than he was last year. Watford must be in with a shout of being one of the five highly-commended pitches. Then there is the Institute of Groundsmanship awards in September.

"People have said it's one of the best pitches in the Premier League this year," says Tingley.

"I'd like to believe that, but you've got some very experienced groundsmen up and down the country producing good pitches for what is the best league in the world. But if the board here think we've got the best pitch in the Premier League, that's good enough for me. That's who I'm here to do it for. It's just nice to go home and see it looking good on Match of the Day."