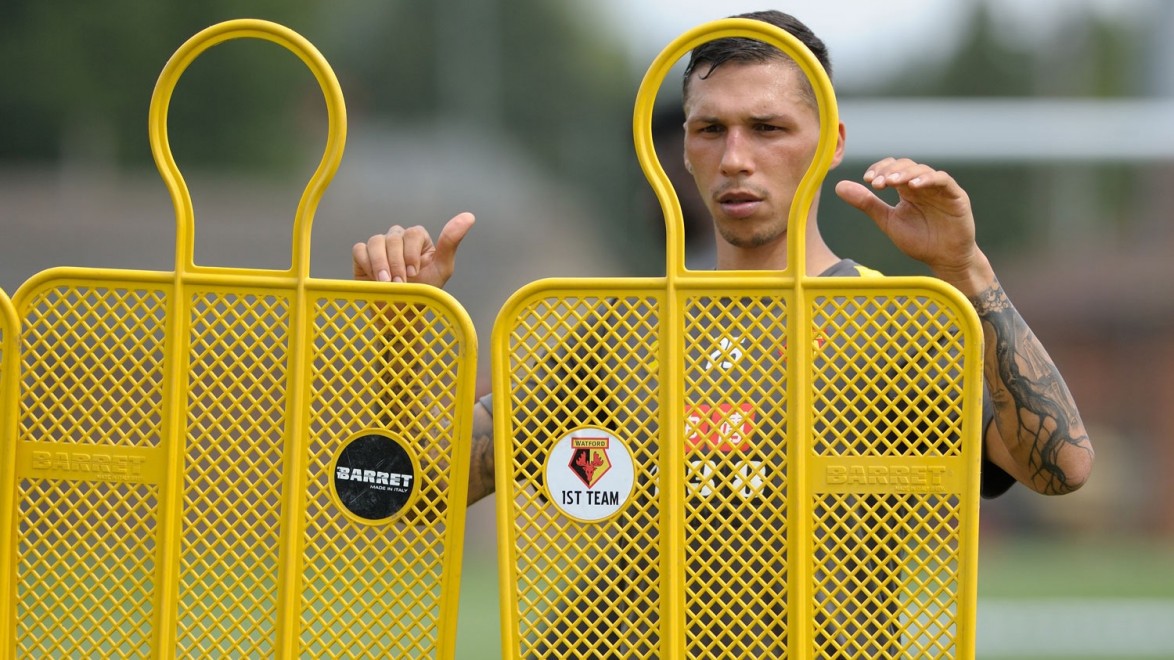 José Holebas is not an easy man to pin down.

"I'm not doing anything," was his response when the idea of this in-depth interview was first floated. Charming. His stance softened slightly at the second time of asking. "I'll do it but not today." He then asked for the questions to be emailed, conveying a lack of trust and a nagging sense this wasn't going to happen. We eventually nailed him down, a week later, but not before we had someone covering the exits so he couldn't do a disappearing act.

He likes to play hard to get, you see, and his obstinacy is a bit of a running joke at the training ground. "Blimey, you've changed your tune," said Troy Deeney. "You said you weren't going to do anymore interviews."

Ben Watson and Sebastian Prödl both walked past chortling, either at Holebas' change of heart or at the unenviable position we found ourselves in of interviewing Mr Angry, the man who gives the impression everything and everyone is against him.

We thought it would be best if we started with a few gentle tosses, a few looseners to get him warmed up. This must be one of the best seasons of your career, we asked. "No, I've had better seasons," he snapped. Ok then. How about the form of the team in the first half of the season? "It makes me mad when we lost so many stupid points," he replied. Right. 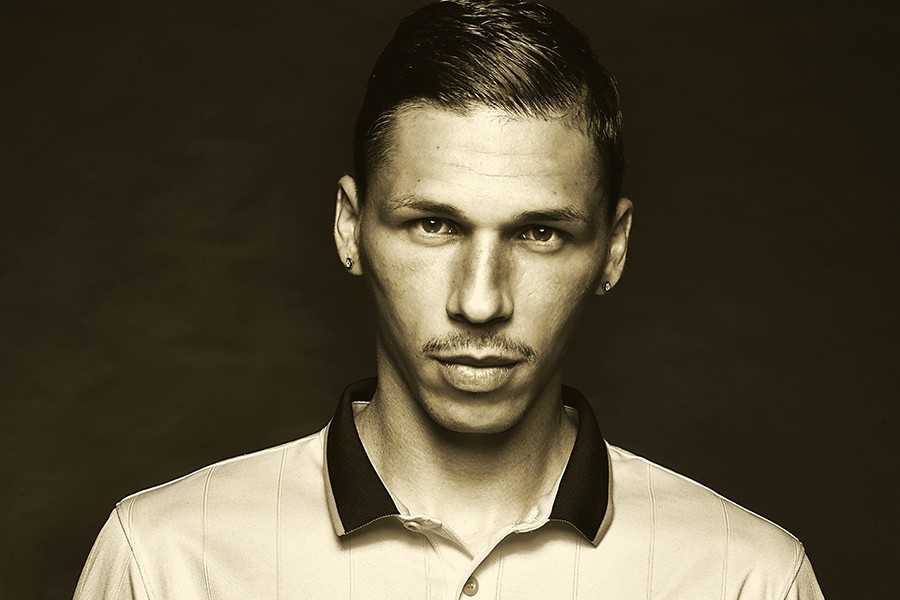 But things get better as our 20-minute chat progresses and Holebas starts to talk fast and loose. He warms to the interview and you warm to him. He even smiled at more than one point (honestly, he did). Yes, he's got a split personality but it's something he readily acknowledges. He doesn't pretend he's something he's not, which is kind of endearing.

"It [my personality] is like two pairs of shoes," says Holebas. "That's what we say in Germany." He tries to put it another way. "I put my glasses on when I leave my house for work." By that he means he puts his game face on, applies his war paint, even for training.

A little bit? That's like saying he picks up the odd yellow card. Why the act then? Why the need to be so outwardly brusque?

"Sometimes it is better to be closed than to be open to all the people," he says. "It protects you more. I learned it like this, not to let someone in who doesn't know your life." Like his father, perhaps, who we'll come to later.

Holebas isn't one to hang around at the training ground and chew the fat with his teammates over lunch. He's closest to Valon Behrami. "You do your job and you go home," he says "I've got my private life and they have got theirs."

That chimes with Deeney's view of Watford's volatile left-back. "He's a good kid, really," said the captain who is another to call a spade a spade. "He moans a lot but that's just his frustration. He expects a lot, not just from himself but from everyone. He's a good guy and is quite funny when you sit down and speak to him, but people just see him moaning."

Holebas does a nice line in self-deprecation, though. He's well aware of his misgivings.

"I'm always hard on myself but I get really frustrated and get stupid yellow cards because of that," he said. "That should not happen with me as I have experience. But when you are emotional it comes out."

Only two of his ten bookings, which are two more than anyone else in the league, have come in victories, which backs up Holebas' theory that he only loses his rag when things aren't going his or the team's way.

"I want to win games," he says. "I'm not here for a holiday. People see my attitude but when we are losing, and losing really easily, this makes me really mad. I'm showing my emotion on the pitch when I'm frustrated and people then see me in the wrong way.

"I am always like this since I started my career. You can be happy at the end of the season when you have done something good. I am happy when we win but I'm not the guy always showing it as I want to reach something else. I don't want to be near the bottom [of the league]." 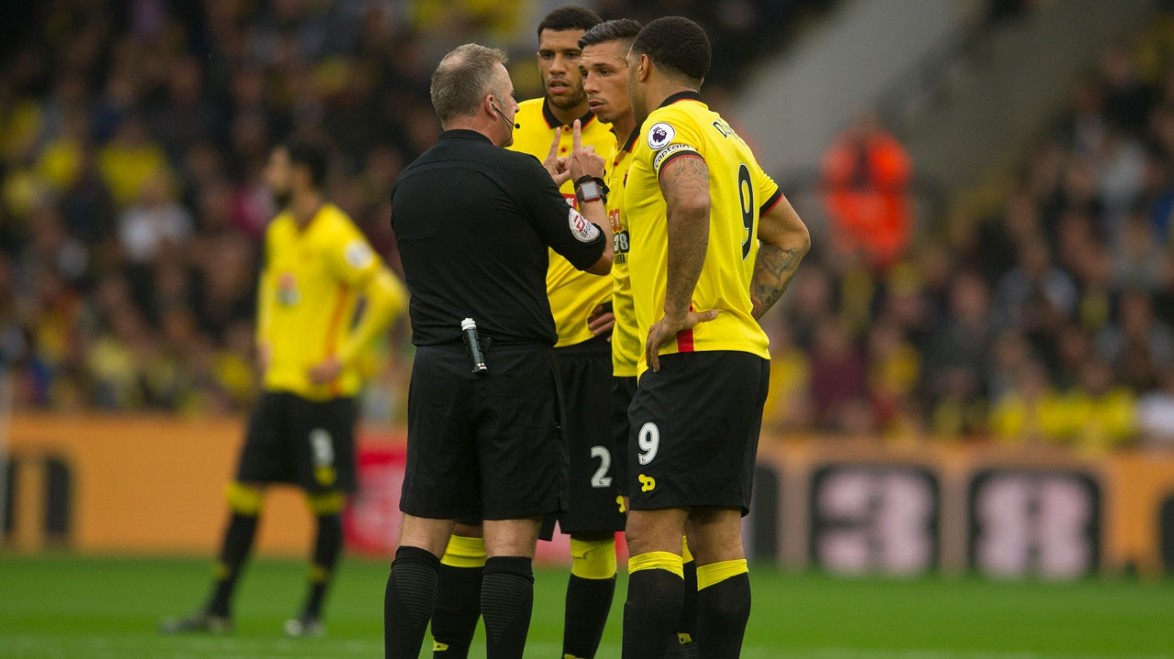 Holebas is as outspoken off the pitch as he is on it. If something is not quite right then he's not afraid to say it. He struggles to bite his tongue, even when the referees' chief came to visit at the start of the season.

"I said really openly in the meeting that we can't speak to them anymore," he recalls.

"They said it's not like that and that they'll look at it [the situation] but it's always the same. I don't know what is going on with them. They are whistling for stuff that's ridiculous.

"You get a yellow card for an easy foul. I have got yellow carded for twice arguing with the referee but you are not allowed to speak. We've had hard decisions and that's why I have so many yellow cards. I'm a defender and sometimes you have to make a tactical foul. What can I say? I always try to stop it but I don't want to concede a goal."

How does Deeney deal with Holebas when the red mist descends? Is there anything he can say to calm him down?

"You don't have to handle him – you just manage him," said the captain. "He knows what he's doing as he's been at the top level for a long time, ten or 11 years. He's played at big clubs and in big games. There is not much I can tell him. I just have to keep him on the straight and narrow and tell him he's being a bit harsh on this person or in a situation. Generally, he's no bother."

Deeney says he sees a different side to Holebas on the rare occasion he lets his guard down and discusses his family. And Deeney is spot on. Holebas' face lights up when discussing his wife, Diana, his teenage daughter Tanisha, his French Bulldog and life living in Bushey.

"My private life is perfect," he says. "I'm fine at home and really good there. I have my wife. She is a really strong person behind me, she pushes me a lot and she makes me happy. I have my dog who I have had five years, nearly six and my daughter [from a previous relationship] who lives in Germany. It's not that easy to see her but I arrange that she comes over in the holidays or we go to Germany."

Family is big for Holebas because his family is, well, big. He has two sisters, a brother and a total of ten aunts and uncles. "My mother is not really interested in football but she is really proud of what I'm doing. I do not have much contact with my father. He broke up with my mum when I was a baby." 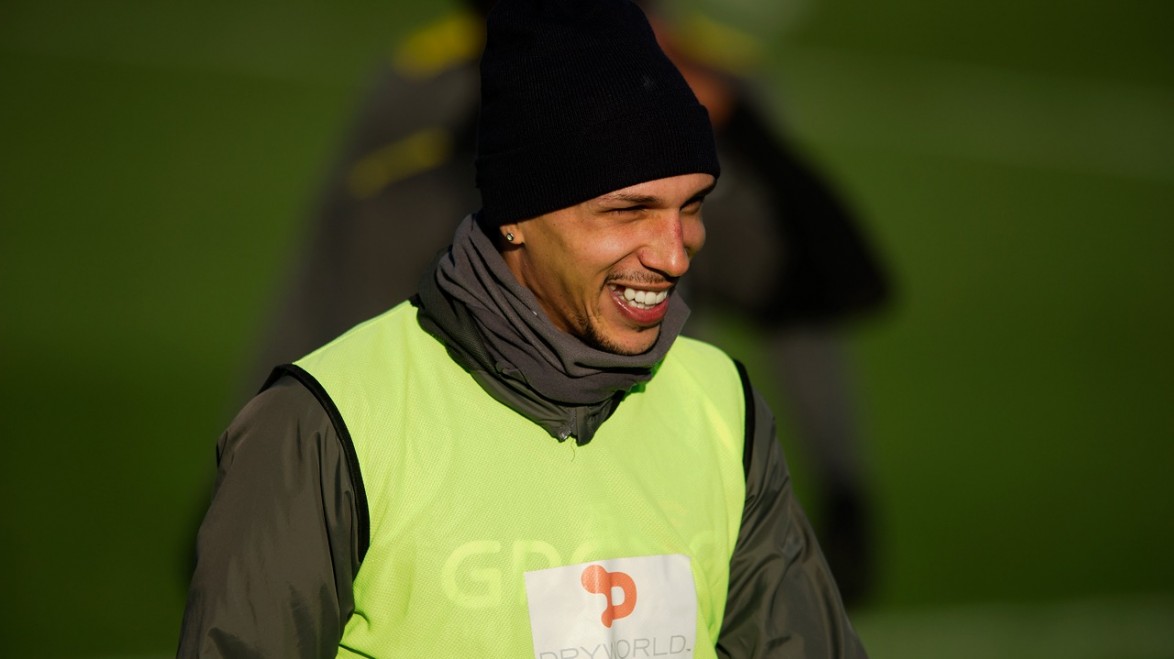 Holebas' mother made sacrifices for him, ones he later heeded when shelving a promising football career to work double shifts on either the production line at a microchip factory or as a warehouse assistant. At 18, he felt he needed regular work to put food on the table for his then girlfriend and his new-born daughter. Football had to wait.

"It was what I had to do. I had to feed my family. It was eight hours a day, maybe nine, maybe ten. It was hard work but when you want something, you can work for it."