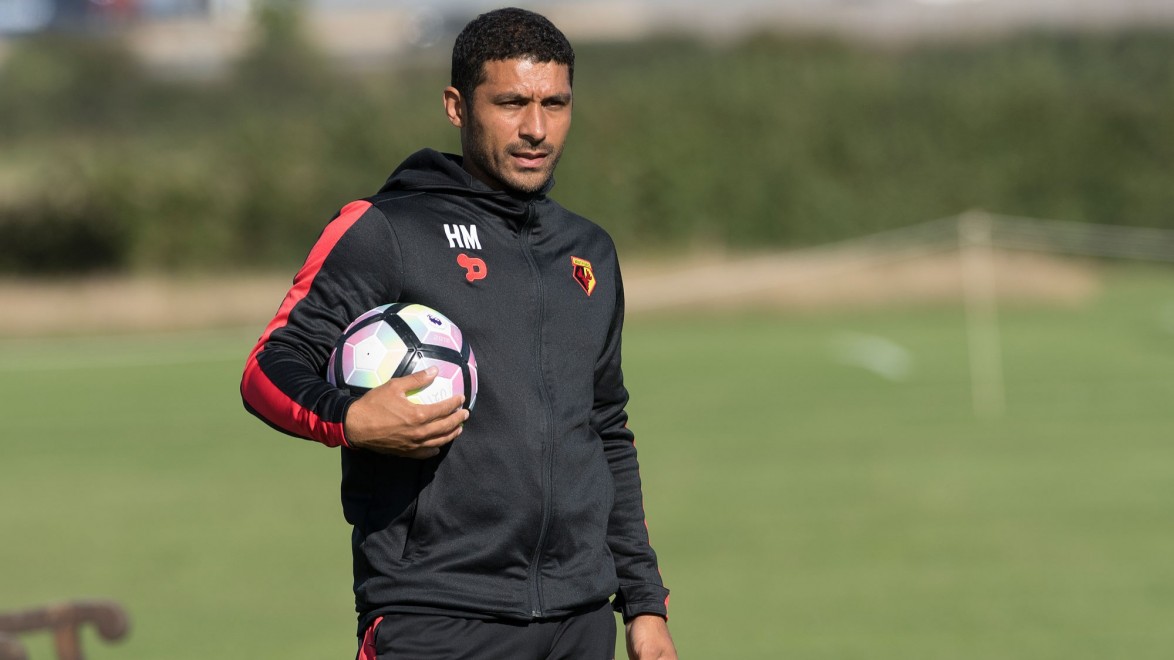 There are five people on the payroll at Vicarage Road who can lay claim to having played in an FA Cup final: Ben Watson, Adrian Mariappa, Tom Cleverley, Harry Kewell and Hayden Mullins.

Mullins, Watford's assistant Under-23 coach, should really be out on his own as the only man on the books to play in two.

The smooth-passing midfielder played in the 2010 showpiece (the one where Chelsea beat Portsmouth thanks to a winner from Didier Drogba) as a makeshift left-back of all things – "I was the happiest left-back in the world" he says – but should really have played four years earlier in probably the best final of the modern era.

He had been measured up for his cup final suit along with West Ham teammates in the spring of 2006 when he was needlessly sent off, along with Luis Garcia, in the dress rehearsal league game between the Hammers and Liverpool. It meant he missed the 'Gerrard Final'.

“That was really bad,” said Mullins. “I didn’t realise at the time how big a thing it was.”

There were only eight minutes left of the Premier League game when Garcia, on as a sub, caught Mullins in the back with his elbow. Keen not to take a backward step, Mullins responded by pushing the Spaniard. It was handbags stuff, really.

“I remember [Alan] Pardew saying we wanted to throw down a marker and show them we meant business for the final, but for no-one to get sent off as you'll miss the final, but I got sent off.

“I remember going to see the ref afterwards with Garcia. We knocked on the door to see if we could get it overturned somehow but he was adamant we couldn't.”

Mullins was gutted. “I remember asking Pardew if I could go away for a couple of days with my family but he said he wanted me around to experience it. I ended up sat on the bench with the boys. It ended up being one of the best finals ever.”

Mullins was not the only one who thought West Ham had won it as the game ticked into stoppage time. “I remember going to the toilet in the 89th minute,” he said.

“I was busting and, as we were winning, I wanted to make sure I could celebrate. As I came out there was this massive cheer. Gerrard had scored. He was only man in the league who could have scored that day.” 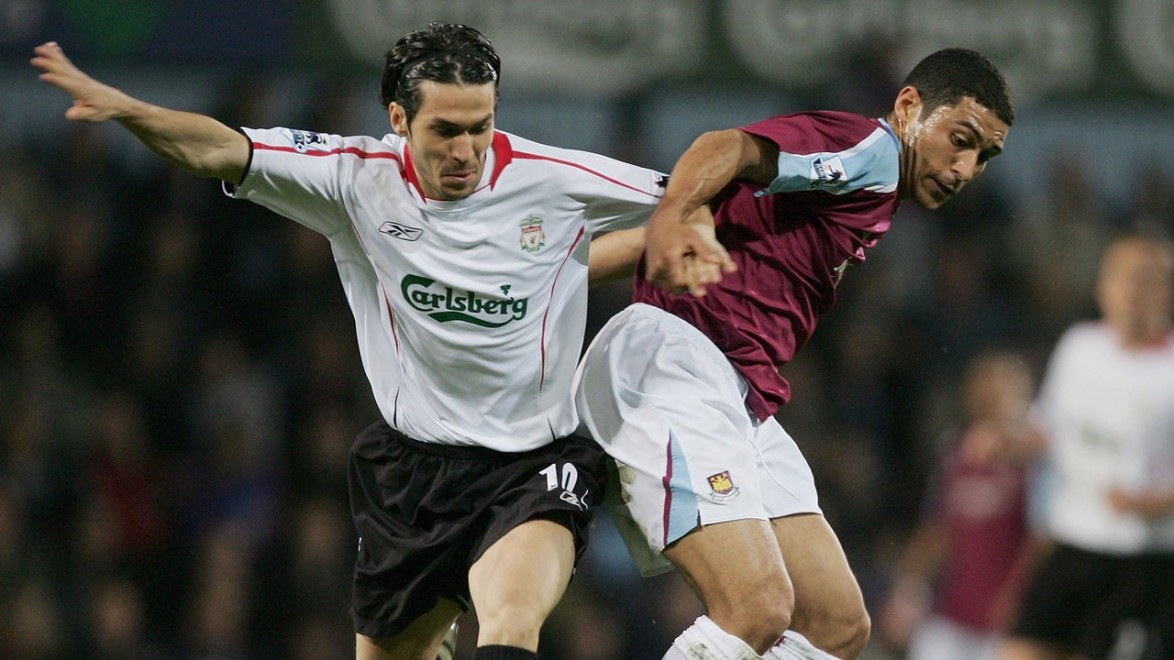 Kewell was in the Liverpool side. “I think he came off injured,” said Mullins. Their association stretched back further than that balmy day in Cardiff.

“Our paths first crossed in the FA Youth Cup in 1997, Leeds against Palace. He was the standout player and was bigger, quicker and stronger than anyone else. He was a very good player.”

With their boots hung up, they met up on a B Licence coaching course in Northern Ireland the summer before last. “We got on alright and stayed in touch. We hadn't planned to do anything together but then a position opened up at Watford and it went from there.”

Mullins is very laid back, very softly spoken and you get the impression he is the good cop in his coaching union with Kewell.

“Harry is very headstrong,” said Mullins. “I can have a bit of a grumble but I won’t throw tea cups. I'll make my point and have a shout but Harry is more of a tea cup thrower, trust me. Whatever is in the way, he'll let them have it.”

“We hated being involved in them,” said Mullins.

“They are the worst. You can't sleep as you are thinking about it. But we have to look at it in the cold light of day and run through it with them on video and try to pick out points they might learn from.”

Mullins maintains that player development will always come before winning. Nobody will remember the Under-18s won their league last season, but the fact Michael Folivi, Carl Stewart and Brandon Mason made their first-team debuts this season will be recorded in the history books.

“We spoke to people who have been in this job a lot longer than us and you have to look past the results,” says Mullins. 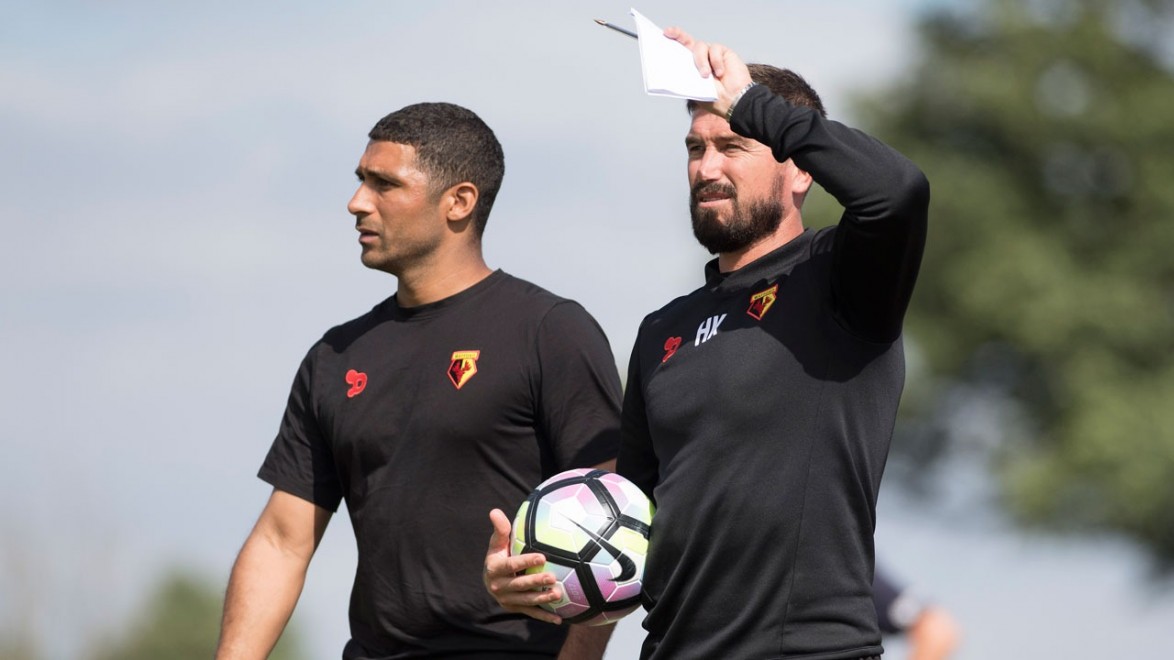 So what is the role of Under-23 football?

“We are just trying to develop and help them as much as we can. We've been really happy with the development of a lot of the boys. You learn it's not all about results, although it's hard not to look at them.

“You've got to look at the development of individuals, like Michael Folivi, Carl Stewart and Brandon Mason; Dennon [Lewis] and Alex [Jakubiak], who are both out on loan. Hopefully that is where we are affecting the boys in readying them for the next step in their journey, which is first-team football. It's not easy but if we can help, then great.”

Mullins, 37, looked after the loan players at Reading before he moved down the M4 and round the M25 to London Colney last summer.

“The one thing I've struggled with in Under-23 football is that it's really nice on the eye, but it needs to be realistic. You need to get them ready for the first-team.”

Mullins was readied for his playing career, one that spanned 562 league starts mostly in the top two divisions, in an old-school way.

“It was completely different and was a lot harder than today,” he says.

“It was tough. We'd get in an hour before everyone else, make sure the place was clean, you'd make sure the pro's kit was ready for him and that his boots were done before he got in otherwise he'd nail you for that. I used to clean the boots of Dean Gordon and John Salako.

“Only once you’d done all that could you have your breakfast. These boys are privileged: they don't really have to do jobs. I'm old school, it should be back to the way it was. It keeps you grounded and humble at a time when there is a lot of money in the game, you can take your eye off the ball.”

Mullins has all the badges but, like Kewell, he’s very much learning on the job and at an embryonic stage of his coaching career.

“I want to learn here and improve and get better. If the opportunity arose, one day, I'd love to do first-team stuff, whether that would be here or somewhere else. I'm more than happy here and working with the Under-23s. Me and Harry love what we do and we are very passionate about it. It's a tremendous place to start.”

Mullins has spent his career around the training grounds of West Ham, Portsmouth, Crystal Palace, Reading and Birmingham, so is handily placed to judge how Watford are faring in their attempt to establish themselves among the game’s elite.

"It's a fantastic set-up,” he says. “The boys get the treatment. The food is fantastic, the pitches we use are unbelievable and we've got a little stand now for our match pitch. The club is geared to kick onto the next step and push forward and maybe look at European football."