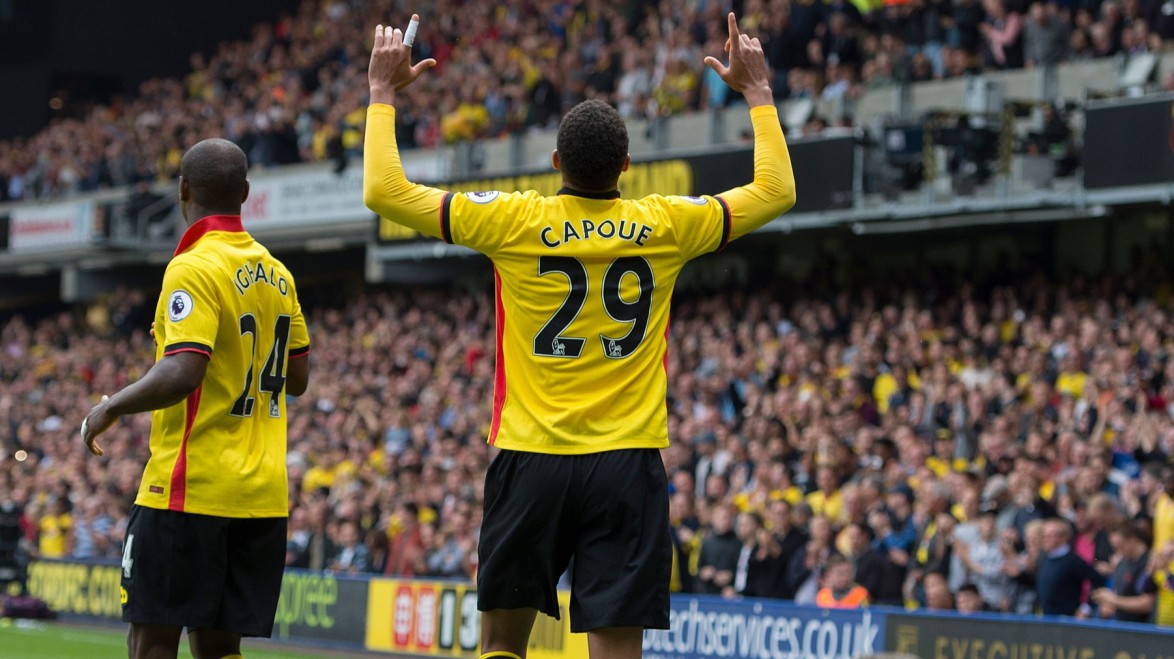 A good debate to have in the pub is who is the best value for money signing of the Pozzo era.

Heurelho Gomes would surely top the list having provided stellar service since he was snapped up on a free in the summer of 2012, but you could easily make a case for Sebastian Prödl, Odion Ighalo, Almen Abdi and Craig Cathcart.

Étienne Capoue doesn’t really come into contention as he cost a then club record fee, but he does have the distinction of making what must surely rank as the bravest and boldest move of all the Pozzo signings who have walked through the door.

Capoue was on a sweet deal at Tottenham Hotspur when Watford came calling and, even though he was surplus to requirements at White Hart Lane, there are many who would have stayed and just sat out the remaining years of their lucrative contract.

From the outside, Watford were not a particularly attractive option. They had no head coach in place, were tipped to go straight back down and, at the time, had only managed to attract Giedrius Arlauskis and the then unheralded Prödl.

Getting Capoue to sign on the dotted line represented so much more than another midfield body. For starters, it spoke volumes for the persuasive powers of Gino Pozzo and Scott Duxbury. Cardiff had tried to get Capoue when they were promoted but failed.

Here was also evidence that Watford meant business and that they were able to sell the vision to international players in the prime of their career. Capoue acted as a beacon and made the sales pitch to the raft of signings thereafter a much easier sell.

The fact Watford had to deal with super agent Mino Raiola, who also represents Zlatan Ibrahimovic and Paul Pogba, to get Capoue was also another indication they had reached the big time.

“My agent told me Watford wanted to sign me but they were not in the Premier League,” said Capoue, indicating Watford had begun planning for the prospect of life in the top flight well before the promotion champagne had been cracked open.

“After I knew they were promoted, I called Gomes and he explained to me the inside of the club and how it was working. I then had a call with Gino and it was a very good phonecall. Straight after I understand what he wants to do with this club, what’s his goal. I signed without doubts. It was clear for me. He told me he was going to sign a lot of good players. I think I was the first.”

Capoue was almost joined by Spurs teammate Benjamin Stambouli. “I was talking with him as well and pushing him to come here but he chose PSG instead,” said Capoue. 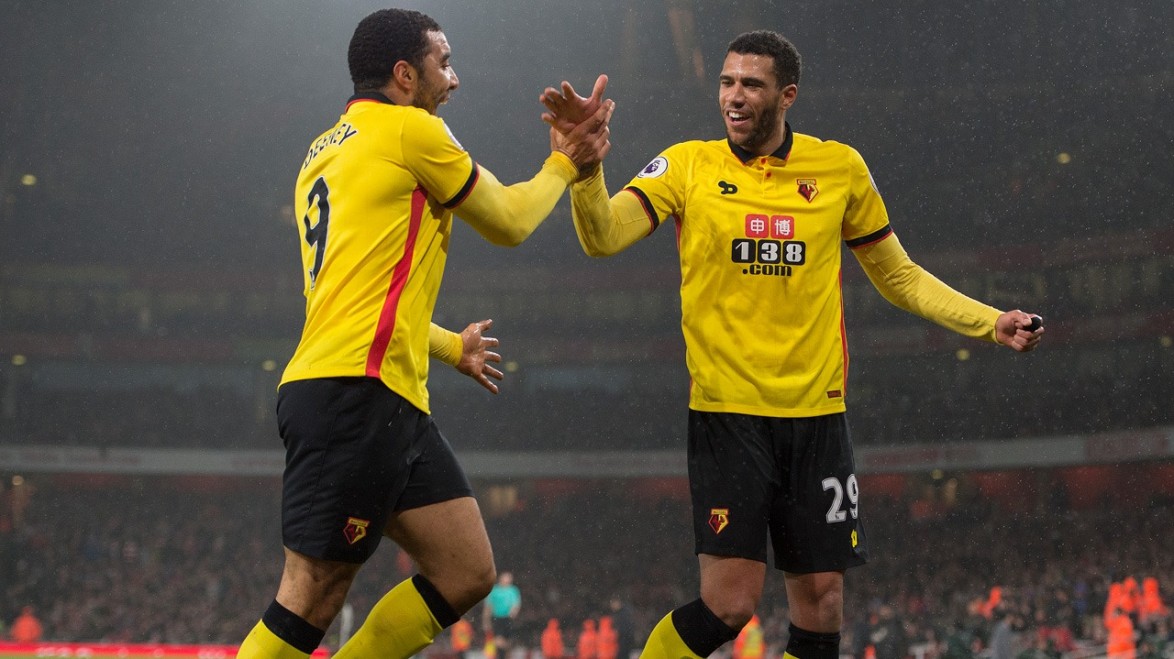 Capoue, now 28, has no regrets whatsoever and wants to stay beyond the expiry of his contract in 2019. “I am very happy here,” he says. “I am part of the project. Since I signed I feel very comfortable because the club is like a family, they take care of you. There is a lot of good people here. Now I am part of the family.”

There are few, if any, more naturally talented players than Capoue to have worn the yellow shirt of Watford. If you are fortunate enough to watch him train then you see a Rolls Royce of a midfielder, someone who oozes class and style in just about everything he does.

His finishing is on a par with any of the strikers. He has a real swagger that only players of his ilk can carry. Quique Sanchez Flores likened him to Tiago and Ruben Baraja.

The frustration is that he cannot reach the level he did against, say Arsenal away when he ran the show, on a more consistent basis. But then if he did, let’s face it, he would probably still be at Tottenham and have 50 international caps to his name (he has just seven).

“Yes, Arsenal was my best performance so far,” he says after a couple of goes at attempting him to reflect on just how good he was, particularly in the first 45 minutes, on that night at the Emirates. “We gave everything and I shined because I was in the right place at the right moment. I made good choices that day.”

Does he not wish he could play like that every week? “Of course, but football is hard and to repeat the same game is hard as all games are different. It is difficult to show yourself at your best all the time because you need to understand what your opponents do to try and counter them.”

The laconic Capoue can convey the impression of someone who is not fussed if he wins, loses or draws, if he plays well or not but that’s not the case. Appearances can be deceptive.

“Maybe this is weird but I insult myself hard during the games or during training. This pushes me.” 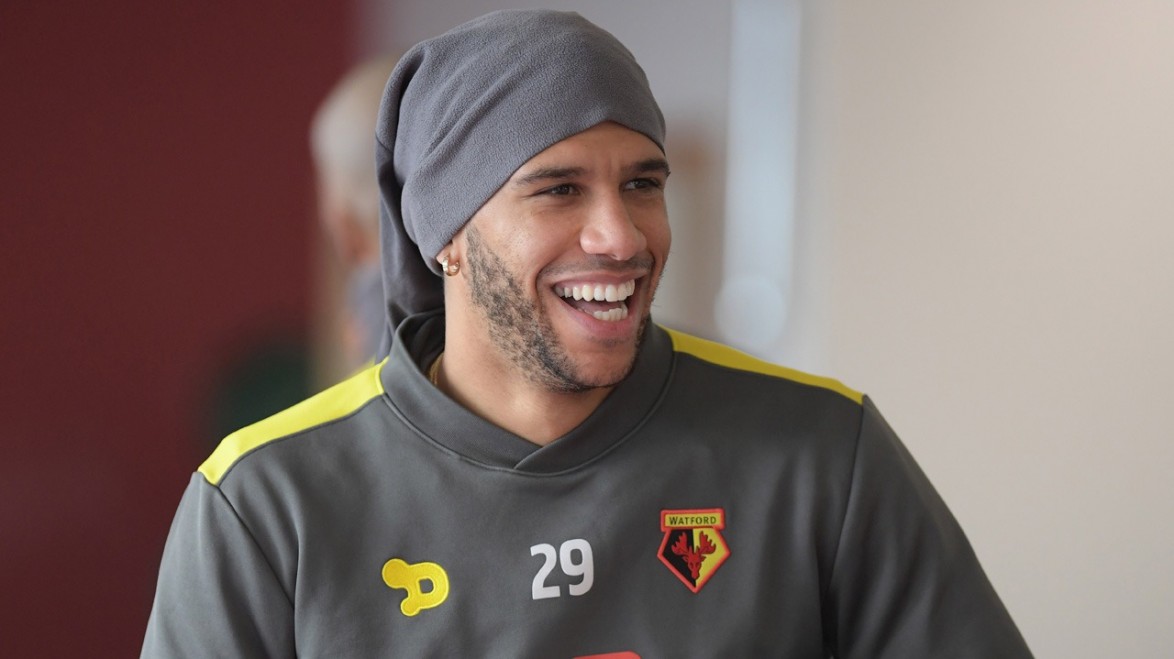 Capoue won't mind us saying he’s not a student of the game. He doesn’t rush home to his place in Hadley Wood to see his wife and two kids and put Sky Sports News on or to catch his goal on Match of the Day. He doesn’t eat, sleep and drink football. He didn’t, for example, watch one of the greatest El Clasicos in living memory recently.

“I don’t watch games and I don’t have social media,” he says. “I’d rather watch NBA.”

Capoue is a massive basketball fan, you see. His team is the Cleveland Cavaliers, the team of his idol LeBron James.

That’s if he can get the remote control off his two-year-old daughter and three-year old son, that is.

“I like to be home with my family,” says the youngest of three Capoue brothers.

“When I go home, football is finished. You go home and see your wife and kids and they don’t care how football is. I play with them and I forget straight away what I did at football. This family is going to stay with you for your life.

“Football will stop one day but your family will be with you for your whole life. I need to give them a lot. My son has just started to kick a football and I kick the ball with him in the garden. They come to the games and sometimes I bring them to the pitch so they can feel what I am doing every weekend. They like it and look at me with shining eyes. That is priceless.”

Capoue has such a zest for life and is always at the centre of any jokes or pranks that go on on the training field. He's the heart and soul of the dressing room. It’s hard to imagine him telling off his children or even losing his cool. He has an infectious joie de vivre.

“I try not to be angry because that is to waste your time," he says.

“I try to turn a bad thing into a positive thing. There is no point being angry. I like jokes, yes. Life is good, no? You need to enjoy the life. If you are not happy here [as a professional footballer at Watford] then where are you going to be happy?”